The four-story home was originally designed by architect William M. Miller and built in 1898. It’s located in the Prospect Lefferts Gardens Historic District in Brooklyn, so when GRT Architects renovated the structure in 2018, they made sure to keep the facade true to its roots. GRT Architects took a “gradient approach” to the renovation of this historic townhouse by carefully weaving in modern modifications from the front to the back.

William M. Miller’s homes in the historic district are known for their combination of Romanesque and neoclassical ornamentation. GRT Architects took a light touch to the exterior of the four-story townhouse, replacing the home’s windows with custom-made insulated replicas of the originals.

The townhouse had seen modifications over the decades since its construction. In 1940, the ground floor was converted into a doctor’s office, and at another point, a two-story rear addition was installed. The architects were tasked with lightly reorganizing the interior spaces and knitting the home back together.

“When working on historical buildings, we begin by establishing an attitude of new to old,” said the firm. “As landmarked buildings require a literal approach to facade preservation, we set a gradient from invisible improvements facing the street, to obviously new elements towards the rear.”

Before: The Living Room

In order to blend old and new, the architects “created framed views through the building on every level,” the firm said. “Detailed consideration was given to the way in which portals are marked.”

After: The Living Room

The architects widened the opening between the living room and dining room, then delineated it with brass accents. “Rather than try to match the existing historical moldings, we opted for minimal trim with brass inlays and a broad brass threshold marking the new opening,” they said. 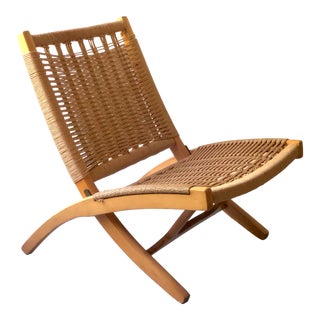 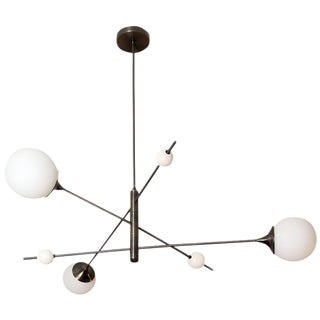 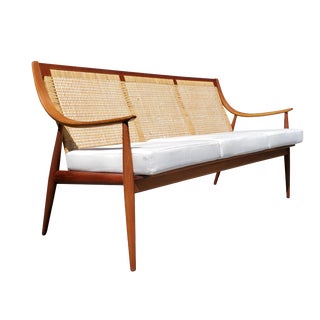 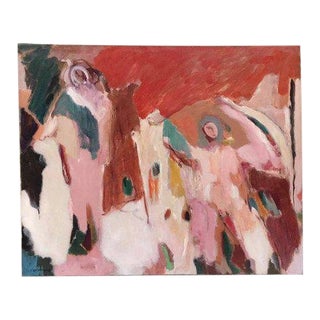 
Before: The Dining Room

After: The Dining Room

“The dining room is a transitional space between the old and new—in this space we simplified the material palate, painting all decorative woodwork matte white to emphasize its geometry over its materiality,” said the architects. 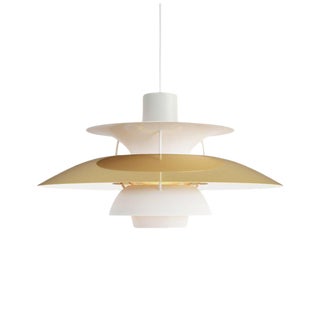 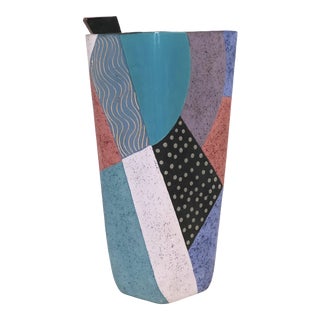 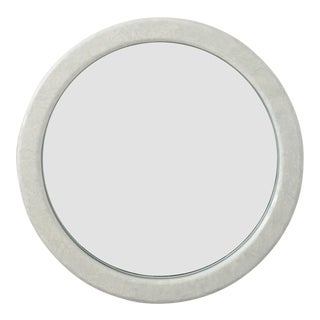 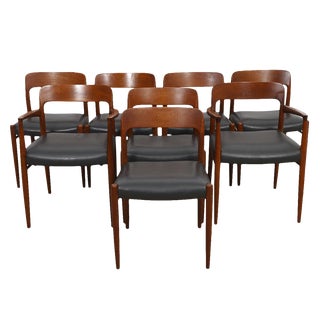 The kitchen was previously located in the rear addition and separated by a door, but the designers relocated it to a space accessible to the dining room. “As the kitchen sits in dialog with unrestored portions of the 19th-century interior, we sought to avoid an ‘over-renovated’ appearance,” said the architects of their approach.

Modern green cabinetry contrasts brightly with the home’s historic shell. Custom triangular brass pulls designed by the architects echoe the brass accents on the nearby threshold between the living and dining rooms. The island top is Marmoleum, while the counter along the wall is stainless steel, which syncs with the Bertazzoni range.

“White space was preserved in the kitchen by creating a pantry in the addition,” say the architects. They continued the “language” of the cabinetry, which also conceals the refrigerator, and inserted a custom spiral staircase to connect the main floor to the garden level. An enlarged rear window that can be seen from the entry brightens up the space.

Before: The Principal Suite

The second floor seen here became dedicated to the principal suite and an adjoining office for the homeowners.

After: The Principal Suite

The principal suite and office are now connected by a pass-through closet. The doors have a light green stain, and the hardware is the same as in the kitchen. 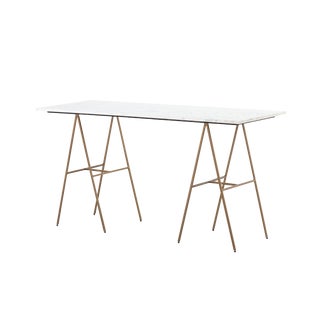 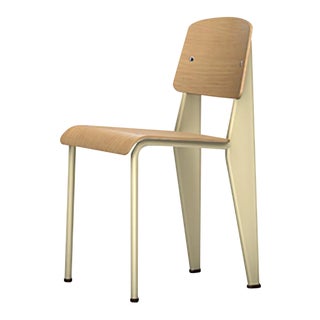 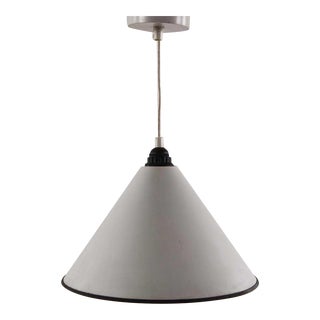 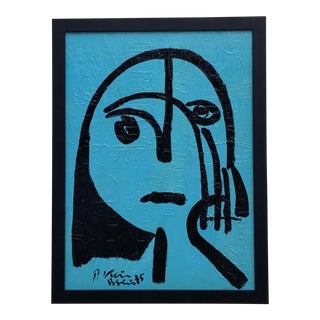 
Before: The Guest Room

“Defunct fireplaces were located on every floor of the building,” said the architects.

After: The Guest Room

The designers refurbished this fireplace surround with deep green Waterworks tile, so as to remain consistent with the color palette used throughout the house. 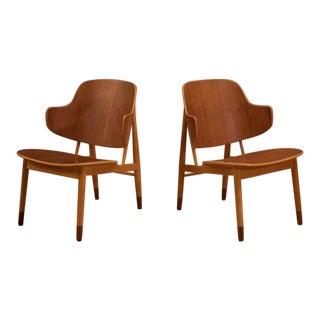 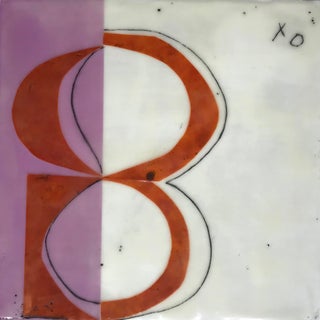 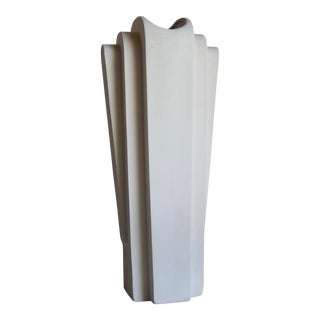 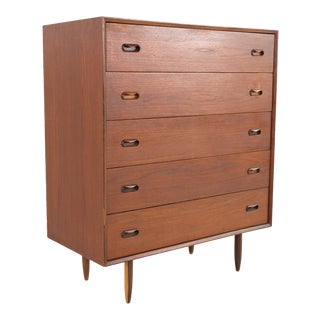 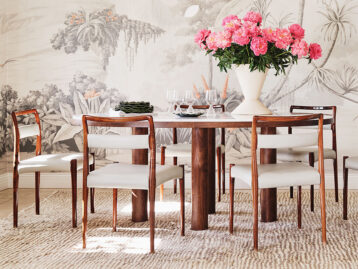 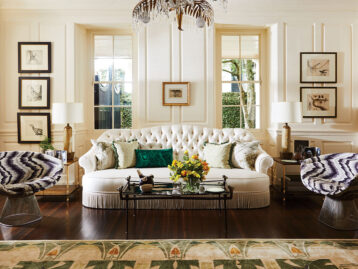 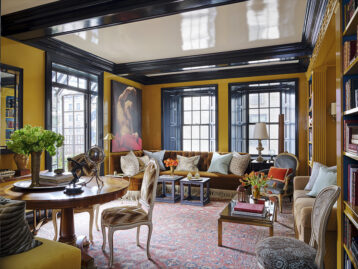 Color at The Carlyle

Garrow Kedigian is no stranger to glamour and gentlemanly living, so... Read More 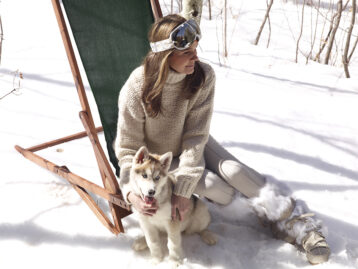 It’s an old adage that when you need an expert opinion, you go to... Read More 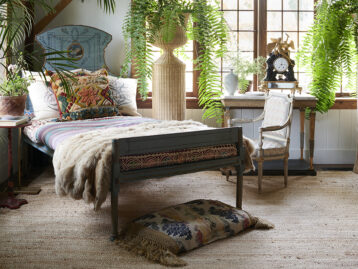 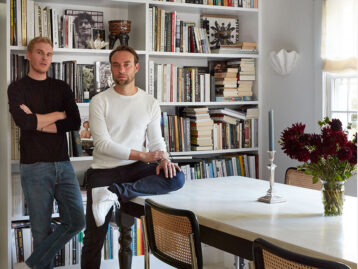