If a certain subset of design authorities had their way, they might succeed in convincing you that minimalism and its many appendages—Bauhaus among them—were ancient history. According to these interior in-the-knows, minimalism and its constituencies have been eclipsed by maximalism, the more-is-more style that encompasses frills, fringe, and fierce animal prints among other less-than-quotidian qualities. But let it be known that minimalism is no shrinking violet. Especially Bauhaus, the pragmatic precursor to minimalism that began in Weimar, Germany at the turn of the 20th Century.

Known for its uncomplicated, yet disarmingly striking chairs, tables, and fixtures, Bauhaus furniture celebrates the sculptural integrity that can be derived from simplicity. Today, Bauhaus furniture caters to both ends of the design spectrum. In one sense, it’s a quaffable design style that endears itself to even the most staunch design oppositionists (i.e. those mulling over how to upgrade from cinder block bookshelves without straying too far from their comfort zone), and on the other, it is an avant-garde genre with the pedigreed price tag to match.

Wondering if Bauhaus furniture is really worth the splurge? While learning about the philosophies that spurred the movement can’t justify dropping a few thousand on a Marcel Bruer Wassily Chair entirely, it can provide illustrious context as to what makes Bauhaus design just so prolific and special. 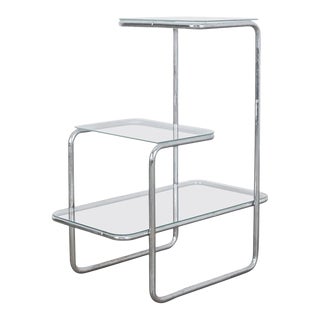 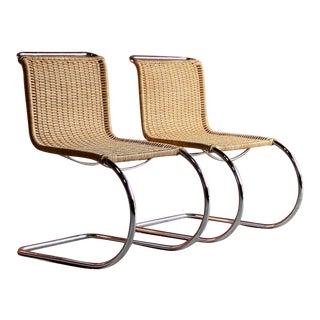 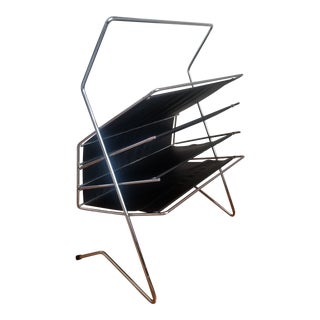 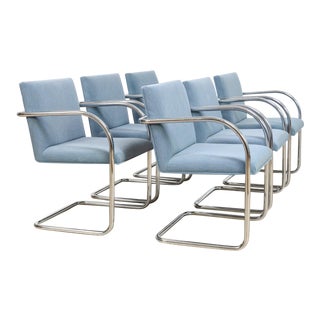 The Bauhaus movement originated in the Bauhaus school founded by architect Walter Gropius in 1919. Guided by the mantra: Art into Industry, the Bauhaus school aimed to liberate furniture from its furbished and festooned past by focusing on forthright finishes that trumpeted function in equal volume to form.

Those in the Bauhaus camp adopted a scientific, form-follows-function approach to design. Rather than concealing the mechanical aspects of a chair or table–be it legs or arms—Bauhauists chose to flaunt those attributes, transforming them from plebeian into prolific and artful. Take, for instance, Ludwig Mies van der Rohe’s token Bauhaus chair, the Brno. Rather than opting for traditional arms and legs, Mies van der Rohe deputized two swooping pieces of chrome, connected by a simple cross bar, to handle the task.

Reducing furniture to only their integral parts allowed Bauhauists to fulfill another one of their collective goals: mass-production. Bauhaus adherents believed that high-end, quality design could—and should—be accessible to all. If the axiom sounds redolent of a certain Swedish furniture purveyor, that’s more than just coincidence. IKEA readily admits to integrating Bauhaus ideology into their business blueprint. As for the original Bauhauists, sofas and other Bauhaus furniture was designed to be replicated with ease. Materials factored heavily into bringing this goal into fruition. Weighty wood was eschewed in favor of lighter, packable materials like leather, plywood, durable textiles, tubular steel, and glass.

Bauhaus’s principles of practicality resulted in some of the world’s most enduring furniture pieces. From Marcel Bruer’s sophisticated, subtly safari-like Wassily Chair to the elegant exactitude of Mies van der Rohe’s Barcelona Chair, Bauhaus furniture continues to compel those looking for vanguard furniture that checks its pretension at the door. 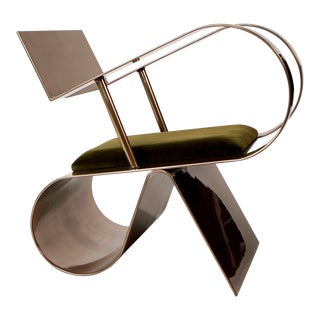 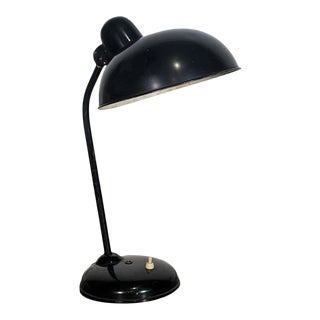 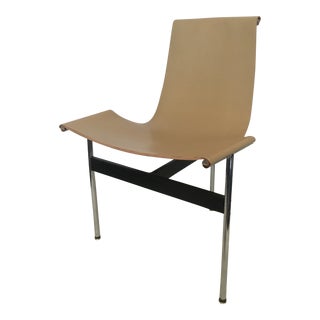 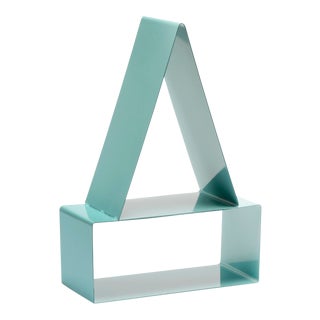 Bauhaus naysayers are likely to call out that a room full of Bauhaus furniture can feel, well, sobering. While that’s certainly a risk—there is after all, no denying that Bauhaus is a bit bereft—the issue usually stems from designing an entire room with Bauhaus pieces.

Stave off office waiting room connotations by breaking up Bauhaus chairs and sofas with pieces that possess textural intrigue, be it dramatic, fiber-based wall art, or upholstered accents in of-the-moment materials like boucle. Bauhaus-influenced designer and architect Le Corbusier was a fan of syncing his famously pared-down furniture forms with fluffy Moroccan Berber rugs to create warmth.

Believe it or not, Bauhaus furniture also partners rather prolifically with 70s-era furniture. For instance, Barcelona chairs can be offset with far-out foundations like puffy-cushioned B&B Italia sofas and ruched Ligne Roset sectionals. 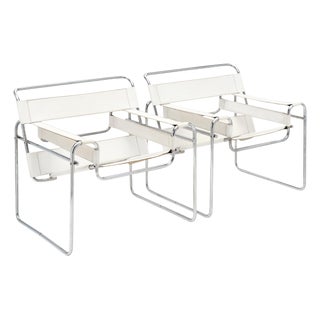 Pair of Armchairs in the Manner ... 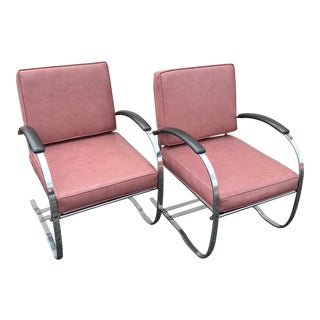 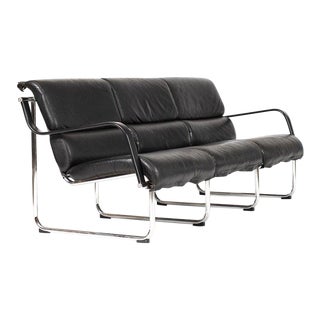 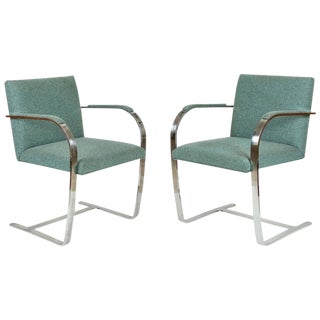 Splendidly sculptural and defiantly un-detailed, Bauhaus chairs are in a league of their own. Here are three iconic styles worth adding to your wishlist.

Designed by Mies van der Rohe and Lilly Reich in 1929 for the Barcelona International Exposition, the Barcelona chair is arguably the most iconic design to come out of the Bauhaus movement. Essentially a low lounge chair supported by a graceful x-shaped frame, the Barcelona chair’s symmetry encourages that they be used in pairs. Black leather paired with high-luster chrome may be the most common combination of the Barcelona chai on the market, but vintage variations do exist and are worth seeking out.

Designer Marcel Breuer’s existential rhapsodizing on whether or not the chair would eventually be replaced by supportive columns of air resulted in the ingeniously hammocked Wassily Chair. Composed of a lightweight chrome frame slung with bolts of black leather, the Wassily chair boldy challenges the notion of what a chair needs to be. Bruer was reportedly inspired by his bicycle for this piece, which was originally dubbed the B3 chair but was later changed to ”Wassily” in honor of the artist Wassily Kandinsky.

Those who swear that they’ll never convert to Bauhaus may be caught off guard at their affinity for Marcel Breuer’s surprisingly sweet Cesca chair. Building off the Bauhaus principle that chairs legs were passé, the Cesca chair features a tubular, s-curved cantilever base that forms both the chair’s back, seat, and front and back legs. A caned seat and back (as well as nickname borrowed from Breuer’s daughter Francesca), makes this chair a Bauhaus anomaly: a charming seat that’s also an architectural feat. 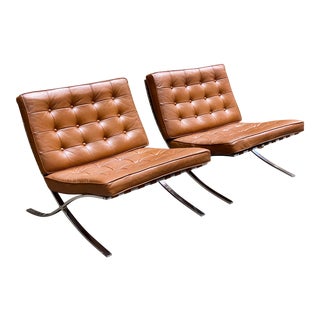 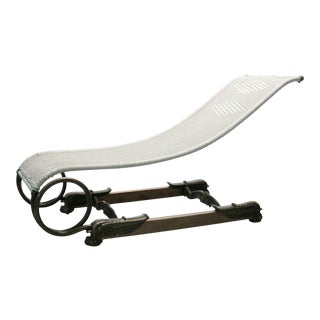 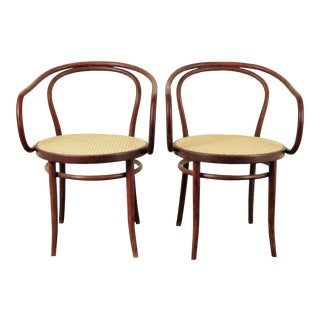 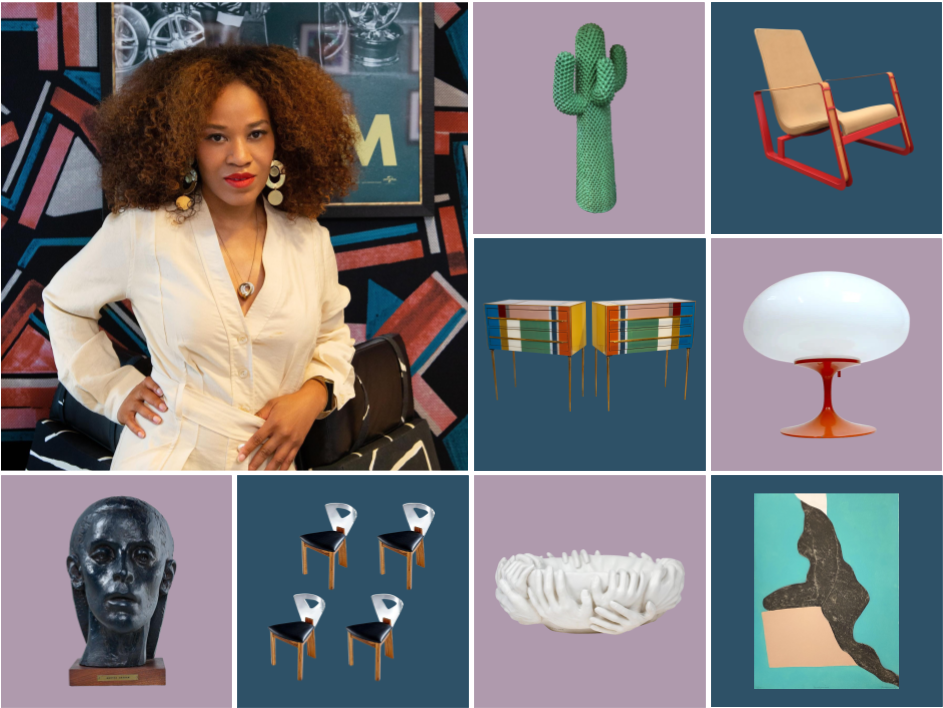 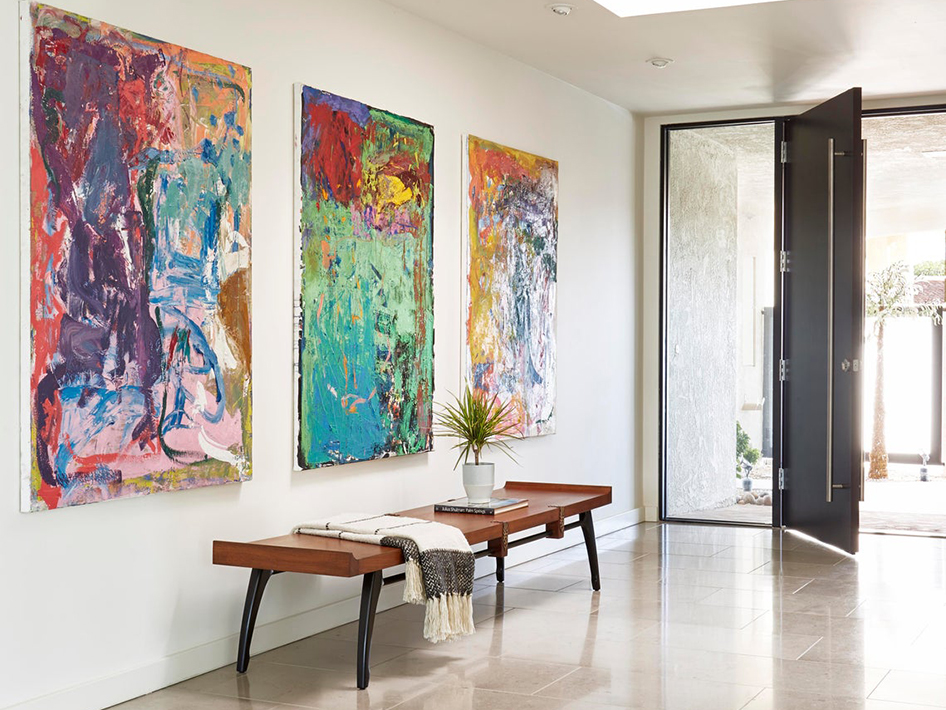 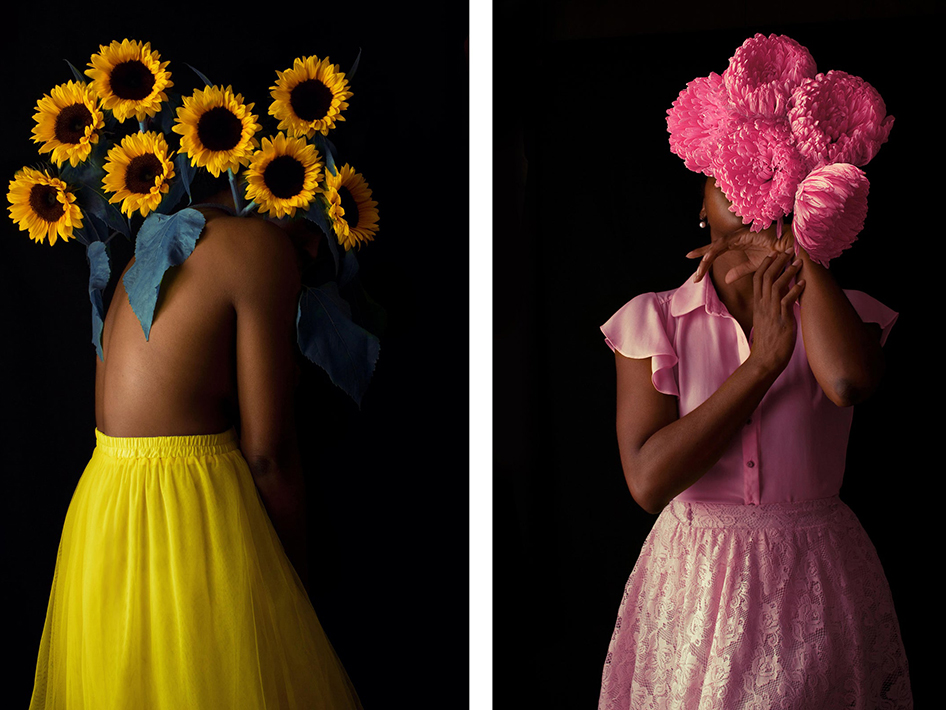 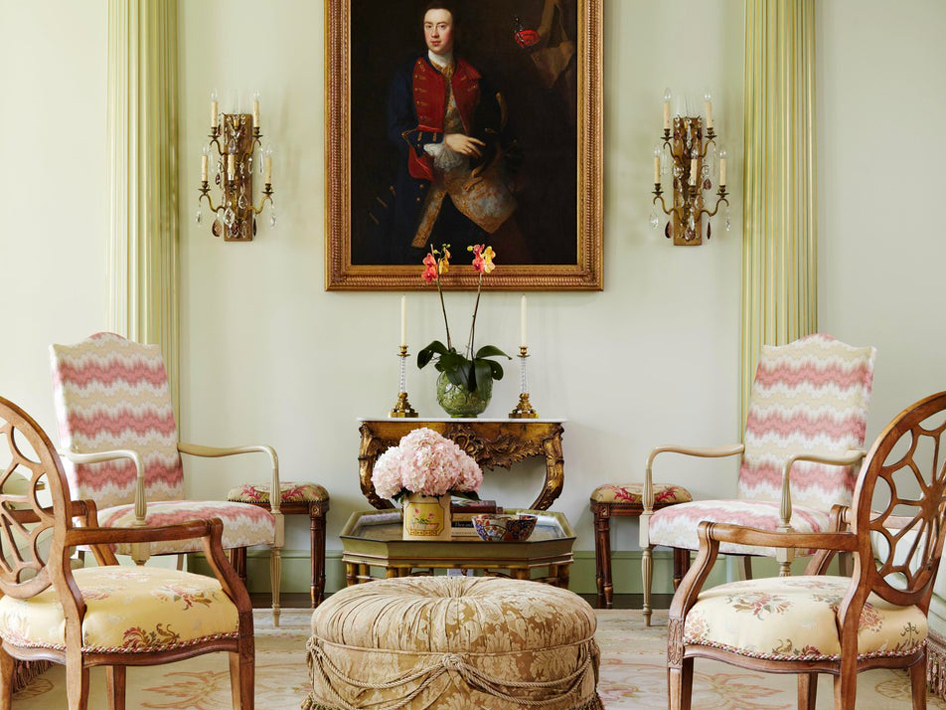 Discover Why Sage is all the Rage

Green and its many constituents, spanning from forest to kelly, have... Read More 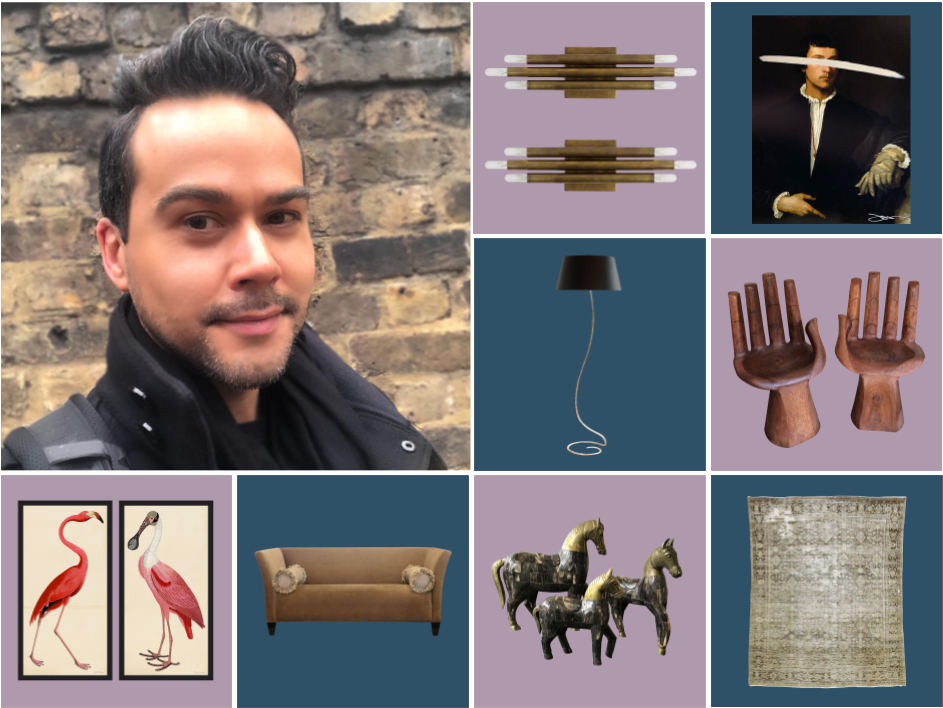 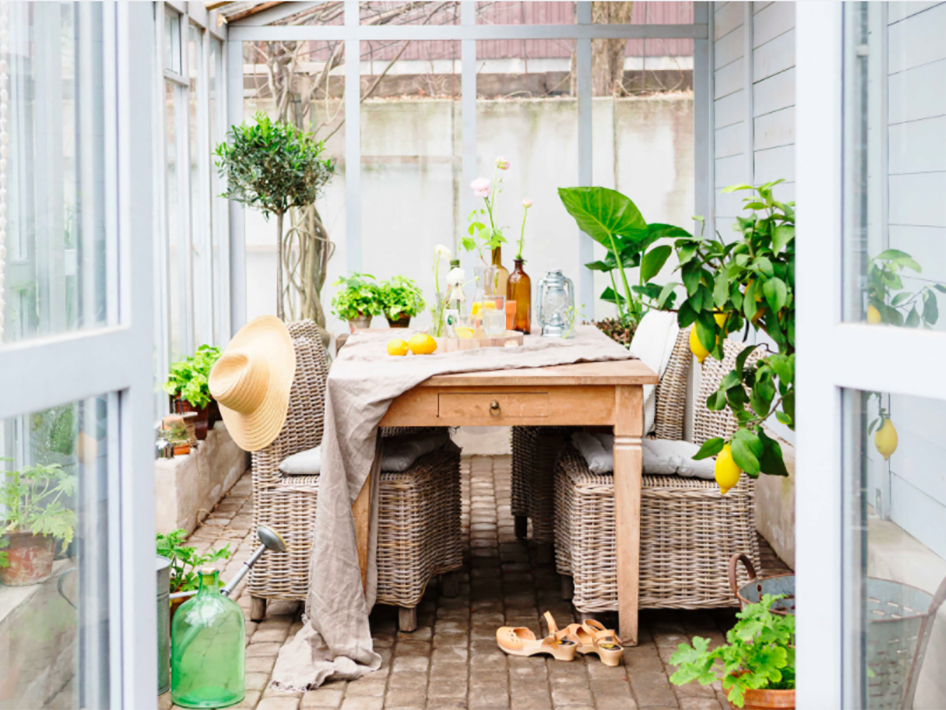