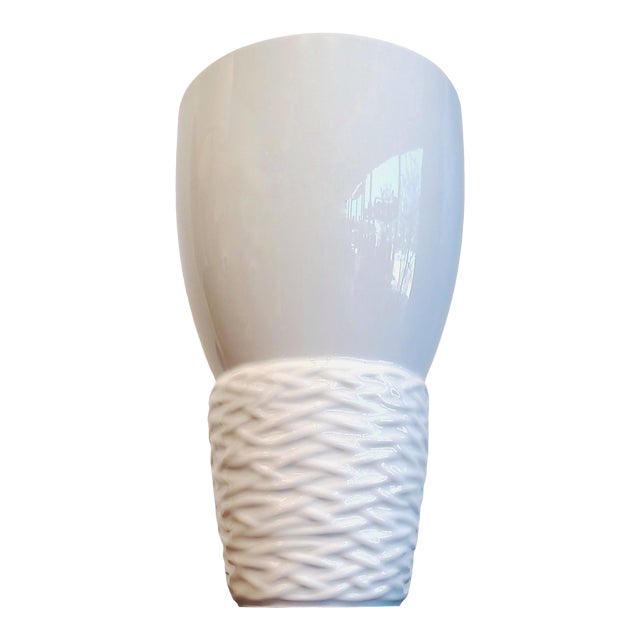 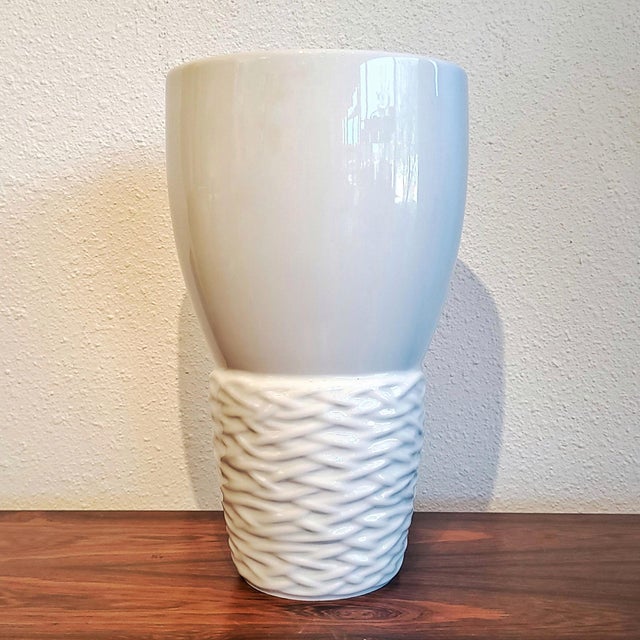 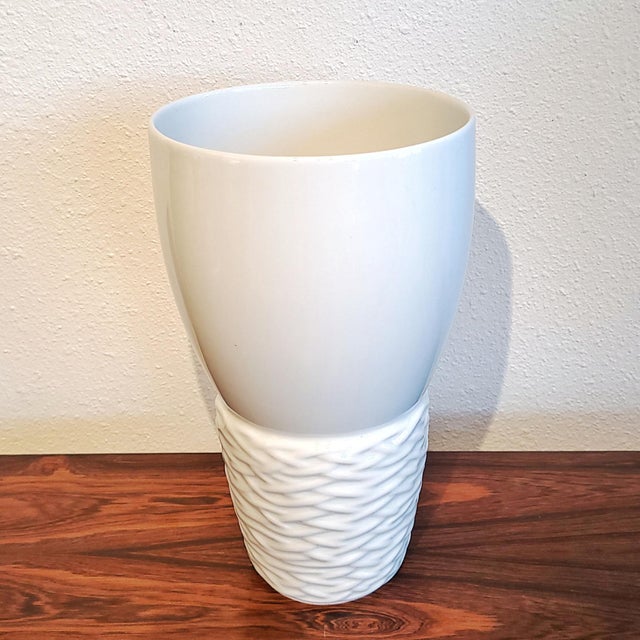 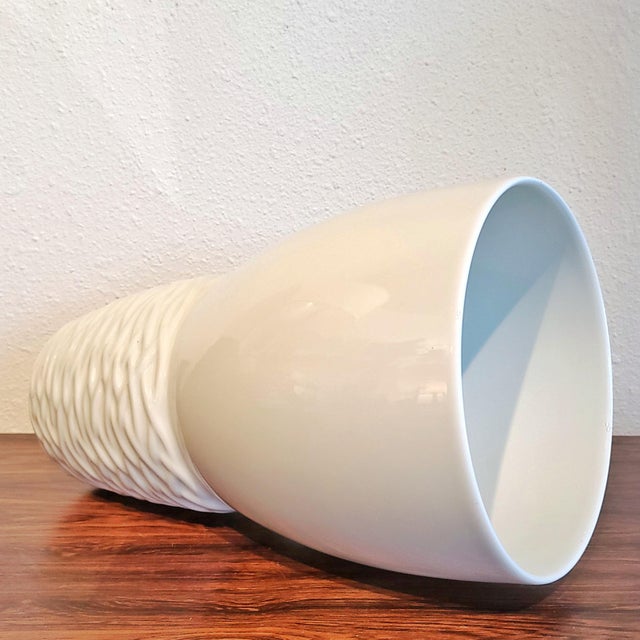 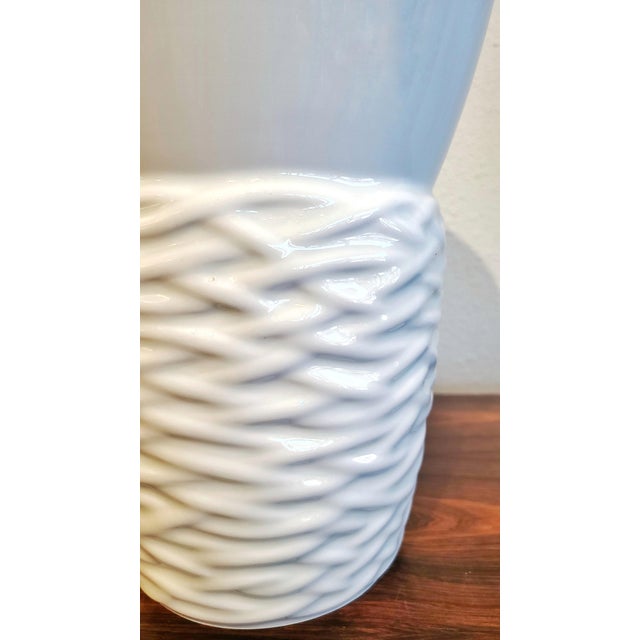 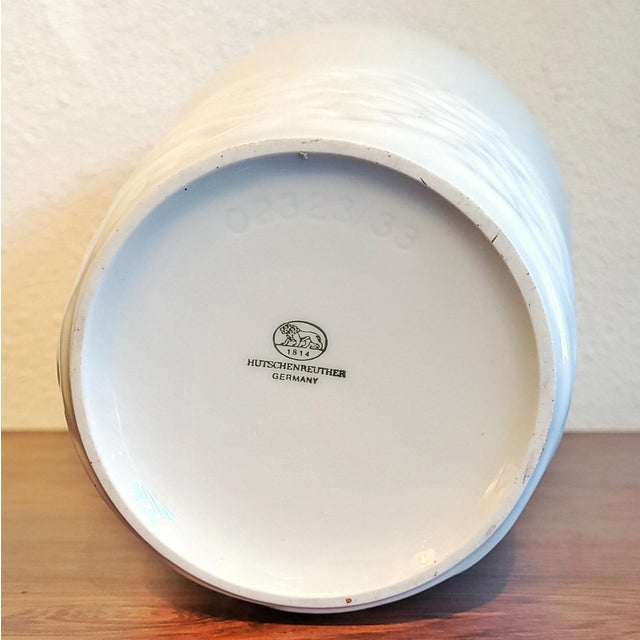 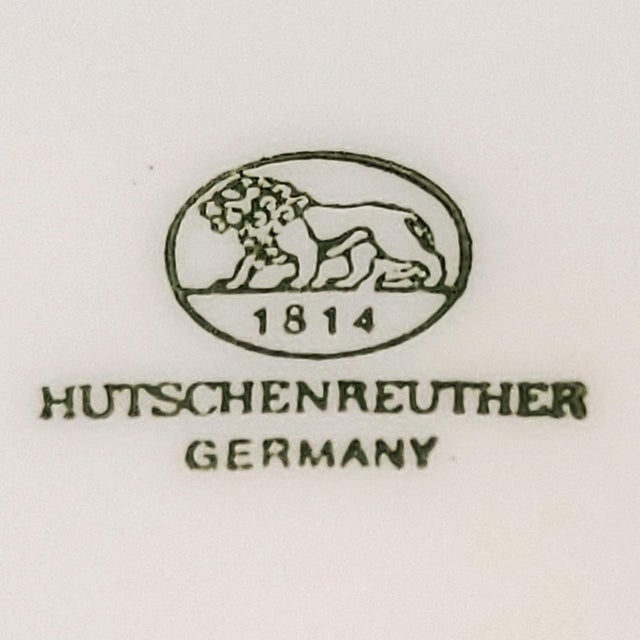 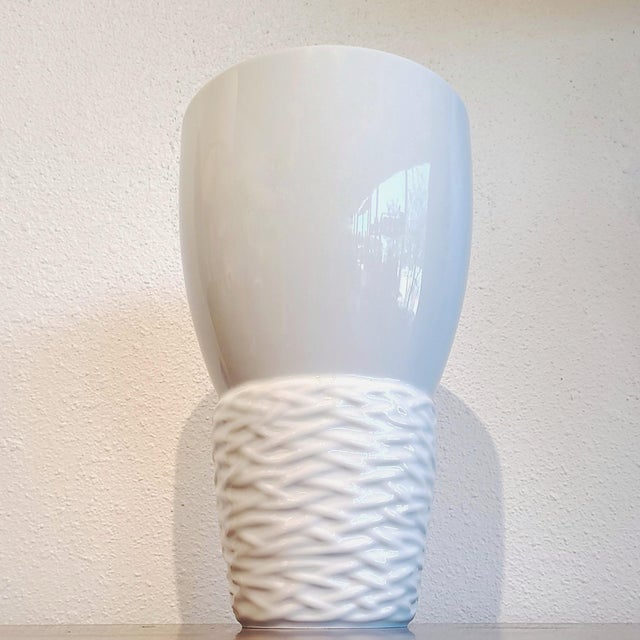 THE HUTSCHENREUTHER PORCELAIN FACTORY was founded as a porcelain painting factory in 1814 by Carolus Magnus Hutschenreuther (1794-1845) in Hohenberg an der Eger, Bavaria, Germany. The 15th child of Johann Heinrich Hutschenreuther, a porcelain painter and owner of the Wallendorf Porcelain Manufactory in Lichte (Wallendorf), he earned his living in his father’s factory selling porcelain items such as pipe-bowls and so-called Turkish cups in eastern Bavaria and especially in the spa towns of Bohemia.

In 1814, Hutschenreuther discovered deposits of kaolin, used to make fine white porcelain, near the River Eger, and decided to manufacture porcelain himself in Hohenberg where a relative of his, Ernst Ludwig Reuß, was the chief forester. Reuß made space available to him in Hohenburg Castle, and he began painting porcelain there and learning to manufacture it. In 1816 he married Reuß's daughter Johanna.

On 10 September 1816, he applied for permission to establish a porcelain manufactory in Hohenburg, and after several unsuccessful attempts, the concession to set up a kiln was finally granted on 7 November 1822. By this time, he had acquired a disused alum works, Auf der Freundschaft (Friendship), on the site of the present-day Hutschenreuther factory. Initially, Hutschenreuther appears to have personally mixed the raw materials and overseen the firing to guard the knowledge of his process. He was also probably responsible for most of the painting and shipping. Only after a second kiln and a larger watermill were constructed, and additional porcelain decorators were hired, did the company become successful with the added sale of whitewares to free-lance decorators.

The fortunes of the company took a positive turn when it was converted into an AG (a public limited company) in 1904 and subsequently began incorporating several existing enterprises into it. To enhance the quality of his product, Carolus solicited artists, craftsmen, and sculptors from across the European continent. Primarily focusing on quality and design, Hutschenreuther grew into a competitive firm that produced dinnerware services ideal for fine dining. By the time of its 125-year anniversary, they had more than 2300 employees and had become one of the largest companies of its kind.

When C.M. Hutschenreuther died at Hohenberg on 10 November 1845, His widow Johanna and his sons Lorenz and Christian succeeded him as operators of the company. A large part of the factory was destroyed by a fire in 1848, but it was rebuilt.

Jaeger, Werner & Co., Selb (1906)
Altrohlau (1909)
Paul Mueller, Selb (1917)
Bauscher brothers, Weiden (1927)
Tirschenreuth porcelain factory (1927)
Königszelt porcelain factory, Königszelt (today Jaworzyna Ślaska), Silesia (1928)
It was after purchasing the art division of Paul Müller in 1917, that Hutschenreuther of Selb began producing figurines. Hutschenreuther’s managing director, Emil Mundel, was the driving force behind the acquisition of Müller’s assets. After acquiring sculptors and skilled laborers, Hutschenreuther began soliciting designs for its sculptures and dinnerware from the Selb Technical School of Porcelain. By 1926, the art division of the company had won wide acclaim and its porcelain figurines were highly sought after. Hutschenreuther produced many of its most famous patterns throughout the first half of the 20th century, including Racine (1900), Richelieu (1929), Blue Onion (1930), and Maple Leaf (1940).

Lorenz marketed his dinnerware services very aggressively, and Hutschenreuther in Selb ultimately became the more notable of the two factories as a result of its managers' business savvy. They became the first German firm to be able to compete with such companies as Haviland and Wedgewood. At no point in its history did Lorenz establish a partnership with his family, and the two companies would remain fully independent and in open competition with each other for more than a century.

With the end of WWII, both competing Hutschenreuther factories had lost much. The Hohenberg factory lost all its plants located in the eastern part of Germany as well as the plants in the areas that fell to Poland and the CSSR. The company was reduced by 80%. The Selb factory also faced a barrage of war-related restrictions and the loss of its mines in Fischern near Karlovy Vary, but by the mid-1950s, Hutschenreuther Hohenberg was able to expand its plants in Hohenberg and Arzberg to document more than 1100 employees, and Hutschenreuther Selb quickly reached its old significance counting around 3,000 employees in its plants by the middle of the decade. The art department, which was established in 1917, also played an important role in the 1950s. As shape and decor designers of this time produced many of the company's most notable creations. The work of artists such as Hans Achtziger, Hildegard Gruinseiser, Christian Modrack and Rudolf Lunghard deserve special mention.

By 1969, the company expanded to include several more factories. During that same year, the assets of Carolus Magnus Hutschenreuther’s 1814 company were purchased by Hutschenreuther of Selb. After more than a century of competition, the two companies became one. The newly united company continued producing porcelain figurines and fine bone chine. Today, the company uses the lion and circle as their trademark and continues to produce sculptures, ornaments, and dinnerware.

It was during 1969, that LHS purchased the assets and took over Carolus Magnus Hutschenreuther’s 1814 company after over a century of competition. The new consolidated company continued to produce fine bone china and porcelain figurines. In 1972, the company merged with Kahla AG, and in 2000, Hutschenreuther became part of the Rosenthal division of the Waterford Wedgwood Group but retained the Hutschenreuther "lion insignia" which still stands as a symbol of excellence that continues to this day. less