When it premiered in 2017, The Marvelous Mrs. Maisel was quickly heralded for the ways it transported us back to late 50’s / early 60’s New York, complete with views of Upper West Side domesticity and West Village bohemia. Creating those worlds for the small screen was of course no easy feat, falling to a team of meticulous experts in the craft, including Emmy award-winning set decorator Ellen Christiansen.

With past credits including The Wolf of Wall Street, Far From Heaven, Men in Black, and Doubt, Christiansen is a veteran in the field, with experience sourcing far and wide for every genre and time period imaginable. We spoke with her about set decorating for Mrs. Maisel, how she got her start in the field, and how she sourced for some exciting new scenes in season 3 of the show, including taking over Miami’s iconic Fontainebleau Hotel. 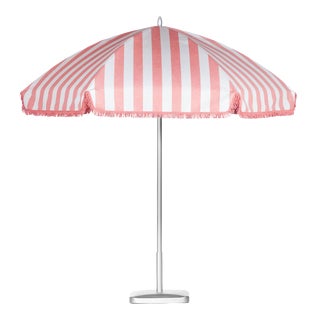 It all started at Tufts University, where I became involved in the Arena Theater and did costume design. When I got to New York, my first job was working for a photographer doing wardrobe and sets. Working on sets turned out to be the most interesting thing to me — creating worlds for the characters to inhabit.

Was there a particular film that resonated with you in terms of set decoration?

Not a film per se, but we watched Masterpiece Theater at home when I was growing up. In the New York area, there was the 4:30 movie on ABC, which I always loved if I got home from school in time. They had theme weeks in terms of the films they showed, so it was good exposure to all genres.

I have always loved reading and imagining worlds that the authors create. My first memory of seeing a movie that had been based on a book was a bit traumatic. Old Yeller was on TV and I had just finished reading it. The people and sets were not as I had pictured them! That may have planted a seed that everything is open to interpretation. 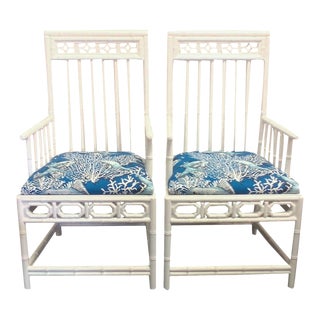 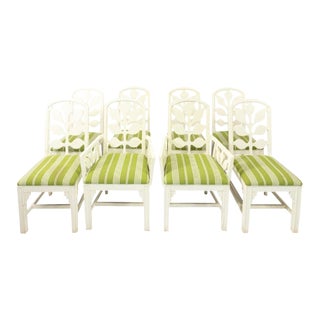 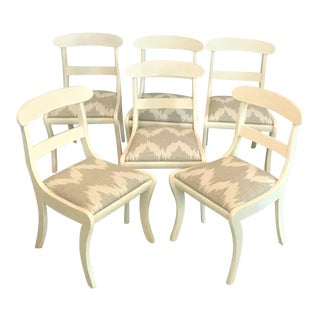 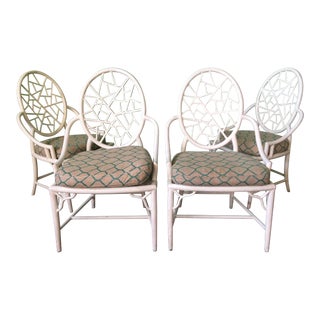 
Tell us a little bit about the working relationship between the production designer and set decorator.

How early before production begins do the set decorator and their team begin working? What are your initial tasks?

Usually about 10 weeks ahead of filming. The budget is of course the first thing; then we know what we have to work with.

It’s totally different. At home you need to worry about comfort and health, and making sure that things have longevity. For sets, the only question is: Will it tell a story about the character or scene? It also has to be “film friendly” as much as possible. Will it survive being constantly moved around to accommodate lighting and camera positions, for instance? 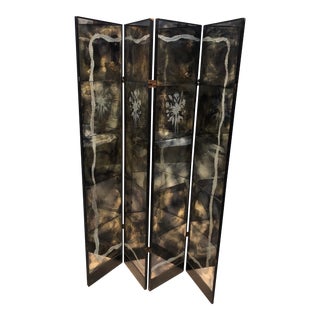 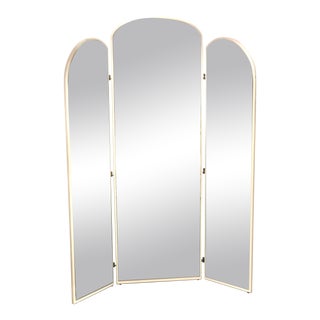 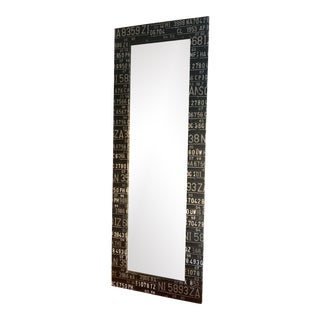 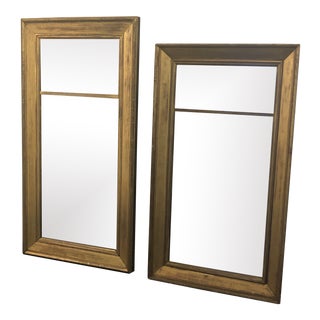 
Once you read the script for The Marvelous Mrs. Maisel, how did you go about conceiving of the sets?

Ultimately, it’s all about the scripts and the characters contained in them. We’re all storytellers on set. Everything we develop needs to be appropriate for the period and the situation, and that’s where I always begin.

What is your design style on set?

A great mix of high-end and everyday pieces. No detail is too small! 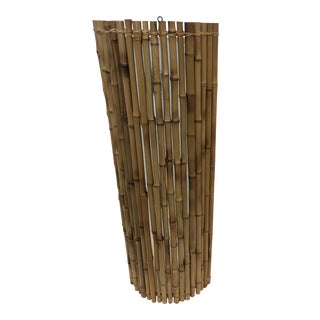 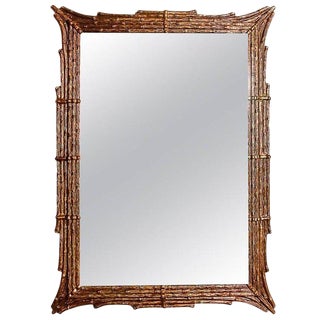 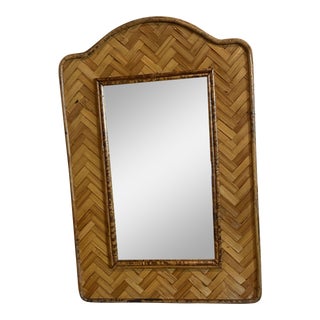 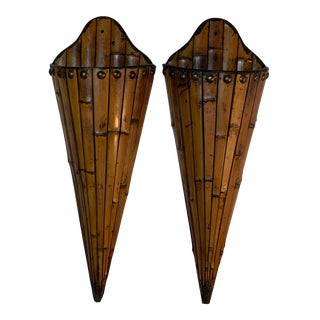 
Since the show is set in the late 1950s and early 60s, the entire set requires attention to detail, research, and inspiration. Is Chairish a go-to source for your projects that require period pieces?

Absolutely. Chairish is available all the time so we can search whenever we want. It’s great to be able to choose vendors in the area if we need something quickly. The site itself is very easy to navigate. It feels like shopping the whole country!

What are some of your favorite pieces from Chairish that appeared in different scenes in Mrs. Maisel?

We used pieces from Chairish for our Miami and Cuban-inspired nightclub scenes. In Miami, we filmed the Fontainebleau scenes in the actual hotel lobby. We took away their furniture and I sourced vintage furniture from all different places and had it reupholstered. It was so much fun to look at all the research from Morris Lapidus and how he designed things. There were three types of lamps in the lobby, and we were able to source them from Chairish. It was challenging because the hotel was still open while we were dressing!

For the Cuban nightclub scene, that’s a stage set, based on an early 1960s film called I Am Cuba that was shot in Havana. We bought a lot of bamboo for that! We sourced hoop chairs from all different vendors, and I sourced Umanoff stools from Chairish. 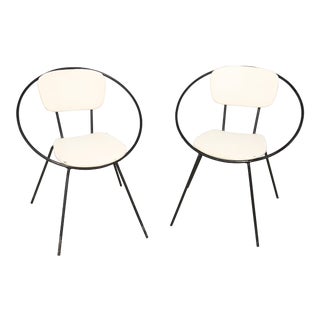 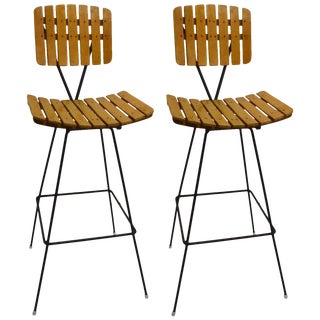 Pair of Umanoff Slatted Wood and... 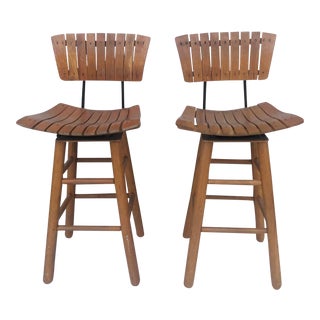 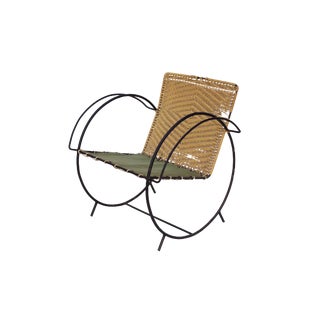 
What are your favorite decorating cheap thrills and paint colors?

For a decorating cheap thrill, it’d be throw pillows in fun colors. And for paint, I’ve always loved a soft lime/apple green.

What’s a design destination you think every decor lover should visit at least once?

The Cooper Hewitt Museum. It’s a definite favorite. They always have interesting exhibits on past and future design. 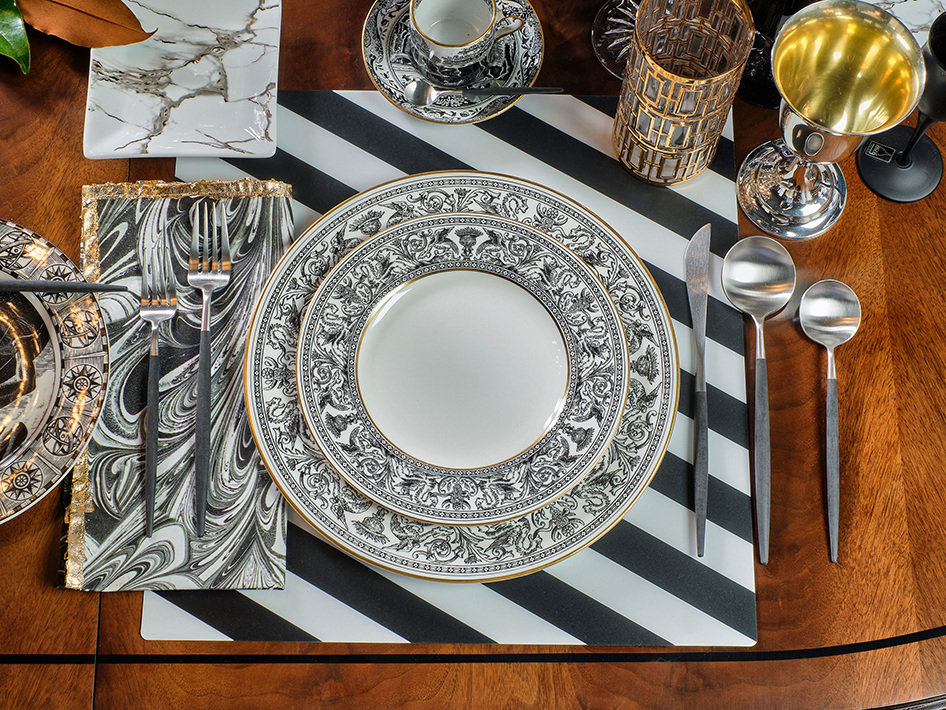 Elevating Dining at Home with Replacements

Founded nearly 40 years ago, Replacements is perhaps the most... Read More 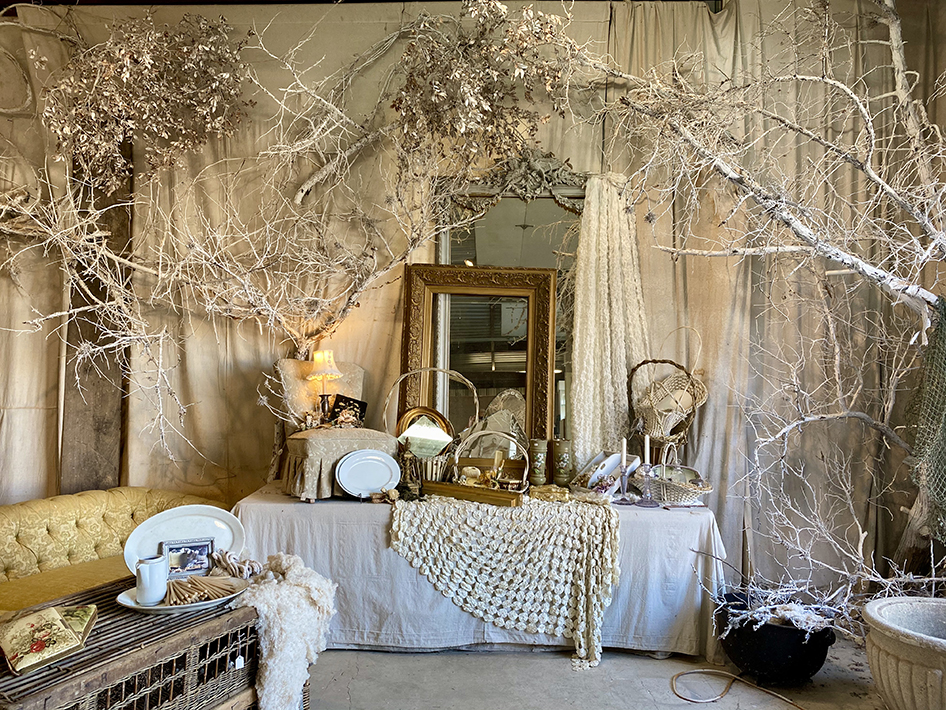 This year has certainly upended the design industry like no other, and... Read More 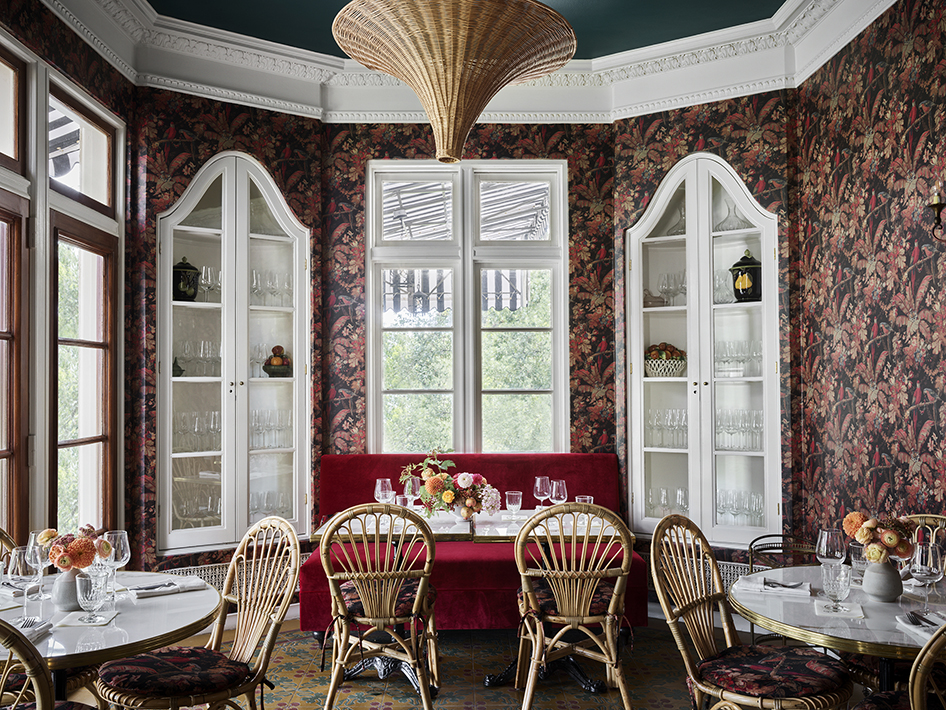 There are triple threats, and then there's Ken Fulk: designer, event... Read More 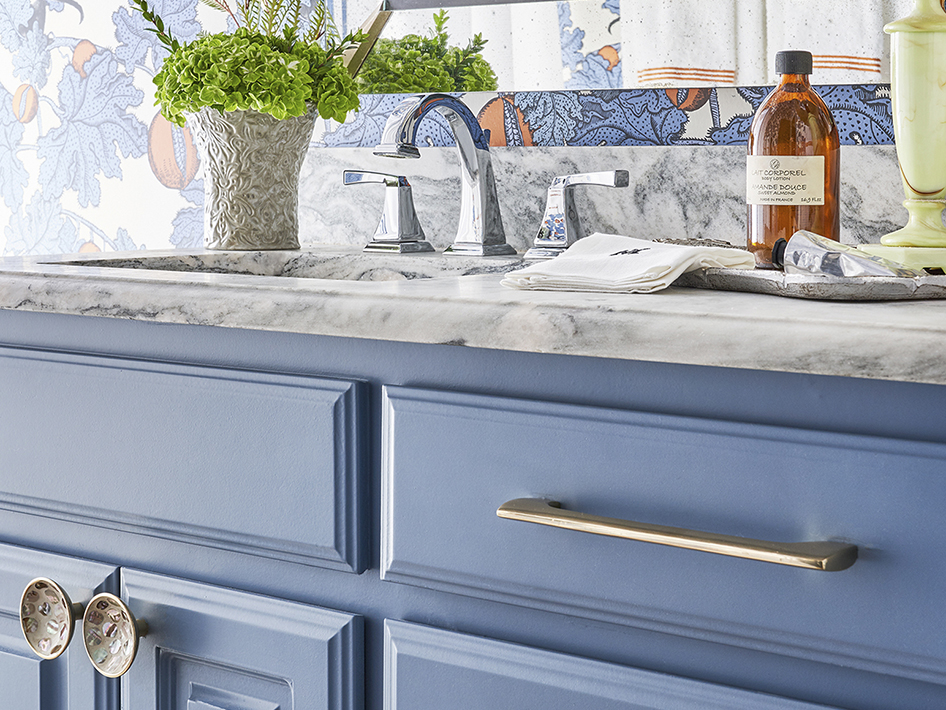 Behind the Design with Addison Weeks

“It’s the little things.” Call us conventional, but this tried... Read More 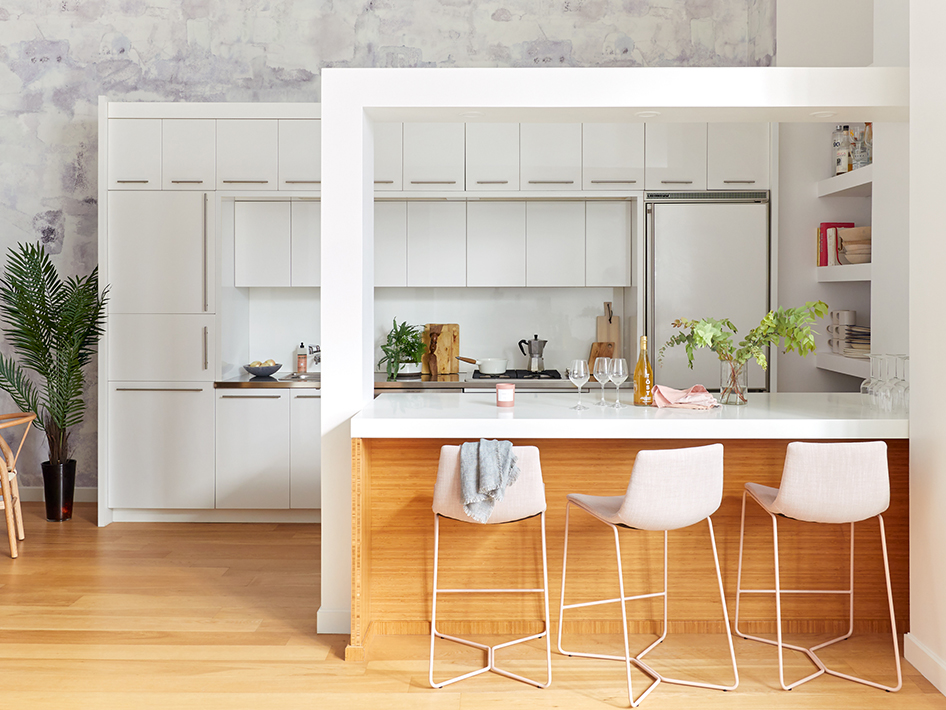 It’d be hard to imagine a year that changed the design industry more... Read More 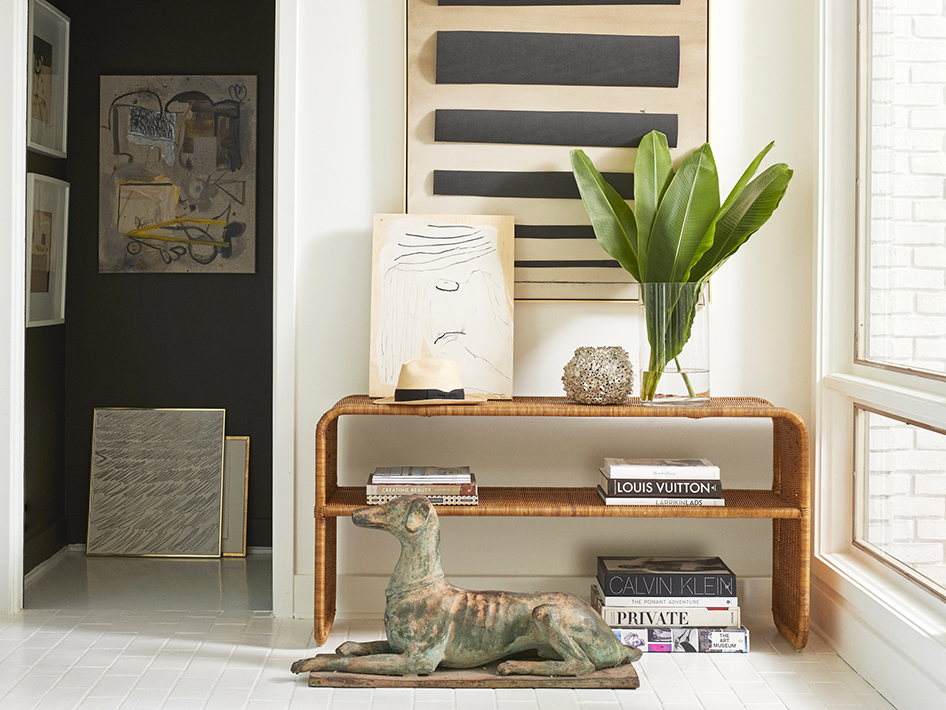 Behind the Art of William McLure