Even if you don’t know Russel and Mary Wright immediately by name, you certainly know them for their most famous creation: American Modern dinnerware, the swirling, curved, organic pieces that came to define decades of tabletop design. But the duo is so much more than that: They believed in expanding access to beautiful design to everyone, regardless of price point, and they worked as a true married duo, though history has sadly tended to relegate Mary to the background of her own life story.

That changes with a fascinating new book, Russel and Mary Wright: Dragon Rock at Manitoga. Published by Princeton Architectural Press, it’s authored by Jennifer Golub, who previously wrote a monograph about Albert Frey and has produced award-winning content for brands ranging from Adidas to Apple (including directing and producing their iconic “Think Different” campaign). Golub explored previously unknown chapters of the Wrights’ lives, as well as the creation of their remarkable dream home in the Hudson Valley, which gives the book its title. From their first meeting at an almost proto-Woodstock Festival in the 1920’s to their decades as creative partners, the Wrights’ story is a fascinating chapter in the history of American design.

We spoke with Golub about the Wrights and their design ethos, as well as the creation of Dragon Rock. Read what she had to say below, and be sure to shop Chairish for vintage Wright pieces. And to

For the uninitiated, tell us a bit about Russel and Mary Wright. How were you introduced to the breadth of their work, and what makes them such a compelling pair?

The Wrights are seminal American mid 20th century designers, on par with Charles and Ray Eames. I have admired their industrial design for decades and only visited their home and Woodland Paths in Garrison, New York, over the last few years. With no publication in print, there was an essential void that called to be filled, thus the publication of Russel and Mary Wright: Dragon Rock at Manitoga, by Princeton Architectural Press.

Your book mentions that “the term ‘American Modern’ is at the heart of their story.’” Tell us a bit about their American Modern dinnerware line and how it reflects their larger design sensibility.

The American Modern line of dinnerware was the most successful ceramic American production spanning two decades. It represented a break from tradition, with sensual distinctive forms and a stunning palette that allowed for flexibility and participatory pairing.

The Wrights’ products tended to be more accessible while also embracing more contemporary, organic shapes. Why was that important to them?

The Wrights were artists who believed that everyone deserved to live among good design. They ensured that a tactile approach to the forms and glazes was thoughtfully executed while also being accessible and cost-effectively produced on a mass scale. 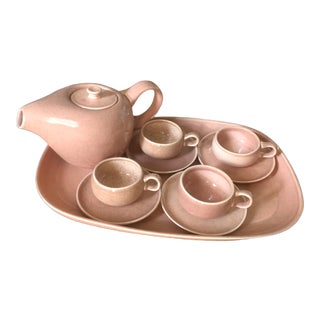 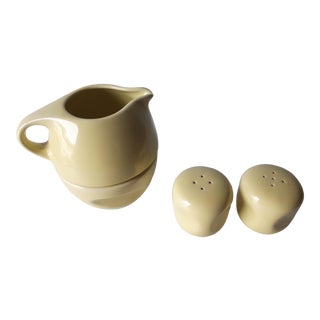 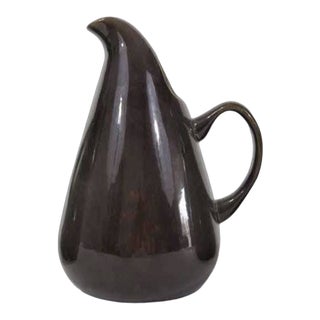 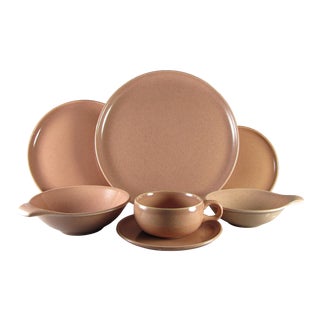 
The couple were prescient in a way, living between New York and the Hudson Valley, like so many people are doing these days. Did that dichotomy between urban and rural show up in their work?

The vitality of New York was essential for their dynamic business, while the tranquility and restorative qualities of the Hudson Valley provided nourishment. The commuting distance was of great practical concern where they were able to walk from the train, be it their office or home.

Russel and Mary met at the Maverick Festival in Woodstock nearly a century ago, which predates the famed music festival by about 40 years — and almost has shades of Burning Man about it! What was that event like, and how did its ideals lead to the development of their masterpiece home, Dragon Rock?

There are many qualities about the Maverick Festival that were essential to forming their ethos. They were nourished being among nature and among artists in a celebratory context of free expression. The theater where Russel Wright was the director was an abandoned bluestone quarry called The Quarry Amphitheatre. Their home in Garrison was similarly built upon an abandoned quarry, with spaces identified for things like moon viewing and outdoor picnics. The Maverick Festival was a site of creation, iteration, and collaboration, which were lifelong practices and values for the Wrights.

Tell us more about Dragon Rock. How does it reflect their particular design ethos and spirit? It was actually completed after Mary died in 1952?

While Mary sadly passed prior to the construction of Dragon Rock, she was steeped  in the procurement of the site and the development of the home. While neither Russel nor Mary were certified architects, they had both studied architecture and collaborated on the conception of the home. They shared a spirit of adventure while imagining a home that would best serve their family.

Dragon Rock wasn’t an island unto itself — the 77 acres of Manitoga surrounding the house were of vital interest to the couple. How did that play into their lives, particularly in the years after Mary’s passing?

While both Mary and Russel were deeply engaged with the property, the Woodland Paths and sustainable landscape management became Russel’s preoccupation for the last 20 years of his life. He eschewed the use of pesticides and any non-native plants. He observed the powers of nature and was humbled by its forces.

Your book mentions that Dragon Rock “holds the key to important sustainable practices.” What are they and how might they be utilized today?

The landscape management practices that Russel developed are key to water preservation, providing pathways for bird migration, and protection from cancerous chemicals seeping into our collective water table. Education was of great importance to Wright, and he hoped that these practices would be embraced versus lawns and non-native vegetation, where man imposes upon nature, versus allowing it to take its course with only modest interventions.

This book brings Mary back to her place at the center of the story, which is something that hasn’t really been accomplished before. Why was that important to you, and why do you think she was relegated to the background in the past?

At this point of history, women were to take a seat behind men. We never learned of Ray Eames’ collaboration until decades after Charles was introduced to the public. Anni Albers had aspired to be an architect but the Bauhaus only permitted women to be textile designers. Even today, Denise Scott Brown has been denied professional acknowledgment. It was Russel himself who went to lengths to ensure Mary’s rightful attribution not only as a business partner, but  a co-creator of their home and active participant in their design practice. 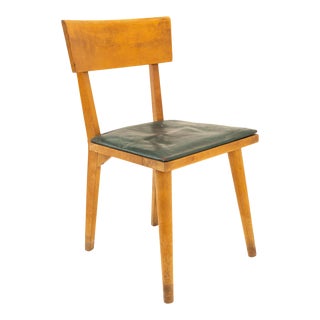 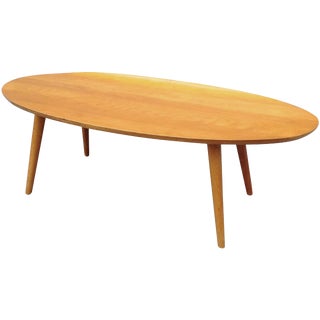 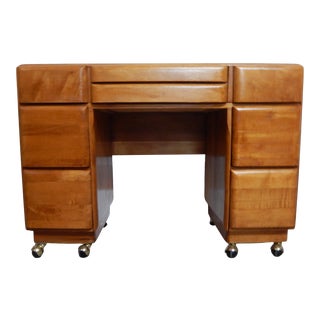 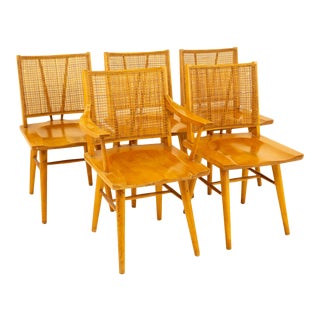 It was at Mary’s insistence that their works were signed in contrast to most industrial designs at the time that were anonymous, with only the distinguishing marks of the manufacturer. Mary also developed her own line of work for which she is credited.

Are there any products by the Wrights that hold a particular fascination for you?

Truly, all of them. Be it the spun aluminum, their furniture, ceramics or lamps, there is a consistently honest approach to the materials, with forms, arcs, and edges that spark the spirit.

How would you like to see the Wrights remembered?

I see the Wrights as ethical stewards, who lived their lives with conviction and self-determination.

I hope you enjoy the book, and wish to express my gratitude to Princeton Architectural Press, the Design Center at Manitoga and Chairish for this opportunity. It was a labor of love, synthesizing a narrative across the largess of the Wrights’ lives and careers spanning 50 years. This book was conceived as a gift to the heirs, with learnings for generations to follow. If you have the opportunity, Manitoga surely warrants a visit, to draw inspiration from this exceptional home and Woodland Paths set among the soaring powers of the Hudson Valley. 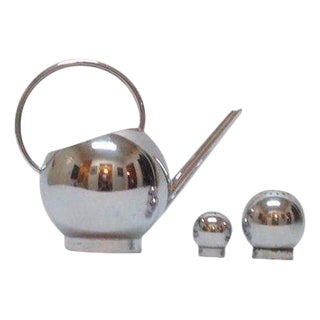 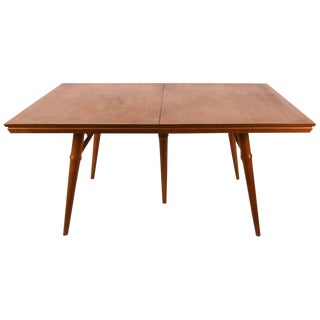 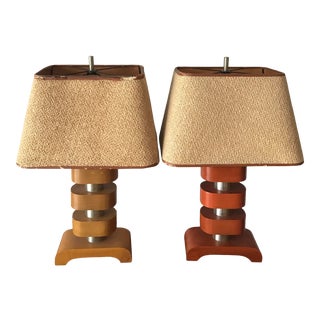 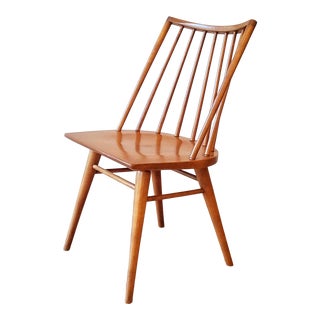 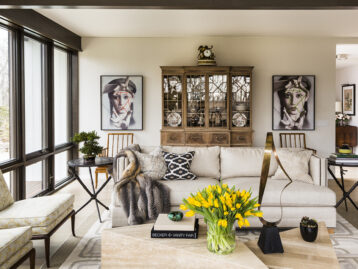 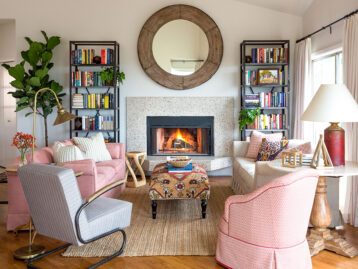 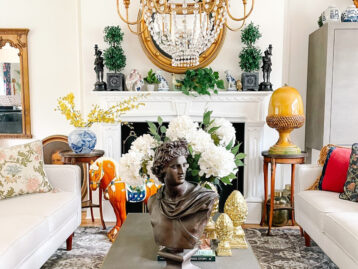 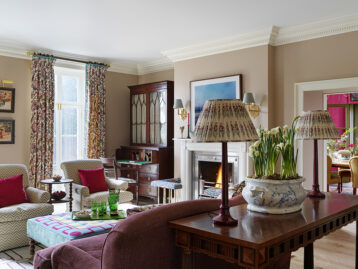 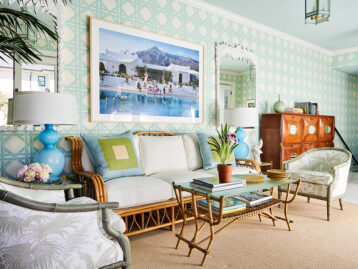 For over 30 years, Jan Showers has been one of the preeminent names in... Read More 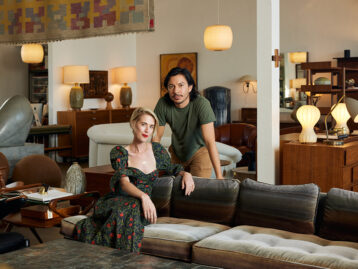