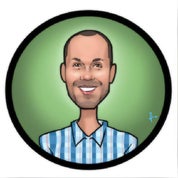 Click follow me to be notified about new products from this shop. You are now following Harry Heissmann Inc.

Harry Heissmann Inc. was established in New York City in 2009.

After obtaining a Masters of Interior Design degree from the Academy of Fine Arts in Munich, Germany, Harry arrived in the United States in 1995.

He gained extensive experience working for some of the city’s most respected firms and spent nine years in the offices of Albert Hadley, who dubbed his desk ‘the magic shop’ before opening his own eponymous firm.

For his clients, Harry moves effortlessly from traditional to contemporary and everything in between, which prompted him to describe his style as ‘client-centric’.

It is all about the client, the location, the comfort and the practicality.

Harry says he would furnish a match-box, if he thought that’s what the client wanted – no project too big or too small.

After all, his sense of humor always shines through, he delivers highly personal interiors with a smile.

Published in various magazines and books, Harry loves to contribute to charities and show houses, such as Kips Bay (2011, 2016) and most recently participated in his third Holiday House.