Click follow me to be notified about new products from this shop. You are now following Eric Lysdahl Interiors, Ltd. 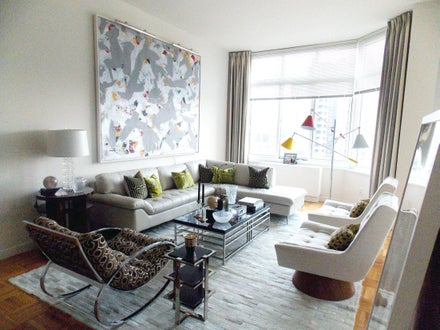 Eric Lysdahl blends European traditions with edgy New York modernity to create spaces unique to each client's project, and is equally adept in both modern and classic design. Eric Lysdahl believes that one's surroundings should reflect the tastes and aspirations of the people inhabiting them, and he creates interiors which literally 'wrap' themselves around their inhabitants like a well-tailored suit.

Many clients rely so exclusively on his expertise, that he has completed multiple residences for them worldwide. Eric Lysdahl has completed projects in New York City, The Hamptons, Connecticut, Florida, The Caribbean, Paris, and The French Riviera.

Eric Lysdahl is a distinguished graduate of The New York School of Interior Design, and an ASID Member.