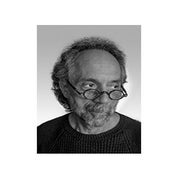 Click follow me to be notified about new products from this shop. You are now following Anthony Morris Design

Anthony Morris, of ANTHONY MORRIS DESIGN, has spent decades working with and supporting the Architectural and Interior Design Community that is based primarily in New York City, creating custom furniture and cabinetry for the most discerning of clientele, working in service to many of the world's most notable designers.

Mr. Morris is fortunate to have spent much of his career as a cabinetmaker with Walter P. Sauer, a premier manufacturer of heirloom quality custom furniture and cabinetry that first opened in NYC in 1886. Walter P. Sauer was also an integral component of the Parzinger brand from the early 1950's until the early 1990's, where working closely with Tommi Parzinger and his assistant Donald Cameron the “Parzinger Originals” brand was manufactured.

Beginning as an apprentice in 1974 , eventually becoming the owner of WP.Sauer in 1987, Mr. Morris learned firsthand from these two Icons of Mid Century Modern Design - Parzinger and Cameron. Anthony was introduced not only to the highest standards of furniture making, honest integrity in the use of materials, and the workings of the structural and functional engineering of custom furniture, but was also witness to the creative process of furniture design and The Decorative Arts, from genuine Masters.

Now, ANTHONY MORRIS DESIGN, along with the continued operation of Walter P. Sauer, is pleased to offer truly custom furniture fabrication capabilities, and a unique perspective in the design and making of museum quality one-off and limited production furniture, accessories, and luxury goods. These pieces offered, are informed by the incredibly productive period in Modern French Furniture Design created in the first half of the Twentieth Century. Equally inspiring is the work of American Designers and Artisans who have honored and respected the very same traditions that ANTHONY MORRIS continues to further, and is now offering directly for sale here at DECASO.