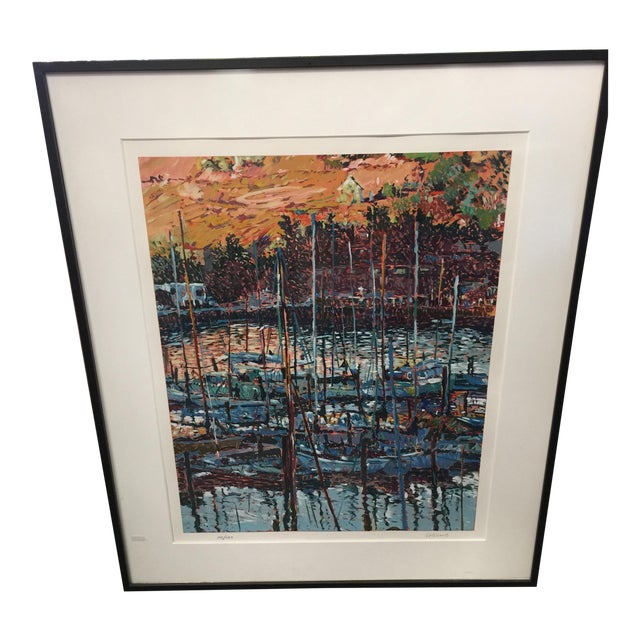 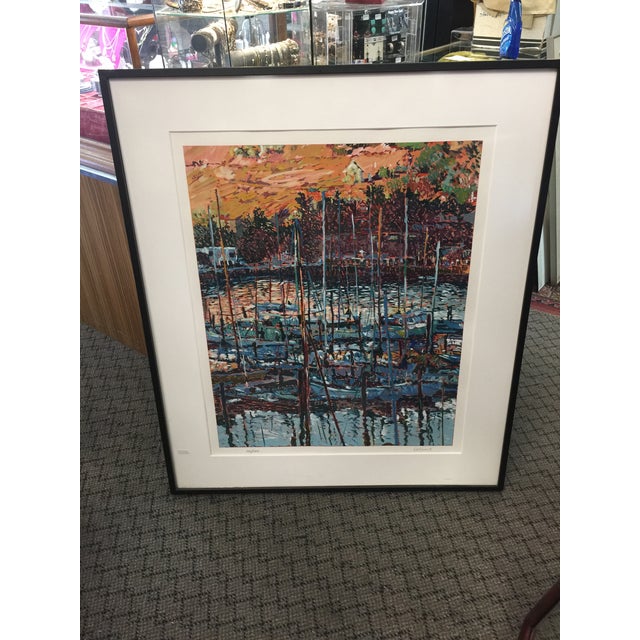 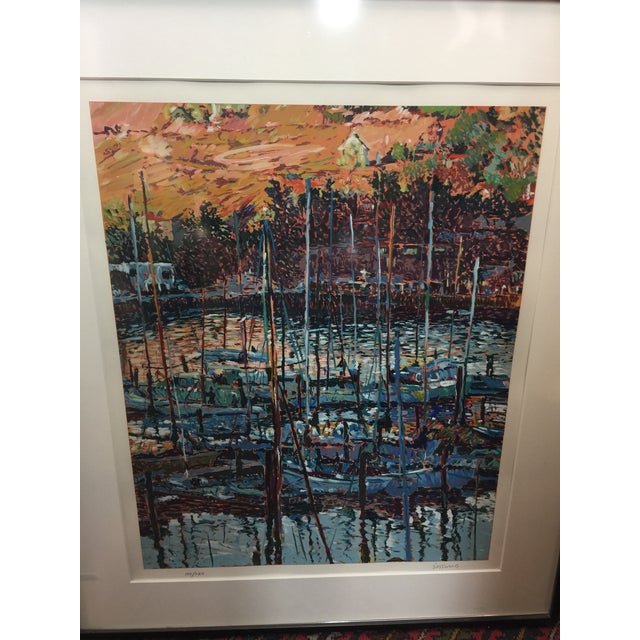 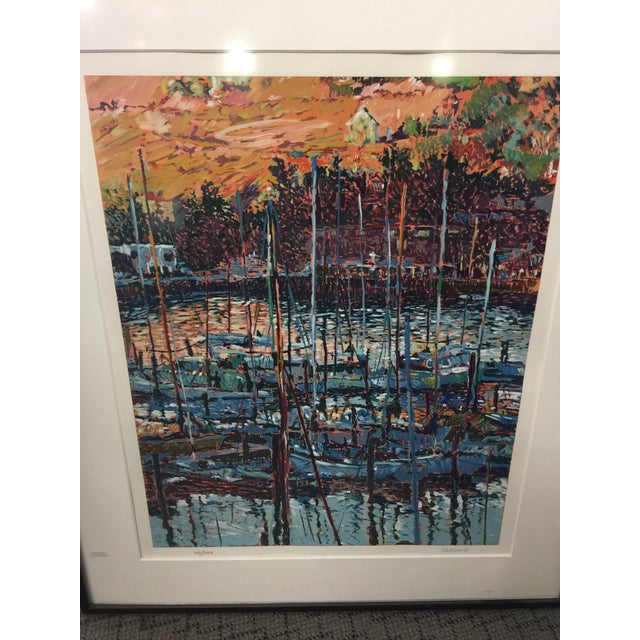 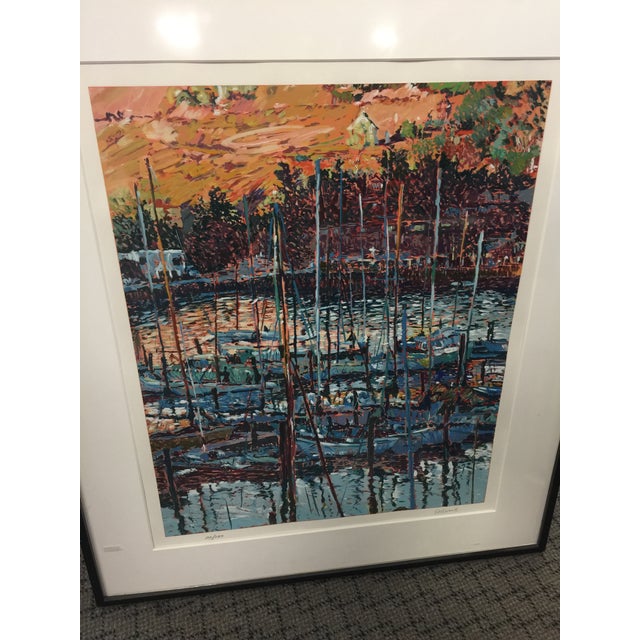 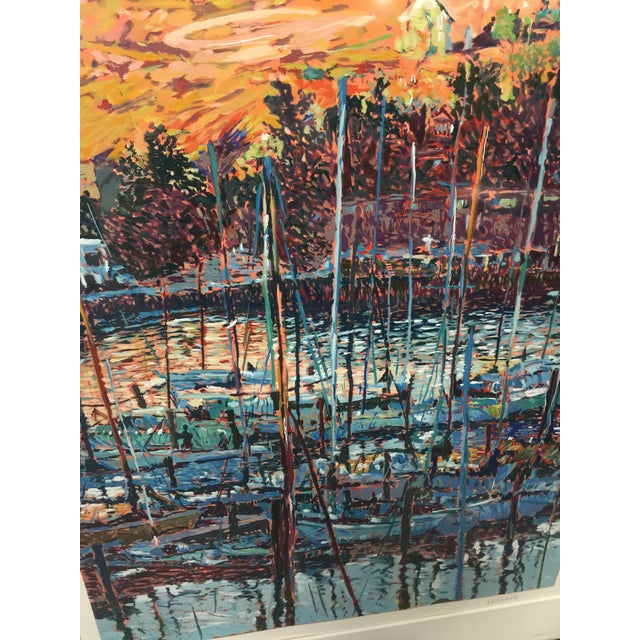 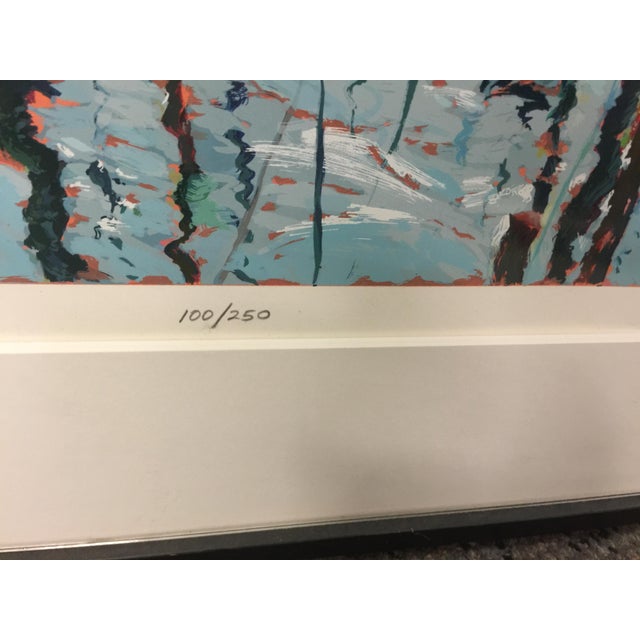 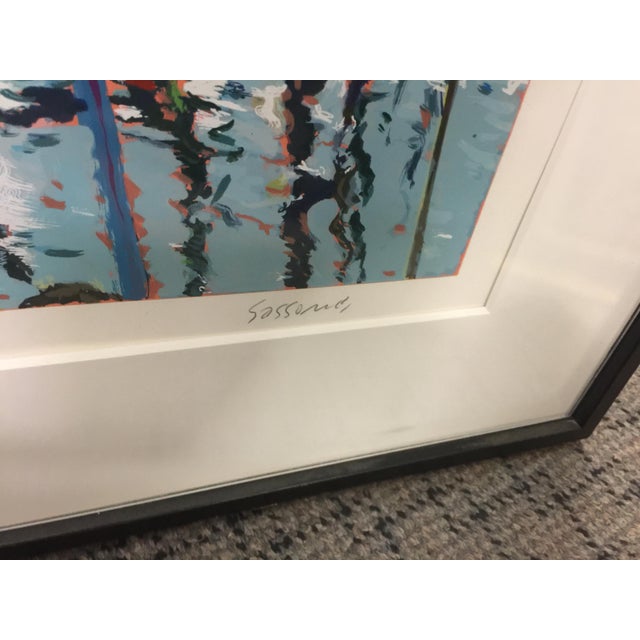 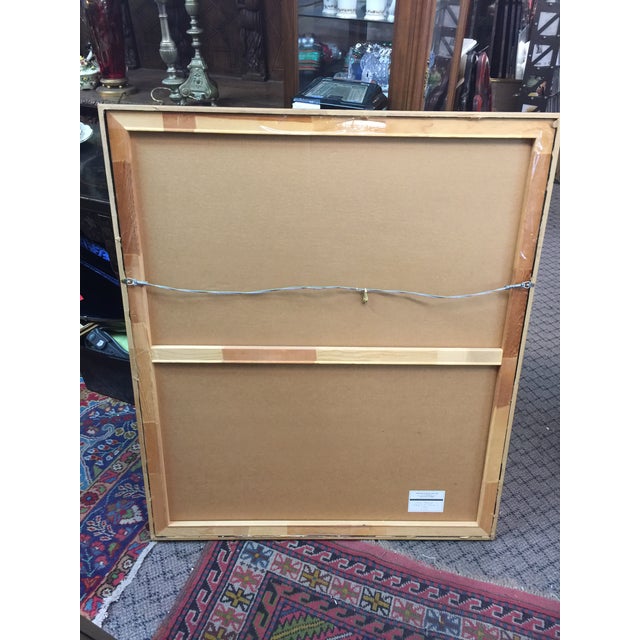 He was born in Campi Bisenzio, a Tuscan village, in 1942. The family moved to Florence in 1954, and there he met painters Ottone Rosai and Ugo Maturo, who encouraged him to follow his interest in art.

In 1959, he enrolled at the Istituto Galileo Galilei, where he studied architectural drafting until 1961. During this period he supported himself by selling watercolor sketches of Florence to tourists,many of whom were Americans, which increased his fluency in English.

In 1962, he studied with painter Silvio Loffredo, professor of art at the Accademia in Florence. Loffredo encouraged him to develop his own style and vision. For inspiration, Sassone studied the works of the 10th century Italian impressionists, the Macchiaioli � Giovanni Fattori, Vito D�Ancona and Silvestro Lega. He began exhibiting his first works at this time. At the age of 25, he was selected to exhibit at Lo Sprone Cultural Center in Florence.

In November 1967, soon after the flood had devastated his city, Sassone traveled to the United States and settled in California. In 1970, he moved to Laguna Beach, a small seaside community, Mediterranean in geography and climate, with its own commitment to the arts. He became a regular exhibitor at the annual Festival of the Arts.

Throughout the seventies, he participated in a variety of exhibitions in the U.S. and abroad. Of his work then, the art critic for the Los Angeles Times, William Wilson wrote, "Sassone is impressively gifted as a colorist and skilled in rendering reflections and color in light." On July 17, 1978, he received a gold medal award from the Italian Academy of Arts, Literature and Science. On January 5, 1982, he was awarded the decoration and title of "Official Knight of the Order to the Merit of the Italian Republic" by Sandro Pertini President of Italy.

Sassone had moved his studio to San Francisco in 1981, continuing to exhibit here and abroad. In March of hosted the American Preview for his one-person exhibition to be held at the Bernheim-Jeune Gallery in Paris that April.

A few years earlier, art historian Donelson Hoopes had published "Sassone," a monograph, in concurrence with the artist�s exhibition at the Laguna Art Museum. With prescience, Hoopes had observed, "Sassone�s art has evolved from within, and such an organic, psychologic and spiritual process may take his work along new and unforeseen paths". By the late eighties Sassone had become increasingly concerned with social themes. He started working with the Inter Aid Organization, donating paintings to raise money for the group�s work with children in crisis. He also donated works to a non-profit group called Another Planet, based in Los Angeles, supporting that group�s work with the homeless.

In 1989, he began extensive � and personal � research on the homeless. During the years that followed, he painted a series of large canvasses and charcoal drawings portraying the life he observed on the streets. A number of these works have been exhibited since 1990 at the Chicago International Art Exposition, the Basel Art Fair in Switzerland and the Jan Baum Gallery in Los Angeles. He has also held exhibitions at "Body Politic" at the San Francisco Arts Commission Gallery, and "Issue of Choice" at the Los Angeles Contemporary Exhibition (LACE).

In March of 1994, his exhibition "Home on the Streets" opened at the Museo Italo Americano in San Francisco. The Hamilton Family Center, the only local organization providing 24-hour shelters for families and children, received all proceeds from the sale of the exhibition catalogs at the show�s opening.
San Francisco Mayor Frank Jordan proclaimed March 30, 1994, "Marco Sassone Day in San Francisco."

Kenneth Baker, an art critic for the San Francisco Chronicle reviewed "Home on the Streets." Baker wrote, "there is true technical brilliance here�In the drawings, his technique seems to discover fresh descriptive possibilities each time out." less