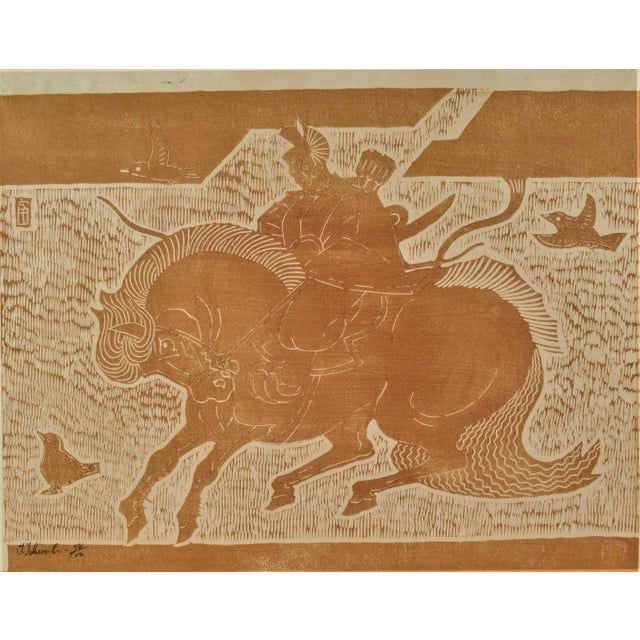 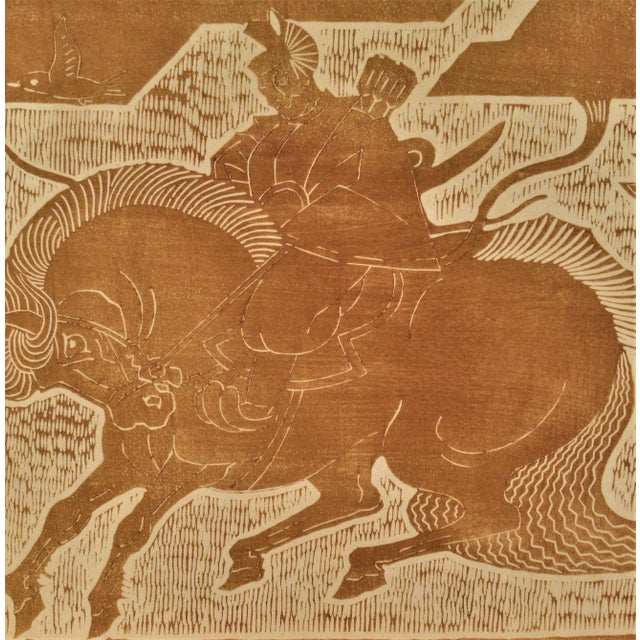 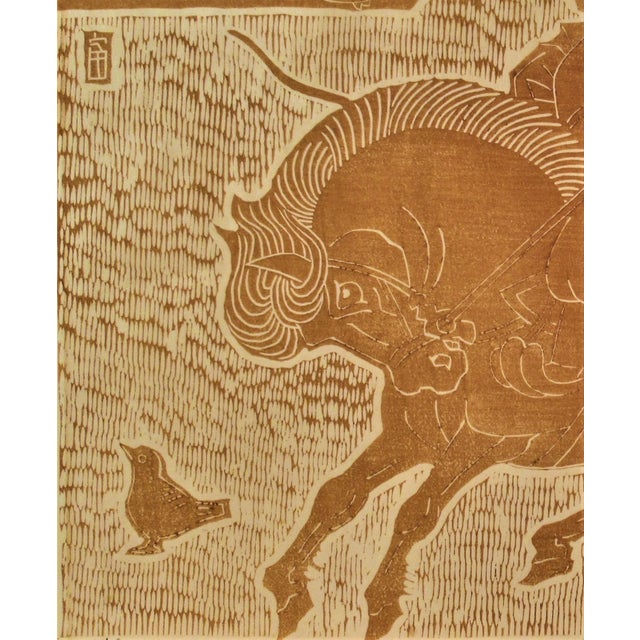 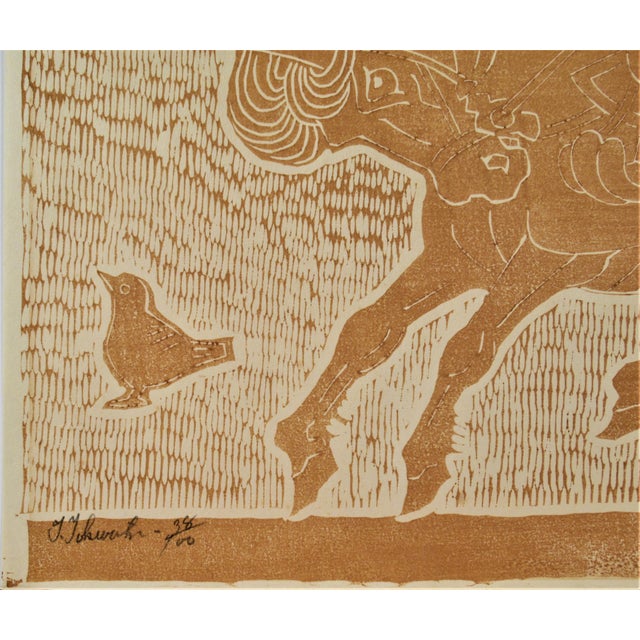 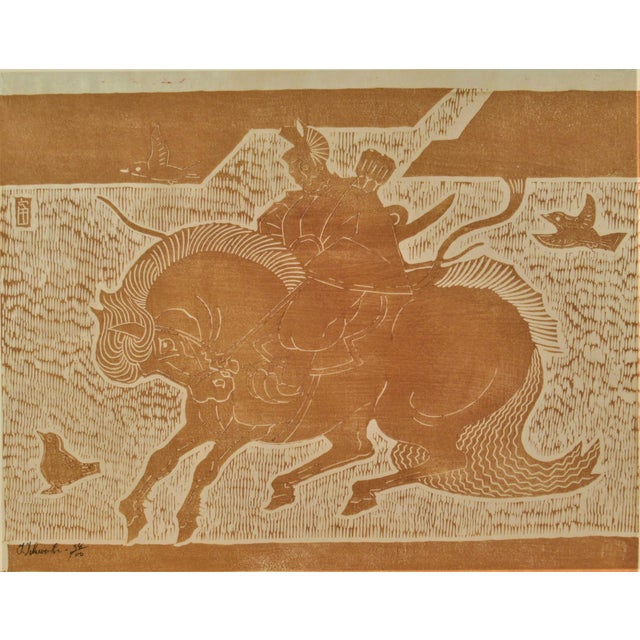 About the artist:
Print artist. Tokuriki was born in Kyoto, where he has always worked. The last of a long line of traditional-style painters, he turned early to woodblock prints and became a leader of the Kyoto 'Sosaku Hanga'. He graduated from the Kyoto City School of Fine Arts and Crafts and then from the Kyoto City Specialist School of Painting in 1924. In 1928 he studied 'Nihonga' painting under Tsuchida Bakusen (1887-1936) and Yamamoto Shunkyo (1871-1933) and exhibited with Kokuga Sosaku Kyokai, but about the same time in 1929 he changed to woodblock printing under the influence of Hiratsuka Un'ichi and began to contribute to the early print magazine 'Han'. He was a member of Nihon Hanga Kyokai from 1932, and active in promoting 'Sosaku Hanga' in Kyoto. He was a co-founder of the Kyoto magazine 'Taishu hanga' in 1932, which helped create the sense of a local school of the Creative Print Movement much encouraged by Hiratsuka. He produced many sets of prints before and during the Pacific War based on traditional subjects, such as 'Shin Kyoto fukei' ('New View of Kyoto', 1933-4), which also included designs by Asada Benji (q.v.) and Asano Takeji (b.1900), and 'Tokyo hakkei' ('Eight Views of Tokyo', 1942). Most of these were published by Uchida of Kyoto, but after the war Tokuriki set up his own publishing company called Matsukyu, which also began to teach block-carving to artisans and artists, in later years many of them foreigners. In 1948 he also set up a sub-company called Koryokusha consisting of artists who would produce their prints under the financial umbrella of Matsukyu. Later sets include 'Hanga Kyoto hyakkei' ('One Hundred Print Views of Kyoto', 1975). Tokuriki has continued to be active in teaching and writing, producing a long series of articles on print techniques in 'Hanga geijutsu' magazine during the 1970s.
Bibliography
Smith, Lawrence, 'Modern Japanese Prints 1912-1989: Woodblocks and Stencils', BMP, London, 1994, p. 36 and no. 50.Statler, Oliver, 'Modern Japanese Prints: An Art Reborn', Turtle, Rutland, Vermont, and Tokyo, 1956, pp. 118-22.Tokuriki, Tomikichiro (trans. Arimatsu, Teruko), 'Woodblock Printing', Arimatsu Color Book Series no. 14, 8th English edn, Hoikusha, Osaka, 1977.Kanagawa Prefectural Museum of Modern Art, 'Kindai Nihon no mokuhanga-ten', exh. cat., 1990.Merritt, Helen, 'Modern Japanese Woodblock Prints: The Early Years', University of Hawaii Press, Honolulu, 1990, pp. 88-92.Merritt, Helen, and Yamada, Nanako, 'Guide to Modern Japanese Woodblock Prints 1900-1975', University of Hawaii Press, Honolulu, 1992, pp. 253 and 260.Fujikake, Shizuya, 'Japanese Woodblock Prints', Tourist Library 10, JapanTravel Bureau, Tokyo, enlarged and rev. edn, 1949, further rev. edn, 1957, pp. 110-1. less