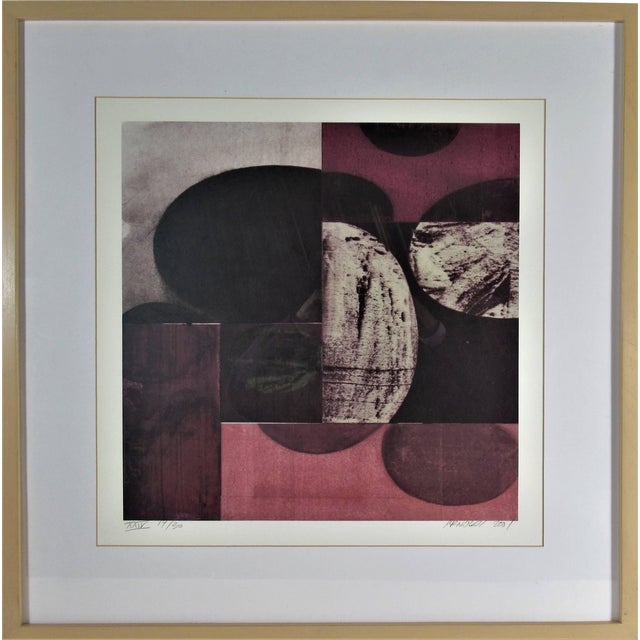 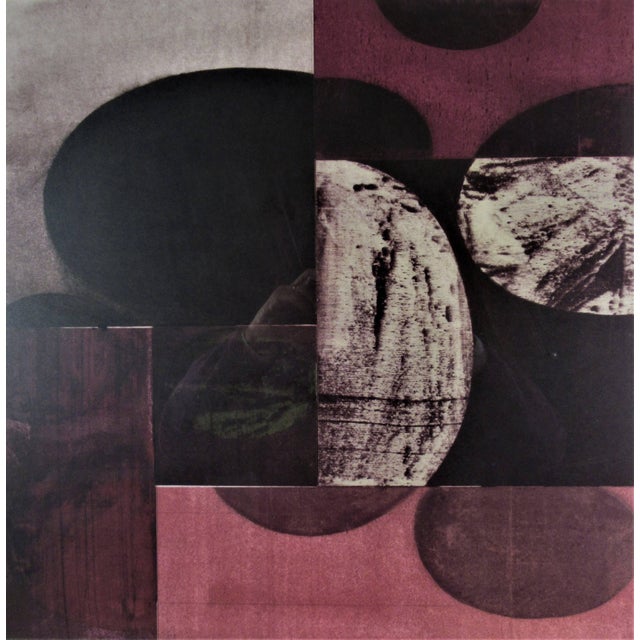 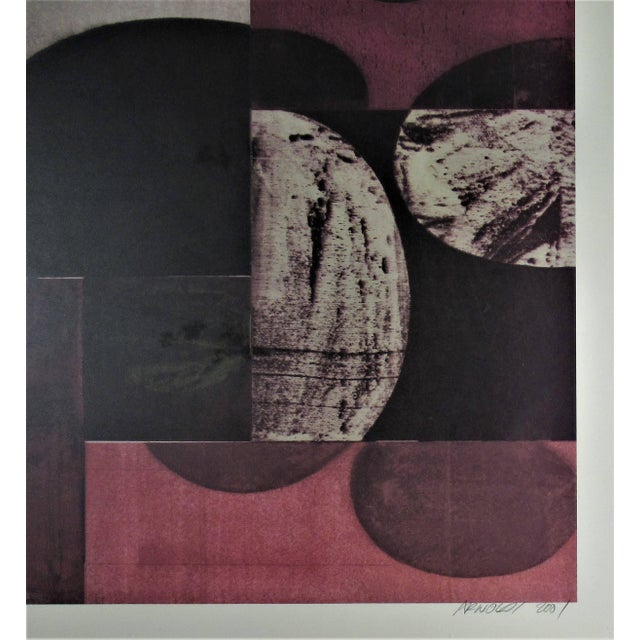 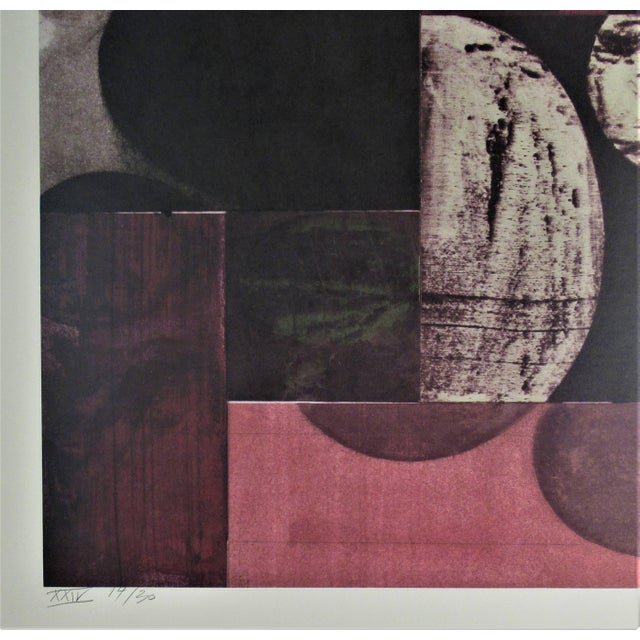 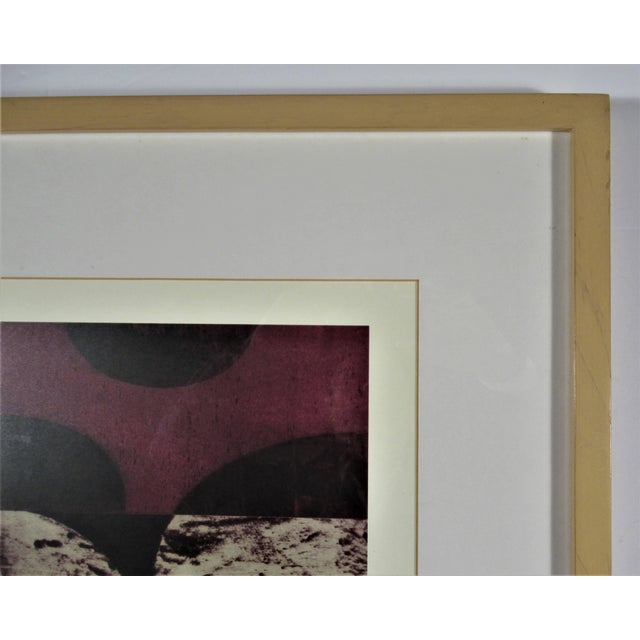 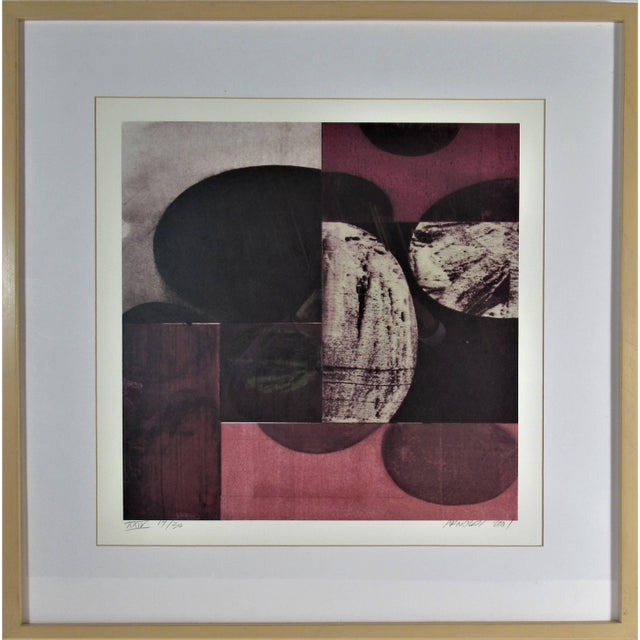 Charles Arnoldi was born in 1946 in Dayton, Ohio. He has become a popular California artist best known for his brightly-colored, abstract paintings that incorporate the use of wood as an expressive medium, often using tree branches and twigs. He lives in Malibu and has had considerable financial success and celebrity attention. He arrived in Southern California in 1965 and spent two years at Ventura Junior College before receiving a full scholarship to the Art Center School in Los Angeles. He only lasted two weeks at his new school before becoming frustrated with limitations imposed upon him as an illustrator. He soon enrolled in the Chouinard Art Institute and gained immediate recognition for his skill when he received a Los Angeles County Museum of Art talent award. He experimented with various painting techniques and struggled to find a solid interpretation of his artistic vision. He began to use branches and twigs to make up the lines within his paintings, "building" a painting with them. His earliest works were almost classic in their simplicity and shape, resembling woven stick baskets delicately balanced. Arnoldi concentrated on his twig painting for eight years constructing many different forms, freestanding structures, sticks and string, twigs taped together densely or openly.
In 1977, he had one of his small stick structures created in bronze. It was his first metal sculpture and he found that the metal gave permanence to his wooden structures. In the 1980's color started to become more important to him and he used bright pigments to give even more definition to his three-dimensional pieces. He also started to paint on canvas, always reflecting the elements of his wood paintings. In 1980 he painted his interpretation of the logjam that occurred as a result of the Mt. St. Helens volcano eruption. He juxtaposed his earth-toned canvas against a similar painting created entirely of sticks, mimicking the image on the painted canvas. He was constantly redefining his artistic approaches, and in the late 1980's started working with large plywood sheets. He glued the layered sheets together, deconstructed the piece using a chainsaw to cut jagged scars into the wood, and then painted it. He was now involved in a new process of building up and tearing down. His ever-evolving style took yet another direction when he started using heavy blocks of wood brightly painted and mounted on the wall. He made a point of preserving the integrity of wood by not sanding away any exposed grain.In the 1990's Arnoldi departed from the rigidity of his wood creations by painting on canvas. His paintings from this period are predominantly black and white and display free-flowing organic shapes like twists and loops with a sense of motion not seen before in his work. Arnoldi's work has been exhibited throughout his career in many solo and group shows. His first one-man show was at the Riko Mizuno Gallery in Los Angeles in 1971 and subsequent solo exhibitions followed at the James Corcoran Gallery in Los Angeles, (1980-1985), and the Arts Club of Chicago, Illinois (1986). His group exhibitions include the Los Angeles County Museum of Art (1983), the Brooklyn Museum (1986) and the Museum of Contemporary Art Los Angeles (1992). Charles Arnoldi resides in Venice, California.