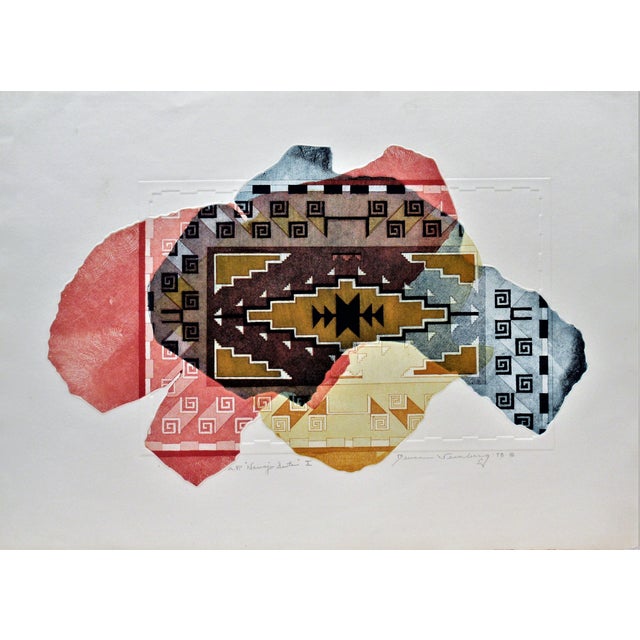 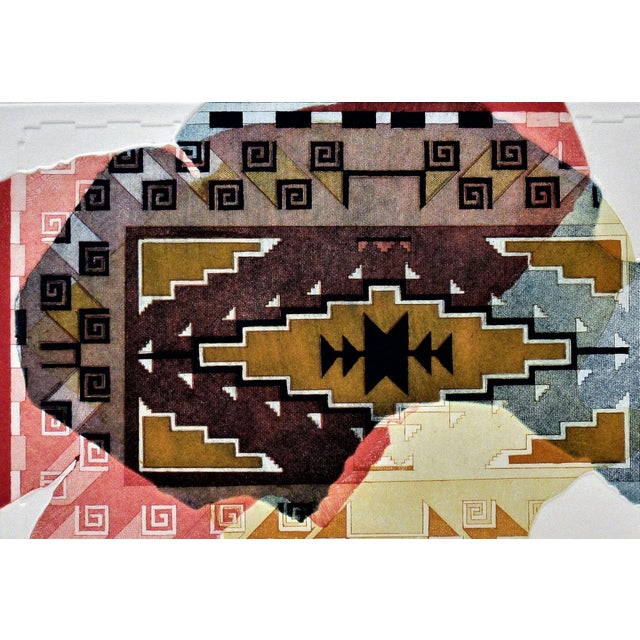 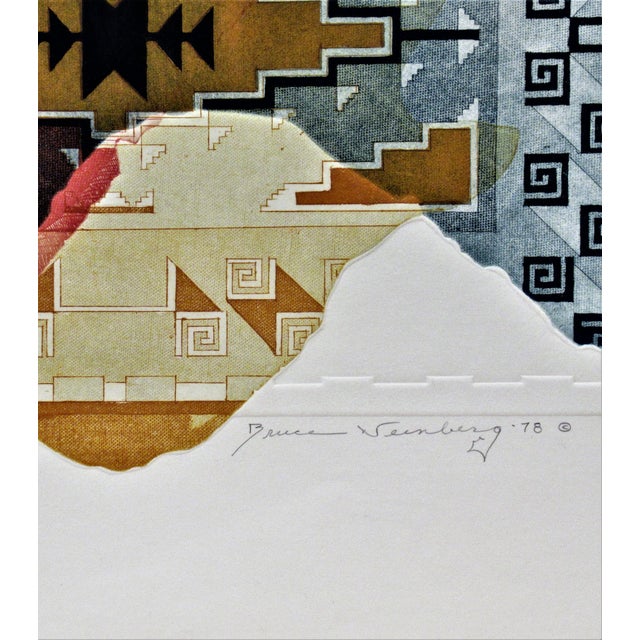 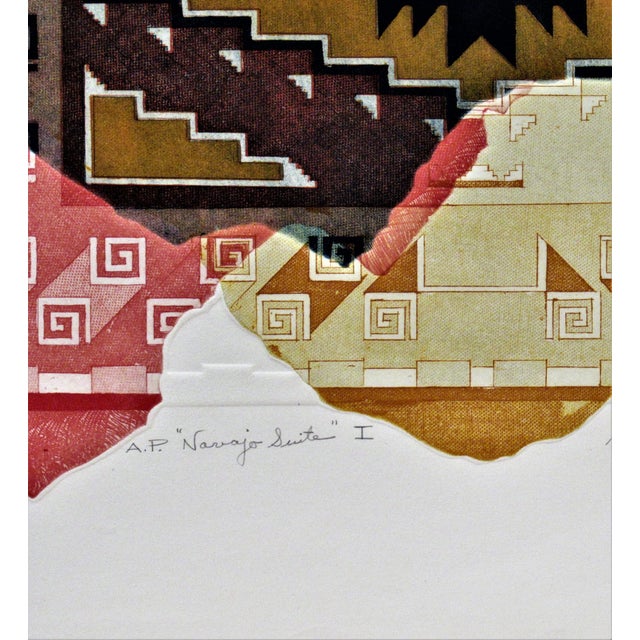 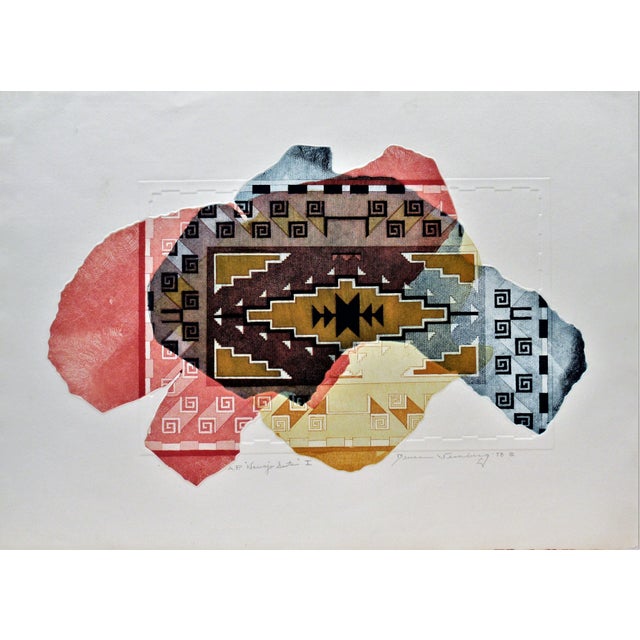 Bruce Weinberg (1942-1994) studied Interior Design at the Philadelphia College of Art and Architectural Space Planning at Temple University. During the 1970's he studied printmaking and drawing at San Francisco's Fort Mason Art Center. He created limited edition etchings as well as monoprints on his handmade paper. He was best known for multi-plate color hand pulled etchings of rugs and tapestries, which appear three dimensional with folds, fringes and turned up corners. Etchings were executed by use of traditional hard and soft ground etching technique. Employing multiple copper etching plates, these images were printed on fine rag hand made paper, some with embossed borders. Weinberg went through many stages and processes to create the finished designs. Weinberg's early artwork was influenced by design elements found in Middle Eastern textiles, architecture, exotic animals and an enchantment with Southwestern and American Indian design. Weinberg in his later years became involved in the creation of monoprints. The work of Bruce Weinberg is held in museums, private and corporate collections nationwide.