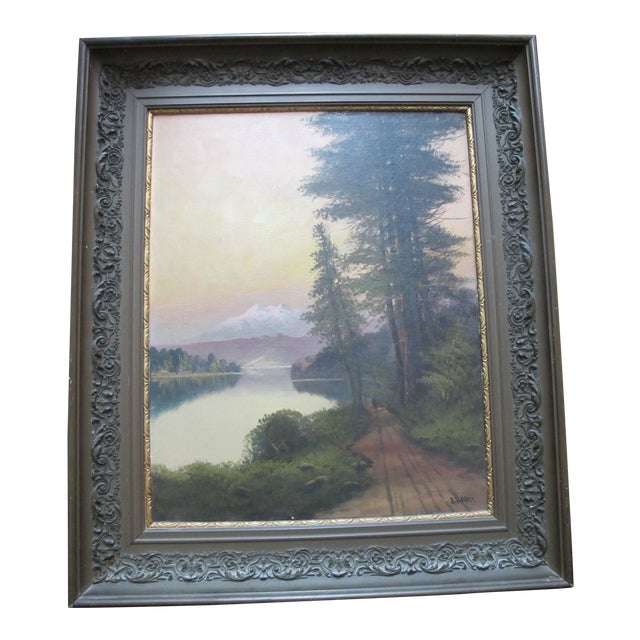 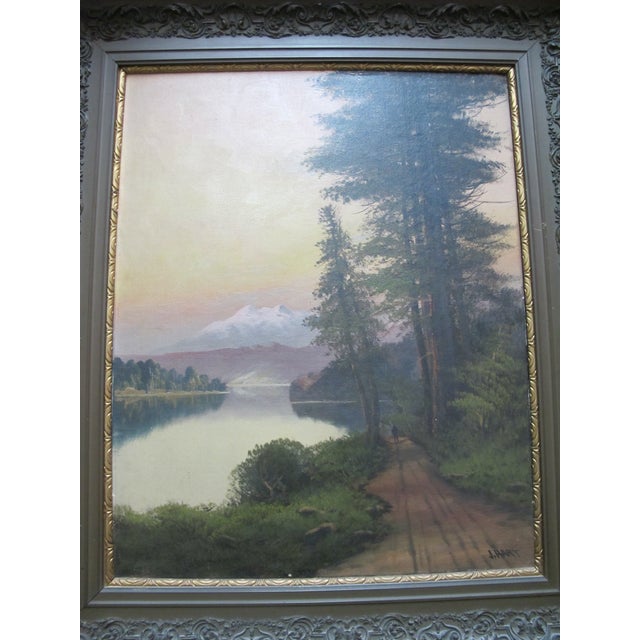 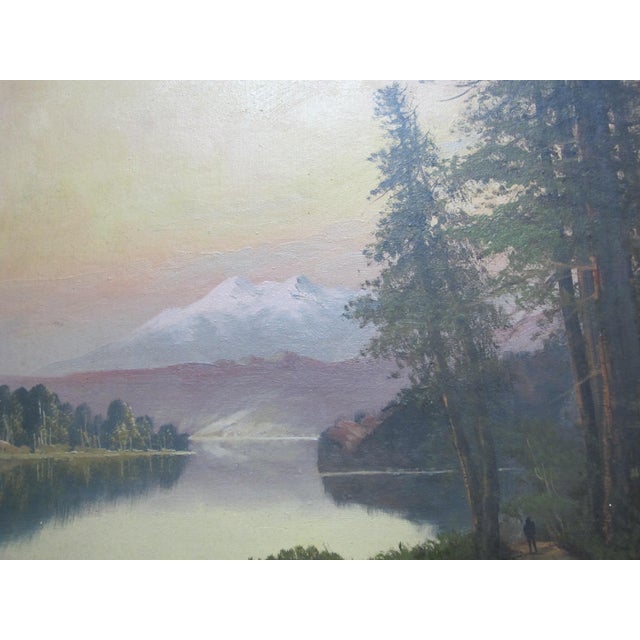 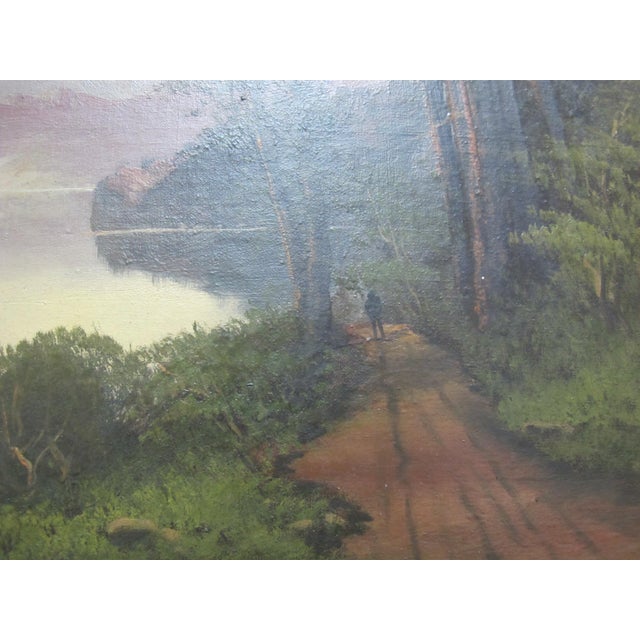 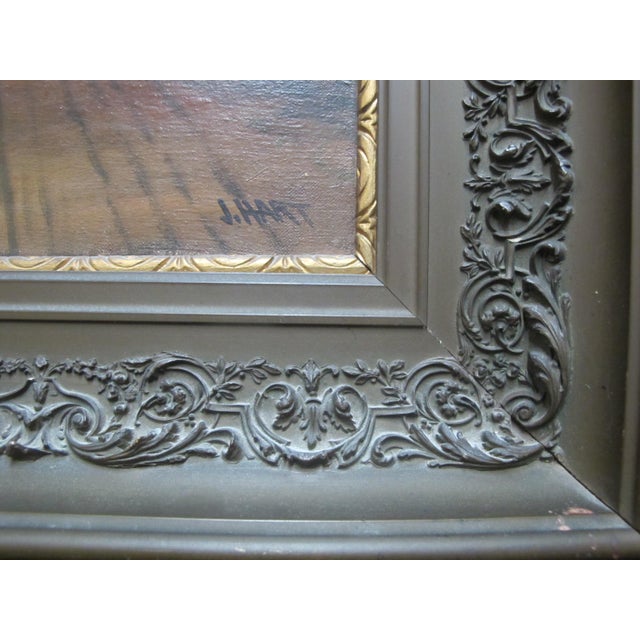 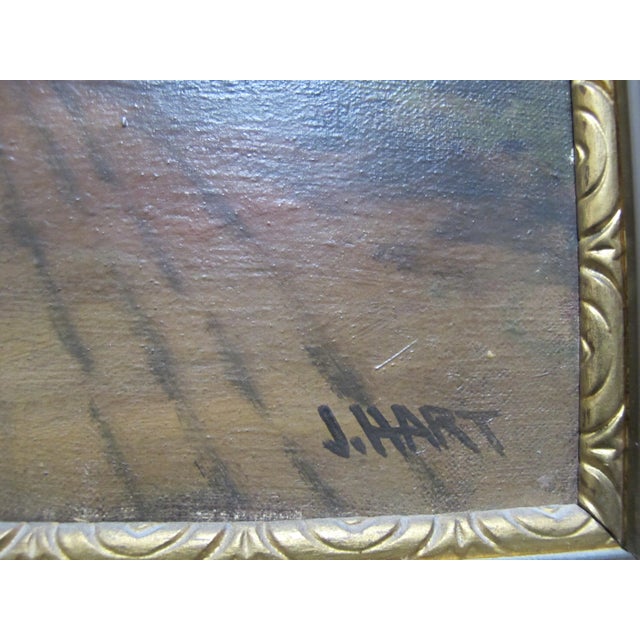 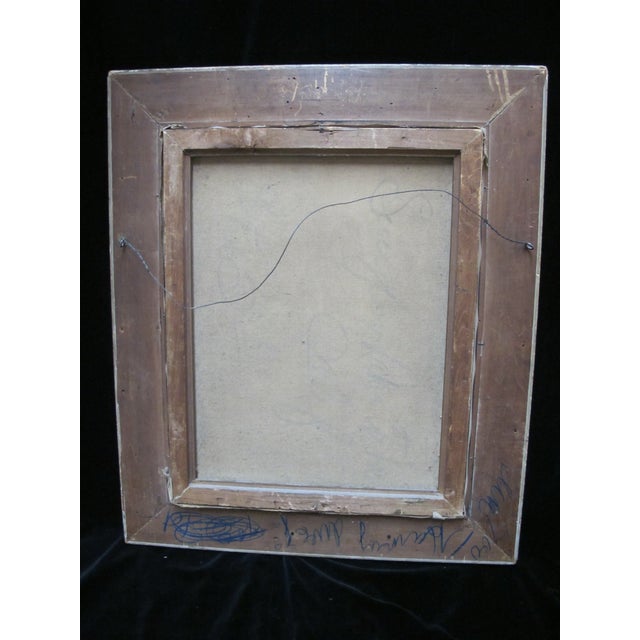 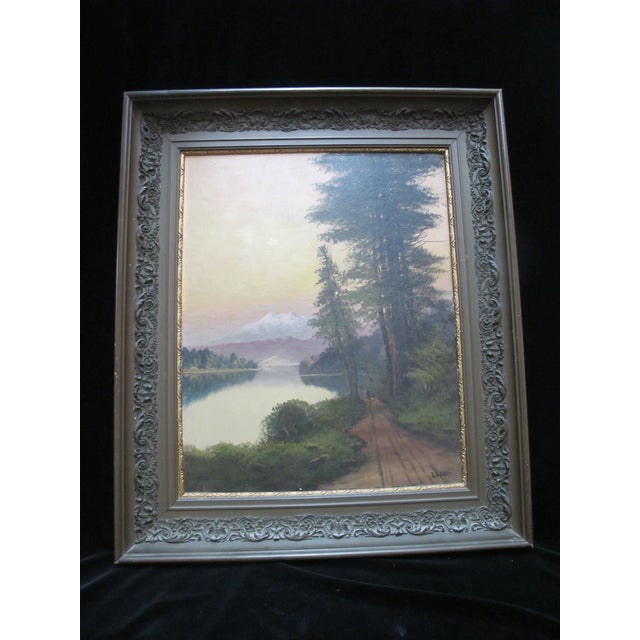 As found on AskArt: Joseph John Englehart (1867-1915) was a prolific American landscape painter who painted in realist style. He was born on June 14, 1867 in Chicago, Illinois, and died on April 14, 1915 in Oakland, California. He is noted for his documentation of America's Northwest Frontier at the turn of the 20th century, and for his oil paintings of landmarks such as Yosemite Valley, Mount Hood and Crater Lake. With most of his paintings he consistently avoided effets de soir, choosing the midday light over the romantic quality of lighting effects of sunrise or sunset.

His career started during the California Art Boom, a period when "the wealth generated (in California) by the Gold Rush, the Railroad, the Comstock Lode, banking, and commerce, created a very favorable climate for artists. Wealthy persons such as the Stanfords, the Crockers, the Hopkins and the rest of San Francisco society were buying art. Landscape paintings of famous places in the West were eagerly bought, and the current doings of the artists, where they were now and what they were painting, was duly reported in the papers and periodicals." (William C. Miesse, The San Francisco Art Boom, visual resource at Mount Shasta)

During this time until the turn of the century, Englehart maintained a studio in San Francisco on Clay Street. During those prosperous years he commuted to work from a residence across the bay in Oakland. In the late 1890s, he also traveled and painted the Northwest where he did many landscapes of the Tacoma, Washington area.

In 1902, when it appeared that many California collectors preferred European art work to local painters, Englehart decided to change residences and opened a studio in Portland, Oregon. However, he only stayed in that area until 1904, and then via New York City, he returned to California where he settled for the remainder of his life in the Alameda, Oakland area.

As stated above, Yosemite was a place where he took his easel, and which made him a part of the populist art which helped preserve much of Yosemite. However, he like other artists taking up the cause, were unable to save the Hetch Hetchy Valley from being damned to created a reservoir to provide water and power for San Francisco. It is said that this sacrificing of magnificent landscape was a great sadness to Englehart.

His work is in the collection of the College of Notre Dame, De Young Museum, Nevada Museum and the Oakland Museum.