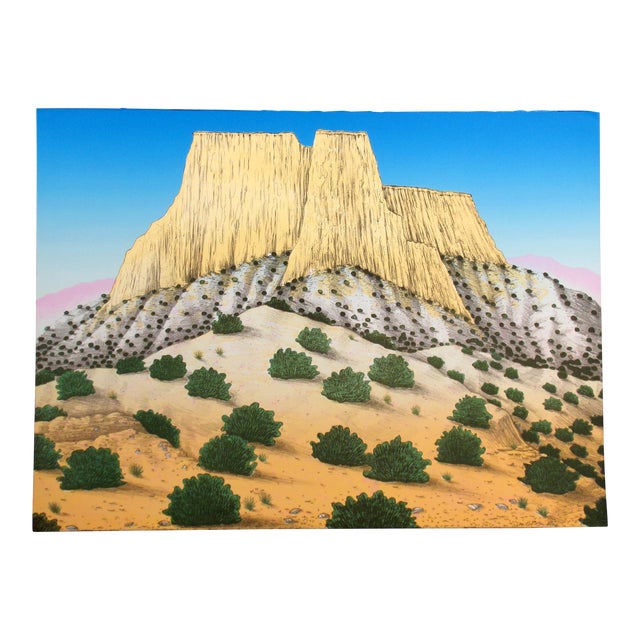 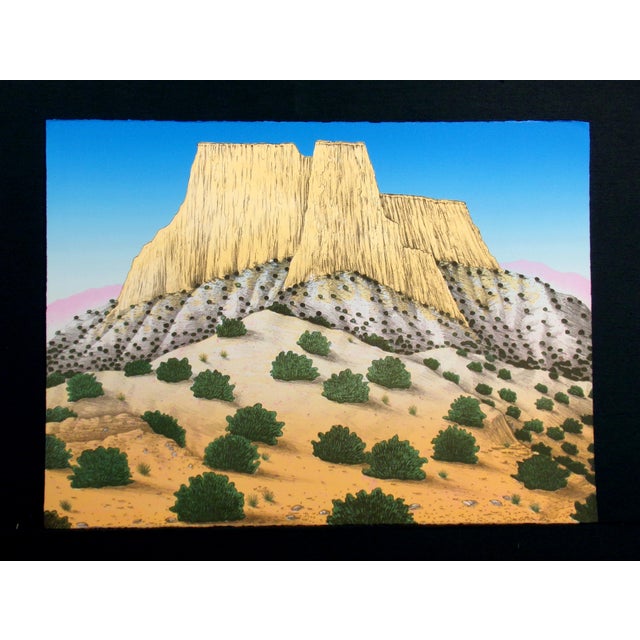 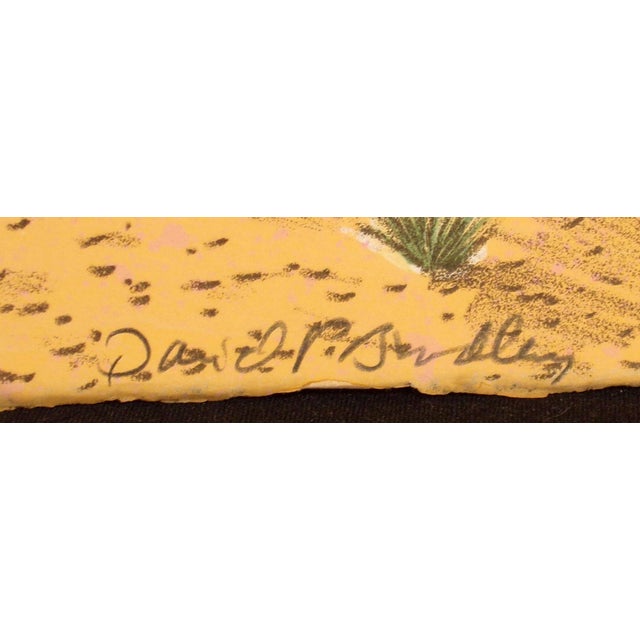 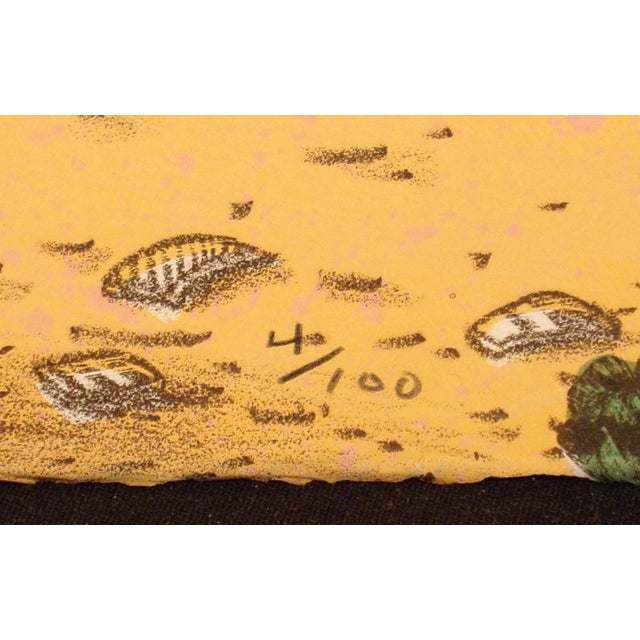 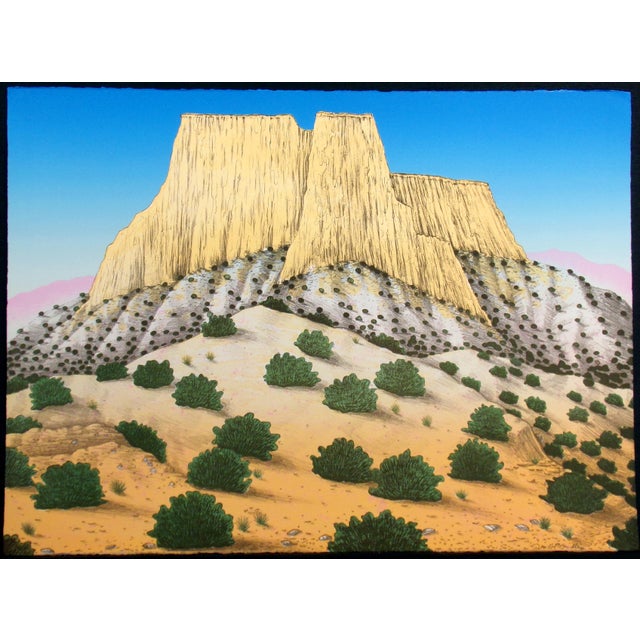 $1,200item
-
+
There are only 5 of these available.
Only 5 left!
Shop safely with our Chairish Buyer Guarantee

David Bradley was born in 1954. He attended several educational institutions including the University of Arizona, Tucson, Arizona, the Institute of American Indian Arts, Santa Fe, New Mexico, and the College of St. Thomas, St. Paul, Minnesota.

Widely known for his oil and acrylic narrative folk art, Bradley often uses cultural icons in a style simultaneously vibrant and whimsical, playful and wry. The winner of numerous awards, including the "Santa Fe Mayor's Award for Excellence in the Arts", Bradley's work is in the permanent collections of several museums and centers across the United States.

"What has been called my narrative folk style allows me to tell complex stories, sometimes with complex iconography or socio-political content," Bradley said.

The disarming humor comes naturally "when you're from a subculture that is slightly askew."

At age 5, Bradley and his brothers and sisters were taken from their parents by a private welfare agency. "It's complicated," he said of his childhood. He counts nine parents - birth parents plus his foster and adoptive parents and, later, step-parents. The turnover "made me very independent at a very young age."

He graduated from Remer High School, where he was Indian Student Club president, while living and working near Leech Lake Reservation. Before the travel bug bit him, he attended the College of St. Thomas (now University of St. Thomas). In Tucson he studied at the University of Arizona, leaving to join the Peace Corps.

"My travels in the Peace Corps changed my life," he said. "In Guatemala I lived with a Mayan Indian family, terribly poor but with great strength and integrity." His early independence contributed to his survival under the tough living conditions. Of the volunteers in his first group, he was the only one of 12 to complete the term.

Bradley also served in the Dominican Republic on the Haitian border. The colors, painters and people made a lasting impression. His early work reflects his Chippewa heritage and the folk imagery he saw in Central America.

While in the Peace Corps, he began corresponding with his birth mother. On his first break, he was reunited with her - and many of his "six-and-a-half siblings," which includes a half-sister - in Minnesota.

"We picked right up where we left off," he said of the 16-year separation from his mother. His birth parents had divorced and remarried; three of those four parents were White Earth Chippewa.

Following his Peace Corps service, he enrolled at the Institute of American Indian Arts (IAIA) in Santa Fe. He lived on the Navajo Reservation during the summer and many weekends and holidays. "I was so free in the world," he said about his independence at IAIA. "Many of the kids came from isolated communities and couldn't take the culture shock; many of them quit school and went home."

In 1979, at age 25, he received one of his most treasured honors - the Minnesota Chippewa Tribe's College "Student of the Year Academic Award."

His work in collage "appeases a different part of me," Bradley said. He's done a lot of sculpture, some printing, ceramics and jewelry. He loves abstract work and has dabbled in conceptual art.

If much of his art appears political, that's because it is. "By definition, by birth, Indians are political beings," he said. "That's our condition, our lot in life.

"In the art world, I consider myself an at-large representative and advocate of the Chippewa people and American Indians in general. It is a responsibility which I do not take lightly."