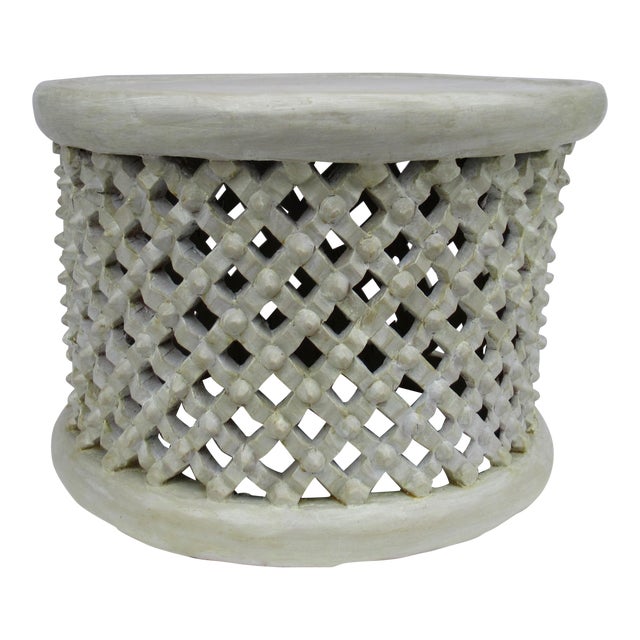 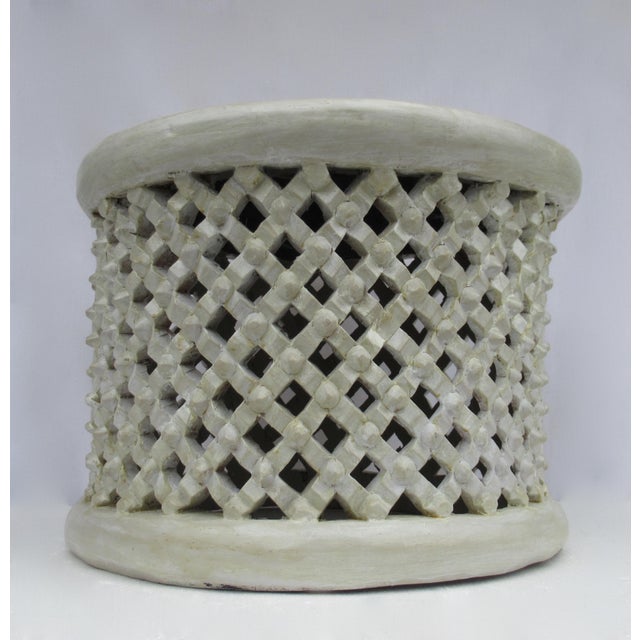 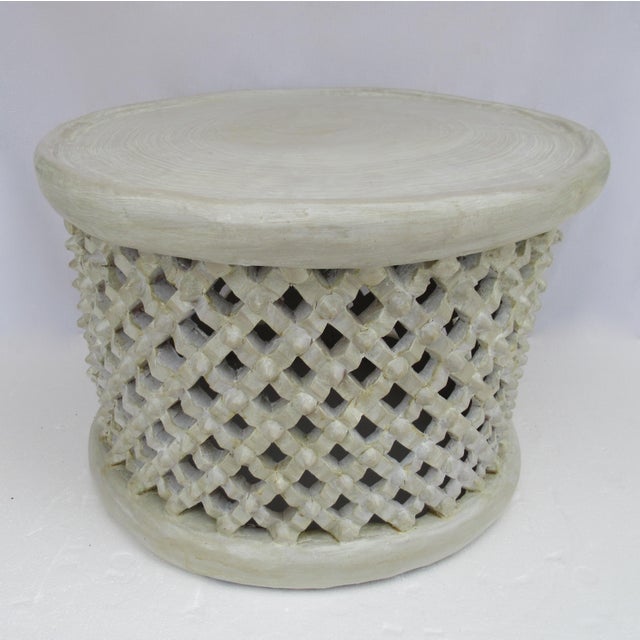 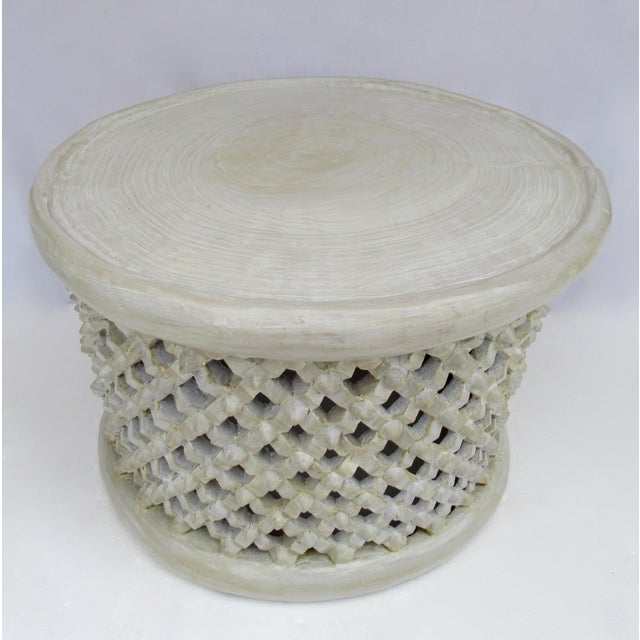 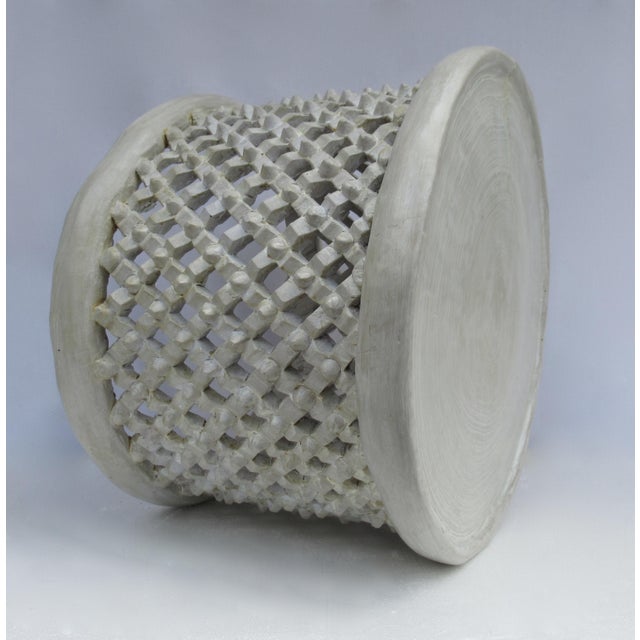 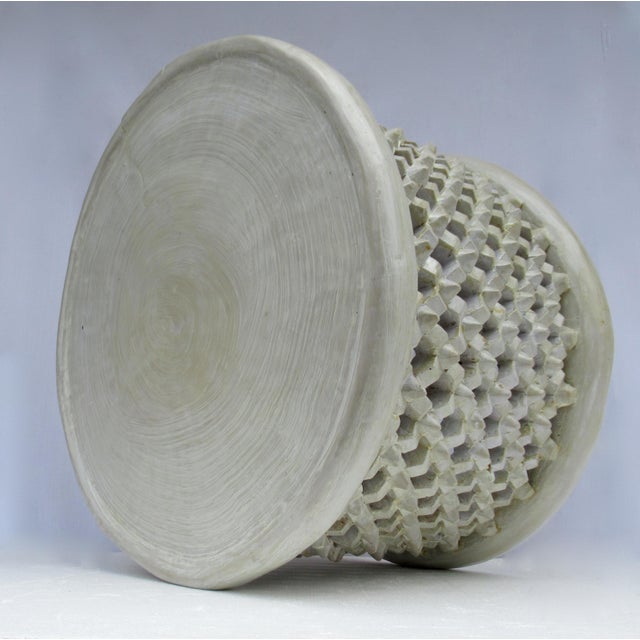 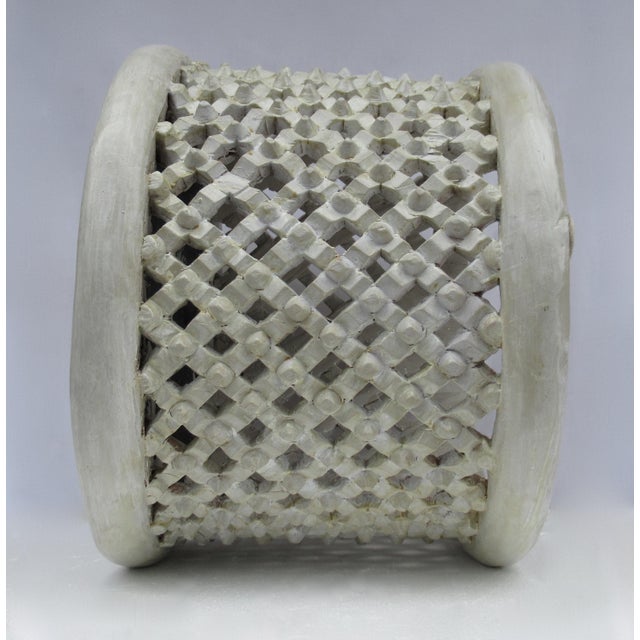 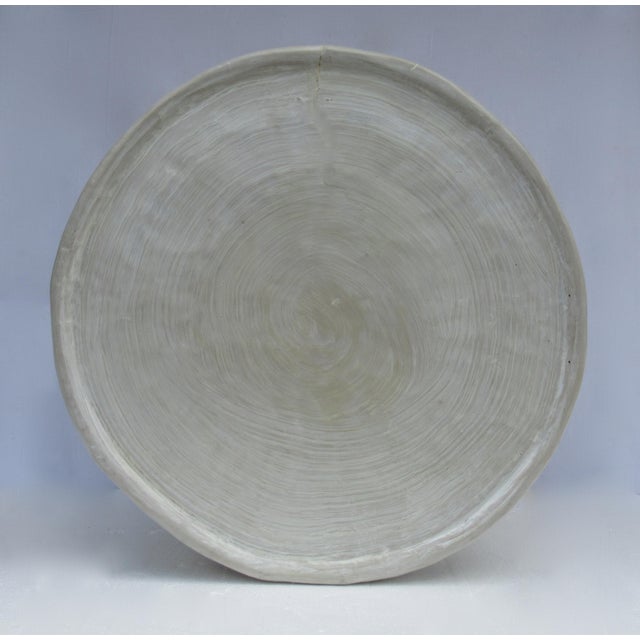 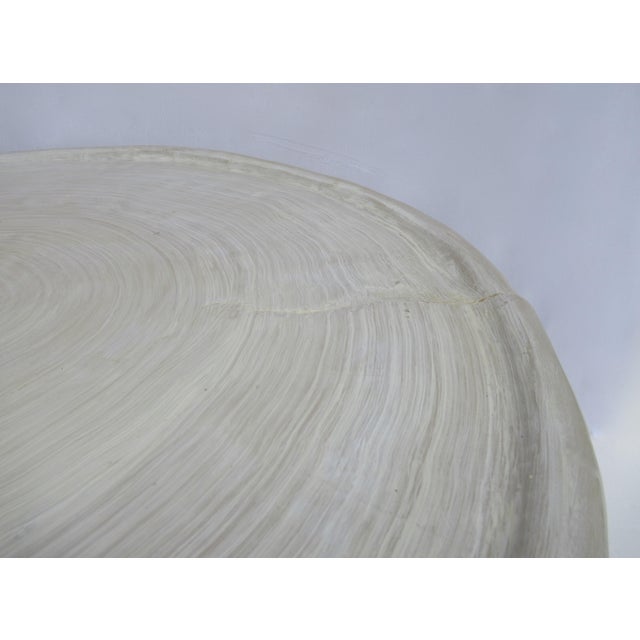 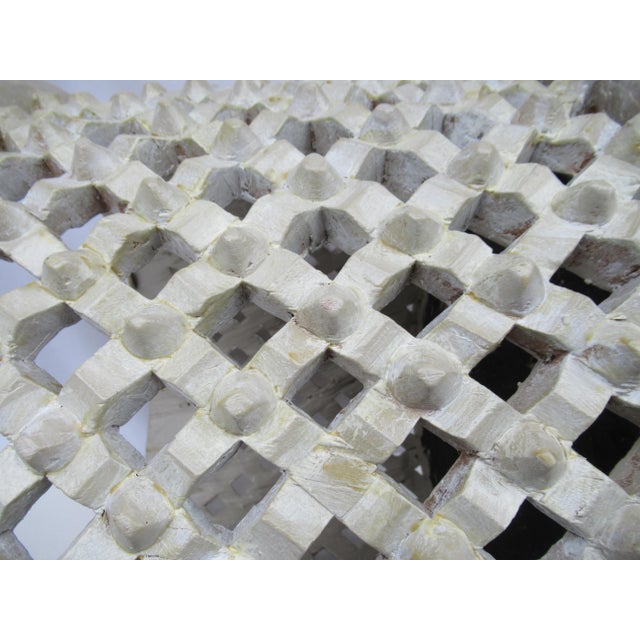 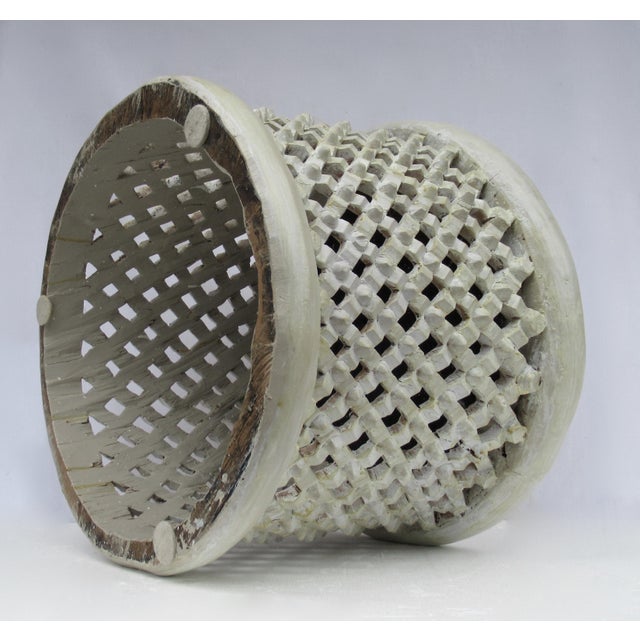 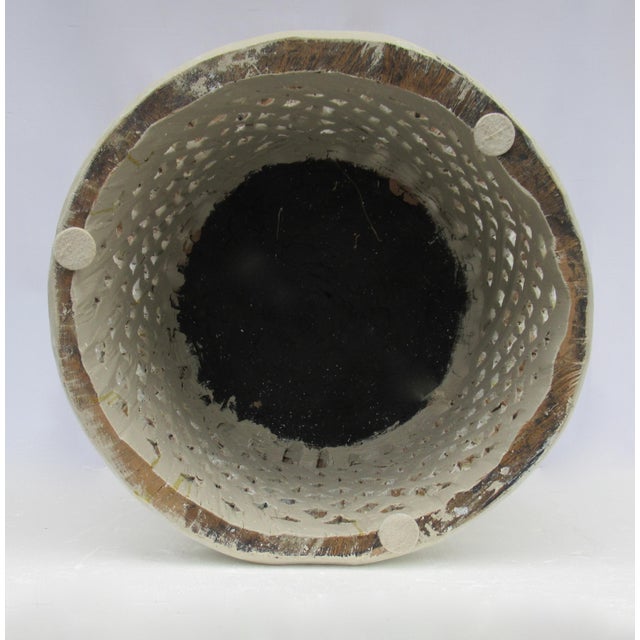 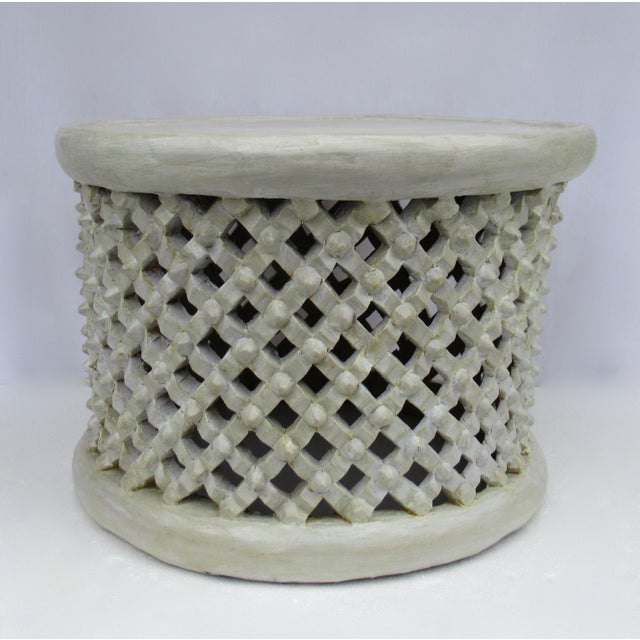 20th. Century African, hand-carved, bemileke table or stool made in Cameroon. This wonderfully universal, Moorish-style carved table or stool, apparently ... more20th. Century African, hand-carved, bemileke table or stool made in Cameroon. This wonderfully universal, Moorish-style carved table or stool, apparently seems as if it was whitewashed, in a dove to putty gray coloration, over the original wood color, one sees from underside, perimeter edge color, as depicted in the last image. The cross-hatched design motif, has been often used across the board in design periods, but lends itself to the ethnicity, and has the structural propensity of durability, without detracting from the design. They also depict as close-up shows, the process of scraping and cutting away holes in the hand-carved process, including the underside, which one can see the bigger scrape marks of a tools, utilized in the hand carving process, which they also chose to paint black the underside center, original to the table, otherwise the underside side paint and exterior, was made from the previous owners, who decided to lighten the table. Also raised relief diamond point details sprout in the center of every, crossing path of the cross-hatch motif. This pattern can also be seen in Old English, Scottish manors, and across all of old Europe in Castles and manor homes, beyond elsewhere. A universal design in itself. This and many of these pieces are carved out and honed form big pieces of hard wood, indigenous to Africa and Cameroon, and elsewhere which produces these type of pieces. They are eclectic, stylish, casual, functional, tactile and textural, as a component to interiors the neutrality breaks up and sets off any domain, and yet dresses up any interior with a Bohemian, Boho Chic, African inspired interior, California or Hamptons-like esthetic, but quintessentially ethnic as well, that it does not derail fom the beauty of such crafted pieces, not mad of machine but of man, and one's tool of trade by hand. There is a blemish to the wood as top, close-up image indicates, part and partial to the actual piece of wood, when it was carved out, and the dynamic of the piece used, and due to wood dries, with some creases, sustained in that normal conducive state of wood and nature. As is found, as we think previous owner had the table finished as shown in this quasi white washed to soft putty gray coloration.

In great condition, normal wear with felt foot protectors, as shown in images, also as is found. less