Discover Designers
Are you an interior designer?  Join our trade program to enjoy exclusive benefits!Join the trade 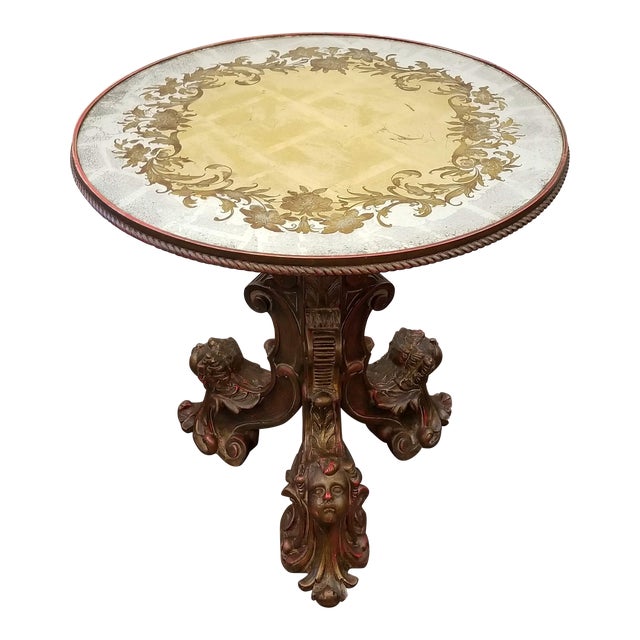 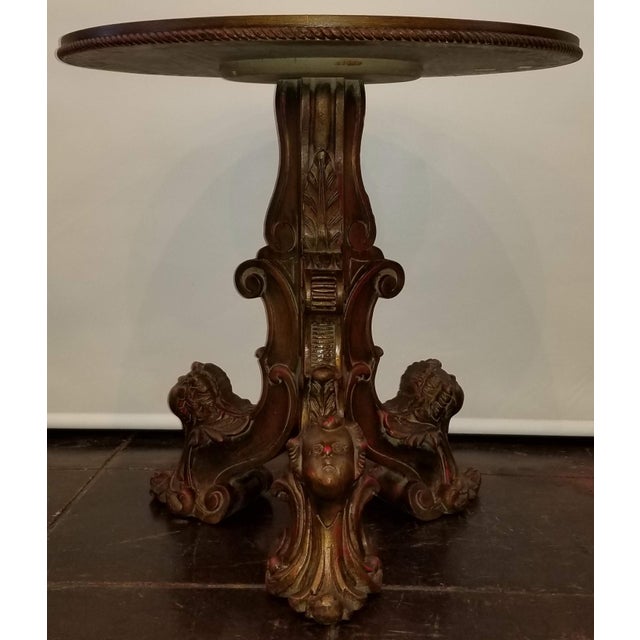 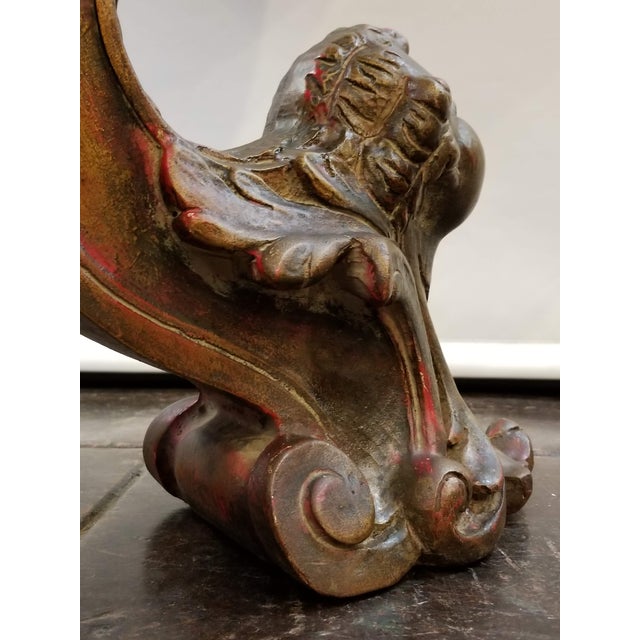 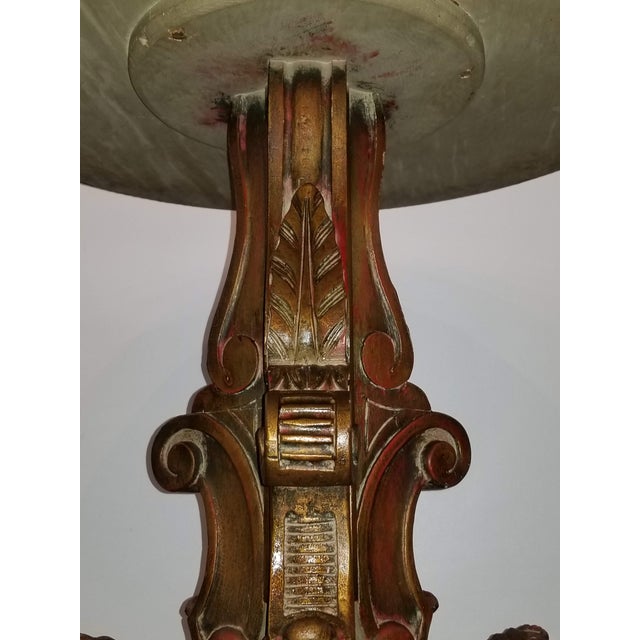 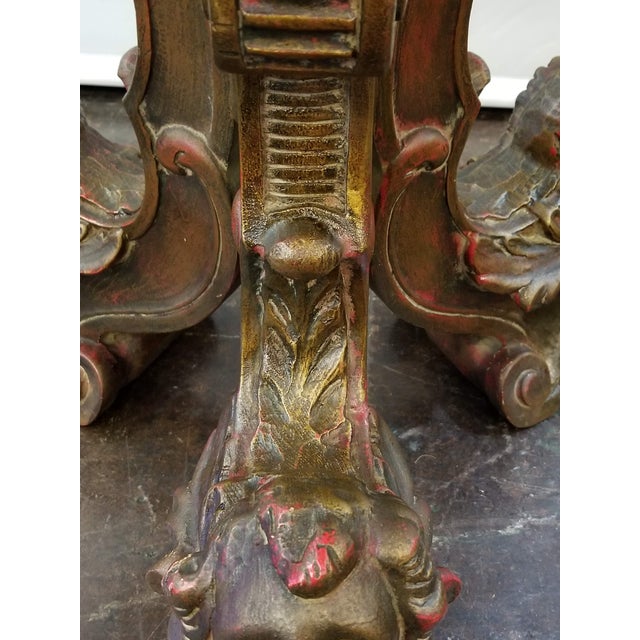 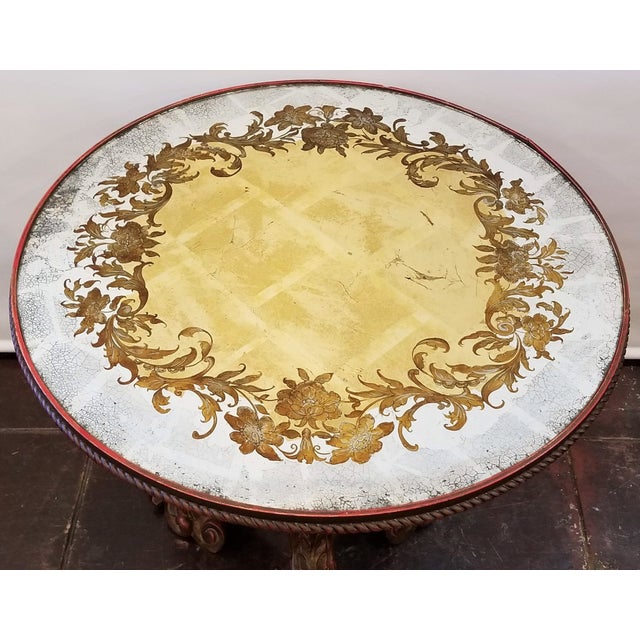 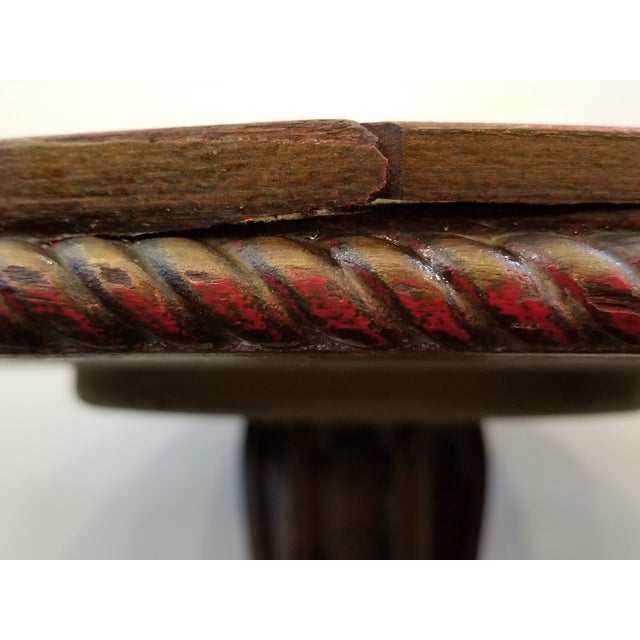 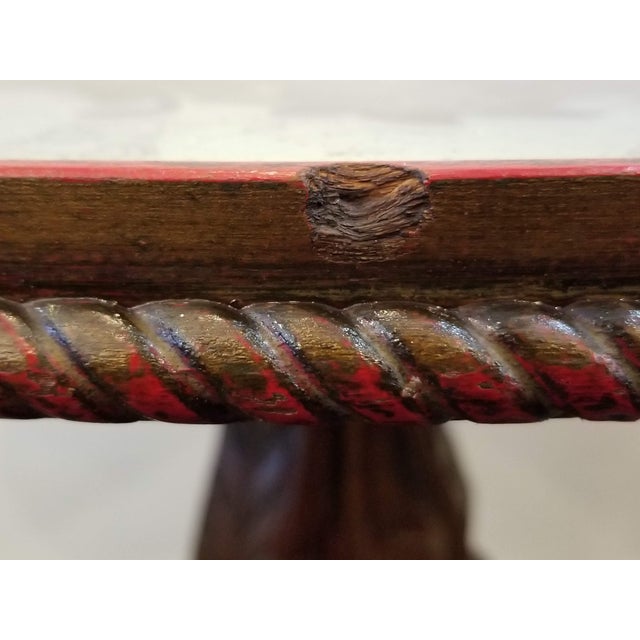 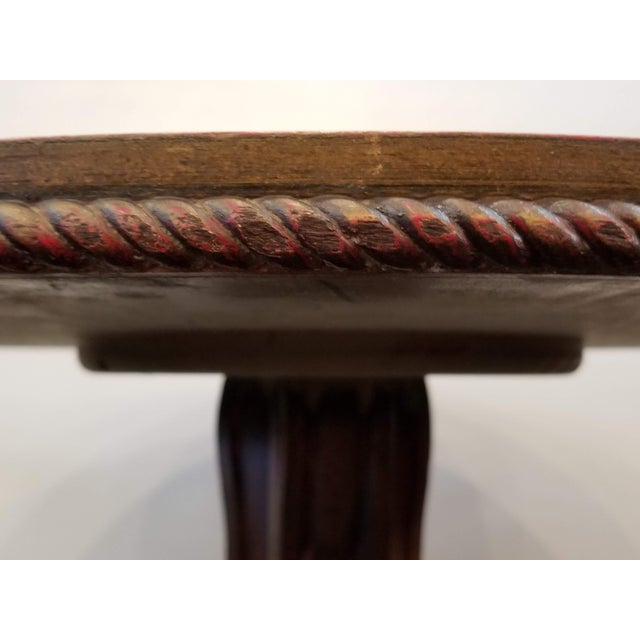 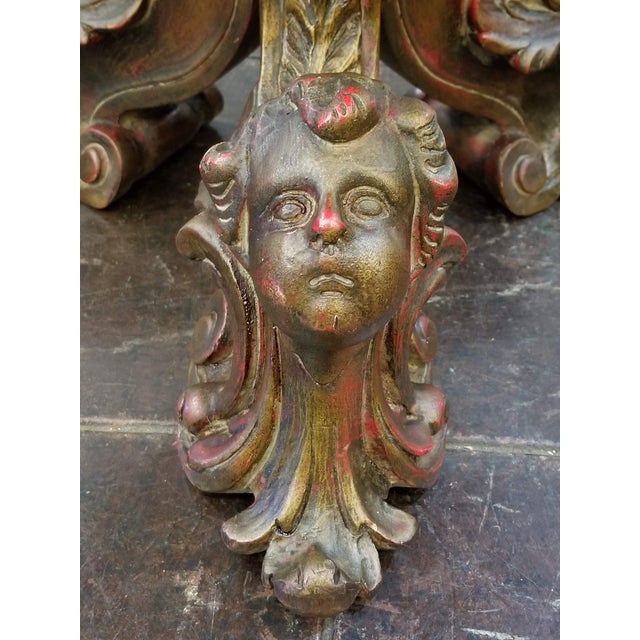 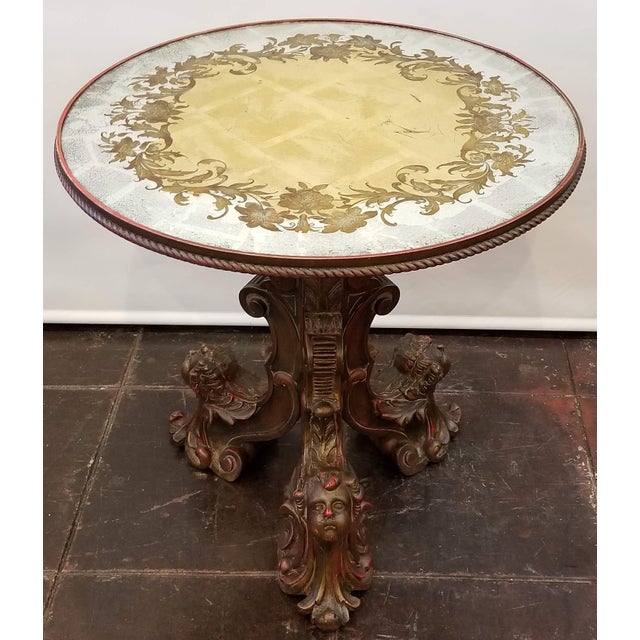 In the spirit of burgeoning neo-Maximalism, we present a gueridon harkening back to the days of original Divine Excess during the Trecento in Italy where the glass gilding technique as seen on the top of this center table was used for reliquaries.

Gilded glass is a technique involving adhering metal leaf to a glass panel with gelatin, which creates a mirror finish, then etching images on the reverse through the foil and finishing by reverse painting. The technique developed from the pre-Roman art of mosaic creation or tesserae. The Byzantines combined the art of creating tesserae with thick glass pieces sandwiching gold leaf. By the mid-to-late 13th century the technique was in use for religious art in Sienna, Italy and by the time Cennino Cennini's book IL LIBRO DELL'ARTE was released in the late 14th century the practice had obviously been in use as the techniques are outlined in the tutorial. Cennini wrote:

There is another process for working on glass, indescribably attractive, fine and unusual, and this is a branch of great piety, for the embellishment of holy reliquaries; and it calls for sure and ready draftsmanship. This process is carried out as follows. Take a piece of white glass, with no green cast, very clean, free from bubbles; and wash it, rubbing it down with lye and charcoal. And rinse it with good clear water, and let it dry by itself. But before you wash it, cut with a good clean whisk just as you do that for gliding, so that it is thoroughly beaten; and let it distill overnight. Then take a minever brush, and with this brush wet the back of the glass with this glair; and when it is thoroughly wet all over, take a leaf of the gold, which should be quite heavy gold, that is, dull; put it on the paper tip, and lay it deftly on the glass where you have wet it; and press it down with a little very clean cotton, gently, so that the glair does not get on top of the gold; and lay the whole glass in this way. Let it dry without sun for the space of some days.

When it is all dry, get a nice flat little panel, covered with black cloth or silk; and have a little study of your own, where no one will cause you any sort of interruption, and which has just one cloth covered window; and you will put your table in this window, as if for writing, so arranged that the window shines over your head when you have your face turned toward this window. With your glass laid out on this black cloth:

Take a needle, fastened in a little stick as if it were a little brush, and have it quite sharp pointed. And, with the name of God, begin to draw lightly with this needle whatever figure you wish to make. And have this first drawing show very little, for it can never be erased; and therefore work lightly until you get your drawing settled; then proceed to work as if you were sketching with a pen, for this work has to be done freehand. And do you want to be convinced that you need to have a light hand, and that it should not be tired? -[Know] that the strongest shadow you can make consists in penetrating to the glass with the point of the needle, and no more; that the intermediate shadow consists in not piercing through the gold all over; that it is as delicate as that, and you must not work with haste--rather with great enjoyment and pleasure. And I give you this advice, that the day before the day you want to work at this job, you hold your hand to your neck, or in your bosom, so as to get it all unburdened of blood and weariness.

When you have got your drawing finished, and you want to scrape away certain grounds, which generally want to be put in with ultramarine blue in oil, take a leaden style, and rub the gold, which it takes off for you neatly; and work carefully around the outlines of the figure. When you have done this:

Take various colors ground in oil, such as ultramarine blue, black, verdigris, and lac; and if you want any drapery or lining to glisten [in lines of gold] on green, apply green; if you want it on lac, apply lac; if you want it on black, apply black. But the black is the most striking of all, for it shows up the figures better than any other color.

Note that Cennini does not use the term Verre Églomisé. The term came into use for this technique after it was revived in the mid-18th century by French decorator and art dealer Jean-Baptiste Glomy (1711-1786) who framed his engravings by encircling them with a thin line of gold. His technique became known as Glomyized glass which developed into Verre Églomisé.

This table was crafted during the next revival of interest in Italian glass and architecture which began in the 1840s with the British fascination with Italian Renaissance architecture, grew during the 1860s as two exhibitions were launched regarding Italian glass art and production, and peaked in the 1870s as construction commenced in various countries on Second Empire Baroque buildings. This neo-Baroque and neo-Renaissance revival lasted through the Wrenaissance, or Edwardian Renaissance Revival, of 1901-1910, and on until the mid-1930s. The table was made c. 1870s - 1930s.

The ornate carved giltwood tripod base features putti heads and highlighting with red paint. At the top of the baluster stem sits a hand crafted verre eglomise top gilded in silver and gold with etched and painted images. less

All sales are final 48 hours after delivery, unless otherwise specified.

India Street Antiques has been importing European vintage and antiques to San Diego since 1991. ...

Shop all from this seller