The latest season of TV linchpin Ryan Murphy’s anthology series American Crime Story retells the Clinton-Lewinsky scandal. While the opening season followed the OJ Simpson trial—complete with exacting recreations of court rooms and big LA mansions—and the second season about the assassination of Gianni Versace showcased pools inlaid with mosaic tiles and airy Italian courtyards, the series’ third installation takes us back to the ’90s and into the White House.

Thus, Impeachment: American Crime Story felt like the perfect fit for Emmy award-winning set decorator Kimberly Wannop who had previously worked on shows like Veep and Parks and Recreation. Excited about the prospect of diving back into the stately interiors of the White House, Wannop sourced tons of federal and colonial pieces from Chairish. We spoke with Wannop about what it was like to work on set, recreating Lewinsky’s apartment with consultation from Monica herself, and some of her design influences. Plus, don’t miss out on our collection of pieces inspired by those used on the show. 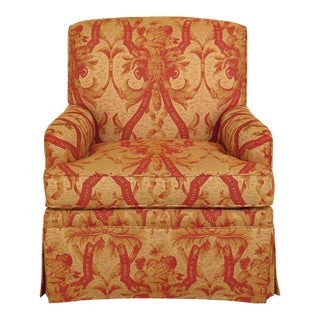 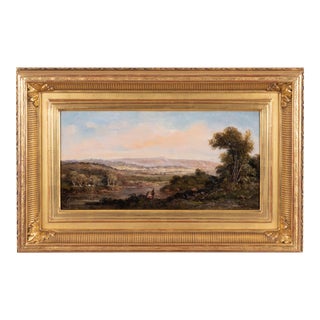 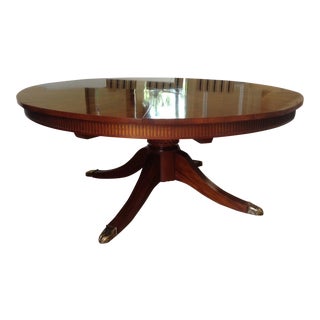 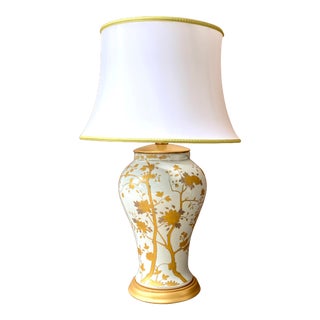 How did you first get involved with Impeachment: American Crime Story? At what stage did you come in?

I first spoke with production designer Jamie McCall in December 2019. She presented the project to me because she had seen my work on Veep. We had also worked together on other projects but not in the same capacity of designer and decorator. I started prepping in late January 2020, which was about eight weeks before shooting, but we shut down the week before we were supposed to shoot because of COVID.

The idea of decorating the Clinton White House era! But there was a twist with this show—the show’s color palette would have to be very muted. That presented an interesting challenge for me. We stayed away from any bright colors and patterns, which is kind of hard when a lot of campaign and political dressing is bold red, white, and blue and the ’90s were just all over the place with color.

I’m not sure if I have a mantra but I do have a pattern of keeping all the small objects outside the set and walking each one in. I like walking through the set over and over to see what each space truly needs.

Since the show is set in the ‘90s, the entire set requires attention to detail, research, and inspiration. Is Chairish a go-to source for your projects that require period pieces?

Absolutely. There’s so much variety on Chairish in look and era. In decorating the ‘90s, you need to also throw in pieces from past decades because it’s not like everyone redoes their homes or offices every decade. Chairish was a great resource for us in finding federal and colonial pieces that are plentiful on the East Coast but not where we were shooting in Los Angeles. In that way, it helped a great deal.

In addition to a period piece, much of the show takes place in the White House. What was it like recreating such an iconic setting?

I have really come to love the White House after studying it for the past six years. Veep and ACS: Impeachment have totally different looks yet it’s the same architecture. I can’t even count how many books about the White House, the design of the Clinton, Bush, Obama eras, and the Eisenhower White House renovation I’ve read. We took a lot of inspiration from the Kennedy and Nixon offices, because they all use a lot of the same pieces but in different arrangements. I always am in awe of Oval Office sets—in Veep, the set was only about eight inches off of the size of the real Oval Office. So impressive. 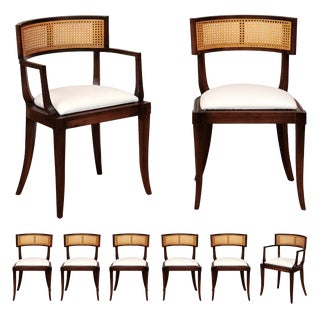 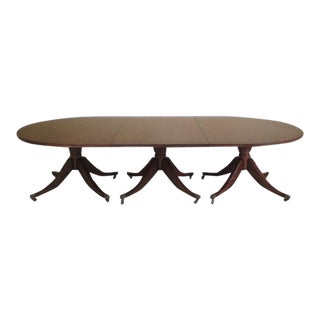 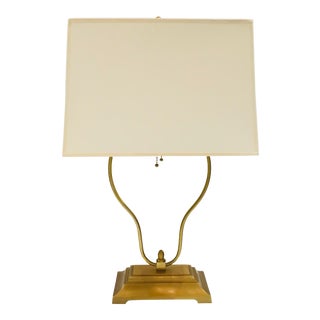 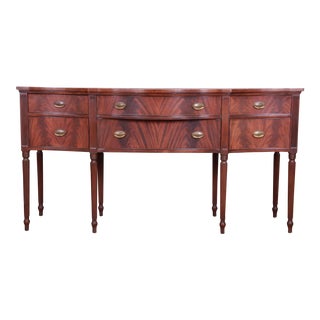 
What are some of your favorite pieces from Chairish that appeared in American Crime Story: Impeachment?

Oh, I got some gems! An antique federal mirror with a gilded eagle figure on top that was almost an exact match with what was hanging in Clinton’s private West Wing office. Ethan Allen Carolina dining chairs and an antique American federal style china cabinet I used in Linda Tripps’ home set. An iron mirror from the 1940s and hand embroidered linen pillow from Harrods for Monica Lewinsky’s apartment set.

Do you have a story to share about any of those pieces from Chairish?

What inspired you to pursue set decorating?

Visiting Disney World as a child and seeing all the design details, and later becoming a total film and TV fan. I watched everything when I was little. Classics like Gone with the Wind and The Wizard of Oz definitely made me want to be a part of the design magic—I was just in awe of it all.

Each project is different but it’s usually four to six weeks if you are starting a TV show and about three to four weeks if it’s recurring. We have the task of setting the look with the designer and seeing what is available in time for shooting, whether it’s a rental or purchase. We also have to work with the producer on the budget, sorting out logistically with other departments like lighting and construction when we can dress the sets that are being built. It’s a huge jigsaw puzzle. 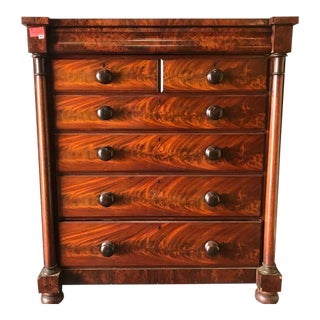 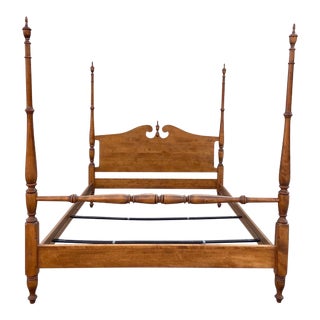 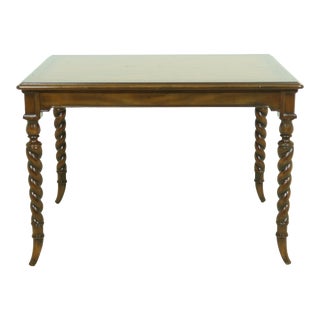 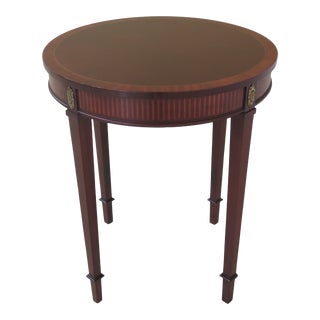 
How do you approach designing for so many different genres and time periods?

Research! SO much research. For Impeachment, I purchased so many Laura Ashley catalogs, Ikea catalogs, Southern Floral books, dated Crate & Barrel catalogs—just to get a sense of what was being sold at the time. And then of course there is watching films and shows at the time. I watched You’ve Got Mail, The Sopranos, Frasier, Friends, and other ‘90s films to look at the furniture.

What works on the set doesn’t always work at home. The comfort of a sofa used for one scene versus the comfort of a sofa for a family of five won’t necessarily be the same. Colors that may be perfect under lights on set may not be so great to look at every morning at breakfast. For set design, you really need to follow budgets more and fit the short time frame of getting things on set. To be honest, I moved into a home last February and I only hung up pictures a week ago. And my new sofa is still three months out! A home can take years to curate but on a set, I might only have a couple days.

I love to buy old, ornate frames and then find free cleared art to put in them. And I constantly reuse the frames!

That’s probably a toss up of Gone with the Wind, Casino, and Caddyshack. 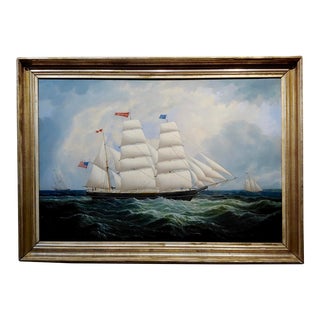 19th Century Portrait of an Americ… 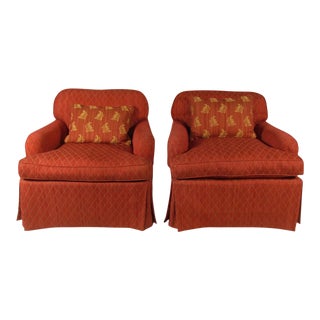 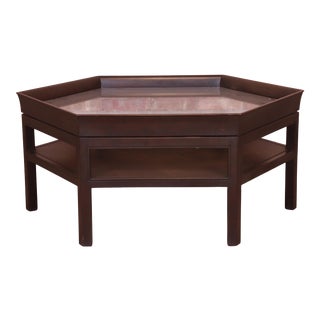 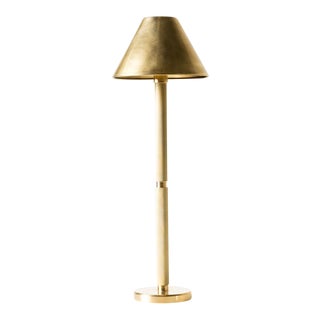 
What is a favorite design destination you think every decor lover should visit at least once?

I would suggest Rome. The staples of architecture with such ornate details are astonishing to me. Paris has to be close second. The city is breathtaking at any time of year. Visiting both of these cities has definitely had an impact on my design style.

It’s so all over the place but I would say Da Vinci, Michelangelo, I.M. Pei, Charles and Ray Eames, Sister Parish… and many others.

Chairish has become such a staple in my search when trying to decorate a set. I find it easy to search on, and being able to purchase exclusively in my location is key. There is just a huge selection of so many different styles. It’s a very versatile resource.

All images by Tina Thorpe/FX 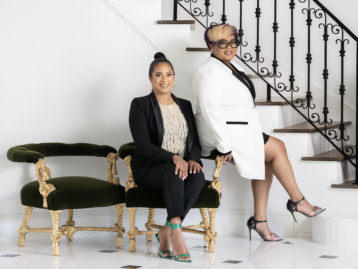 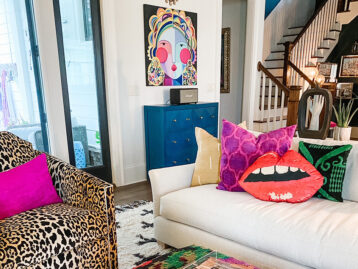 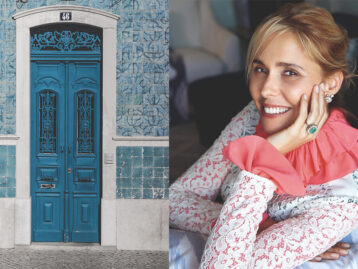 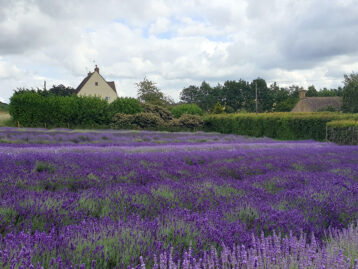 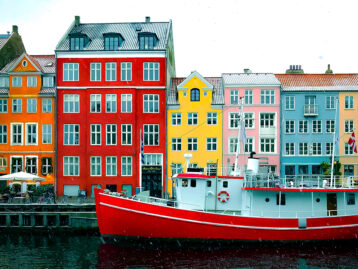 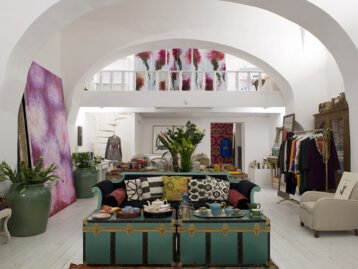