In his second book, Perspective, Steven Gambrel shares 12 projects, ranging from Manhattan apartments to a pied-à-terre in London to a villa in Zurich, as well as a generous array of the charming beach and country houses for which he is so well known. “Our perennial quest,” says the designer, “is to reinterpret tradition with intriguing twists and irreverent juxtapositions.” Here, a preview of the array of sumptuous, colorful, and comfortable rooms that fill his new tome.

Gambrel’s own townhouse on Morton Street in Greenwich Village had belonged to a well-known artist for four decades. He designed new doors, casings, millwork, and cabinetry to conjure a timeless West Village feel, and incorporated favorite artworks and furniture from his previous residence.

The renovation of the Morton Street townhouse involved lowering the kitchen floor by three feet to gain ceiling height and access to the garden; the custom cabinetry and shelves display hotel silver and everyday dishes.

In an historically significant building in Chicago with spectacular views of Lake Michigan, Gambrel worked with the Chicago-based firm Liederbach & Graham Architects; the designer lined the library in saddle-stitched red leather in homage to Frances Elkins and David Adler whose famous library for the 1927 Clow House in Lake Forest, Illinois, Gambrel considers one of the most beautiful rooms of the twentieth century.

In a Fifth Avenue duplex in a 1912 building by McKim, Mead & White, Gambrel had the sitting room lacquered a high-gloss peacock-blue as a counterpoint to the adjacent waxed pine study; the vintage Italian club chairs are by Paolo Buffa.

For a pied-à-terre in London’s Mayfair neighborhood, Gambrel made certain that nearly every surface had patina, texture, and what he terms, “rugged polish.” The walls in this small alcove room are upholstered in mossy green velvet.

In his redesign of an apartment in the famed Plaza Hotel on Fifth Avenue, Gambrel wanted to suggest rooms frozen in time, so every surface was artfully distressed to suggest years of use and the softness that comes from decades of exposure to sunlight and layers of wax. A curtained bed in the master bedroom has a luxe, old-world feel, but the use of heavy Belgian linen keeps it young and modern.

The cover of the designer’s latest book, Steven Gambrel: Perspective, published by Rizzoli. 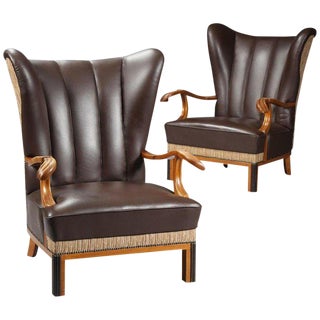 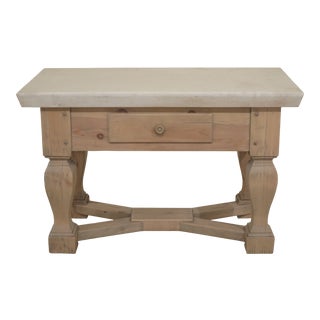 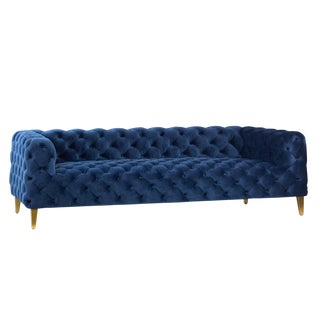 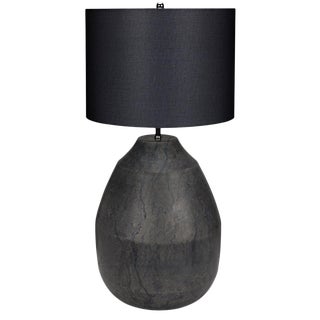 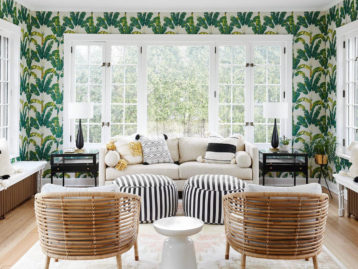 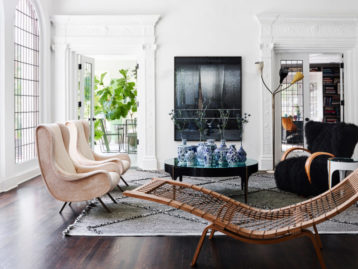 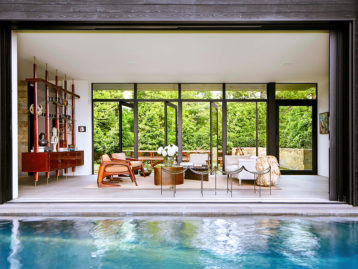 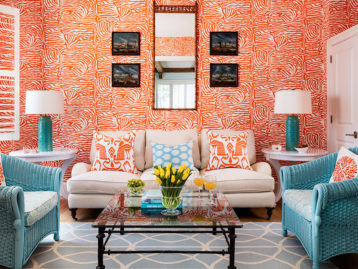 There are plenty of ways to add a sense of joy to an interior, and... Read More 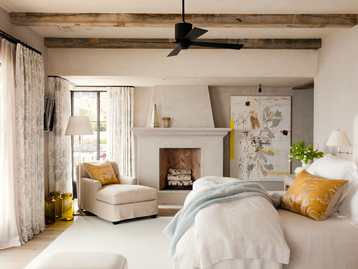 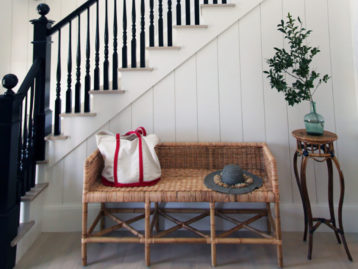