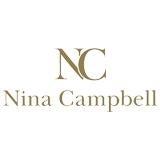 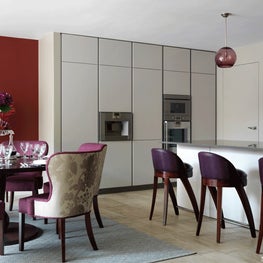 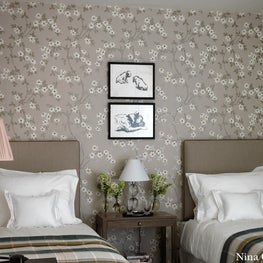 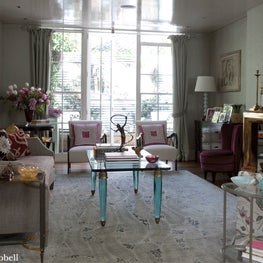 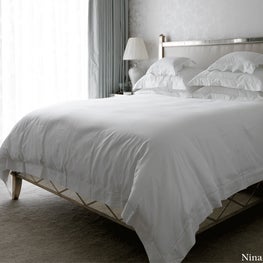 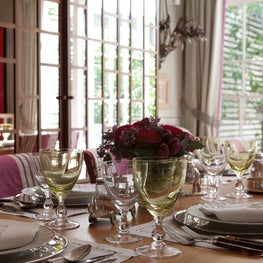 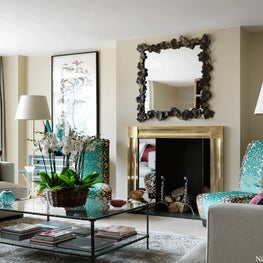 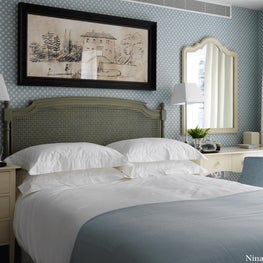 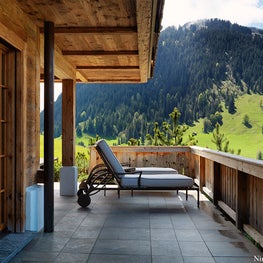 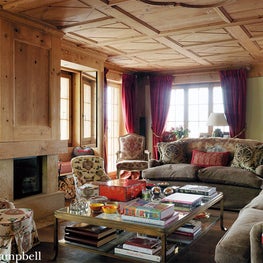 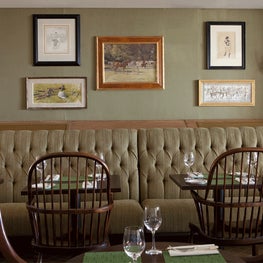 Dining room in country house hotel in The Cotswolds 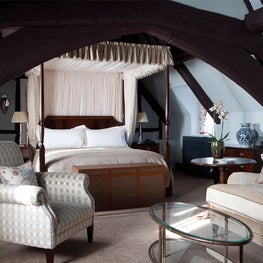 Bedroom in a country house hotel in The Cotswolds 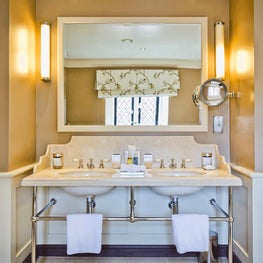 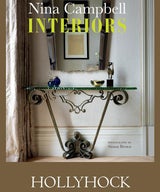 Nina Campbell is one of the world’s most respected and influential interior designers. Her list of clients and design expertise is unparalleled. Renowned for her contagious wit and brilliant sense ...

Nina Campbell is one of the world’s most respected and influential interior designers. Her list of clients and design expertise is unparalleled. Renowned for her contagious wit and brilliant sense of personal style, her designs appeal to both young and old and sit well in both contemporary and traditional interiors.

Design was always in Nina’s blood and from the age of twelve, she and her mother would spend hours rearranging furniture at home – “needless to say, halfway through, we’d get exhausted and go to bed, leaving sofas and chairs halfway up the staircase”.

This enthusiasm and interest in design and interiors was further developed when, at the age of nineteen, she went to work as an assistant to John Fowler at the prestigious Sybil Colefax & John Fowler. Shortly afterwards she set up her own decorating business, where one of her first commissions was to decorate Cullen House in Banffshire, Scotland.

With an unmistakably elegant and rich colour palette, Nina’s work caught the eye of club owner Mark Birley, who asked her to redecorate Annabel’s private members’ club. The relationship was so successful they combined forces once again in 1970, when they opened a shop in Pimlico, specialising in ‘unashamed luxury’. It was here that Nina launched her signature ‘hearts’ design on fabric and china, which has been reworked for 2009 on a range of fine bone china, to celebrate the quality and heritage of the Nina Campbell brand.

Further developing her business, Nina opened a showroom and design studio on Walton Street in London’s Knightsbridge, in 1984, where she continued her fabric printing and branched out into other decorative areas. In 1990, Nina launched the first of what was to become biannual fabric, wallpaper and trimming collections internationally distributed by Osborne & Little.

On the interior design side of the business whether re-decorating a favourite room in your house or starting a project from scratch, this is where you have Nina’s un-divided attention. Nina and her interior design team are there every step of the way from start to finish.

This side of the business continues to flourish with notable projects including The Savoy Lobby (with David Linley), The Hotel Parc Victor Hugo in Paris, The Groucho Club in London and The Campbell Apartment Bar at Grand Central Station, New York, The New Sheridan Hotel, Telluride Colorado, Ellenborough Park Hotel, Cheltenham, England. Most recent projects include Outlaw’s restaurant at The Capitol Hotel, London and parts of The Draycott Hotel in London and The Brook Club in New York. Nina has also just completed he show house for a prestigious development in Chelsea, London named Chelsea Galleries.

Amongst these project Nina continues to work on other global private residential projects in England, China, Jordan, America, Germany and Switzerland.

Nina's design philosophy is apparent in all her works even if the projects are all very different. She is meticulous about detail and how the property is to be lived in moving forward is the most important aspect at the outset. She focuses largely on both comfort and practicality and brings a sense of her effortless style and wit to each job whilst maintaining the personal elements of the client. Her style is contemporary with a classic twist.

The Nina Campbell line continues to expand with a line of bespoke furniture, which launched in 2000, a collaboration with Smallbone on a kitchen featuring her Gilty wallpaper designs, a fashion range with Ted Baker, a rug collection in association with Stark Carpets and home ranges include table linen, china and glassware, home fragrance, cashmere throws, travel accessories, stationery and gift-wrap.

January 2012 saw her first appearance for the BBC’s makeover programme DIY SOS with a second programme scheduled to be aired in 2014.

Nina was awarded an Honorary Doctorate from the University of Middlesex in 2001, on top of the many other awards she has received, including the Royal Oak Timeless Design Award (2003) the American Fashion Award for ‘the woman who has most influenced style internationally’ and Residential Designer of the Year 2010 from IDFX Magazine. Nina is also on the Development Committee for Kids Company. On top of all this, she is a devoted mother of three and a grandmother of three.