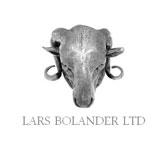 Click follow me to be notified about new products from this shop. You are now following Lars Bolander 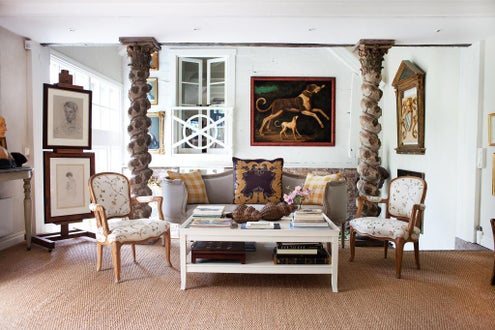 Lars Bolander has been referred to as one of Sweden’s foremost interior designers and a pioneer of Swedish design, yet by virtue of his diverse history and education, pinpointing his exact style remains a challenge. He has been featured in House Beautiful, Vogue, Home & Design, World of Interiors, Southern Accents, The Robb Report, American House & Garden, English House & Garden, Chinese Residence, Elle Decor etc . Architectural Digest and The Wall Street Journal showcased his home in Palm Beach.

Bolander’s love and passion for furniture was solidified during his early education at the Stockholm School of Art. Continuing his education under the acclaimed originator of Scandinavian Design, Carl Malmsten, Lars began to discover, not unlike Malmsten himself, a passion for originality. His Anglo-Scandinavian background has resulted in designs with uncluttered Nordic feeling.

Sometime after completing his studies and a few years of freelancing, Lars started working in London for interior designer Gaby Schreiber, known at the time as "The Plastic Queen of England" for her creation of the first line of onboard aircraft plastic flatware designed for British Overseas Airways Corporation, BOAC, the Cunard Liners (passenger liner QE2).

Shortly after leaving the employ of Ms. Schreiber, Lars was referred to the German industrialist Mr. Gunter Sachs for whom he worked exclusively for many years designing properties that span the globe.

In 1987, Lars began a venture in the retail antiques business in East Hampton, New York with his wife Nadine Kalachnikoff. Today, you can find his showrooms in New York City at the Fine Arts Building on East 59th Street as well as in West Palm Beach on Antique Row. His unique style, together with the worldwide travel has resulted in the most beautiful antiques and accessories. He is both theatrical and loves simplicity. His showroom in South Florida is also his office from where he operates his design business.

To this day Bolander's clientele remains nothing if not international and affluent. From a Swedish cottage gracing the peak of an Aspen mountain to an entire Grecian compound, where Lars implemented his interior design and architectural ideas, Lars Bolander’s style can be safely categorized as unique. His present projects include a small boutique hotel and Japanese restaurant in Palm Beach alongside with his clients’ private houses.

Over the years the famed Swedish decorator has developed a form all of his own: a daring mixture of ideas and geographic blends that exude both sophistication and a pleasing restfulness to the eye.

THE COLOR OF 2013: PANTONE EMERALD