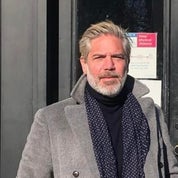 Click follow me to be notified about new products from this shop. You are now following James Duncan 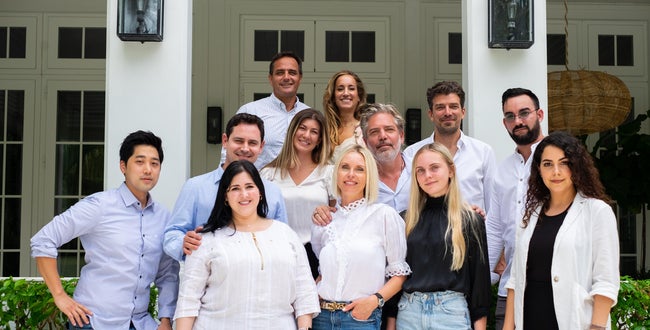 James Duncan cofounded his eponymous design company with his wife and partner Miriam eighteen years ago. It is a full-service design firm as well as a “to the trade” bespoke furniture company selling in New York, LA, Miami, and Toronto. James Duncan Inc. has completed residential projects in Florida and New York, the United Kingdom, and France.

James Duncan Inc has been named to the prestigious Luxe Gold list in 2020, 2021, and 2022 which recognizes the top 20 most influential design and architecture companies in Florida.

In 2019 two of James Duncan Inc’s projects were awarded the cover of Luxe magazine.

In 2019 James Duncan was sponsored by Goldman Saks for their 10SKB program.

James Duncan has been quoted in the Wallstreet journal home section on numerous occasions.

James Duncan cofounded Fillabag LLC, a movement dedicated to removing trash from our beaches. With the support of the Miami Foundation, Fillabag has installed dozens of posts at beach entrances along the Florida coast with buckets that the general public fills with trash on beach walks. Fill a bag has found great success with locals, schools, and sports teams, encouraging awareness of our environment and our precious resources.

In 2016 James Duncan created “Decommissioned I” is the first in a series of anti-gun culture protest projects. The goal of decommissioning guns and transforming them into powerful, startling blue sculptures is to get guns off the street. Proceeds from the project will go to the support of gun buyback programs.