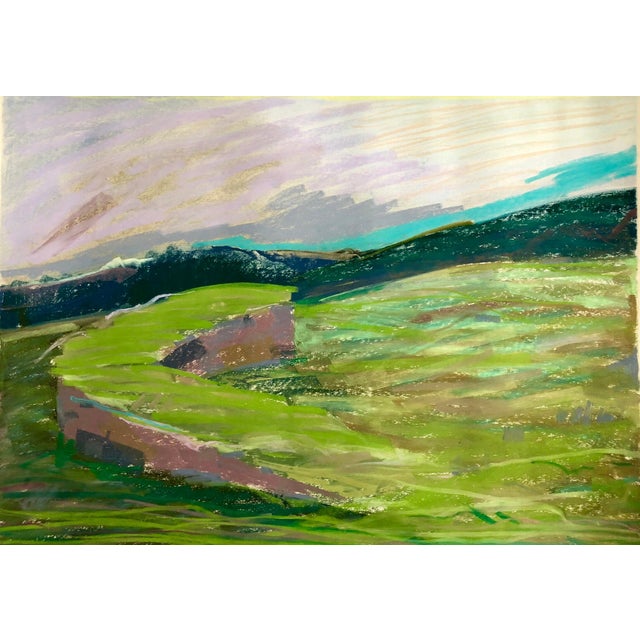 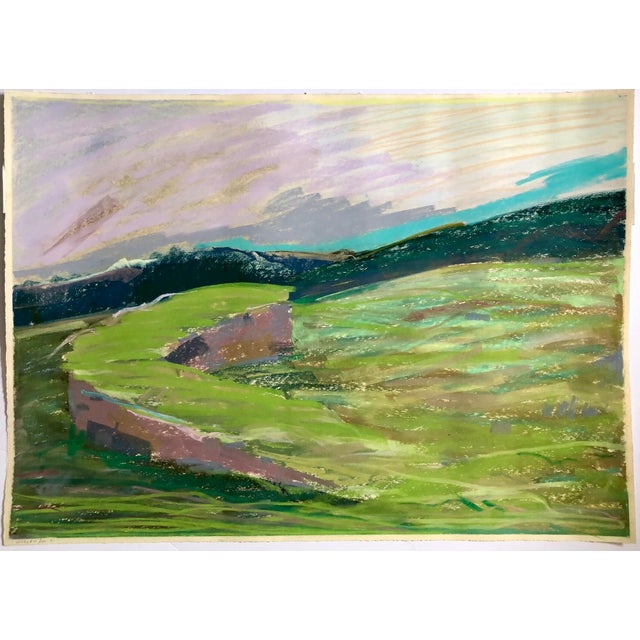 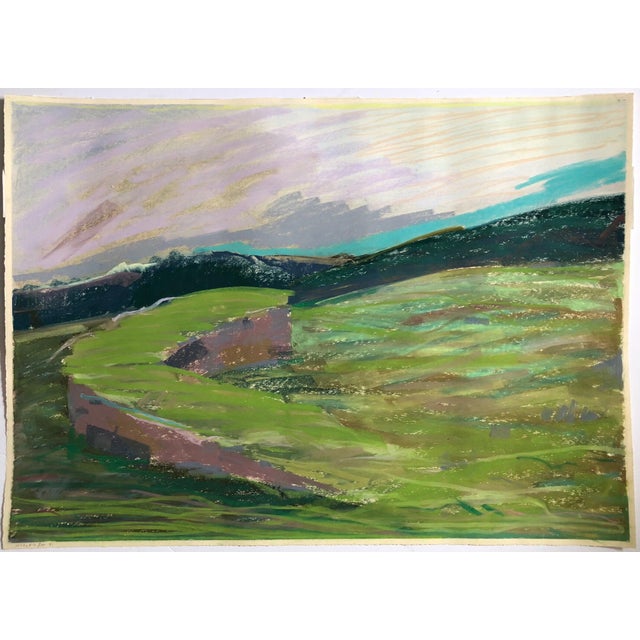 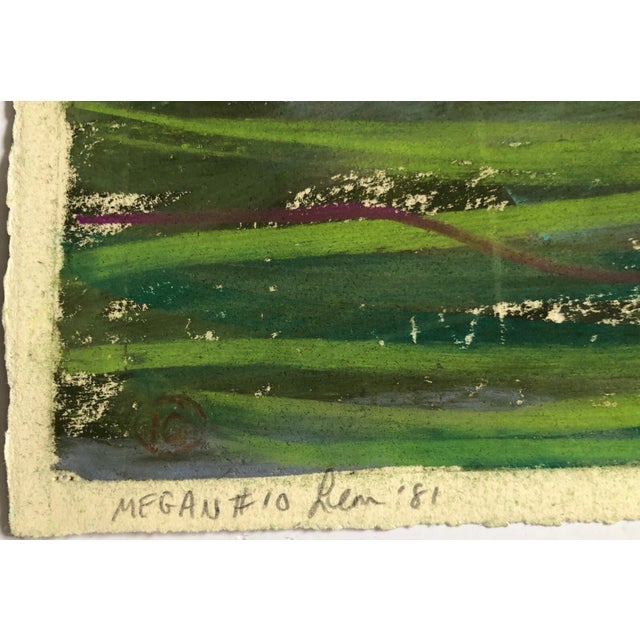 It has a variegated texture to it. It is signed and titled. Large format drawing or painting in pastel or … moreIt has a variegated texture to it. It is signed and titled. Large format drawing or painting in pastel or crayon. pastoral landscape with boulders and rocks in pasture.
Dennis Leon, was a San Francisco Bay Area sculptor and art instructor
Mr. Leon was chairman of the sculpture department at the California College of Arts and Crafts in Oakland from 1972 to 1988. He remained a faculty member until his retirement as professor emeritus in 1993. A vibrant work in pastel with the energy and texture seen in the work of Wolf Kahn. He was born in London, England and emigrated in 1951 to the United States, where he studied at Temple University in Philadelphia. He graduated with art degrees, including a master's degree in fine art.
He served in the U.S. Army and the Army Reserve from 1957 to 1963.
In 1959, Mr. Leon joined the faculty of the Philadelphia Museum College of Art. He also worked as an art critic for the Philadelphia Inquirer until 1962. After coming to the Bay Area, he held his first local one-man show of sculpture in 1973, at the James Willis Gallery in San Francisco. His body of work includes site-specific installations, collage, drawings, pastels, and sculpture in wood and bronze. In each case, the landscape, natural forms and textures, and the artist's relationship to them were of central focus. Over the course of his career the artist has had more than eighty exhibitions, and his works were exhibited widely at such institutions as the San Francisco Museum of Modern Art, the Oakland Museum, the Corcoran Gallery in Washington, D.C., Philadelphia Museum of Art and the Djerassi Foundation.
He received many awards, including fellowships from the John Simon Guggenheim Foundation, the National Endowment for the Arts and the MacDowell Colony.