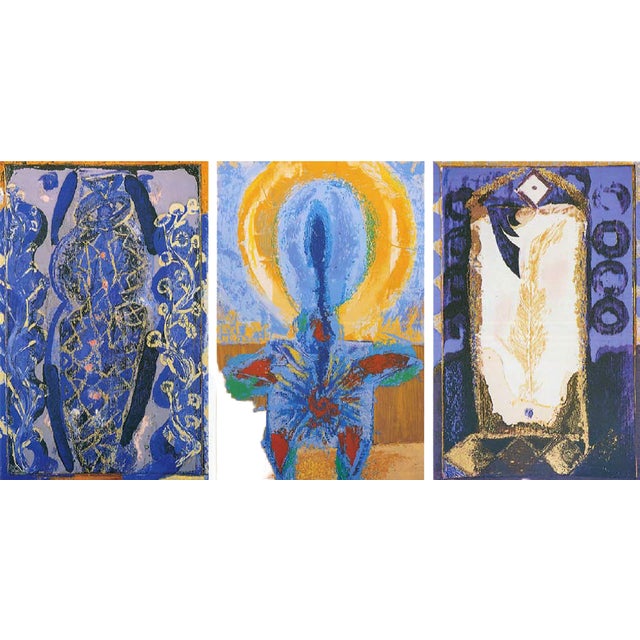 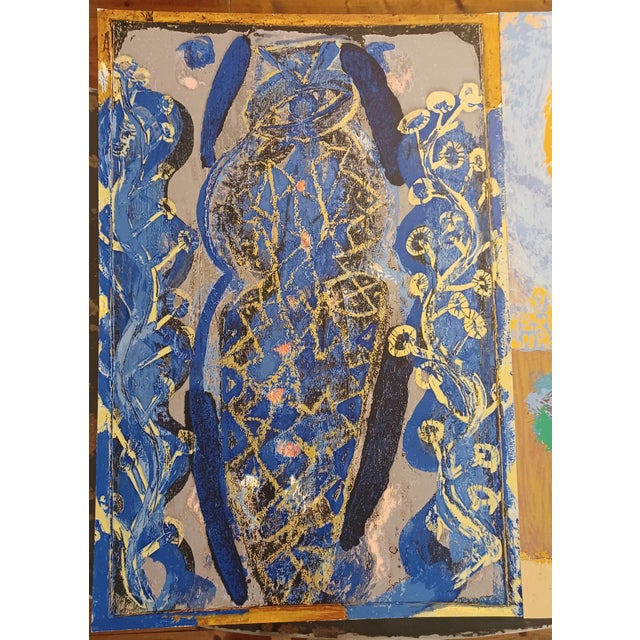 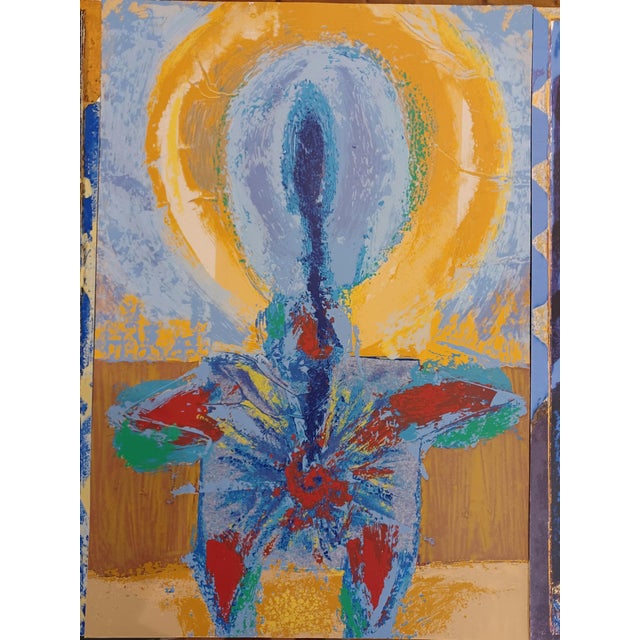 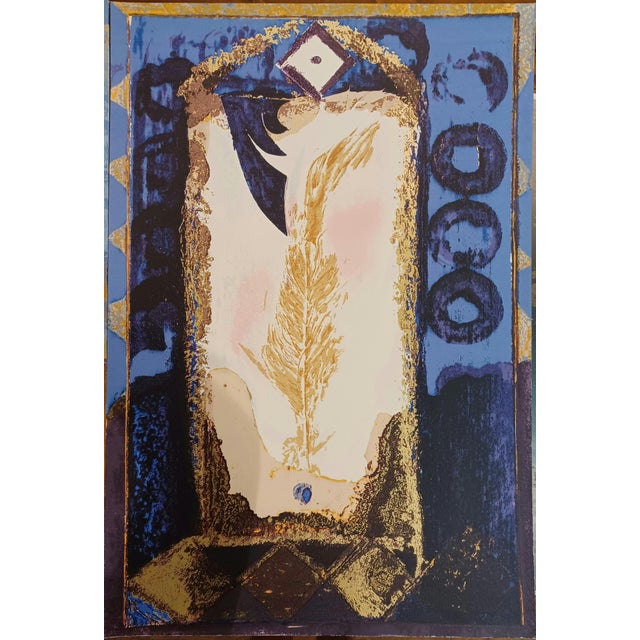 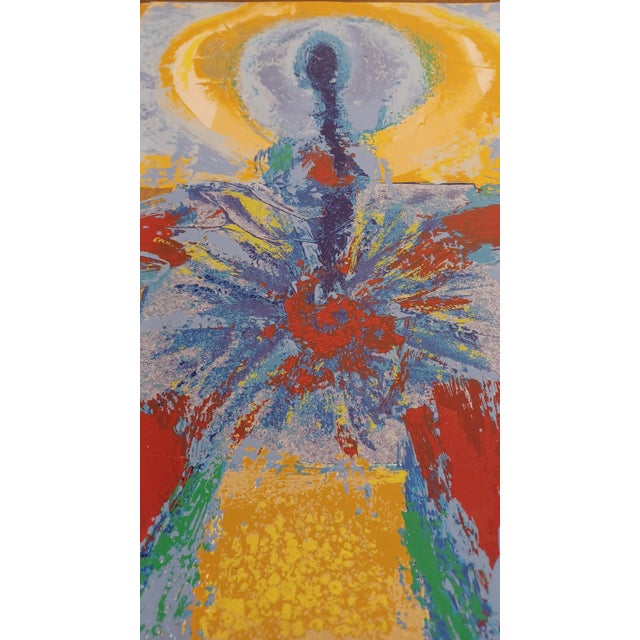 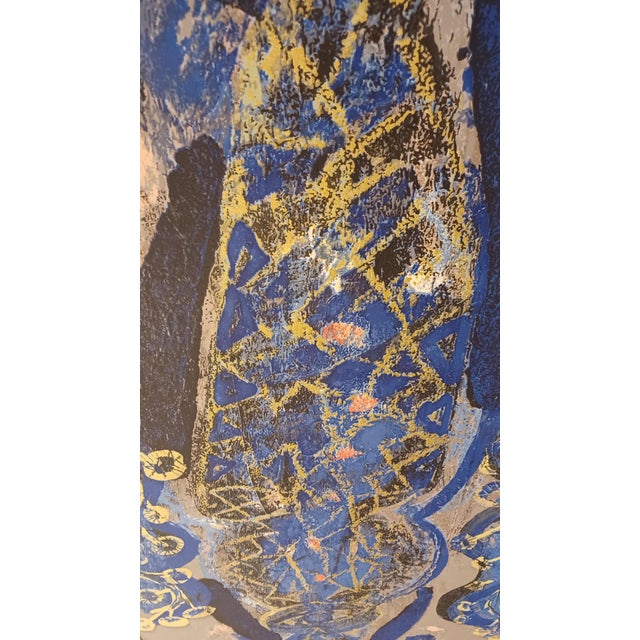 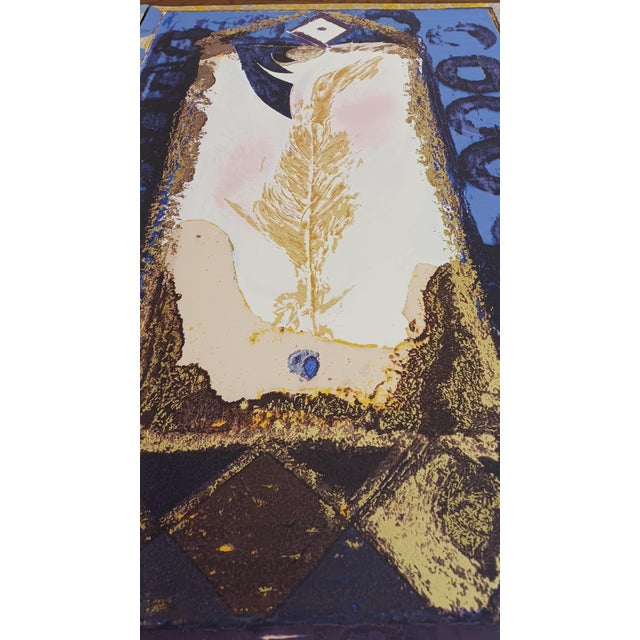 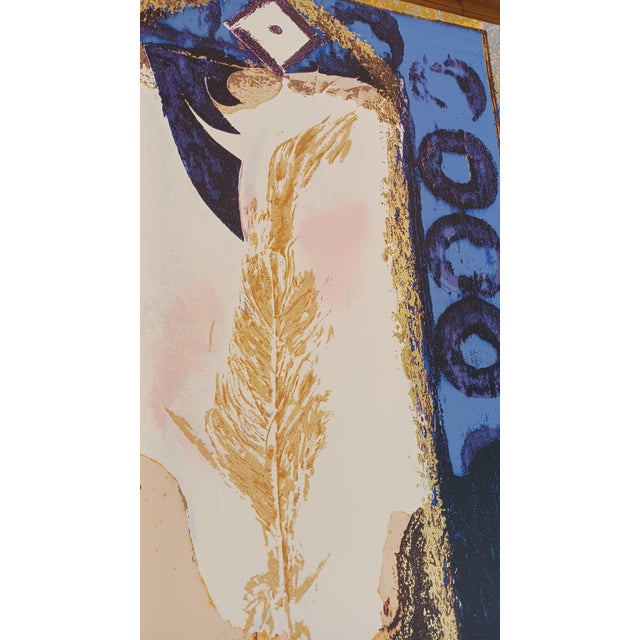 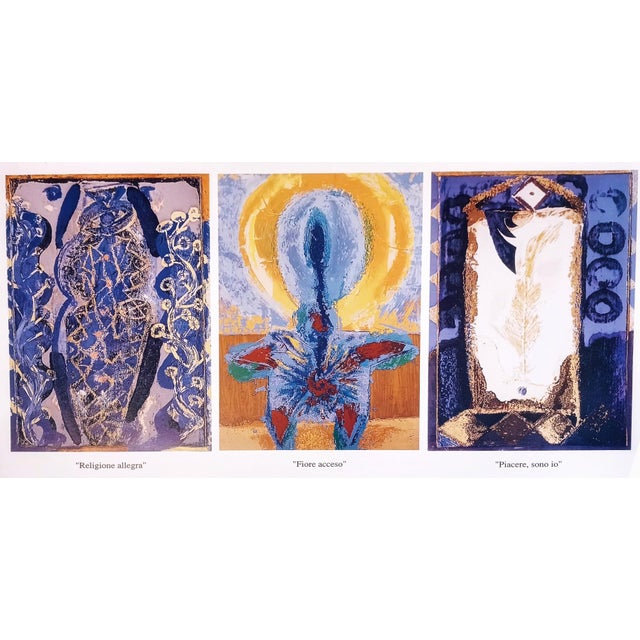 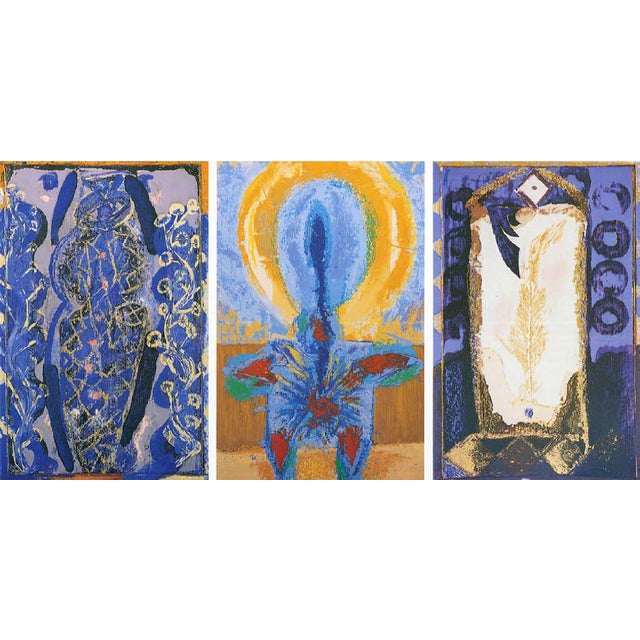 signed and numbered by hand by the artist

signed and numbered by hand by the artist

complete with certificate of authenticity and origin (signature and dry stamp of the publisher with photographic reference and numbering).

the images of numbered/framed specimens are exclusively illustrative.


biography
bruno ceccobelli was born in montecastello di vibio (todi), in 1952. In his training course he owed a lot to the artist toti scialoja, with whom he graduated from the academy of fine arts in rome. He loves and studies artists such as malevich, kandinsky, klee, de chirico, brancusi, beuys, miró, dalí, tàpies, magritte. It completes its eclectic youth formation with the study of the cabal, alchemy and eastern philosophies. From the second half of the seventies he was part of the artists who settle in the ex-pastificio cerere, in rome, in the san lorenzo district, a group of creatives then known as "new roman school" or "school of san lorenzo" or "workshop saint lawrence". His research is initially conceptual, and then reaches a pictorial abstraction that arrives at a real spiritual symbolism. Among the first significant exhibitions are reported: collective at the palazzo comunale di albach, austria (1975); staff at the alternative spazio galleria in rome (1977); two collectives at the room, an independent space self -managed by artists (1977); festival of italian culture of belgrade and various collectives in france, germany and croatia (1979); biennial de jeunes of paris (1980); ugo ferranti of rome (1981); yvon lambert in paris (1981); salvatore ala in new york (1983). In 1984 the critic achille bonito oliva takes care of the ateliers exhibition, in which the artists of the ex-pastificio cerere open their studies to the public. In the same year and, two years later, in 1986 ceccobelli was invited to the biennale divhenezia, respectively in the "open '84" and "art and alchemy" section. Jack shainman gallery, then in rome and madrid (1988), and finally at caffè florian of venice (1989). After a series of important international exhibitions, in 1994 he was invited to keep a training course in senegal, at the national ecole des beux-artes. In 1996 he participated in the rome quadrennial and in 1999 arturo schwarz presented the exhibition that passed by asphalt in livorno. In the same year he exhibited in spain and made the bronze portals of the cathedral of terni on the occasion of the jubilee.ceccobelli celebrates its twenty years of activity in the netherlands, in 2002, with an exhibition in the b.m.b. Gallery. In 2003 he published the volume "beauty color" and held the important "classic eclectic" personal exhibition, at the archaeological museum of villa adriana in tivoli.in 2004 he created the mosaic "eternity is the real medicine" and the real medicine "and the real medicine the following year, at the guastalla gallery in livorno, he presents the exhibition "great works 1989-2005". In the same year he published the volume "timeless time of painting". In 2005 he is appointed director of the academy of belle art "pietro vannucci" of perugia, a position he holds for a year. In 2006 he exhibited marble sculptures in verona and pietrasanta, and participated in the important collective exhibition "san lorenzo" at villa medici in rome. The most important event of 2009 is the retrospective dedicated to the san lorenzo workshop from the mart of rovereto, in which the experience of one of the most fruitful artistic associations of the twentieth century has finally been historicized. In 2010 he participated in the retrospective "san lorenzo: limen, the threshold of art", set up in rome by a. Bonito oliva, and the 16th anniversary of contemporary sacred art. The most relevant event, however, is the exhibition "in carta dreami. Works on paper 1980-2010", which for the first time collects and historicize the main graphic works of ceccobelli. Furthermore, to remember is the great retrospective "early works", in padua, which traces the extraordinary decade between 1982 and 1992. Of small size, but full of meaning, it is then the exhibition "gratiaplena. Economy of grace" , in pietrasanta, in which ceccobelli translates the ideas contained in the volume "gratiaplena. Economy of grace" on ancient and precious notarial cards, published in the same year by the publisher fabrizio fabbri of perugia. "schöne träume" in rovereto, in which the artist tries to capture the beauty of the dreams imprinted on pillowcases. To be remembered are also "tea \. Great", at the marconi foundation in milan and the participation in the italian pavilion, regionlazio, in the venice biennale. Staff in rome at the studio casagrande gallery, "resolve et scanagula", a site specific installation dedicated to the tarot. 2012 opens with the personal "heroes of eros", in catania, edited by d. Crippa, which collects 101 drawings. Also noteworthy is "anthological in small formats 1984/2012" at the palazzo buonaccorsi in macerata. Among the collective exhibitions there is the one at the placido galerie in paris, which features ceccobelli alongside his colleagues dessì, nunzio, gallo, pizzi cinella. Suggestive is the collective exhibition at the park museum of portofino "cofani d’autore" for porsche italia. In padua, a large personal installation at the oratory of san.rocco, site specific entitled "with golden steps". 2013 collective exhibition in turin "painters of today italy - frantia".