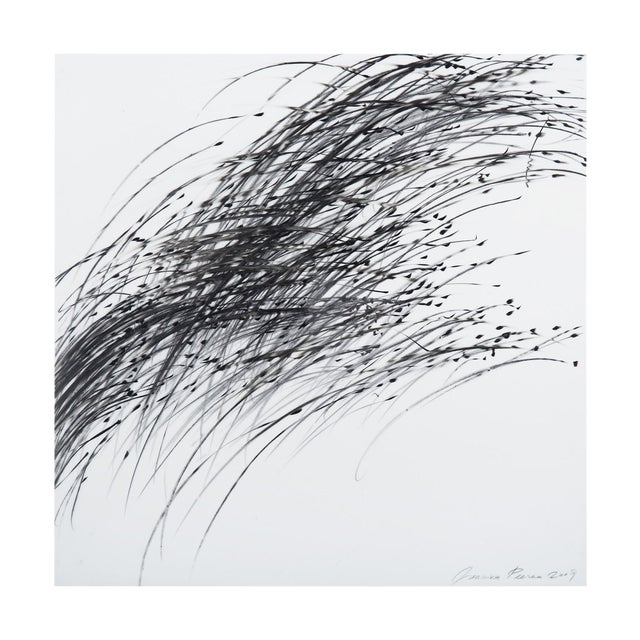 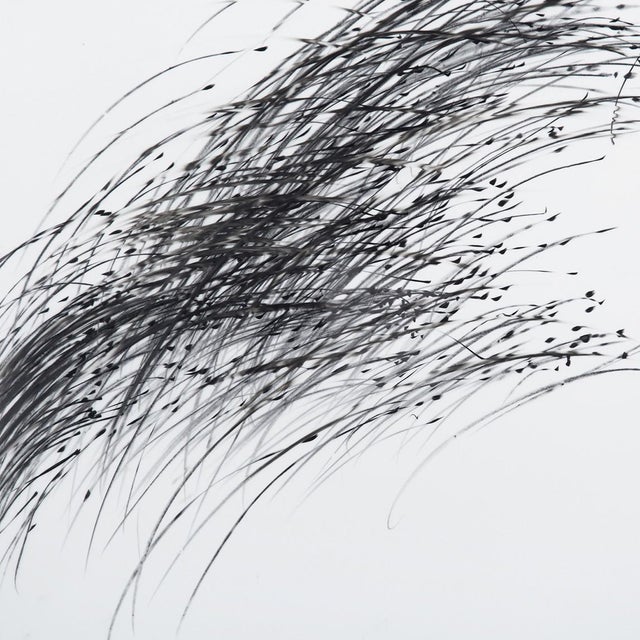 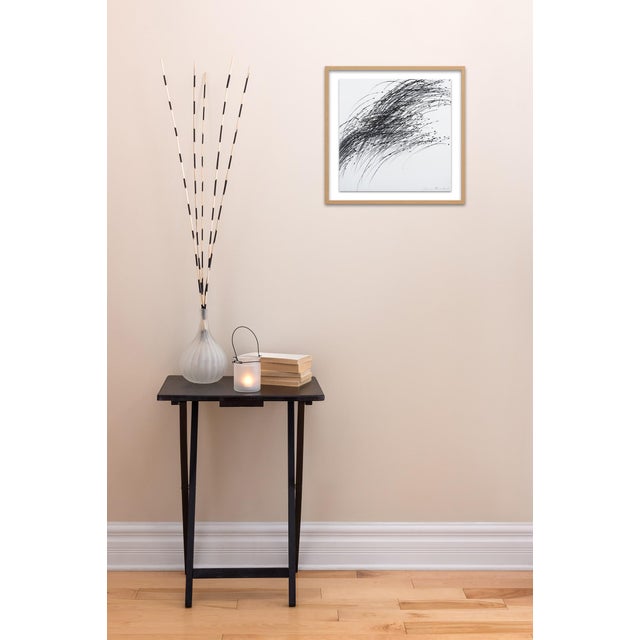 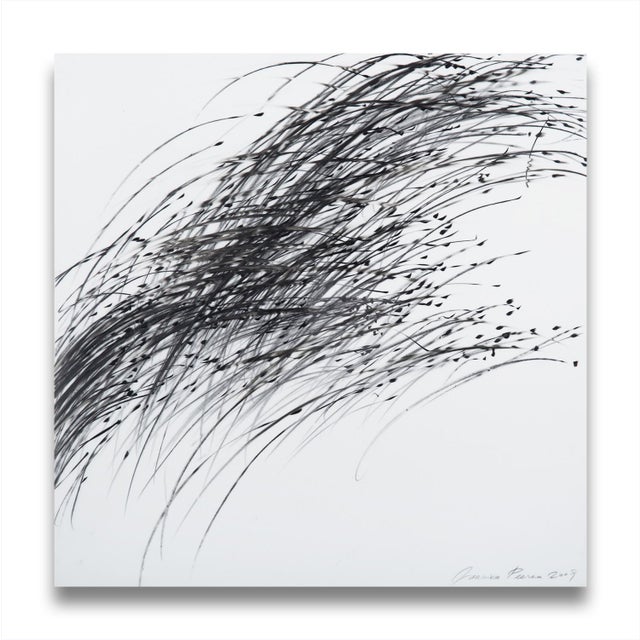 So many different storms, so hard to capture.Beginning in the wake of hurricanes … morePigment pencil on Mylar

So many different storms, so hard to capture.Beginning in the wake of hurricanes Irene and Sandy, this artwork was made by tightly clasping a single pigment pencil, drawing forcefully as a single moving multi-lined force.The aim was to capture the precise feeling of wind.

Jaanika Peerna is an Estonian-born artist whose work encompasses drawing, video, installations and performances. She creates abstract drawings on thin plastic paper through intuitive physical movements inspired by, and reminiscent of dance.She lives and works in New York, Berlin and Tallinn. Peerna earned her MFA from the State University of New York (SUNY) in New Paltz in 2005. She completed a fellowship from the University of Art and Design in Helsinki, Finland, in 1998, and earned her MA from Tallinn University in Estonia in 1995. In Peernas studio work, she uses the physical movements of her body to simulate natural forces such as falling water, wind, gravity and momentum. She attaches a sheet of Mylar to a board then grasps a bunch of pencils in each hand. Touching the tips of the pencils to the Mylar she then executes a single, fluid, whole-body gesture, moving the pencils across the surface in emulation of the motion of natural phenomena such as a waterfall or storm surge. In this movement, Peernas body becomes like water released. The pencils are an extension of Peernas physicality and the image left behind on the surface is an instantaneous record of this singular natural event.Outside the studio Peerna sometimes collaborates with musicians, dancers and other artists, executing her drawings on Mylar spread out onto the floor or hung from the ceiling. She connects her pencils to the Mylars surface then moves across the surface creating marks that record the intuitive motions she makes while interacting with her partner. Peerna is inspired by transitory natural phenomena such as light, water and air. While in the process of creating a drawing, she connects to the sound of the tip of the pencil running across the surface. The image thus becomes a physical record of the transitory nature of the experience in which she is collaborating. The work is an aesthetic monument, a visual memory of the moment.Though active, involved, and sometimes noisy, PeernaâÃ Ã¶âÃâââÃ Ã¶âÃ«âÃ Ã¶Â¬â¢s practice is deeply rooted in an investigation of silence. It is an attempt to record the simplicity and beauty underlying a complex set of environmental and experiential stimuli.Her drawings are a relic of the culmination of a meeting of three-dimensional and two-dimensional space. The work carries with it an inherent contemplative depth caused by the use of a static, flat surface, as a method of recording emotional, psychological and physical transitions involving space, time and human activity. &quot;I make drawings, and installations. My elements are line and light; my materials are pencils, vellum and the movement of my body. I am a vessel gathering subtle and rapturous processes in nature, using the experiences and impulses to make my work. I record mist turning into water. I let wind move my body so that it leaves traces on paper. I swim through thousands of layers of gray air and mark each one down. Most of my work is born in the solitude of my studio. Sometimes public performances with musicians and dancers draw me out from the safe silence of my space and expand my drawing practice. I am interested in the never-ending process of becoming with no story, no beginning, no end just the current moment in flux.&quot; Peernas work is included in a number of private collections throughout the United States and Europe and is also included in the collection of the Fonds National dArt Contemporain (National Foundation for Contemporary Art) in Paris. Peernas work has been exhibited extensively in solo shows in New York City and Tallinn, Estonia (her home town), as well as in Berlin, Paris, Helsinki, Lisbon, Dubai, Honolulu, Rome and multiple other cities. Peerna was awarded the FID Grand Prize at the 2016 Foire Internationale du Dessin (International Drawing Fair) in Paris, France. Masters Projects, New YorkARC Fine Art, ConnecticutGalerie Urf Larsson, CologneJHB Gallery, New York City less