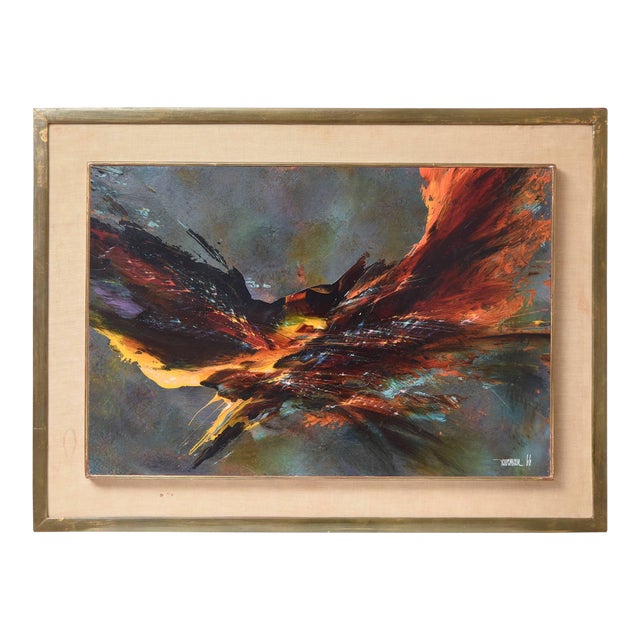 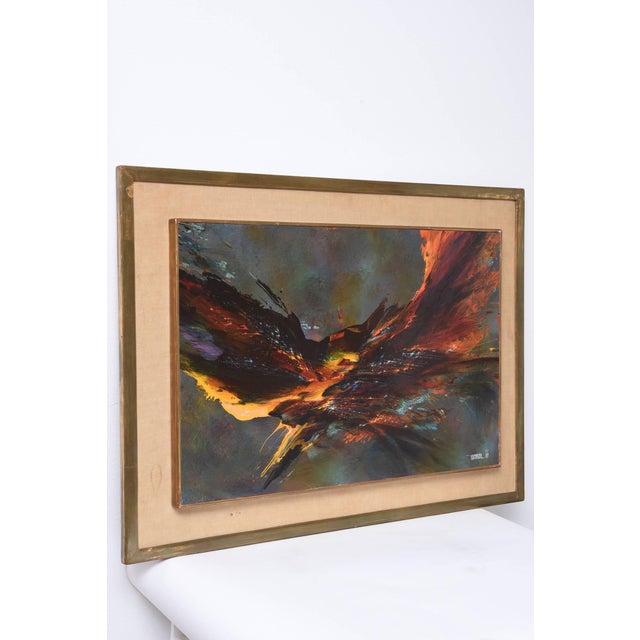 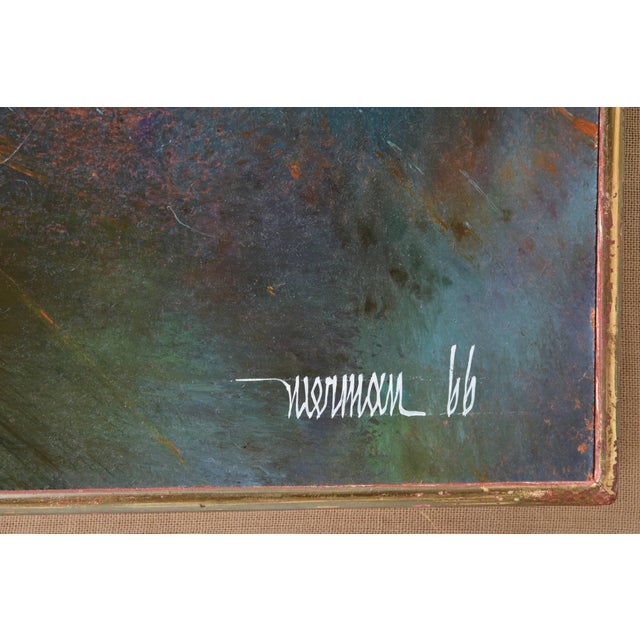 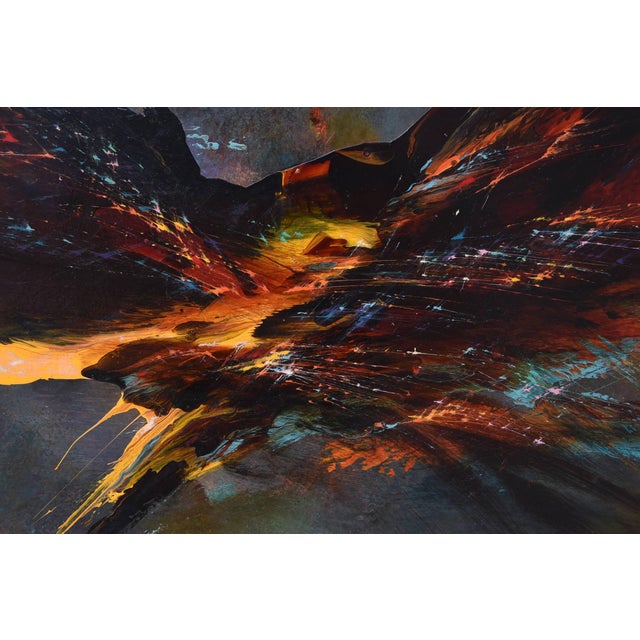 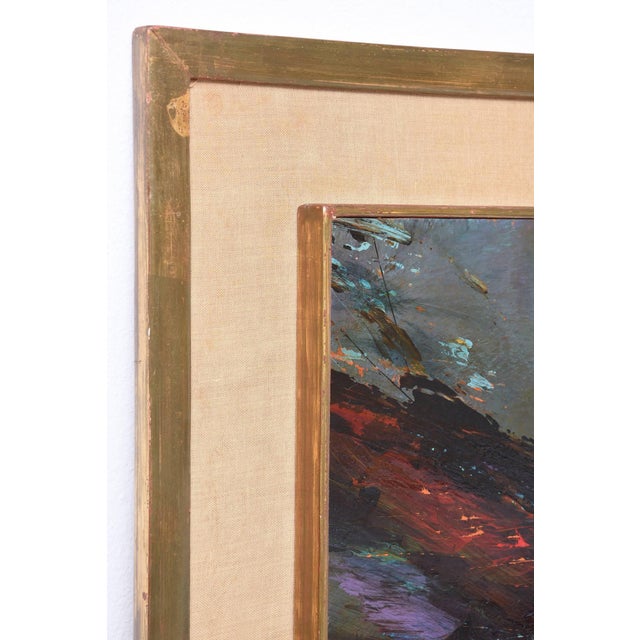 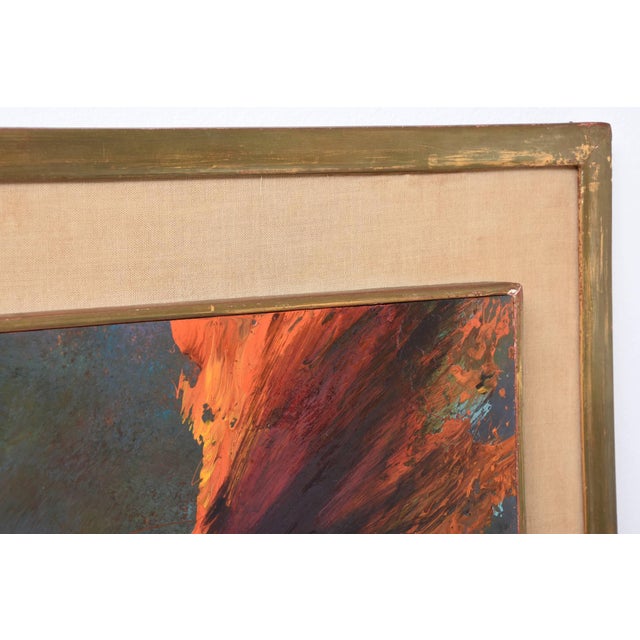 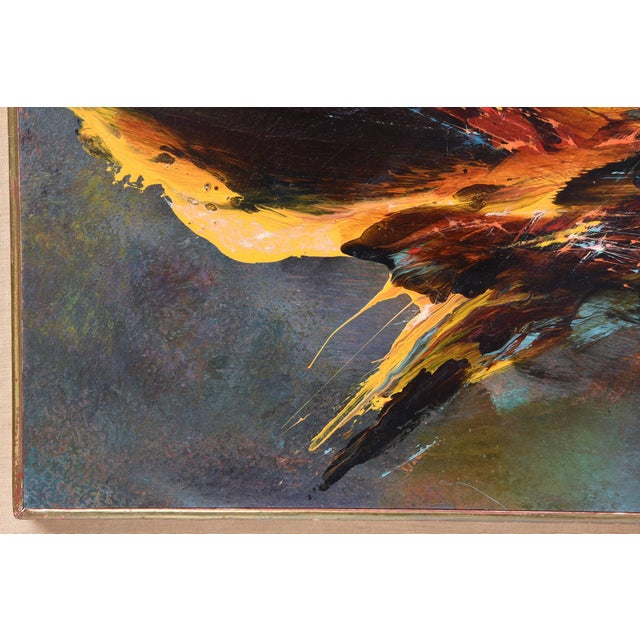 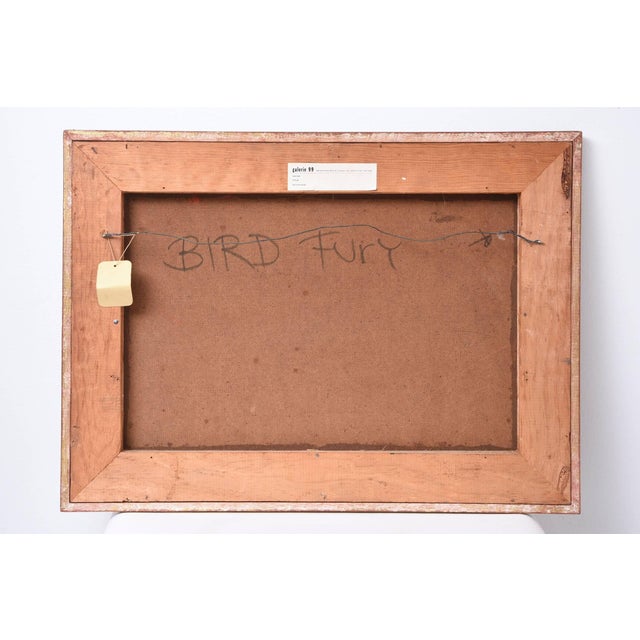 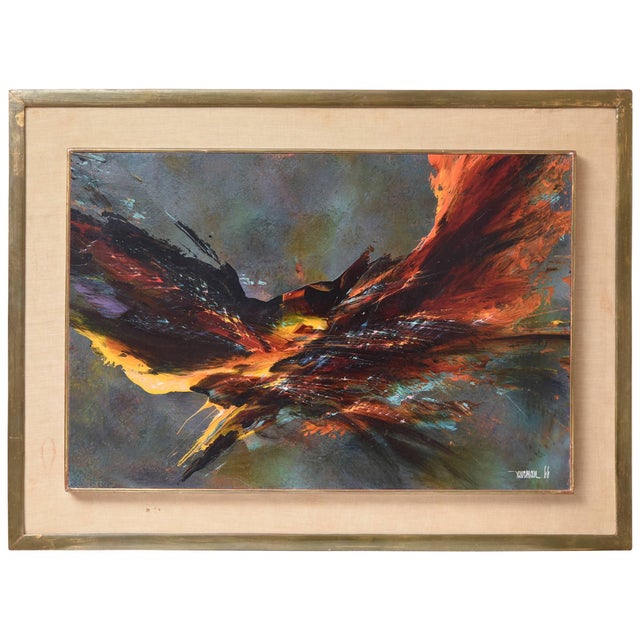 According to Art Brokerage:
Leonardo Nierman Mexican Artist: b. 1932. Leonardo Nierman's paintings vibrantly come to life as they capture the intensity and spontaneity of the dynamic forces that rule both nature and the cosmos. With swirling whirlpools of color, darting flame-like wisps, and brilliant hues as dazzling as a sun, they are dramatic in their representation of that which is unchallenged, though perhaps not quite understood. Leonardo Nierman's full career includes numerous distinctions, awards, and exhibitions. He has painted murals for the School of Commerce of the University City in Mexico, 1956; the "Golden West Savings" in San Francisco, 1965; and the Princeton University Physics Building,1969. Leonardo Nierman's more recent One-Man shows include those at the Museum of Modern Art in Mexico City in 1972; and in 1973, the Museum of Contemporary Art in Bogota, Columbia, the Los Angeles Municipal Gallery, the the Museum of Contemporary Arts in Madrid, and the Tucson Art Center.

Measurements in measurement area are without frame and matting with the exterior area it is 21.75" tall X 29.5 wide by 1.5" deep.