Armed with elongated posts that are connected by an overhead framework and swathed in ceiling-to-floor-sweeping drapery, canopy beds aren’t understated by a long shot—just ask the late great Mario Buatta. The debonair designer elected to use canopy beds in bedrooms belonging to everyone from Mariah Carey to Pat Altschul. Thankfully, these shrouded sleeping quarters are shedding their extravagant airs courtesy of a new generation of designers who are ditching the drapes to let canopy beds’ architectural prowess shine through. Curious about how exactly the canopy bed went from frilled-out hideout to minimalist-chic sleeper? Plus, want to know how to style a canopy bed in a modern way? Read on to go behind the curtains of this beloved bed! 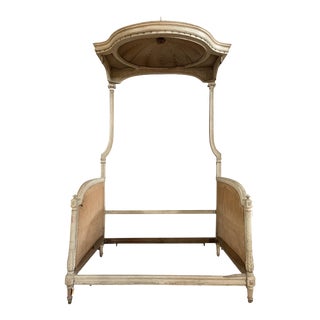 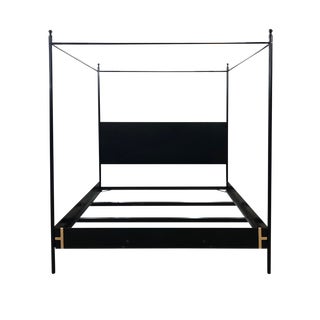 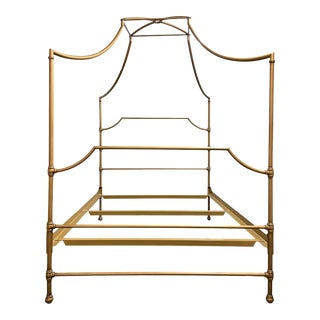 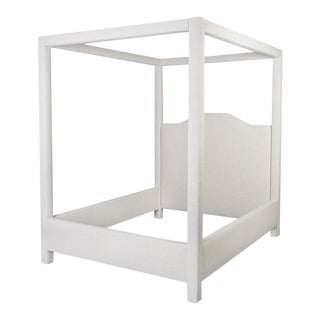 
The History of the Canopy Bed

There’s no shortage of lore surrounding the canopy bed. Originating in the Middle East, the concept was dispersed throughout Europe by the Crusaders. The notion of a curtain-bedecked bed resonated with Europeans, who widely believed that drafts were the root of disease. Encased in yards of fabric, errant breezes were relative non-issues—as were rats dropping from the ceiling, as some of the more sensationalist folklore goes.

During waking hours, canopy beds served another purpose: hosting guests. In the Middle Ages, even the most moneyed manors were sparsely decorated with furniture. The lack of furniture meant that beds routinely served as meet-up spots for chaste rendezvous. When hosting, the canopy bed’s drapes could be pulled back with ties, forming voluminous portieres. These Rapanzuel-like appendages were then leveraged by guests who used them to pull themselves up to join their host in bed.

The canopy bed’s versatility may explain why some well-to-dos collected them voraciously. Queen Elizabeth I is rumored to have had a lavish canopy bed tented with taffeta-lined velvet and fringed in Venitian gold, silver, and silk. Similarly, legend has it that King Louis XIV had 413 canopy beds. And by association, yes, Marie Antoinette surely laid claim to one or two—or a dozen. Louis, in fact, was said to be extremely generous with his beds. He bestowed no less than seven to a right-hand surgeon and reportedly gifted an epic specimen to a Swedish ambassador at one point. 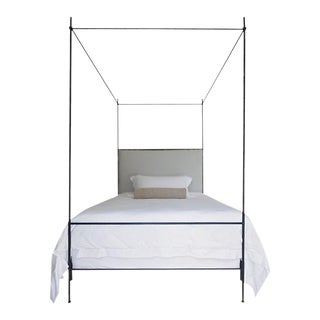 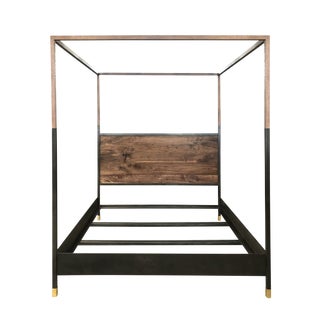 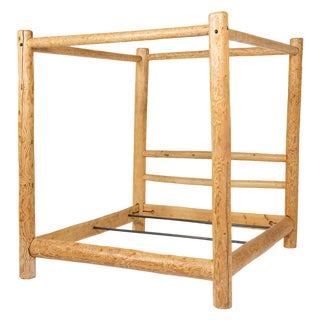 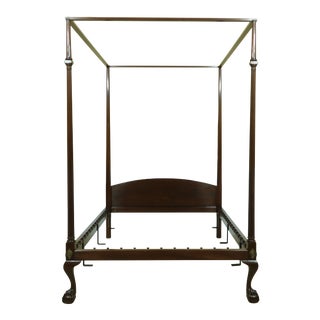 
3 Strategies for Modernizing the Canopy Bed

There’s no denying the allure of a lushly layered canopy bed, but more and more designers are proving that a disrobed canopy bed can be just as enchanting. Devoid of drapes, a canopy bed’s frame takes the spotlight. To ensure it resonates, most designers are forgoing the heavy wood canopy beds of yesteryear and embracing simple, prismatic shapes. Iron is a favored material. Wood is too—though polished Parsons silhouettes are replacing bulky baluster posts. Those who still crave the drama of drapes should consider a frame with more architectural pomp. Canopy beds with arched tops have been trending as of late. Also popular are romantic, tiered-top models dubbed “campaign canopy beds.”

Unless your ceilings are of the aerie variety, you don’t necessarily want a ruffled canopy competing with a showy chandelier or statement ceiling treatment. (Upon surveying Mario Buatta’s impressive portfolio of canopy beds, you’re liable to notice that his ceilings skew more modest than maximalist.) Open-work canopies are a different matter, however. Because curtain-less beds aren’t as visually top-heavy, integrating statement lighting or ceiling treatments becomes a viable option. For lighting, consider something with legitimate star-power. Above, designer Daun Curry uses a pedigreed Murano petal chandelier. Depending on where you’re standing, your fixture may be visually intersected by a canopy truss. The more presence your fixture has the less you’re likely to notice—or care.

Traditionally, the panel behind a canopy bed’s headboard receives more drapery. In lieu of textiles, consider mounting a piece of artwork, similar to how you would with an awning-less bed. Of course, the beauty of a canopy bed is that you can opt for smaller-scale art. Remember: your art will be inset inside your bed’s support posts, which will essentially act as a frame. Portraits and landscapes that normally require a short wall are ideal. That said, there’s no reason why you can’t spring for an oversized piece. Designer Jessica Ayromloo of Ayromloo Design opts for a photograph that dips below the bed’s headboard in the bedroom above. Visually, the technique lends a marvelously modern touch. The bed’s frame mimics the boxiness of the photo, making the effect appear intentional rather than misjudged. 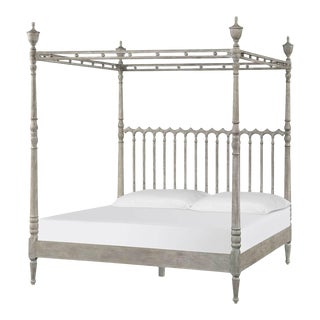 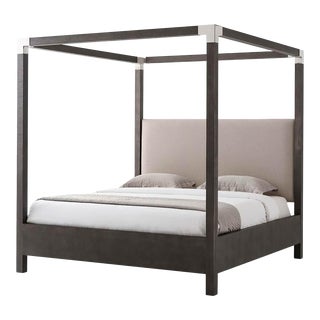 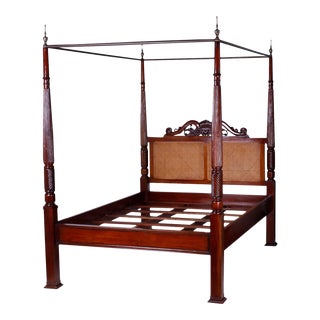 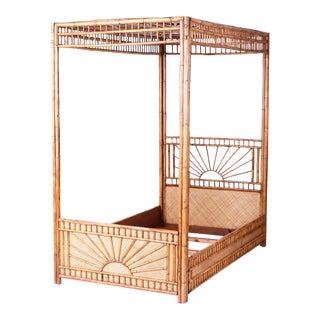 One place a curtained canopy bed still feels perfectly apt? In childrens’ rooms, where they invite a feeling of escapist splendor. “Canopy beds add a touch of whimsy to a child’s room while allowing them the option of privacy within their own space,” says designer Sarah Barnard. “Providing choices can empower a child, contributing to their wellbeing and comfort.” While designers may be valiantly trying to oust adults out of their shrouded comfort cocoons, there’s no denying the virtues of a hideout for kids. Extra points for one that requires none of the grin-and-bear-it parenting mentality of an unsightly DIY blanket fort. 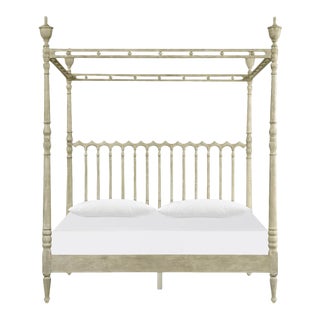 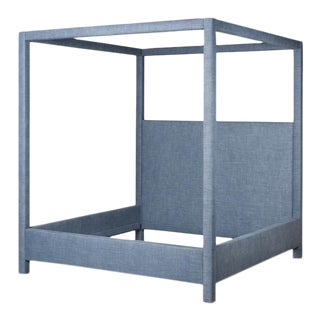 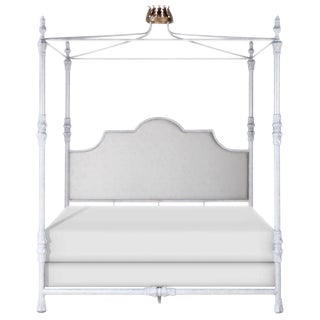 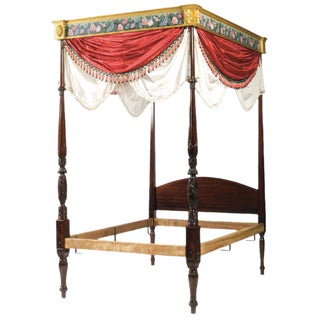 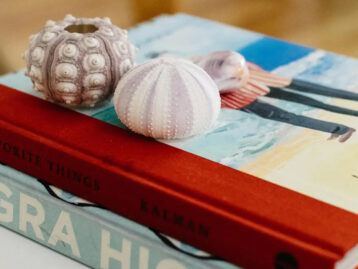 Bringing the Beach Home with You

If you’ve ever spent time by the shore, then you it possesses... Read More 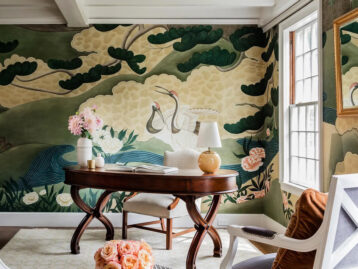 Evoke the Bespoke! How to Create a One-of-a-Kind Room

It’s easy to identify a one-of-a-kind space when you see one, but... Read More 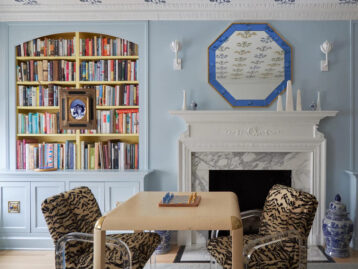 Who doesn’t love a good comeback story? From the decorative china to... Read More 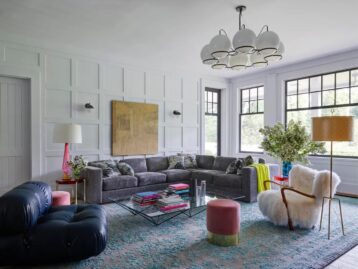 Make no mistake about it: vanguard furniture brings all of the peeps... Read More

Do's and Don'ts for Decorating Your Powder Room

Ask virtually any designer the best room in the house to take a design... Read More 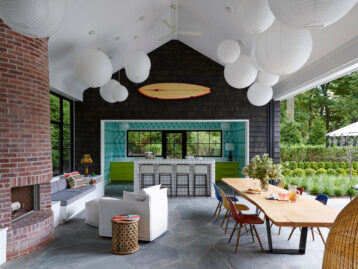 Bright Ideas for Your Indoor-Outdoor Space!