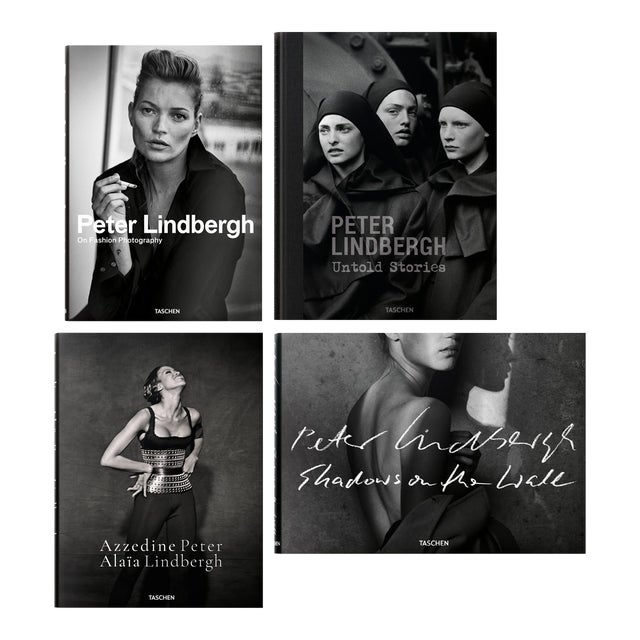 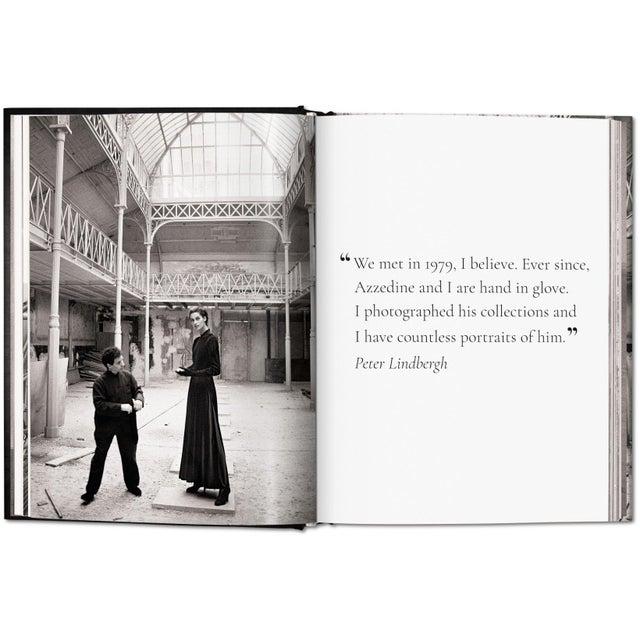 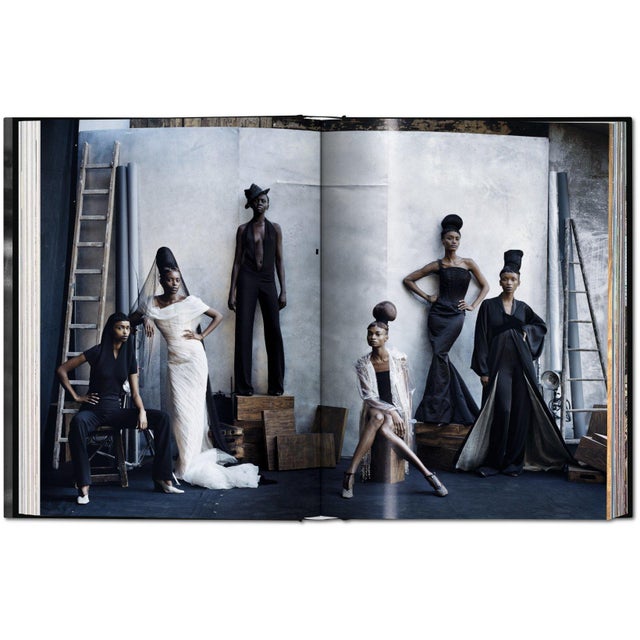 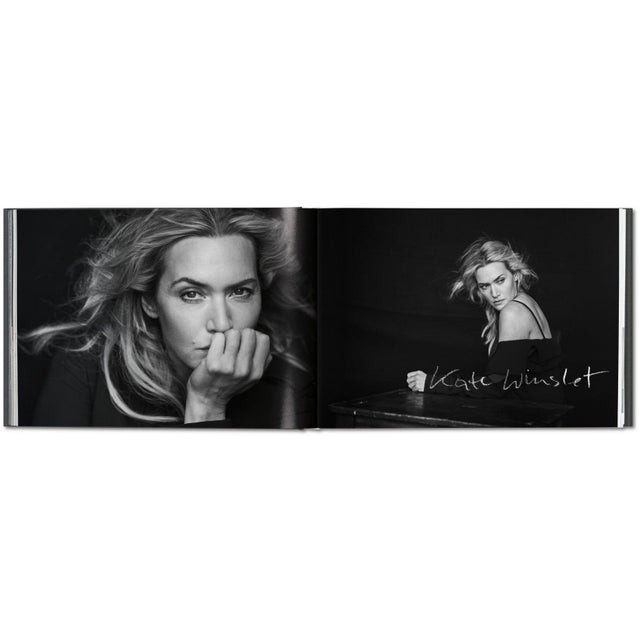 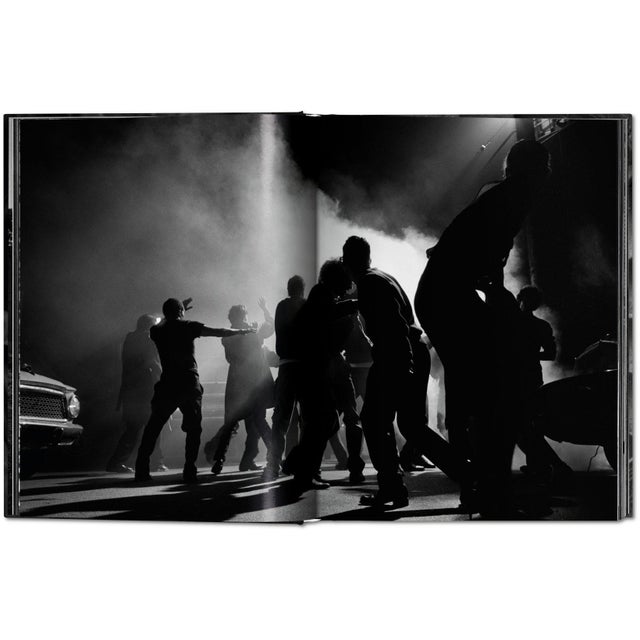 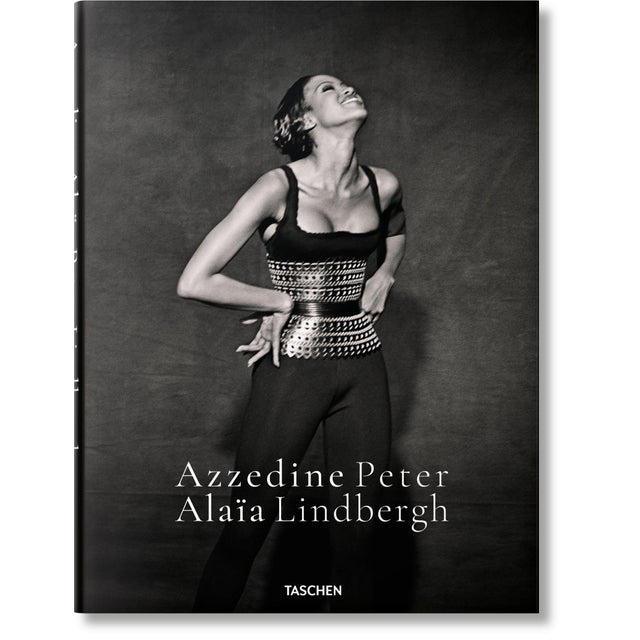 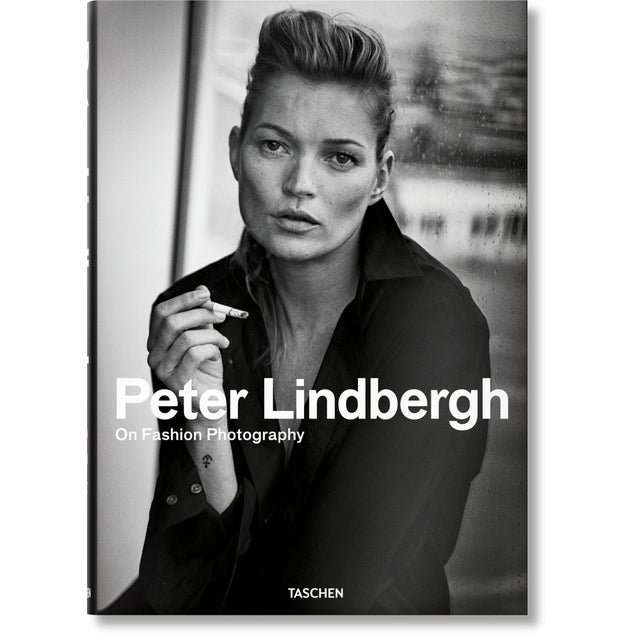 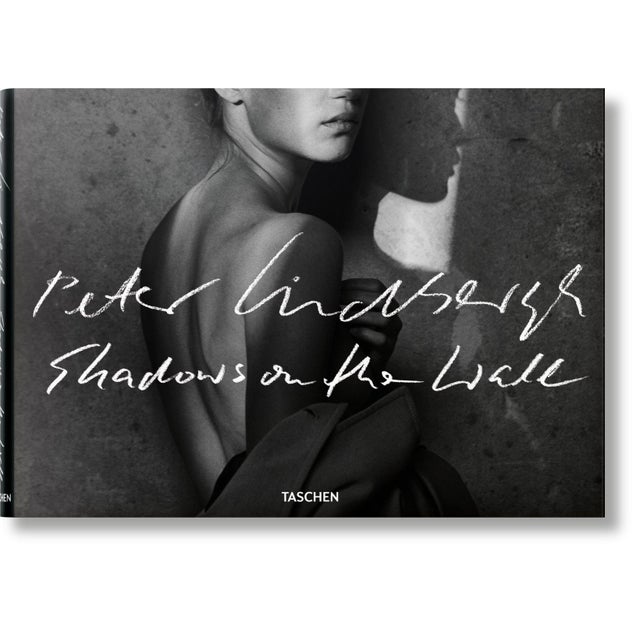 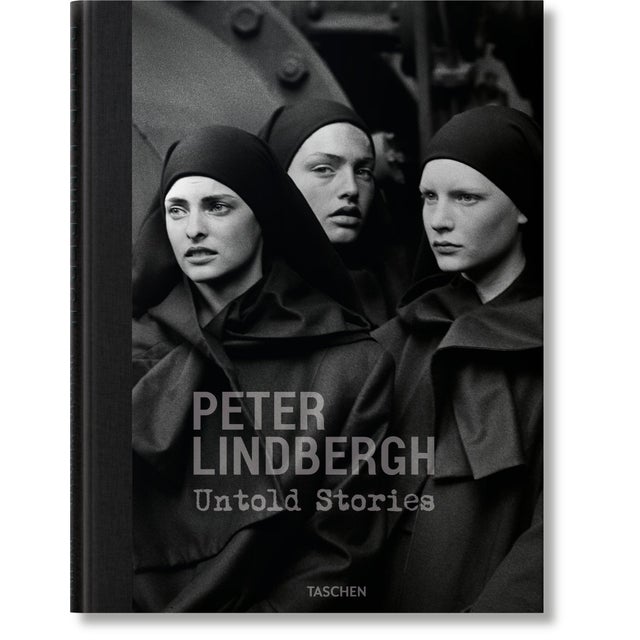 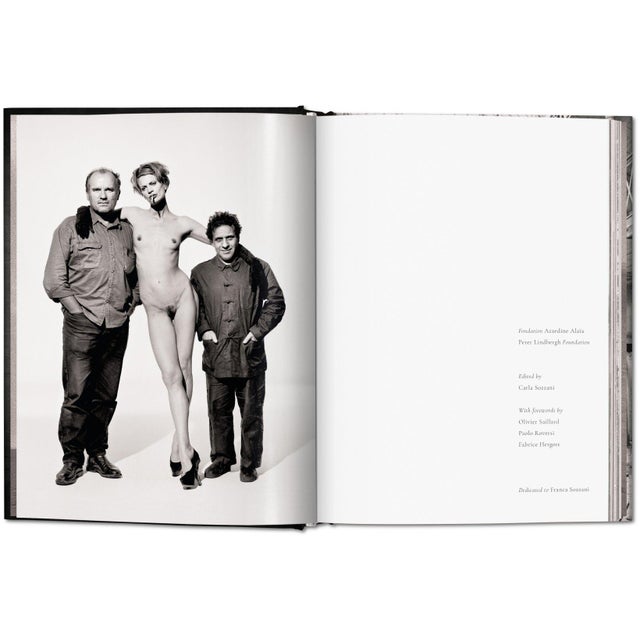 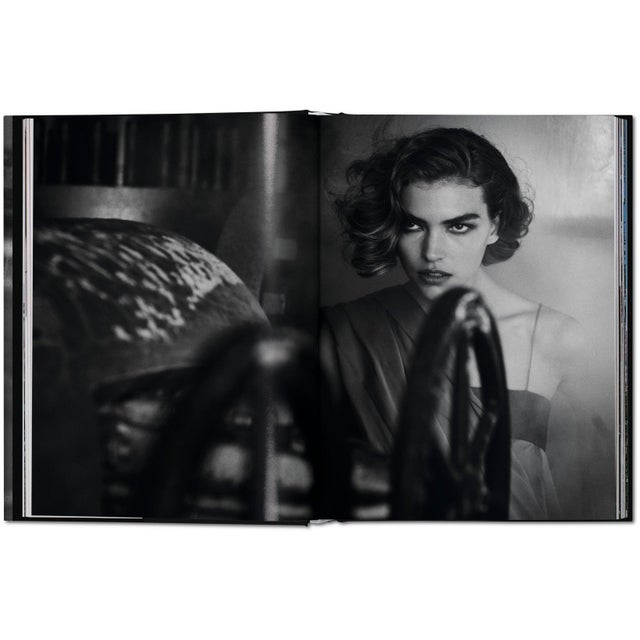 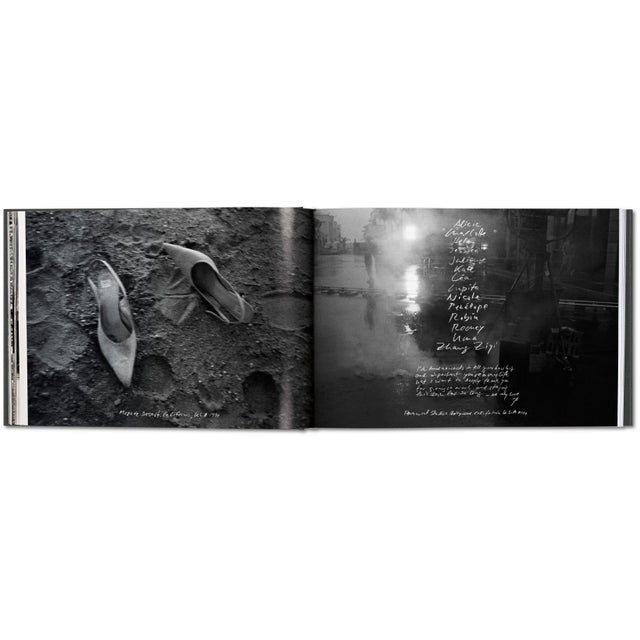 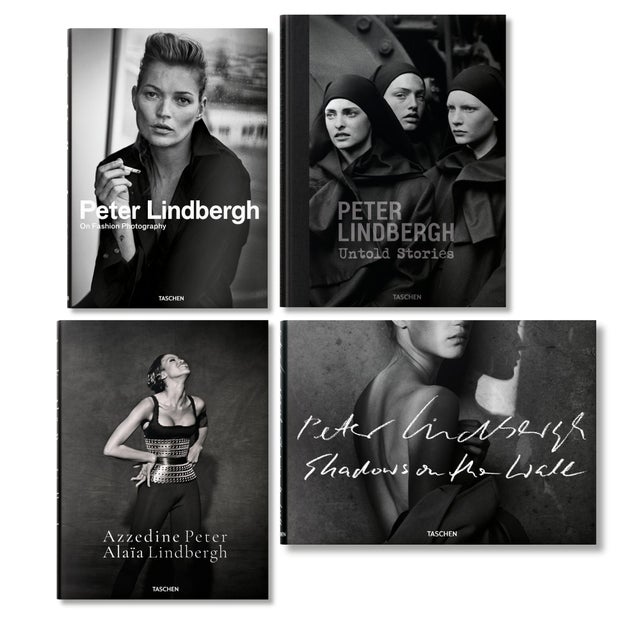 The first-ever exhibition curated by Peter Lindbergh himself, shortly before his untimely death, Untold Stories at the Düsseldorf Kunstpalast served as a blank canvas for the photographer’s unrestrained vision and creativity. Given total artistic freedom, Lindbergh curated an uncompromising collection that sheds an unexpected light on his colossal oeuvre. This artist's book, the official companion to the landmark exhibition, offers an extensive, firsthand look at the highly personal collection. When it came to printing his photos, Lindbergh chose a special uncoated paper – a thin sheet with a soft, open surface – as a deliberate aesthetic statement.

Renowned the world over, Lindbergh’s images have left an indelible mark on contemporary culture and photo history. Here, the photographer experiments with his own oeuvre and narrates new stories while staying true to his lexicon. In both emblematic and never-before-seen images, he challenges his own icons and presents intimate moments shared with personalities who had been close to him for years, including Nicole Kidman, Uma Thurman, Robin Wright, Jessica Chastain, Jeanne Moreau, Naomi Campbell, Charlotte Rampling and many more.

This XL volume presents more than 150 photographs—many of them unpublished or short-lived, often having been commissioned by monthly fashion magazines such as Vogue, Harper’s Bazaar, Interview, Rolling Stone, W Magazine, or The Wall Street Journal. An extensive conversation between Lindbergh and Kunstpalast director Felix Krämer, as well as an homage by close friend Wim Wenders, offer fresh insights into the making of the collection. The result is an intimate personal statement by Lindbergh about his work.

“When I saw my photos on the wall in the exhibition model for the first time, it gave me a fright, but also in a good way. It was overwhelming to be thus confronted with who I am.”
— Peter Lindbergh

It was on a Malibu beach in 1988 that Peter Lindbergh shot the White Shirts series, images now known the world over. Simple yet seminal, the photographs introduced us to Linda Evangelista, Christy Turlington, Rachel Williams, Karen Alexander, Tatjana Patitz, and Estelle Lefébure. This marked the beginning of an era that redefined beauty, and Lindbergh would go on to alter the landscape of fashion photography for the decades that followed.

This book gathers more than 300 images from forty years of Lindbergh’s career. It traces the German photographer’s cinematic inflections and humanist approach, which produced images at once seductive and introspective.

In 1980 Rei Kawakubo asked Lindbergh to shoot a Commes des Garçons campaign, one of his earlier forays into commercial photography. Kawakubo gave him carte blanche. The following years brought forth collaborations with the most venerated names in fashion and resulted in a relationship of mutual reverence; Lindbergh’s respect for some of the greatest designers of our time is palpable in his portraits. Among those photographed are Azzedine Alaïa, Giorgio Armani, Alber Elbaz, John Galliano, Jean Paul Gaultier, Karl Lagerfeld, Thierry Mugler, Yves Saint Laurent, Jil Sander, and Yohji Yamamoto.

Widely considered a pioneer in his field, Lindbergh shirked the industry standards of beauty and instead celebrated the essence and individuality of his subjects. He was pivotal to the rise of models such as Kate Moss, Naomi Campbell, Linda Evangelista, Cindy Crawford, Mariacarla Boscono, Lara Stone, Claudia Schiffer, Amber Valletta, Nadja Auermann, and Kristen McMenamy.

Lindbergh’s reach also extended across Hollywood and beyond: Cate Blanchett, Charlotte Rampling, Richard Gere, Isabelle Huppert, Nicole Kidman, Madonna, Brad Pitt, Catherine Deneuve, and Jeanne Moreau all appear in his works. From the picture chosen by Anna Wintour as the cover of her first Vogue issue to the legendary shot of Tina Turner on the Eiffel Tower, it is never the clothes, celebrity, or glamour that takes center stage in a Lindbergh photograph. Each picture conveys the humanity of its subject with a serene melancholy that is uniquely and unmistakably Lindbergh.

From the outset of his career, Lindbergh was well-known in the contemporary art world, where his photographs were exhibited in galleries long before they appeared in magazines. This edition features an updated introduction adapted from an interview in 2016, allowing a glimpse behind Lindbergh’s lens, where the photographer recounts his early collaborations, the tenuous relationship between commercial and fine art, and the power of storytelling.

“Throughout the book’s pages, the affection Lindbergh has always had for his subjects is constantly apparent. His photos have always favored personality over polish; and his ultimate concern was how his models and actresses themselves wish to be portrayed.”
— The New York Times

Peter Lindbergh and Azzedine Alaia, the photographer and the couturier, were united by their love of black, a love that they would cultivate alike in silver print and solid color garments. Lindbergh ceaselessly turned to black and white to signify his search for authenticity in the faces he brought to light. Alaïa drew on the monochrome of timeless clothes to create veritable sculptures for the body.

In this book, the unique dialogue between the two artists is immortalized in print. Illustrating their community of spirit, its images are a celebration of their artistic partnership and testament to their history-making achievements in photography and fashion.

Despite their geographically opposed origins, Lindbergh and Alaïa pursued similar horizons. At the same time as Lindbergh’s reputation in Germany was growing thanks to his work in Stern magazine, and he set up his studio in Paris in 1978, Alaïa was the couturier shrouded in discretion whose sophisticated techniques were a treasured secret amongst the most important clients of Haute Couture.

Alaïa became the architect of bodies, revealing and unveiling them, while Lindbergh distinguished them by shining a light on their soul and personality. Step by step, they became the creators that dominated their respective disciplines. Both rejected any artifice that distracted from their true subject, and it is with great ease that they came together for a number of powerful collaborations.

Shared inspirations and aesthetic values are visible throughout their work. A beach in Le Touquet and the streets of old Paris reference a mutual love of black and white cinema and vast panoramas. The backdrop of an engine room illustrates the memory of an industrial German landscape for one and references the inordinate passion for functional design and architecture held by the other. Alaïa’s clothes act as pedestals for the smiles and eyes of the women who wear them: Nadja Auermann, Mariacarla Boscono, Naomi Campbell, Anna Cleveland, Dilone, Lucy Dixon, Vanessa Duve, Helene Fischer, Pia Frithiof, Jade Jagger, Maria Johnson, Milla Jovovich, Lynne Koester, Ariane Koizumi, Yasmin Le Bon, Madonna, Kristen McMenamy, Tatjana Patitz, Linda Spierings, Tina Turner, Marie-Sophie Wilson, Lindsey Wixson. For Lindbergh, who built his notoriety on the images of these supermodels, the authenticity of their traits is all that matters. The result is a potent black and white catalogue that reverberates with truthfulness and beauty.

“We met in 1979, I believe. Ever since, Azzedine and I are hand in glove. I photographed his collections and I have countless portraits of him.”
— Peter Lindbergh

“What is merely beautiful has always bored me. I'm interested in what is powerful and real.” —Peter Lindbergh

With such credits as shooting the first American Vogue cover under Editor-in-Chief Anna Wintour, bringing together for the first time a group of young women who would become the ’90s supermodels, and numerous solo exhibitions at world-renowned institutions including the Pushkin Museum in Moscow, the Ullens Center for Contemporary Art in Beijing, and the Gagosian in London, Peter Lindbergh is a master of his craft who has made his mark in the halls of photography history.

The industry quickly became enamored with his almost anti-fashion photography, capturing the zeitgeist and the spirit of his subjects rather than pursuing today’s search for perfection, which he considers inhuman.

His message is simple. These intimate images represent a different kind of beauty, far away from society’s obsession with youth and perfection; one which is concerned with individuality, the courage to be yourself, and your very own sensibility. less