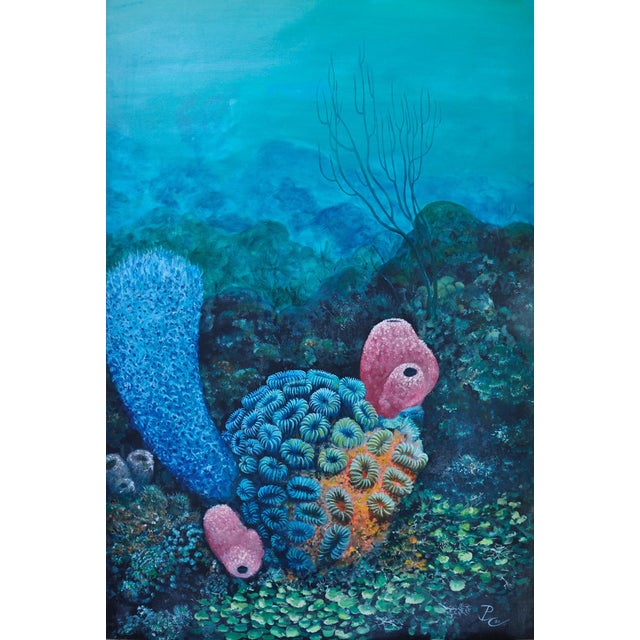 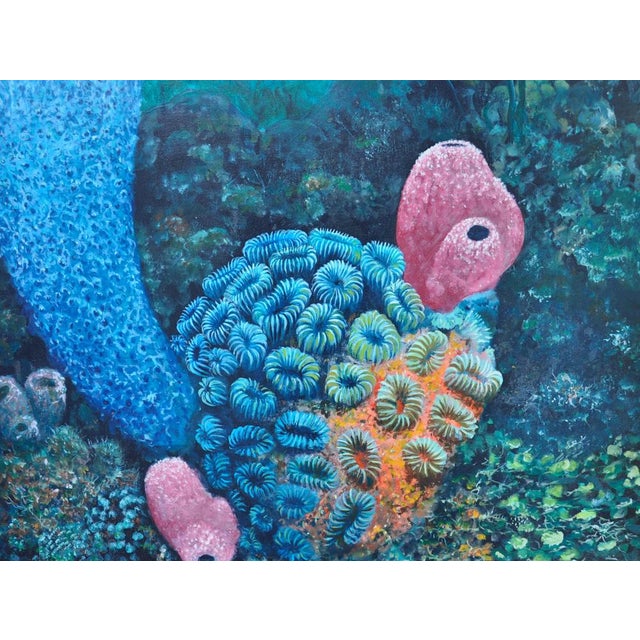 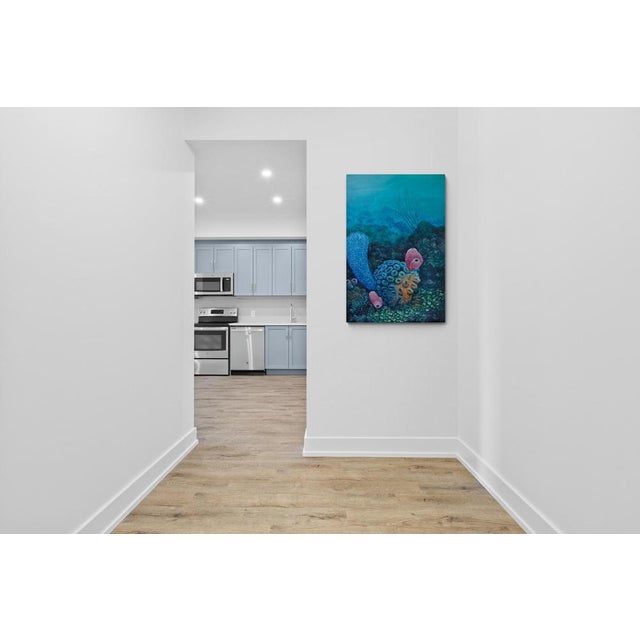 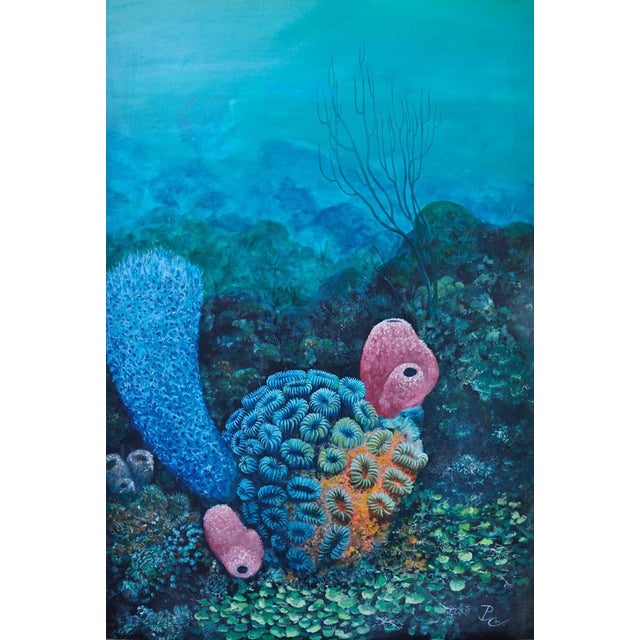 A very figurative painting. So realistic you could believe a photo! and underwater bottom, with coral and sponges. A hyperrealistic … moreA very figurative painting. So realistic you could believe a photo! and underwater bottom, with coral and sponges. A hyperrealistic canvas made with oil paint on canvas. And underwater landscape as can be seen from a dive. Patrick chevailler, realist painter, is inspired by his diving in the caribbean to create underwater landscapes. He was one of the top 10 underwater painters in the world in the 2000s. Born in july 1946, in bordeaux, france and throughout his young age, he admired his father painting as and amateur, thinking he was incapable of doing the same. With his boat, he sailed to the west indies in 1977 where, a doctor in saintes in the south of guadeloupe, he began to paint, almost to take up a challenge. Indeed, his father had painted a miniature to decorate his sailboat and for a long time he asked her for another to make the pair, which never happened. One day he stopped in front of a reproduction of a painting from the battle of trafalgar and thought, “for my pair, this would be the perfect subject. If my father was able to do what he did to me, why shouldn't i be able to do the same? " with a box of base oils, he began to paint a reproduction of what he saw in the book. It took him a month to finish a small 15x20 cm painting, detailed to the point of being able to count the number of cannons. He took a liking to it and painted other naval battles for his pleasure. Without any artistic education, he built his own technique to finally free himself from copying and produce his own works! for twenty years, he produced as and amateur about 150 subjects of ancient maritime paintings. In 1996, installed with the small family for a year, in palm island in the grenadines, a couple of diving friends, owning a villa, ordered from him, in view of his previous works, a large canvas of 2.40 meters high. Large, when he had in fact painted only a few miniature submarines! and that's how painting of the seabed really began. For this large canvas, he had to paint outside. At that time, the road around palm only passed a few meters from our house and all the passing tourists stopped to admire it in its works. It was then a profound change from ancient seas to the seabed! people, never having seen such detailed underwater paintings, bought even barely dry originals. He was almost crying! now, settled in bequia, he continues to paint, but more diverse subjects, sometimes in a more modern style. Miami boat show, february 2007 fort lauderdale boat show, nov 2006 fort lauderdale ocean feast, april 2006 new york artexpo, march 2006 las vegas dema show, october 2005 fort lauderdale ocean feast, april 2005 beneath the sea, march 2005 moscow, february 2005 paris dive show, february 2005 dema show 2004, houston, october 2004 seaspace, houston texas, june 2004 long beach scuba show, may 2004 fort lauderdale ocean feast, may 2004 new jersey beneath the sea, march 2004 paris dive show, february 2004 miami dema show, 2003 less