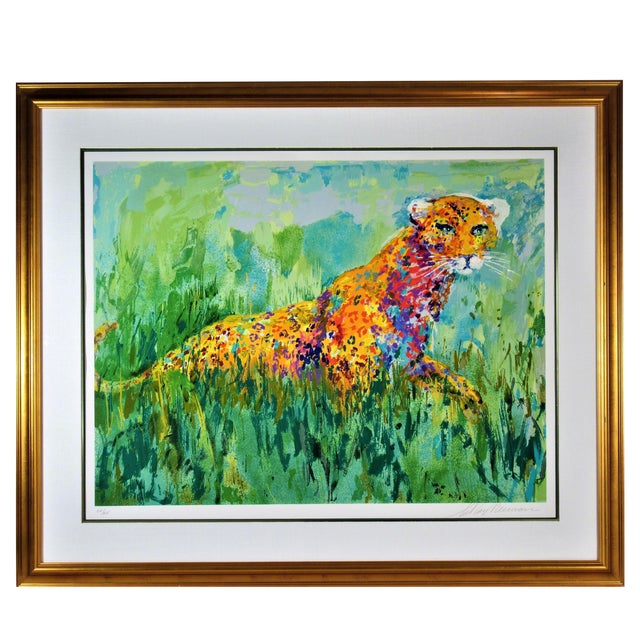 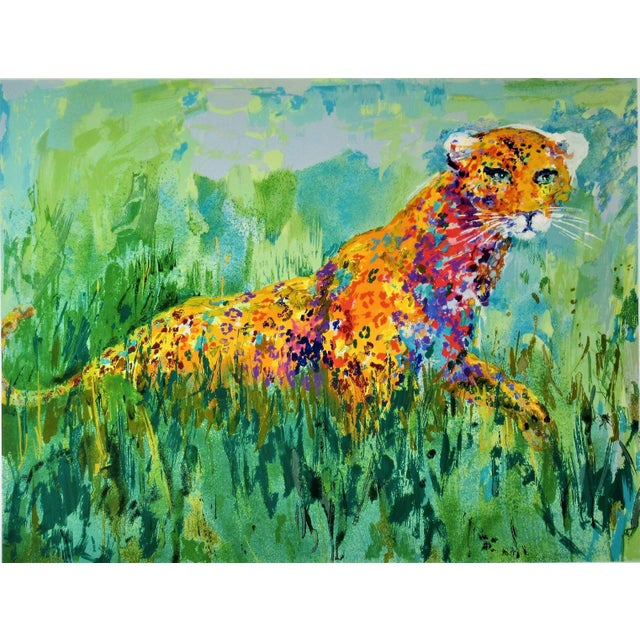 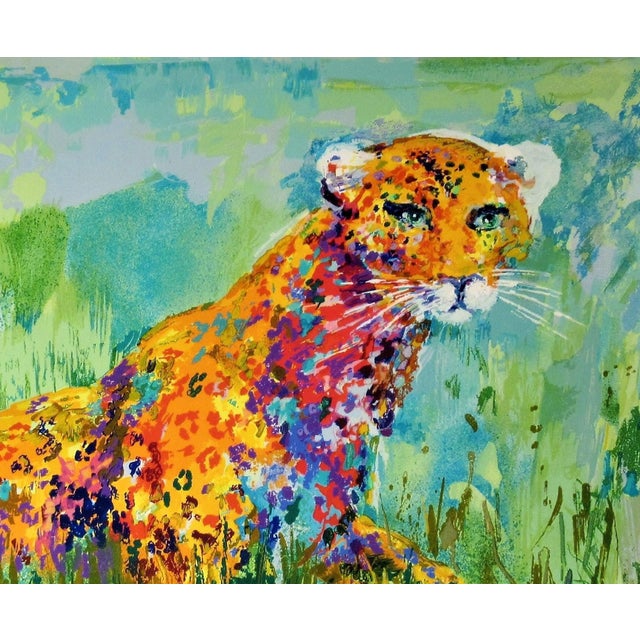 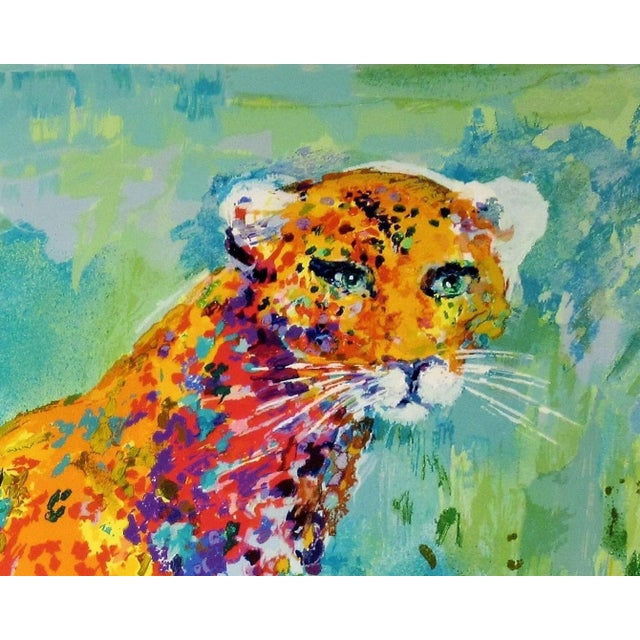 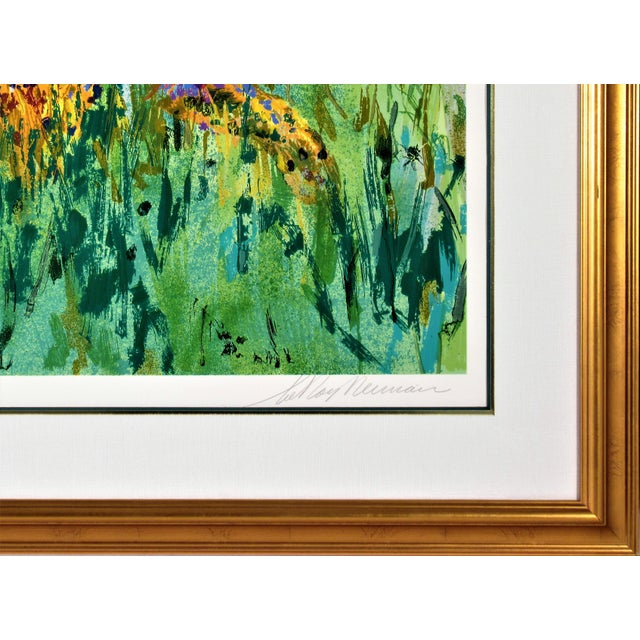 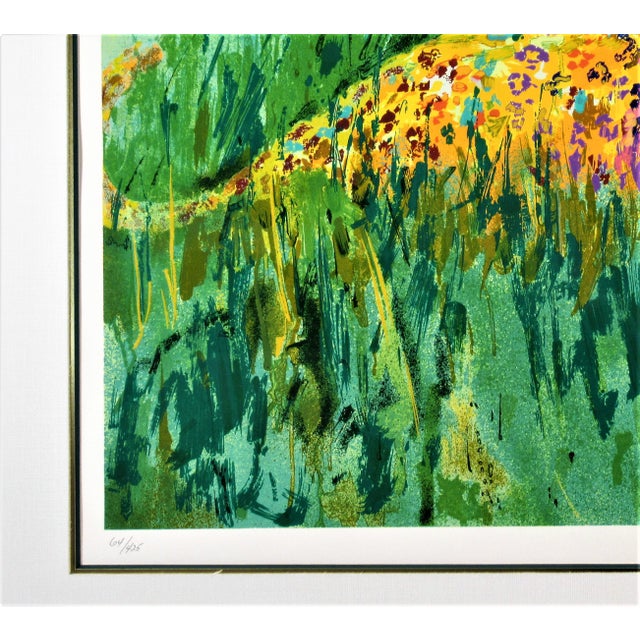 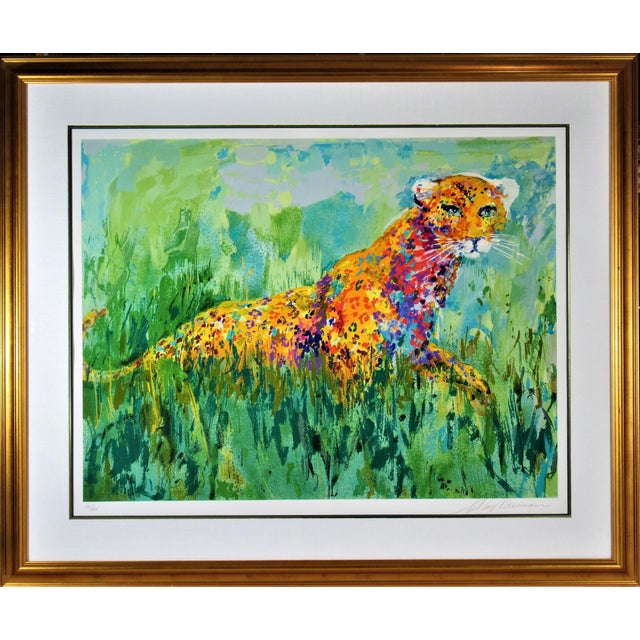 Mr. Neiman's kinetic, quickly executed paintings and drawings, many of them published in Playboy, offered his fans gaudily colored visual reports on heavyweight boxing matches, Super Bowl games and Olympic contests, as well as social panoramas like the horse races at Deauville, France, and the Cannes Film Festival.

Quite consciously, he cast himself in the mold of French Impressionists like Toulouse-Lautrec, Renoir and Degas, chroniclers of public life who found rich social material at racetracks, dance halls and cafes.

Mr. Neiman often painted or sketched on live television. With the camera recording his progress at the sketchpad or easel, he interpreted the drama of Olympic Games and Super Bowls for an audience of millions.

When Bobby Fischer and Boris Spassky faced off in Reykjavik, Iceland, to decide the world chess championship, Mr. Neiman was there, sketching. He was on hand to capture Federico Fellini directing "8 ½" and the Kirov Ballet performing in the Soviet Union.

Although he exhibited constantly and his work was included in the collections of dozens of museums around the world, critical respect eluded him. Mainstream art critics either ignored him completely or, if forced to consider his work, dismissed it with contempt as garish and superficial — magazine illustration with pretensions. Mr. Neiman professed not to care.

Maybe the critics are right," he told American Artist magazine in 1995. "But what am I supposed to do about it — stop painting, change my work completely? I go back into the studio, and there I am at the easel again. I enjoy what I'm doing and feel good working. Other thoughts are just crowded out."

His image suggested an artist well beyond the reach of criticism. A dandy and bon vivant, he cut an arresting figure with his luxuriant ear-to-ear mustache, white suits, flashy hats and Cuban cigars. "He quite intentionally invented himself as a flamboyant artist not unlike Salvador Dalí, in much the same way that I became Mr. Playboy in the late '50s," Hugh Hefner told Cigar Aficionado magazine in 1995.

LeRoy Runquist was born on June 8, 1921, in St. Paul. His father, a railroad worker, deserted the family when LeRoy was quite young, and the boy took the surname of his stepfather.

He showed a flair for art at an early age. While attending a local Roman Catholic school, he impressed schoolmates by drawing ink tattoos on their arms during recess.

As a teenager, he earned money doing illustrations for local grocery stores. "I'd sketch a turkey, a cow, a fish, with the prices," he told Cigar Aficionado. "And then I had the good sense to draw the guy who owned the store. This gave me tremendous power as a kid."

After being drafted into the Army in 1942, he served as a cook in the European theater but in his spare time painted risqué murals on the walls of kitchens and mess halls. The Army's Special Services Division, recognizing his talent, put him to work painting stage sets for Red Cross shows when he was stationed in Germany after the war.

On leaving the military, he studied briefly at the St. Paul School of Art (now the Minnesota Museum of American Art) before enrolling in the School of the Art Institute of Chicago, where, after four years of study, he taught figure drawing and fashion illustration throughout the 1950s.

When the janitor of the apartment building next door to his threw out half-empty cans of enamel house paint, Mr. Neiman found his métier. Experimenting with the new medium, he embraced a rapid style of applying paint to canvas imposed by the free-flowing quality of the house paint.

While doing freelance fashion illustration for the Carson Pirie Scott department store in Chicago in the early 1950s, he became friendly with Mr. Hefner, a copywriter there who was on the verge of publishing the first issue of a men's magazine.

In 1954, after five issues of Playboy had appeared, Mr. Neiman ran into Mr. Hefner and invited him to his apartment to see his paintings of boxers, strip clubs and restaurants. Mr. Hefner, impressed, showed the work to Playboy's art director, Art Paul, who commissioned an illustration for "Black Country," a story by Charles Beaumont about a jazz musician.

Thus began a relationship that endured for more than half a century and established Mr. Neiman's reputation.

In 1955, when Mr. Hefner decided that the party-jokes page needed visual interest, Mr. Neiman came up with the Femlin, a curvaceous brunette who cavorted across the page in thigh-high stockings, high-heeled shoes, opera gloves and nothing else. She appeared in every issue of the magazine thereafter.

Three years later, Mr. Neiman devised a running feature, "Man at His Leisure." For the next 15 years, he went on assignment to glamour spots around the world, sending back visual reports on subjects as varied as the races at Royal Ascot, the dining room of the Tour d'Argent in Paris, the nude beaches of the Dalmatian coast, the running of the bulls at Pamplona and Carnaby Street in swinging London. He later produced more than 100 paintings and 2 murals for 18 of the Playboy clubs that opened around the world.

"Playboy made the good life a reality for me and made it the subject matter of my paintings — not affluence and luxury as such, but joie de vivre itself," Mr. Neiman told V.I.P. magazine in 1962.

Working in the same copywriting department at Carson Pirie Scott as Mr. Hefner was Janet Byrne, a student at the Art Institute. She and Mr. Neiman married in 1957. She survives him.

A prolific artist, he generated dozens of paintings each year that routinely commanded five-figure prices. When Christie's auctioned off the Playboy archives in 2003, his 1969 painting Man at His Leisure: Le Mans sold for $107,550. Sales of the signed, limited-edition print versions of his paintings, published in editions of 250 to 500, became a lucrative business in itself after Knoedler Publishing, a wholesale operation, was created in 1975 to publish and distribute his serigraphs, etchings, books and posters.

Mr. Neiman's most famous images came from the world of sports. His long association with the Olympics began with the Winter Games in Squaw Valley in 1960, and he went on to cover the games, on live television, in Munich in 1972, Montreal in 1976, Lake Placid in 1980, and Sarajevo and Los Angeles in 1984, using watercolor, ink or felt-tip marker to produce images with the dispatch of a courtroom sketch artist. At the 1978 and 1979 Super Bowls, he used a computerized electronic pen to portray the action for CBS.

Although he was best known for scenes filled with people and incident, he also painted many portraits. Athletes predominated, with Muhammad Ali and Joe Namath among his more famous subjects, but he also painted Leonard Bernstein, the ballet dancer Suzanne Farrell, the poet Marianne Moore and Sylvester Stallone, who gave Mr. Neiman cameo roles in three "Rocky" films.

His many books included LeRoy Neiman: Art and Life Style, Horses, Winners: My Thirty Years in Sports, Big-Time Golf, LeRoy Neiman on Safari and LeRoy Neiman: Five Decades. In 1995, he donated $6 million to Columbia University's School of the Arts to endow the LeRoy Neiman Center for Print Studies. less