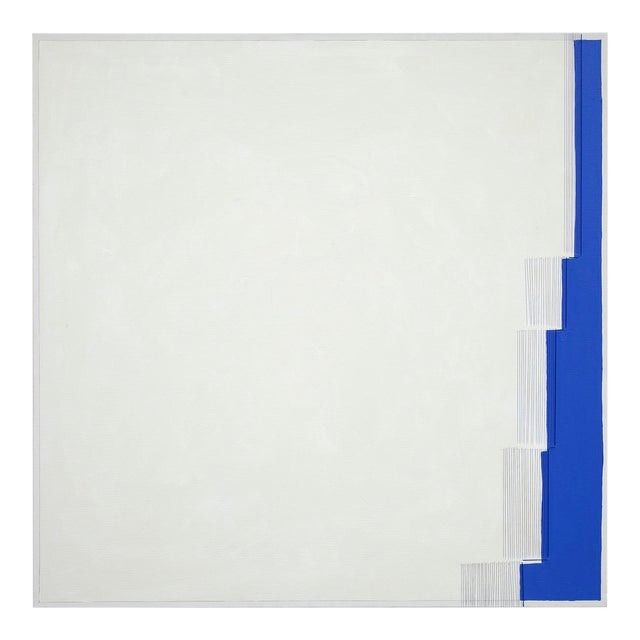 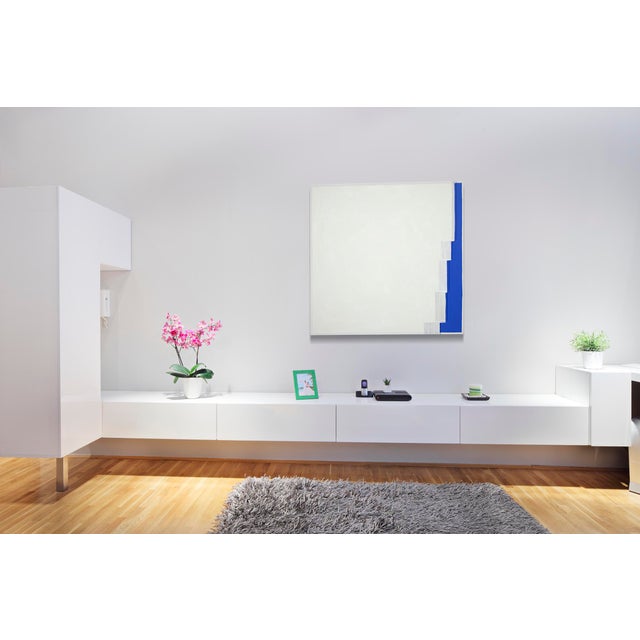 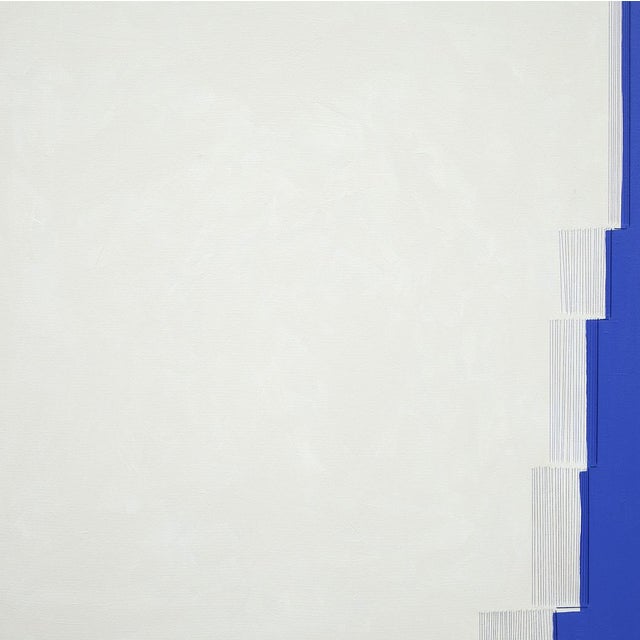 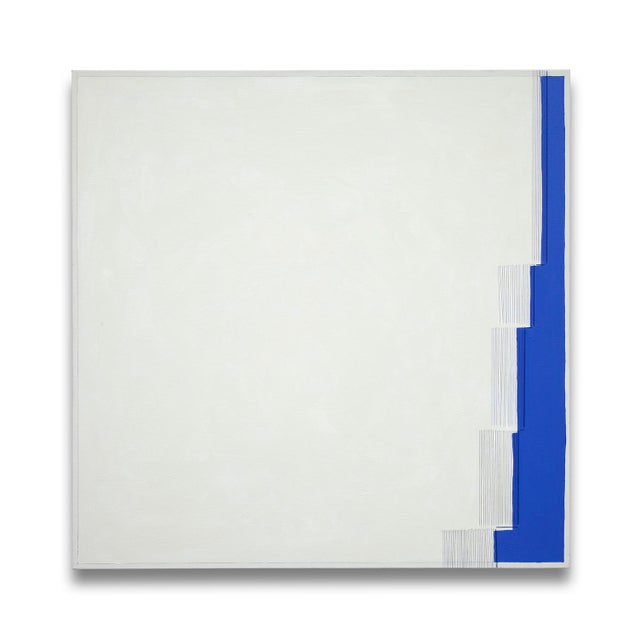 Acrylic, graphite and thread on canvas

The threaded lines suggest a physical barrier that interrupts the shapes ... moreAcrylic, graphite and thread on canvas

The threaded lines suggest a physical barrier that interrupts the shapes and stops them from connecting and at the same time a transparency is created that allows the viewer to enter through the lines onto the painted surface.The titles of each series can be interpreted as emotional, psychological and physical conditions.This work, part of the series called Rise is inspired by city silhouettes of buildings.Their bold shapes subtlety deconstruct through the accumulation of drawn threaded lines that line them.The compositions underscore the contrast in color and form.The shapes seem to rise up and could be a metaphor for a state of mind.

Holly Miller is an American abstract artist whose paintings strive to merge the optical with the tactile through the language of abstraction. She lives and works in Brooklyn, NY. Born in Buffalo, NY, the artist grew up in Rome, Italy in the late 60's and early 70's. Her grandmother, who used to come visit Holly and her family once in a while, would always take her to the museums to explore different masterpieces. During her high school years in NY, she had only one dream - to move back to the town where she spent her childhood. After graduation, the artist relocated to the Eternal City and took classes in History of Art and Italian literature at the Dante Alighieri school.Aged twenty, the young artist moved back to the US to study drawing, painting and sculpture at the School of Visual Arts (SVA) where she obtained her Bachelor of Fine Arts in the year of 1984. After a long journey of experimenting, the artist started getting involved with thread - a material that has properties of drawing yet is tactile and sculptural, that relates to canvas and carries endless metaphors. She began drawing with a long needle and thread instead of a pencil on canvas. She found a visual medium that combined drawing, painting and sculpture and yet remained simple and humble. She had achieved an economy that was reached through many years of exploring, taking risks, discovering and then discarding what wasnt absolutely necessary. By distilling her experiences, thoughts, feelings and emotions, she has created an abstract personal language that has become the essence of her work.&quot;The act of stitching lines carries metaphors of puncturing and healing, connecting and disrupting, tearing and mending. The tiny pricks or stings remind us that everything that is beautiful or gentle can be slightly painful too. There lies the poetry in the work.&quot;By combining repeated threaded lines with geometric shapes of color, her work conveys many dichotomies: reductive painting and craft, illusion and material, warm and cool, absence and presence, masculine and feminine, bold and subtle, perfection and imperfection...The paintings have a physicality that is described through the monochromatic brush strokes and the punctured holes of the drawn lines that pierce the surface of the canvas, yet from a distance, they appear to be flat and suggest a fine line drawing. As one approaches the paintings an element of surprise is revealed and one is inspired to look closer and question the original assumption or expectation. Upon graduation, the artist moved back to Italy once again. Most of her works from this period were inspired by Robert Rauschenberg, Jean-Michel Basquiat and Egon Schiele. However, four years later she felt that living in that beautiful city was like living in a Museum, so she realized that she had to change something in order for her to grow and expand as an artist; she needed a more current environment and a broader dialogue with other artists. She returned to NY where she established her roots as a female, contemporary American artist.Communication through the touch (body language) has inspired her tactile abstract paintings. Millers palette echoes the tones and hues of Italian industrial design from the 60s and 70s, while her shapes recall architecture and urban structures.Her work has a huge affinity to Fontanas physical approach to his paintings and Burris tactile manipulation of the paintings surface. Ellsworth Kellys bold shapes and colors have resonated with her on a purely optical level. Agnes Martins subtle, quiet, repetitive drawn lines, Fred Sandbacks strong architectural, minimal fiber lines drawn in space, Eva Hesses emotionally loaded structured webs, Richard Tuttles quirky and fresh drawings and humble objects, Bridget Rileys dynamic, optical compositions have left a deep impression on Miller inspiring her to carve out her own voice in Abstraction. Deven Golden, New York art critic from Artcritical and Art Monkey Wrench, wrote about her work :&quot;So great effort is made in pursuit of uniformity, but it is human imperfection that is embraced and highlighted with each action... Holly Millers practice offers a visual tactility we can see floating before us, but never touch&quot; The artist's works are displayed in public collections including Weatherspoon Art Museum in North Carolina, University of Kentucky Art Museum, and Arkansas Arts Center. The artist has exhibited her work in solo shows in many galleries mostly on the US Coast and internationally in numerous group shows including the Serpentine Gallery, London and Miscetti Studio in Rome. Elizabeth Harris, New York City less