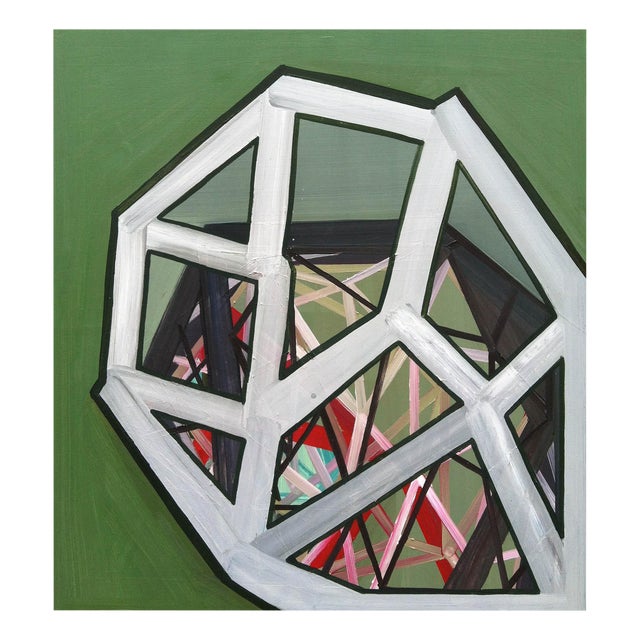 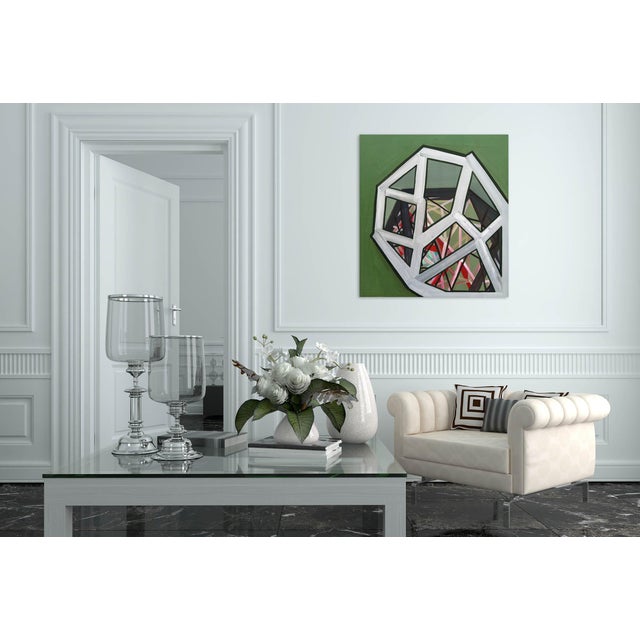 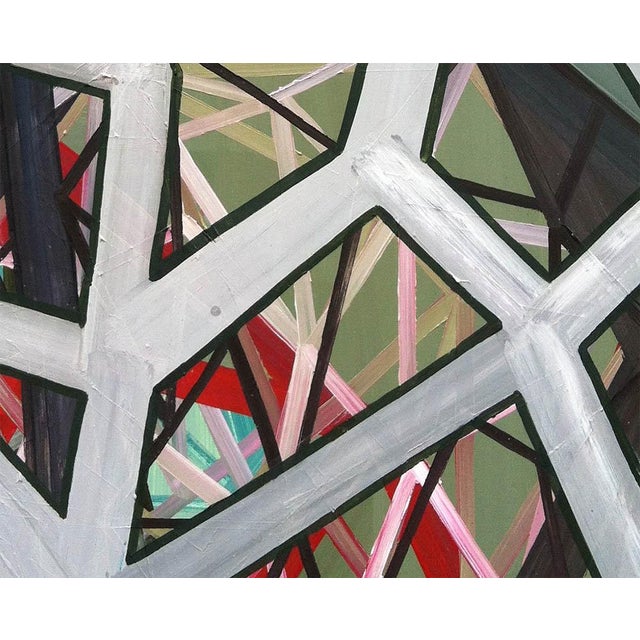 Ashlynn Browning "The Loud One at the Party", Painting

Ashlynn Browningsrecurring use of grids, networks may recall architectural structures, but these are only … moreOil on panel

Ashlynn Browningsrecurring use of grids, networks may recall architectural structures, but these are only created in response to the paint as she works, instinctively.Colors, which play a very important part in Brownings paintings, will also vary depending on her feelings or interests of the moment (nature, fashion trends, or art historical preferences).

Ashlynn Browning is an American abstract painter whose work merges organic and geometric forms through an open-ended process of layering. She lives and works in Raleigh (North Carolina, USA). Browning earned a BA in Studio Art and English at the Meredith College of Raleigh (NC, USA) and, in 2002, a Master of Fine Art in Painting and Printmaking at the university of North Carolina at Greensboro (NC, USA). Browning used to work almost exclusively on paper (up until around 2006), using graphite, charcoal, oil pastel and then mixing those media with paint and collage.Over time, panels began to take over and the paper disappeared, whilst she started to focus almost exclusively on oil painting.Browning never makes initial plans or studies prior to starting an artwork. Intuition, instinct and experimentation are the main drivers of her work.She uses a classical Abstract Expressionist approach to painting: Making a mark, responding to that mark, etc. The only "calculated" part of her work is where she will let a layer sit for a while and just look at it over a period of days, thinking about her next move. That calculated choice may or may not remain in the final piece, but it is still an important part of the process. So in the end, the painting contains a cumulative effect of thoughtful decisions and purely felt acts. Whilst Browning's paintings come about intuitively and are first about paint, much about her own experiences, in particular, the human psyche, in general, is also present within them.Her recurring use of grids, networks, and, since 2013, stacked forms, may recall architectural structures, but these are only created in response to the paint as she works, instinctively.Colors, which play a very important part in Browning's paintings, will also vary depending on her feelings or interests of the moment (nature, fashion trends, or art historical preferences). However, in practice, they will rarely be primary colors, and there will almost always be some Guston pink in her work. My work merges geometric forms with an intuitive, ever changing process. Some of my paintings read asplaces, of both a geographic and psychological nature. In others, geometric forms function as stand-ins for figures. These figures vary from precarious and toppling to boldly upright and assured. Each possesses an individual personality, mood and implied narrative.Most recently I am interested in stacking forms and exploring the relationships between them. Hexagons and webs are partially buried beneath chunkier forms that play with weight and architecture. The grids and interlocking blocks in this new work bring to mind windows, urban buildings and walls with glimpses into the space behind and around them. Three-dimensional space is implied.The many layers in my pieces speak both to the history of the paintings creation, as well as to the hidden parts of ourselves that we conceal and reveal in time. I know a painting is complete when it has become its own separate entity, one with a sense of dignity and self. Chris Vitiello, an art columnist at Indy Week, said about Brownings work in 2015: Her paintings have resembled distant views or off-center details of unconventional buildings (;). But a longer look reveals more abstract concerns with painterly illusion. Brownings straight-line brushstrokes can be so thick that their raised contours are clearly visible under subsequent layers, as if shed used a housepainters brush. This creates a topography in high-contrast colors, the edges nearly vibrating, that gives the disorienting impression of flatness and extreme depth at once. Buildings, in Brownings paintings, are only a means toward optical and material investigation In an article published in Burnaway in 2015, Shana Dumont Garr, an art historian, curator, writer, and gallery manager, said following a visit to Brownings studio: On her website, Browning includes this quote by Francis Bacon: Man gets tired of himself. Man is obsessed with himself. I would like some day to capture a moment of life in its full violence, its full beauty. That would be the ultimate painting. This desire for unmoored emotion comes through in paintings such as Cantilever. Brownings keen sensitivity to color enables an incredible range of shapes and brushstroke textures to coexist. She has received many grants and awards for her work, notably a grant from the Joan Mitchell Foundation and New American Paintings publication. Browning has extensively exhibited in solo and group shows nationally, mostly on the US East coast. if ART Gallery, Columbia, SC
Whitespace, Atlanta, GA
Hodges Taylor, Charlotte, NC less