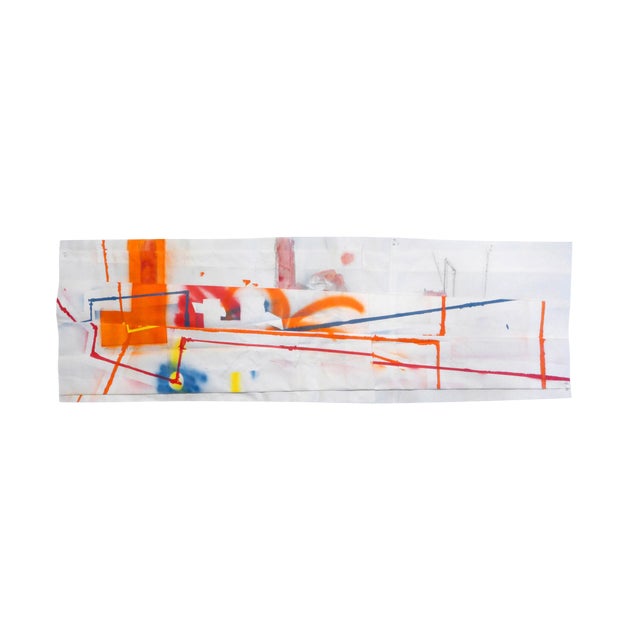 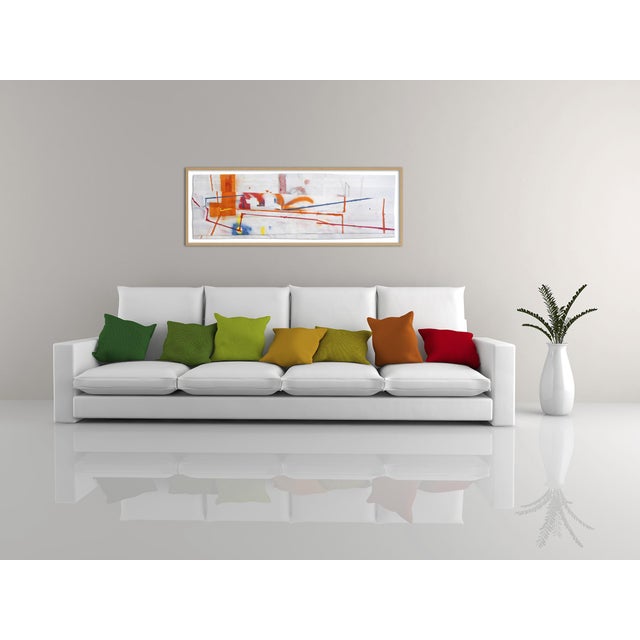 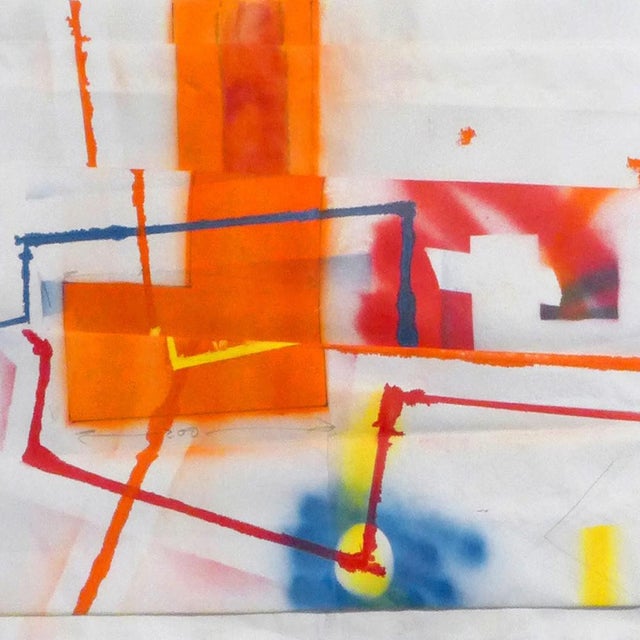 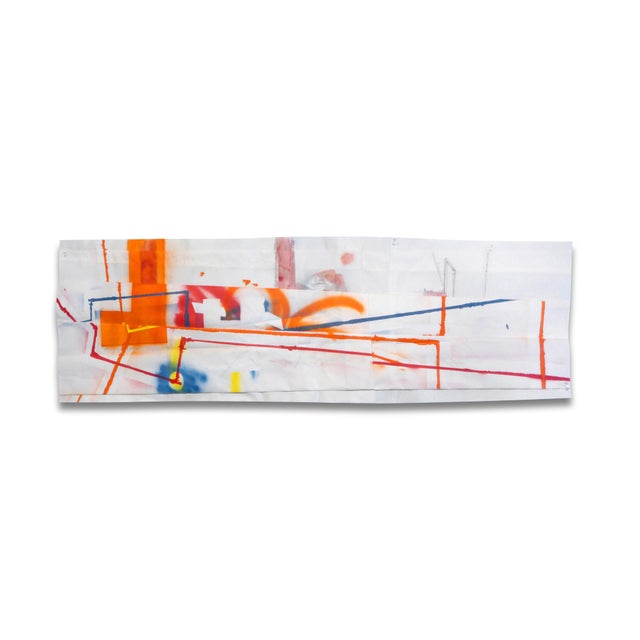 Peter Soriano works on relatively large sheets of Japanese paper with a tendency to work from something observed, ideally around him. He tends to bein the configuration that is the subject of the work.Soriano is fond ofsystems objects attached to other objects, such as the wiring plan of a room. But very often there are other shapes that play a role in the work.The artist would fold and rework a piece a number of times. Folding seems to concentrate the dialogue that attracts him. Reworking is part of his nature. The finished work normally is the result of this ebb and flow between the heightening and repositioning the relationship between forms.L.I.C refers to Long Island City where Soriano currently has his studio. This drawing focuses of objects and elements within it, the long thin lines refering to electrical wires.

Peter Soriano is a Philippines-born French-American abstract artist who divides his time between New York City and Penobscot, Maine. Although he began his career as a sculptor, his work is now two-dimensional. He is known for his bold spray-painted wall murals and for his more intimate works on paper. Soriano's work is gestural and geometric, dominated by a graphic lexicon of marks and notations. Soriano earned a Bachelor of Arts from Harvard College in Cambridge, Massachusetts, in 1981 and, that same year, completed a residency at the Skowhegan School of Painting and Sculpture in Maine. Soriano received his early art education from his uncle Fernando Zobel, a prominent Spanish abstract artist. Zobel emphasized the importance of drawing as the foundation of artistic development. He encouraged Soriano to copy works in museums and spend long hours drawing landscapes and human figures. In short order, Soriano came to rely on drawing to translate his experiences and movements through the world.By the mid-1990s, Soriano had earned an international recognition for his deceptively playful, biomorphic sculptures made of fiberglass. His sculptures were regularly exhibited by Lennon, Weinberg in New York and by Galerie Jean Fournier in Paris. Then, in 2004, after a residency at the Atelier Calder in France, Soriano turned his focus to wall-based sculptures composed of steel cables, pipes, and spray paint. Eventually, Soriano eliminated structural elements altogether to introduce another body of work: wall drawings, or murals.This new work appears at first glance to be abstract-a constellation of spray-painted arrows, lines, boxes, and notations-but in fact, the work references and is a response to Soriano's surroundings.In conjunction with these wall drawings, Soriano makes works on paper inspired by the same subject matters. These drawings, on Japanese paper, are made with pencil, colored inks, spray paint, and watercolor. In the course of working on them, Soriano folds the paper again and again, "a process that refines and constructs his compositions until the drawings take on an almost sculptural dimension," to quote one critic. The finished works are dense in observations, rich in gesture, and complex in construction. Soriano's work is inspired by his surrounding landscapes, including, for example: the Bagaduce, a tidal river that fronts his Maine studio; a hotel room in Busan, South Korea; the configuration of water pipes in his New York loft. Surprisingly, given that he is an abstract artist, he draws inspiration from Swiss 19th-Century landscapes, prehistoric cave paintings, and Japanese studies for Ukiyo-e works on paper. Sorianos work is owned by museums in the United States and in Europe, including The Fondation Cartier pour Art Contemporain, Paris, France; the Morgan Library & Museum in New York City; The Colby College Museum of Art in Waterville Maine; Harvard Art Museum in Cambridge, Massachusetts. His work is also included in the corporate collection of Neuberger & Berman in New York. Soriano has exhibited extensively in galleries and museums in the United States, Europe, and Asia. Lennon Weinberg Gallery, New York City, NYGalerie Jean Fournier, Paris, FranceGalerie Bernard Jordan, Zurich, Switzerland less