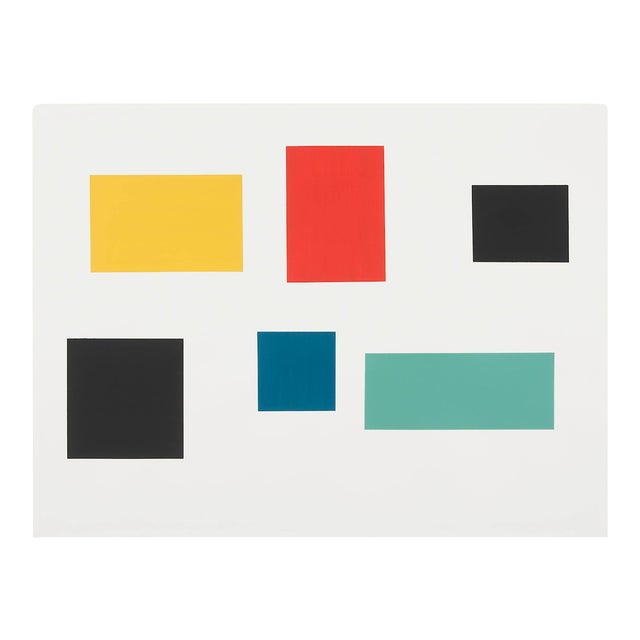 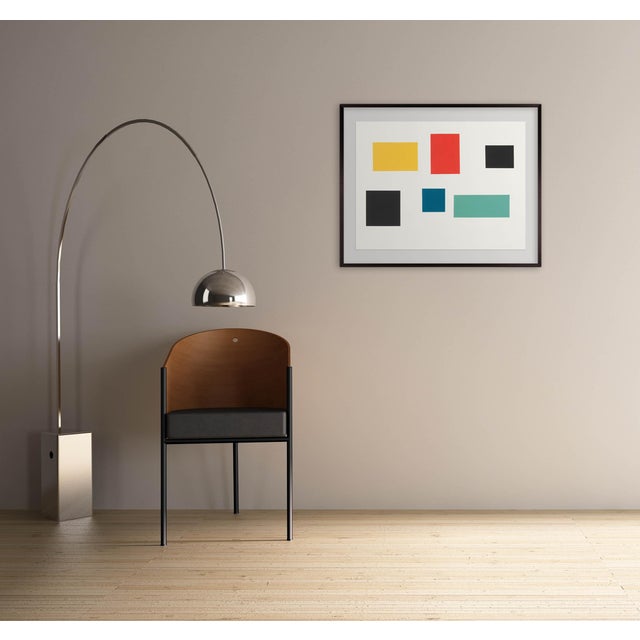 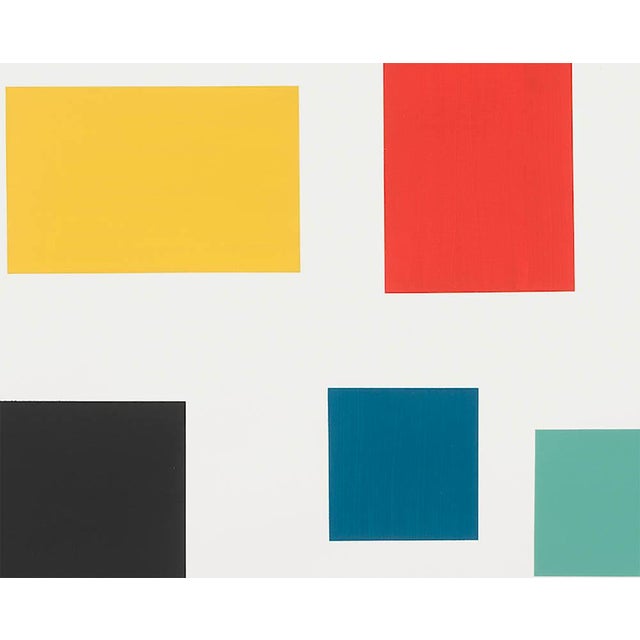 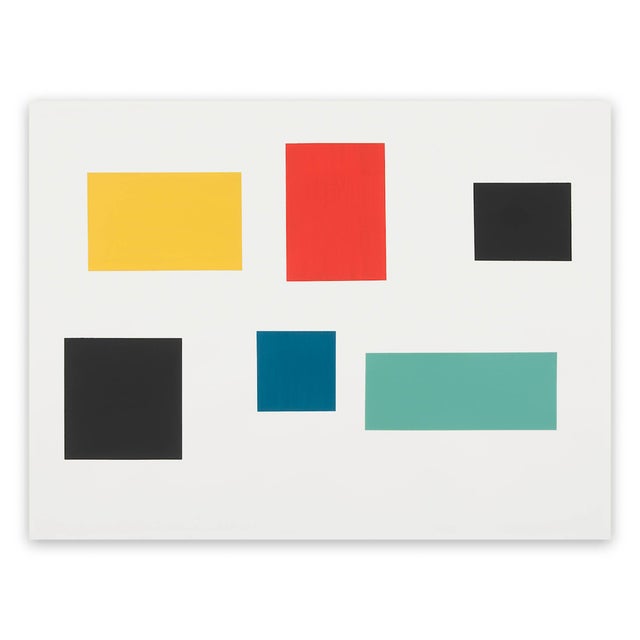 This workis part of an ongoing series started in 2012 and titled Survey.McGlynn … moreAcrylic on Fabriano paper

This workis part of an ongoing series started in 2012 and titled Survey.McGlynn is interested in how a minimally-determined presentation of form can critique the residual meaning of the mediated imagery of popular culture, including corporate logos and perhaps more common signage.&quot;Survey&quot; obliquely refers to a play on behavioural testing but also how contemporary images &quot;scan&quot;. The title meant more in a connotative sense than any strict conceptual denotation.

Tom McGlynn is an American abstract artist whose oeuvre explores interactive color and proportion in tension with their potential semiotic meaning. He is also an independent curator and a writer, contributing regularly to The Brooklyn Rail. Furthermore, the artist is the founding director of Beautiful Fields, an organization dedicated to socially-engaged curatorial projects. He is currently teaching at the Parsons New School of Design in New York City.
He lives and works in the NYC area. Born in 1958, the artist became interested in drawing at an early age. His talent was encouraged within his family and he eventually enrolled Ramapo College in New Jersey, earning a BFA in printmaking in 1980. In 1996, the artist obtained his MFA in painting from Hunter College. As an undergraduate student in his twenties, he was influenced by both art and literature, especially by the works of the artist Robert Smithson and the poet William Carlos Williams who both lived a formative and meaningful part of their lives in NJ, where McGlynn grew up.The painter utilizes a language of forms he receives from his physical environment. Inspired by signs, logos, architectural patterns, and other contemporary visual patterns and shapes, he offers new, pared down interpretations of common imagery. His style is ostensibly formalist, or, more accurately, post-minimalist, but beyond these labels, he conceives of the work in terms of their immediacy and phenomenal (optical and tactile) presence. He rigorously hand-paints his works, slowly applying layers of acrylic to wood panel, canvas or paper. At first glance, the work may appear to be too precise to have been hand-painted, but a closer look reveals brush strokes and subtle tactile shifts left by the artist's hand. The structure of his current body of work is mostly determined by the rectangular format of the support. The artist prefers to keep things formally simple in order to derive an implicit complexity of meaning, thereby opening up the ontological experience of the artist to his viewerâÃ Ã¶âÃâââÃ Ã¶âÃ«âÃ Ã¶Â¬â¢s own.The imperfect-although meticulously made-forms created by McGlynn's technique evoke something modern, controlled, familiar, and simultaneously in flux. He is currently working on a new body of paintings that develop and extend the artist's interest in the simple gestalt experience of enculturated experience and memory. Additionally, the artist has continued to assemble a vast array of quotidian photographs that serve as a notebook of his daily formal interactions with architecture, signage and local color. The NYC-based artist is interested in phenomenology, the study of the structures of human consciousness as they are revealed through experiences. By abstracting common contemporary forms, reordering them in a way intended to evoke an emotional response, he is engaging in what he describes as "a form of contemporary realism."The artist calls the sum total of the culture's visual landscape, including the media, architecture, advertising, and various elements of the urban backdrop, the "accumulated sediment of mediated consciousness." He works with this "sediment" as a raw material, abstracting it and capturing the resulting imagery, isolating it in time and space. The maximal potential ends of the totality of visual experience are made possible in the artist's work through minimal means.He counts Kasimir Malevich, Ellsworth Kelly, Mary Heilmann, Barnett Newman, and Peter Halley among his artistic influences. McGlynn has also been influenced by a growing up in post-WWII America and its specific zeitgeist - described by Cady Noland as a specific, gestalt experience âÃ Ã¶âÃâââÃ Ã¶âÃ«âÃ Ã¶Â¬Â® as well as other contemporary artists such as Olivier Mosset, Rachel Whiteread, Sadie Benning, Jacob Kassay, Mona Hatoum, Doug Ashford, David Hammons and Liam Gillick, among others. The artists paintings are included in several permanent institutional collections, including the Victoria and Albert Museum in London, the Whitney Museum, and MoMA in NY. The artist has exhibited widely and participated in numerous site-specific installations and group projects throughout the US. In December 2015, his amazing oeuvre was included in the show Seltsame Kinder at Maniere Noire in Berlin. His pieces have appeared on the cover of Artforum and his exhibitions have been reviewed in the New York Times. In the fall and winter of 2016, his latest paintings will be included in Reunion, a show at QuadArt Dornbirn, Dornbirn, Austria and The Orange Show at Kilroy Metal Ceiling space, in Brooklyn, NY. Rick Wester Gallery, New York City less