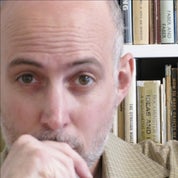 Click follow me to be notified about new products from this shop. You are now following WEINBERG MODERN

Larry Weinberg graduated from Amherst College, where he was a member of Phi Beta Kappa, with degrees in English and American Studies. After curatorial engagements at the Brooklyn Museum, Historical Deerfield and other institutions, he was awarded a fellowship by the distinguished Hagley Program in the History of Technology.

In 1989, the nascent mid-century design market piqued his academic interest and he spent the next five years researching in Delaware and Princeton, while cutting his teeth in the field. In 1994, he co-founded Lin-Weinberg Gallery, which quickly became a destination for celebrities, designers and wide-ranging clients from tech companies to film studios. During its tenure in Soho, and later in Gramercy Park, the unique, intellectually rigorous programming of the gallery contributed substantially to the scholarship of modern design and witnessed its meteoric ascent in the market. The critically-acclaimed 1997 exhibition "Edward Wormley: The Other Face of Modernism" was responsible for inducting the designer into the modernist canon. Lin-Weinberg also exhibited annually at the Park Avenue Armory "Modernism" fair, a precursor to today's TEFAF and Salon.

In 2009, the Museum of the City of New York presented, in conjunction with their blockbuster Eero Saarinen show, a dedicated exhibition of the Lin-Weinberg collection, "The Future at Home: American Furniture, 1940-55". This was a collaboration virtually unheard of for a non-profit cultural institution, and a testament to Larry’s academic and curatorial pedigree.

In that same year, Larry opened his own gallery under the name Weinberg Modern, and returned more to his scholarly roots, reflected in his offerings of not only iconic examples of modern design, but more important, singular and exceedingly scarce artistic creations with prominent institutional history and extensive academic provenance. In addition, he has written chapters for two monographs, regularly spoken on panels, and served as a columnist for Interior Design Magazine, a platform he has utilized to advocate for many previously marginalized designers.