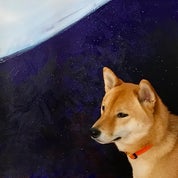 Click follow me to be notified about new products from this shop. You are now following TOW STUDIOS INTERIORS LLC

Based in Portland, Oregon. Tow Studios was founded in 1995 by Peter Tow asid.
Tow Studios specializes in luxury modern interior design in the Pacific Northwest, California, New York City, and Asia. Peter Tow earned a Masters degree in Advanced Architectural Design from Columbia University and a Bachelor of Architecture degree from the University of Oregon.

The Firm has won numerous awards including the 2008 Restoration Award from the "Friends of the Upper Eastside Historic District", First prize in the International Store Planners/Visual Merchandising and Store Design competition and numerous kitchen design awards including national second prize in Sub/Zero Wolf Kitchen Design Contest . Peter Tow has also made several national TV appearances for "HGTV" and his work has been published in numerous periodicals including "NewYork Magazine" and "Interior Design" and publications such as "Minimalist Lofts", "Lofts, New Design for Urban Living" and "The New Apartment".