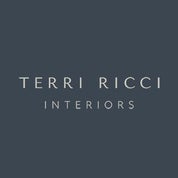 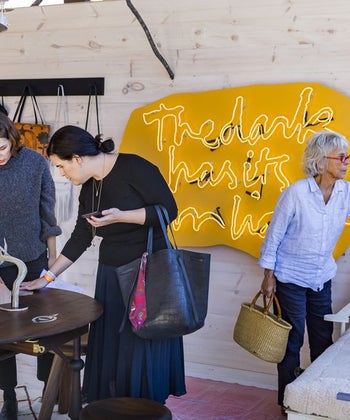 HERE'S WHAT YOU CAN EXPECT TO FIND AT THE FAIR: Designers dish on their best Field + Supply finds. “A round coffee table from Wyatt Speight Rhue that’s now in my office.” —Terri Ricci Written by: Hadley Keller | Photography by: Scott Rudd 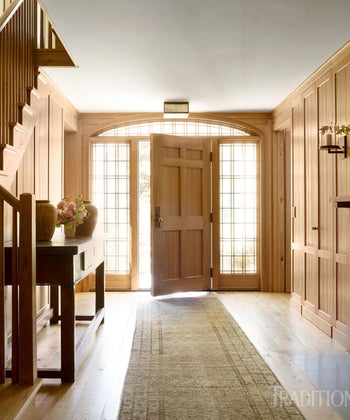 Sometimes three truly can be the magic number. When architect Thomas Kligerman took on a renovation in Greenwich, Connecticut, he hit the design trifecta. The Colonial Revival house had existed as three very separate entities. Originally built in 1898, the house had been added onto significantly—once in the 1920s and again in the 1980s. While still a handsome home, the property was suffering a multiple personality crisis. Its Colonial details didn’t dovetail with the large 1986 addition, and interior flow was nonexistent. “It was a beautiful house for the most part,” Kligerman says. “But it felt like a series of passageways that never arrived in any particular room.” Although the homeowners wanted to keep the original charm, they needed a home that would accommodate their family of six. And, believe it or not, Kligerman saw the episodic nature of the property as an inspiration. “I love the fact that this was three different houses in one,” he says. “It’s difficult to design a house with such a looseness and genuineness when you start from scratch.” To resuscitate the home’s once enchanting nature, Kligerman began by tackling the problem child—the 1986 addition. By retaining the footprint but removing the addition, Kligerman was able to design a new space that felt in keeping with the rest of the house. “The entry felt frail and fussy,” architect Thomas Kligerman says of its pre-renovation form. “Now it is more in character with the home’s history but stripped down and sculptural.” Written by: Jenny Bradley Pfeffer | Photography by: William Waldron 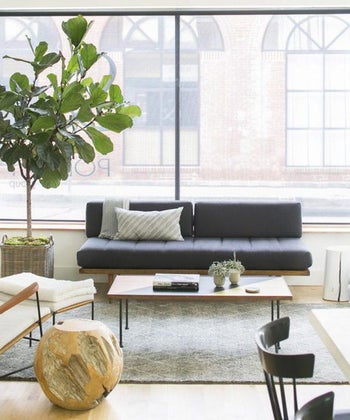 Spring Decorating Tips According To The ProsForbes - March 2018

"Greenery is a must for any interior; it literally brings life into a space. Don't overestimate your green thumb, though. The fiddle leaf fig you see in this room may not be the right plant for your room, given lighting and temperature conditions. When it comes to choosing greenery, consult the experts." — Terri Ricci Written by: Dering Hall | Photography by: Neil Landino 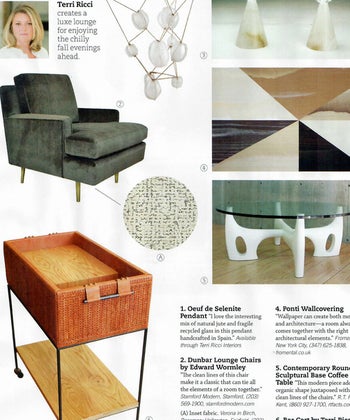 Curl up with a good book, enjoy a cocktail, or simply indulge in a leisurely conversation with a friend in this luxe lounge designed by Terri Ricci.