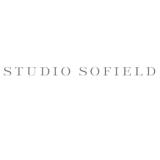 Click follow me to be notified about new products from this shop. You are now following Studio Sofield

A Modernist by temperament and a Historicist by training, William Sofield believes that design must live as well as it looks. His work is characterized by a holistic approach to design that encompasses the requirements of living and a response to locale. Materials and architectural details take their cue from the context of the project at hand, with careful consideration for function and a client’s individual personality and needs. His work is made to improve with use and age, becoming places of memory and legacy.

In 1983, Mr. Sofield received his degree in Architecture and Urban Planning from Princeton University, following an academic focus on Art History and European Cultural Studies. In 1984 he completed the Whitney Museum of American Art’s Independent Study Program in Art History, and was later honored as a recipient of the Cooper Hewitt National Design Award for Interior Design in 2010. Among other awards, in 2014 Sofield was honored by Fashion Group International for his work in interior design at their annual Night of the Stars event.