Click follow me to be notified about new products from this shop. You are now following Penny Drue Baird - Dessins LLC 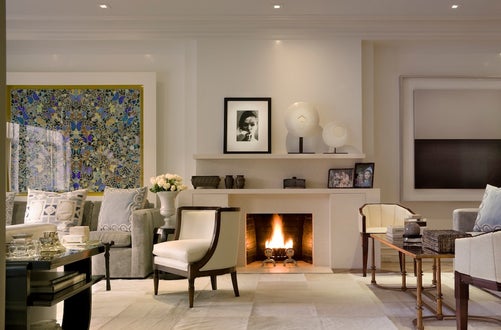 Ms. Baird creates atmospheres filled with architectural detail, warmth, and sophisticated charm. She is known for her in-depth knowledge of sources, and divides her time between her offices on Madison Avenue and her outpost in Paris. Dedicated to creating highly personalized homes for her clients, Ms. Baird inspires her creativity by traveling through parts unknown in relentless pursuit of unique, fine furniture, objects d’art, and cutting edge new design furnishings that her clients will not see in other homes.

dessins’ work is eclectic in the true sense of the word, blending different styles, mixing a cocktail of her clients’ dreams and way of life. dessins likes to think of its work as ‘couture,’ completely tailored to its clients and their objectives. Whether Traditional, Casual Chic or Minimalist, dessins realizes its clients’ fantasies.

Baird has been named to Architectural Digest’s list of the Top 100 Architects and Designers world-wide for the past 20 years, she has also been named to Luxe magazine’s gold list. She has been featured and quoted in more than 200 magazines, newspapers and books both in the U.S. and internationally. In October 2008 Random House released Baird’s first book, BRINGING PARIS HOME. The second book, THE NEW FRENCH INTERIOR, was released by Random House in September 2011. Her third book, DREAMHOUSE, was released in April 2015.