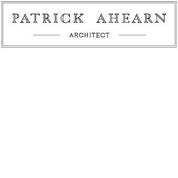 Click follow me to be notified about new products from this shop. You are now following Patrick Ahearn Architect

<div>Celebrated as one of America’s top classical architects, Patrick Ahearn — a Fellow of the American Institute of Architects — began his career with ambitious adaptive-reuse public projects, and for the past 25 years has focused primarily on historically motivated, site-sensitive private residences in New England. Raised in Levittown, New York, and based in Boston for the past four decades, he received degrees in architecture and urban design from Syracuse University. <br><br>A master of vernacular architecture styles, Ahearn develops his schemes based on decades of careful study and extensive knowledge of historic and regional context. Whether restoring landmarked century-old townhouses in Boston’s Back Bay or creating new homes that reinterpret the local vernacular of Martha’s Vineyard, Ahearn demonstrates an unparalleled ability to combine the romantic aesthetic of traditional architecture with the philosophical ideals of modernism. Through the practice of what he refers to as “narrative-driven architecture,” he creates a story line for every home he restores, renovates or builds from the ground up. This scripting gives his buildings a sense of implied history, and at the same time lets them expand in scope and plan to contain the various needs of 21st-century living. Sensitively balancing historic preservation with contemporary innovation, Ahearn’s timeless houses feel deeply connected to the stylistic character of their locales, even as their programs and plans celebrate how we live now. <br><br>Today, he oversees a firm of 12 designers working in studios in Boston’s Back Bay and in Edgartown, on Martha’s Vineyard. He and his work have been featured in numerous magazines and newspapers and on HGTV. </div>