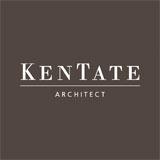 Click follow me to be notified about new products from this shop. You are now following Ken Tate Architect

Architect Ken Tate’s passage through education, internship and early employment in his chosen field, finally culminating in the establishment of his own Mississippi-based practice, can be described as a Classical journey. When he completed his Bachelor of Architecture at Auburn University, a bastion of 1970s modernism, Classicism wasn’t even on the table as a valid approach to present-day design. Post-Modernism was coming into vogue, however, popularizing the occasional use of isolated Classical elements—often with irony or as surface decoration. “The Post-Modernists helped me find my voice, because they were rebelling against Modernism,” says Tate, “but they didn’t make a pure leap. They wanted to say something about Classical architecture, but still appear to be Modern.”

Unlike these architects, Tate was drawn to engage more profoundly with the Classical, archaic, and vernacular roots of architecture. These origins fed him on a spiritual level, as well as an aesthetic one, inspiring the title of his thesis: Architecture in Search of A Soul. Bringing Karl Jung’s ideas of archetypes that speak the universal language of the collective unconscious to his understanding of past architecture and his own creative process, Tate established the foundation for his future work. “To bring beauty out of ugliness, order out of chaos, and something new out of passion,” was the ambitious student’s goal, and one that still informs the mature architect’s practice.

Not long after Tate completed his formal education, the New Classicism movement arose. Advocating a faithful approach to reviving the Classical tradition, the movement’s leaders called for the study and practical application of forms, proportions, and decorative motifs from Greco-Roman, Renaissance, and Neoclassical architecture. In 1992, the Institute for Classical Architecture was founded with the goal, in the words of an early alumnus, of teaching students “to produce traditional and classical architecture in an informed and rigorous way.”

Although Tate was later to become associated with this movement, his early work revealed a fascination with outsider architecture and the vernacular. Having interned with Bruce Goff, famed for his creative free association and use of borrowed materials, Tate later joined fellow Auburn graduate, architect Sam Mockbee, in Jackson, Mississippi. Describing Mockbee as “a wild, creative person,” Tate served as his head designer many years before Mockbee went on to form the Rural Studio. From these two mentors, Tate learned the practical, architectural applications of unrestrained imagination.

Before starting his own firm in 1984, Tate practiced briefly with Texas architect Richard Davis, whose philosophy celebrated the pluralism of historical architecture. Tate describes his work with Davis, during which he participated in the design of large residences drawing from a range of styles, as an important turning point in his career. “Richard’s work expressed an inclusive approach to the language of traditional architecture, which was very inspirational to me when I started my own practice,” says Tate. During his tenure with Davis, who worked extensively in the early-twentieth-century neighborhood of Highland Park, Tate also discovered another source of inspiration: Colonial Revival architecture.

Twenty-five years later, when Tate is asked to name his favorite period or style of architecture, he invariably points to the rich eclecticism of early-twentieth century America. Whether discussing the Colonial Revival houses in America’s first suburbs or Addison Mizner’s exuberant Mediterranean fantasies in Palm Beach, he praises the fluidness of style and sense of ease exhibited by these dwellings. “The architects of this movement created remarkably original work within the genre of tradition,” says Tate,

By the time he formed his own firm, Tate was ready to put all these lessons into practice, creating an intuitive, open-ended approach that draws upon a wide range of influences, from ancient to modern, and high style to vernacular. “I don’t know if I’m doing anything differently from what’s been done before,” says Tate, “but there aren’t a lot of people doing it this way. I follow intuition, and I’m not afraid to do something that is needed for a project, even though it may have nothing to do with authenticity.”

While New Classicist architects were approaching antique prototypes in a purist fashion, Tate was asking, “What is authentic? If you have the whole history of classical architecture to choose from, it’s up to the architect to make it work.” This inquiry has informed a wide variety of residential projects, from near faithful interpretations of Federal and Georgian styles to unapologetically eclectic dwellings that marry the Classical and with the vernacular.

According to Robert A.M. Stern, an advocate of New Classicism: “the past is a rich terrain that can be reoccupied, but with that reoccupation comes an obligation to give back, that is to interpret and reinterpret.” Tate’s open-minded approach to employing the wealth of historic styles fulfills this mandate, revealing the vitality, versatility, and beauty with which they can be employed.