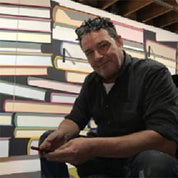 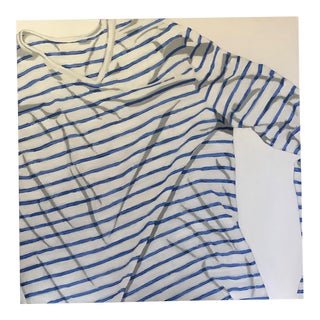 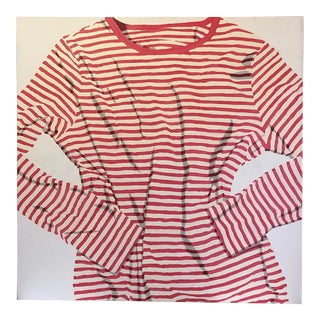 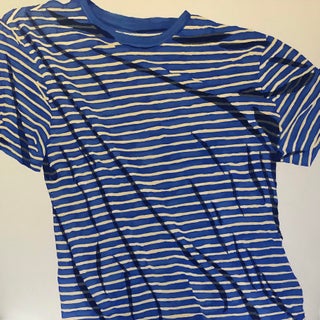 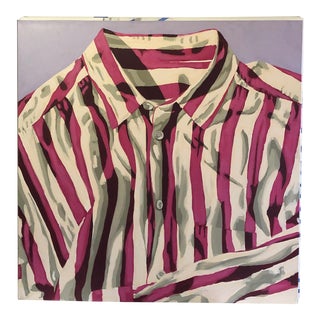 Never miss new arrivals that match exactly what you're looking for!
Jeff Robinson

After studying sculpture at Kansas City Art Institute, Jeff Robinson shifted his focus to painting, stating, “The change in medium suited my temperament. Painting allowed me to get to ideas quicker.” He stayed in Kansas City throughout the ‘80s participating in the burgeoning art scene at the Random Ranch, Left Bank and Dolphin galleries. Completing a decade of work in the Midwest, Robinson was ready to move back East. In 1992 he was living in New York City and painting at a prodigious rate. His figurative work took a backseat to symbols - flags of his own invention and a growing personal iconography of keys, horses and bridges among others. The works were “adulations of symbols, odes on objects.” Building up a canvas in layers of paint and then coaxing an image from this rich surface, the work took on an almost sculptural quality.

Within his first months in New York, Robinson began exhibiting at the Meisner/SoHo Gallery. Concurrently, New York was experiencing a rebirth of art and Robinson was invited to exhibit with GenArt, Oracle and the Project Room of the Jason McCoy Gallery on 57th St.

In 2020, the world changed. Shaken by the unknown, Robinson’s work changed, the imagery was dark (tidal waves, blimps, traffic) and his palette too. Sifting through old photos from generations ago, he was struck by the idea of “the good ol’ days.” Looking at a particular photo circa 1920 of a group of friends gathered for cocktails at a swank supper club, he felt nostalgic – not for the particular event but for easier times. Times when friends gathered seamlessly. This inspired the switch from dark to light, to depicting celebrations, happy moments, simple moments with an uncomplicated palette reminiscent of the black and white photo. Robinson remarked, “The point of this series has as much to do with the subjects I’m painting as the method I employ to paint them. Both subject and technique harken back to a less cynical time.”