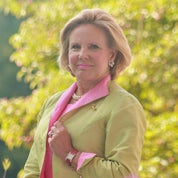 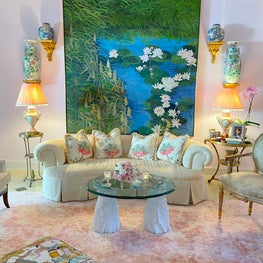 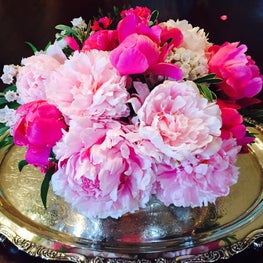 By using a silver tray under an elegant flower arrangement, you are enhancing the overall colourful vision. 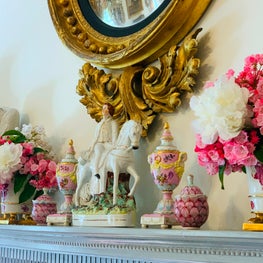 Collections of Staffordshire and Chineese import porcelains, will complement a historic mantlepiece. 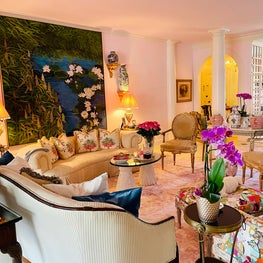 Pale pink walls in the living room contribute to an inviting atmosphere. Vases on wall brackets adds dimension to a room. 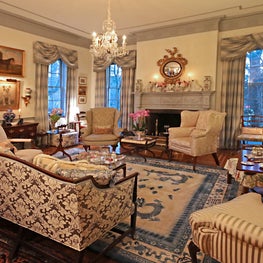 This room looks like it is just blue and white but in actuality, it has over 17 different fabrics intermingled with American and English antiques! 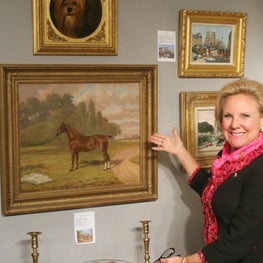 As the keynote speaker at the Winnetka Antique show outside of chicago, I enjoyed discovering unique pieces for my clients before my presentation. 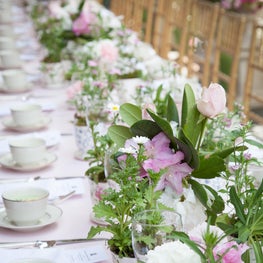 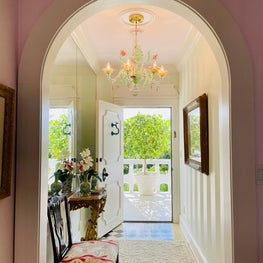 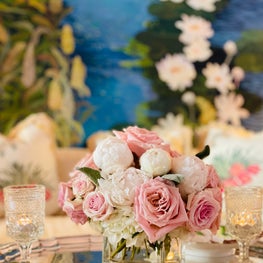 A lovely arrangement of peonies and roses on a silver tray brings the art on the walll to life. 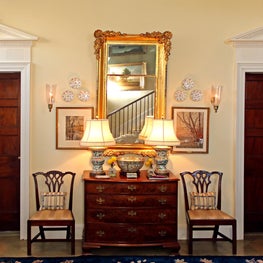 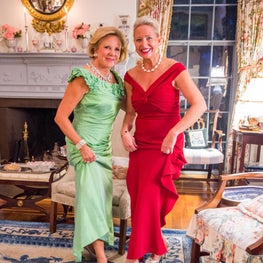 With my daughter-in-law, Karen Holden, celebrating another joyus moment together! We adore working together in my design buisness. 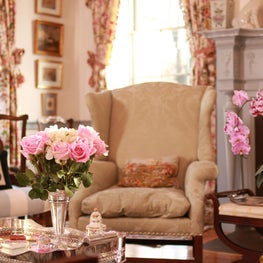 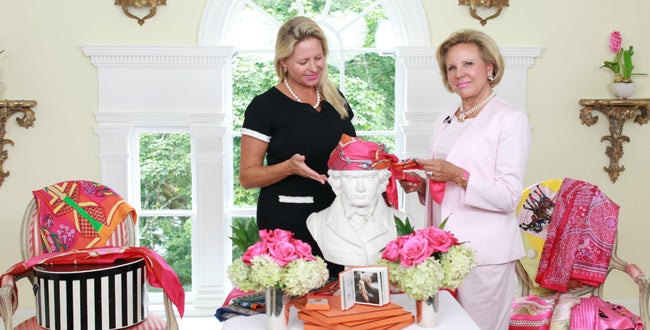 Since 1989, Holly Holden & Company, Ltd. has specialized in classic, old-school interior design: timeless, tailored, and elegantly understated. Holly Holden is an Allied Member of The American Society of …

Since 1989, Holly Holden & Company, Ltd. has specialized in classic, old-school interior design: timeless, tailored, and elegantly understated. Holly Holden is an Allied Member of The American Society of Interior Designers (ASID). She is passionate about tradition and has been referred to as an expert and the "Connoisseur of Interior Design" because she introduces refinement to every project she undertakes and enjoys sharing her knowledge.

Holly and her daughter-in-law, Karen Holden, believe an inviting interior comes from "within" and looks effortless. They strive to celebrate the importance of genteel charm in every home, ensuring that rooms convey comfort and that the family and friends who fill them are more important than the objects they contain. Her national and international interiors reflect the stories, backgrounds, and private collections of her clients. Holly and Karen are now offering personal e-design consultation by appointment by phone or virtually.

Holly created and hosted the television series You Are Cordially Invited, which premiered in 2016 and made its national debut on American Public Television 2018. The show recently received a nomination for a NATAS Emmy Award. The show features masterpieces, houses, and advice for decorating. More episodes are currently in development.

In 2013, Holly published her first book, The Pretty and Proper Living Room. Her second book, Holly Holden's Pearls of Palm Beach, debuted in 2021. Holly has appeared several times on HGTV: Interiors by Design, in national magazines, and in several prestigious Show Houses. Her interior design efforts on her own home, Fox Hall, c. 1803, have been showcased in the 2008 book, Great Houses of New England (Rizzoli). In addition, Fox Hall is recognized on The National Register of Historic Places, and its gardens were documented for The National Archives of The Smithsonian Museum in Washington, D.C., 2010.

Join Holly as she shares her design expertise on her YouTube channel here. In addition, you are invited to receive her weekly newsletter, Secrets To Lovely Living, about the secret nuances of etiquette too!