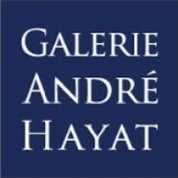 Are you looking for something specific?

André Hayat was a collector before becoming an art dealer. His passion began in 1976 at the beginning of the interest in the market for French 20th-century furniture.

He was born Egypt, where he had the opportunity to visit Jean Royere’s gallery in Cairo, as well as houses owned by his mother’s friends decorated by Royere.

His passion as a collector made him go from fashion into the Antiques business in 1990, at Paris Flea Market, where he sourced rare pieces by Jean Michel Frank, Jacques Adnet, Gilbert Poillerat, André Arbus, André Sornay, and his favorite artist, Jean Royere. He collected and sold to the best galleries and collectors in the world, beginning in the early 1990s.

He opened his gallery in Paris at 23 rue de Lille on the Parisian left bank in 2008, where he now specializes mainly in the works of Jean Royere, as well as Jacques Adnet, Mathieu Mategot, and all the best French designers of the 1950s.