Click follow me to be notified about new products from this shop. You are now following Amy Kartheiser Design 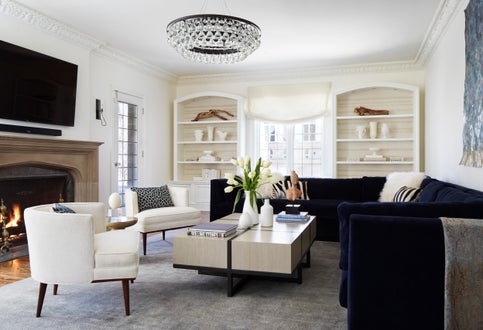 Amy Kartheiser is a Chicago North Shore based Interior Designer. She has an eye for detail, layering and infusing traditional and modern. She likes to create an inviting, personal and livable environment. She believes in collaborating in a team environment where all involved on the project share the same vision of creating a beautiful space that is on time, on budget and pleasing to the client. Amy has been featured in numerous publications including: Luxe, Chicago Modern Luxury, NS Modern Luxury, Chicago Home & Garden, Crain's Chicago Business and more.

Amy grew up with design in her blood. Her mother was an Interior Designer who allowed Amy to sit in her office as she was pulling together projects for clients. Amy would spend hours scouring through design magazines at an early age and eventually designing her own bedrooms.

Despite her love of design, Amy did not formalize her design career until 2001 when she actually partnered with her mother as a mother/daughter design team. Prior to that Amy took a career in sales, which she strongly believed helped her with the proper skills in managing her clients and their projects. Amy prides herself on her communication skills, customer service, managing client budgets and meeting key project deadlines. Her design process is: listen, design and follow-through.

Amy attended Purdue University (BA) and is currently obtaining a second degree at Academy of Arts University. She resides in Chicago with her husband, a Private Wealth Manager, and their two children.