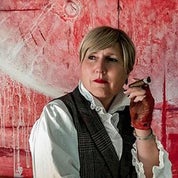 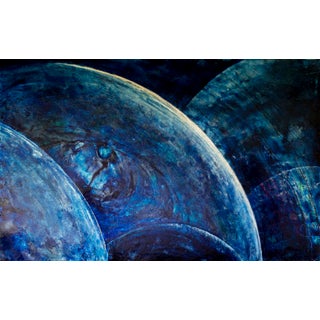 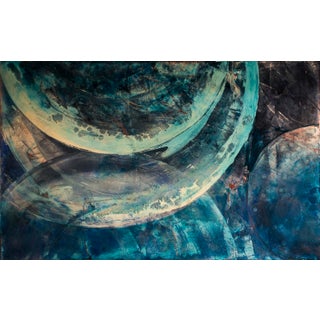 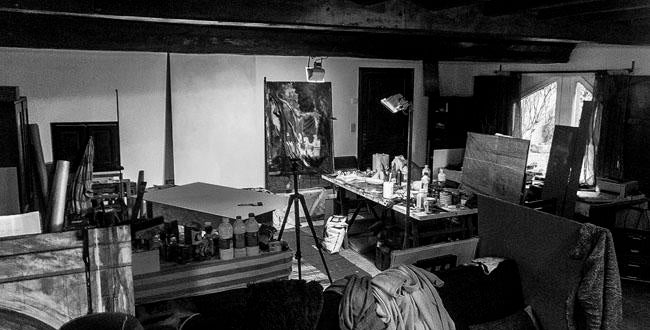 My atelier/gallery (The Art Haus) is located in the countryside of Normandy and, as a professional visual artist I have my French business identification (SIRET# Visual Artist Registration).
Since 2022 my artwork is supported by The Direction Régionale des Affaires Culturelles (DRAC, Regional Directorate of Cultural Affairs – Ministry of Culture) Normandy Region.
Permanent exhibition at the DOUBLET Art Gallery (Avranches), most of my work can be viewed at AlexandraPignon.com.
I have exhibited in France and the USA.

After land surveyor studies I joined an art school, the Académie Malouine d’Arts Plastiques in Saint-Malo from 1998 to 2004.

From 2006, I exhibited and sold my paintings and my pictures, and participated in solo and group shows in well-known venues in St-Malo.

In 2008, I moved to Pacific Grove, California and joined the fine-art photographers’ group of Cole Weston, ImageMakers of Monterey and applied with success to the Pacific Grove Art Center annual show. Unfortunately, I had to cancel because I needed to find immediate income.
I obtained a position in Hawaii in the land surveying department of an international civil engineering company.

Two years later, I modeled and attended drawing classes at the University of Hawaii and Community Colleges in Honolulu. In the meantime, I create a digital pinhole and develop with this tool my "Free_Lens" Project.
By 2011, I had finally decided to suspend my land surveyor career to pursue my work as a visual artist. But a long self-diagnosis which had begun in 2010 led me to commit to a gender transition.
The next five years were fully dedicated to my transition and the ultimate reassignment surgery.

In 2017, the transition completed, I moved to the countryside of Normandy in 2018. My time is now entirely devoted to developing artwork. And music composition made since 1982 has recently, with sculpture, become part of my activities.

I work on large formats with homemade glycerophthalic lacquers.

About PAINTING:
For few years now I am working with homemade lacquers on large formats. I like working on Kraft too. Close to watercolor, my work on Kraft is fluid, at least the first sessions. At a certain stage, I glue it on canvas and finish my work.
In contrast to these Krafts, my "Naked Walls" series consists of canvases whose surface is first altered by a mortar that I handmade in which I add female hormones.
This alteration of the surface is a preparatory work where the gesture is important and plays a determining role. Most of them are made of two different canvases to express the duality of my gender. I call them "Deep_Tychs”, a reference to the Deep House music flowing sometimes in my atelier.
For this work, I use house painter tools and techniques of that are dear to me, echoing my father's original trade.

About PHOTOGRAPHY:
Since 1984 I have been using computers, which are omnipresent in civil engineering offices. It was at the heart of my work, from measuring instruments to 3D modelling. In parallel, and since then, I also use it to compose my music. The digital race leads me more broadly to question the future of ordinary photography, the one I was in. Fearing to lock myself into a certain standardization, my nonconformism dictated that I break this trajectory. Like a revolt against this apparent modernity, I took the lens out of my camera body to make it a kind of pinhole depriving forms of separation. I add stretch film to it, diffracting the incoming light in a random way.
Two series are developed: “Free_Lens Project” and “Hybrids”.

CONCLUSION:
My painting work is influenced by geometry, industrial architecture and space atmosphere. Reminiscences of a past in civil engineering always find their place in my arrangements. Geometry retains an important place in my pictorial work. I like those compositional elements that, unlike my pinhole photographs, separate space. Music inspires my imaginary landscapes; my pictorial work expresses my trans identity through their passages and figurative obstacles that I describe in my Artist Statement. My digital work “Free_Lens Project” and “Hybrids” explore ambivalence as well.