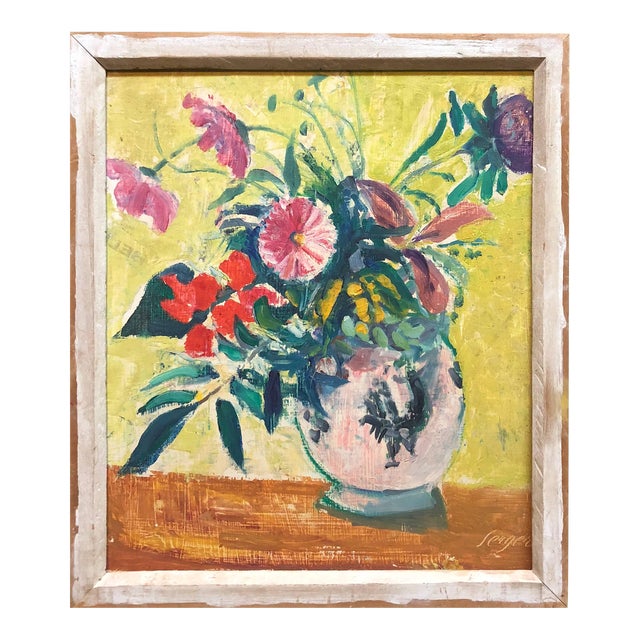 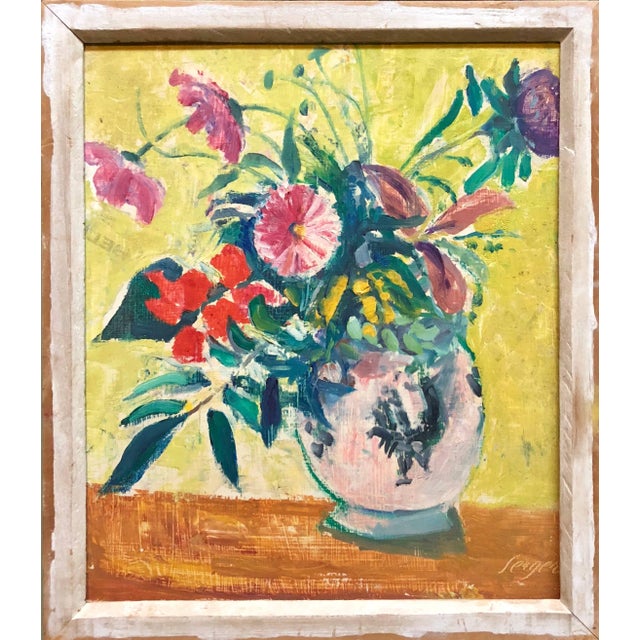 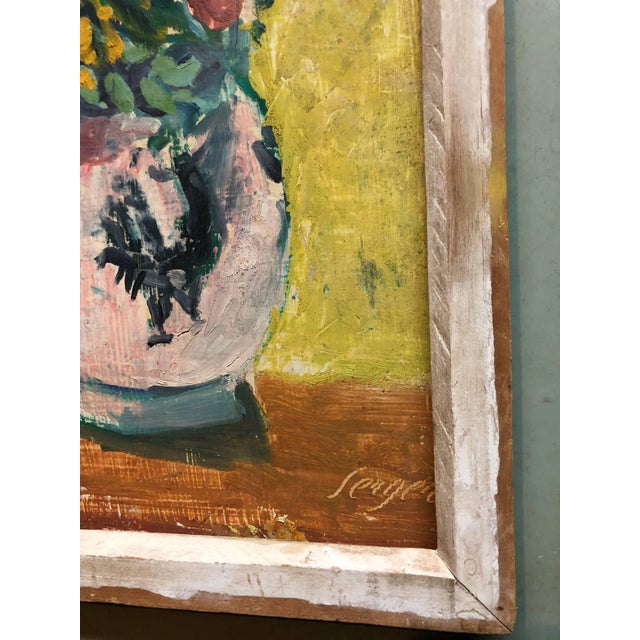 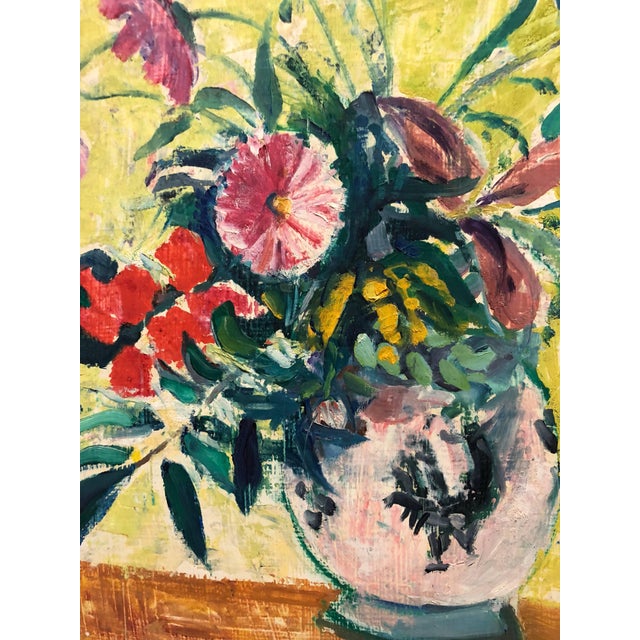 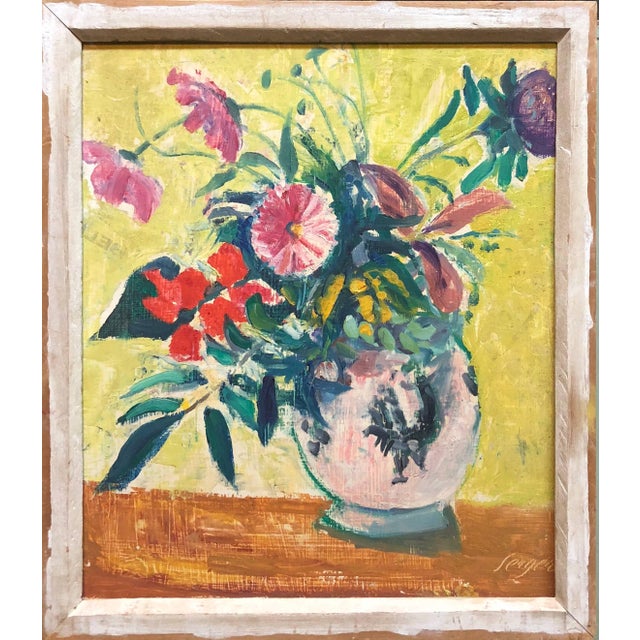 
Frederick Serger (given name Frederick Bedrick Sinaberger) was born in 1889 to a family of Jewish manufacturers in the village of Ivancice near Brno Moravia, a province of Czechoslovakia. Showing artistic talent at a young age, he attended art schools in Brno, Vienna, and Munich. During World War I, Serger joined the Austrian Army and served in the Balkans. Once his service ended, he traveled to Paris where he resumed his art training and eagerly joined the Ecole de Paris (School of Paris) artists’ movement. During this period, he was greatly influenced by the Impressionist, Post-Impressionist, and Expressionist movements.

While living in Paris, he met and married Helen Spitzer. Serger and his young wife moved from Paris to Scoczow, a city on the Polish-Czech border. They remained in Scoczow for 12 years and he continued to work as an artist, exhibiting in museums in Cracow and Warsaw, Poland. He also showed at the Paris Salon de Tuilleries and the Salon d’Automne with exhibitions protesting the French Academy’s Salon system. A high point in Serger’s career was an exhibition at the famed Bernheim-Jeune in Paris. The Bernheim-Jeune was known for displaying the artwork of premier artists such as Pablo Picasso and Paul Cezanne. Finally, in 1937, the City of Paris Museum purchased one of his paintings to be part of their collection.

During the onset of World War II, the Sergers moved several times, possibly in reaction to widespread Anti-Semitism during this period. They lived briefly in England, Panama, Guatemala, and Mexico. Finally, in 1941, they established permanent residence in Manhattan, New York. Serger set up a studio along 57th Street in Manhattan. Once again, he began painting prolifically and exhibiting his artwork in such prestigious galleries as Schoneman, Van Diemen-Lilienfeld and John Heller. His pieces were also displayed in major museums including the De Young Museum in San Francisco, the Museum of New Mexico in Santa Fe, the Springfield Art Museum and the Butler Institute of American Art in Ohio.
He studied art in Vienna, and in Munich with the Viennese Secessionists, served with the Austrian Army in World War One, went to Paris where he studied art and became part of the School of Paris (Ecole De Paris) movement, married Helen Spitzer, ( later Helen Serger owner of the Helen Serger, La Boetle Galleries in Manhattan) moved to Scoczow in Poland
until 1939, meanwhile exhibiting at many museums in Warsaw, Cracow, Salon de Tuilleries and at the famous Salon d'Automme, both in Paris regularly. In
1936 he had a one-man show at Salon and at Bernheim Jeune in Paris at a gallery historically noted for exhibiting many of the most important modern
painters such as Picasso and Cezanne. In 1937 the Museum of the City of Paris purchased a Serger from the Salon d'Automme. In 1939 he moved to
England and from there to Panama, Guatemala, and Mexico. In 1941 he established a studio on 57th St. in Manhattan and commenced a long career of exhibiting in New York Galleries such as, Lillenfelt Galleries, John Heller, Schoneman, a one-man show at De Young Museum in San Francisco and at the Museum of New Mexico in Santa Fe, at the Springfield Art Museum, and at the Butler Institute of American Art in Ohio; Serger participated in group
shows at the Mint Museum in Charlotte, Springfield Museum in Mass., Isaac Delgado Museum in New Orleans, Academy of Fine Arts in Hartford,
Norton Gallery in West Palm Beach, Carnegie Institute of Pittsburgh, Corcoran Gallery in Washington D.C., University of Illinois in Urbana,
Pennsylvania Academy of Art, Philadelphia, Detroit Institute of Art, Pennsylvania Academy of Fine Art, Philadelphia, Whitney Museum in New York andin countless other exhibits during the twenty-five years he lived and worked in New York. A listed Woodstock, NY artist. His biography is included in Who is Who in World Jewry and articles on his work appeared in many publications. FREDERICK SERGER HIS LIFE AND WORK by George Stiles
published by Schoneman, New York in 1962. He joined the Ecole de Paris (School of Paris) artists’ movement. During this period, he was greatly influenced by the Impressionist, Post-Impressionist, and Expressionist movements. less