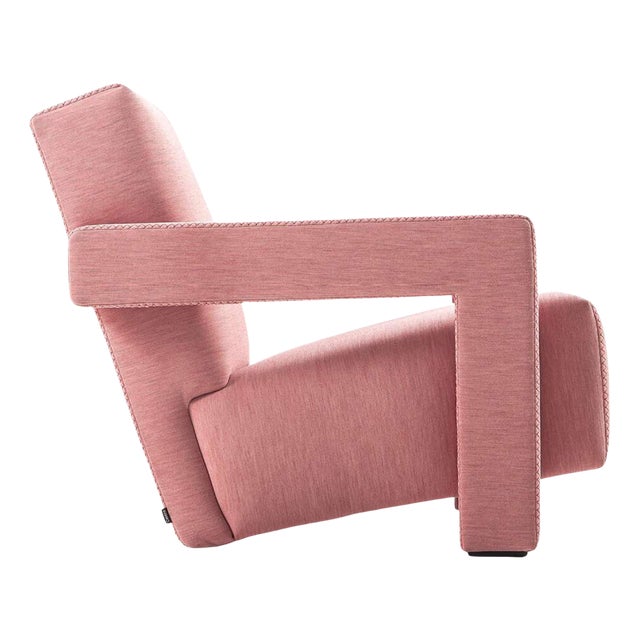 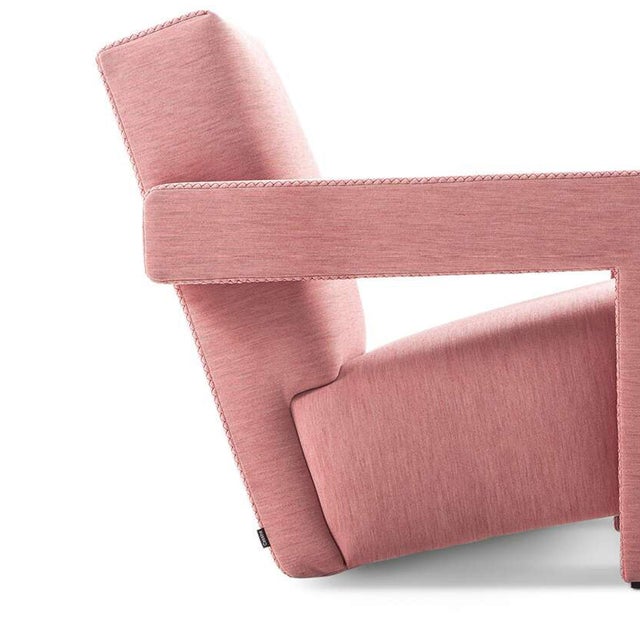 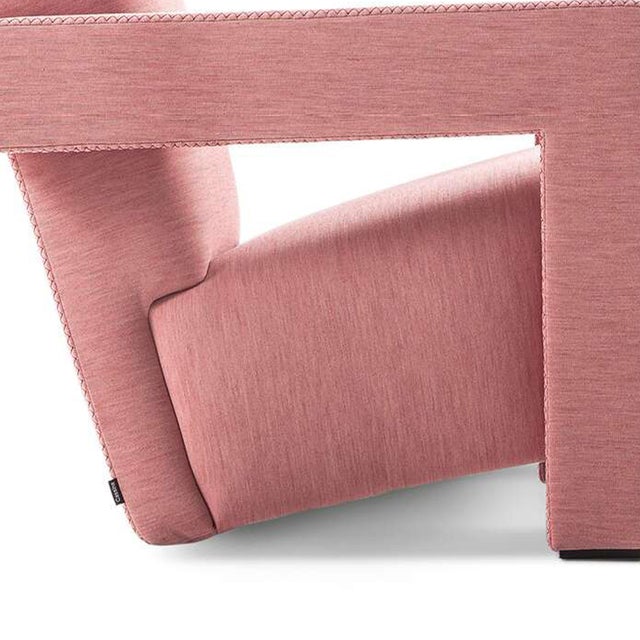 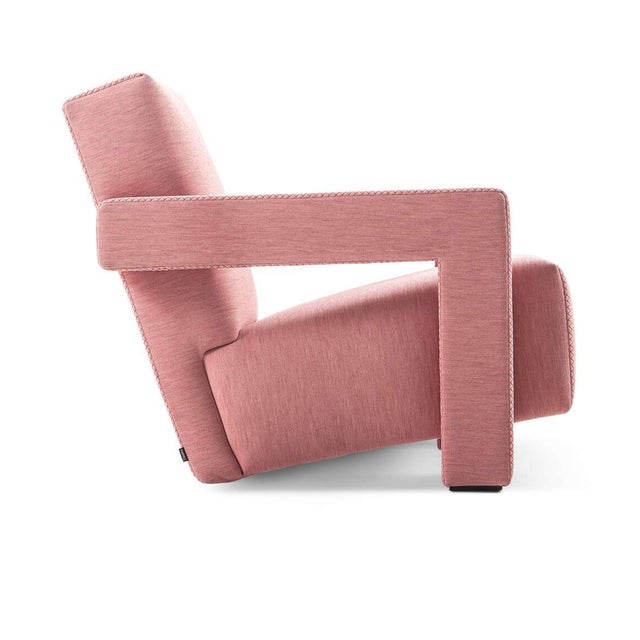 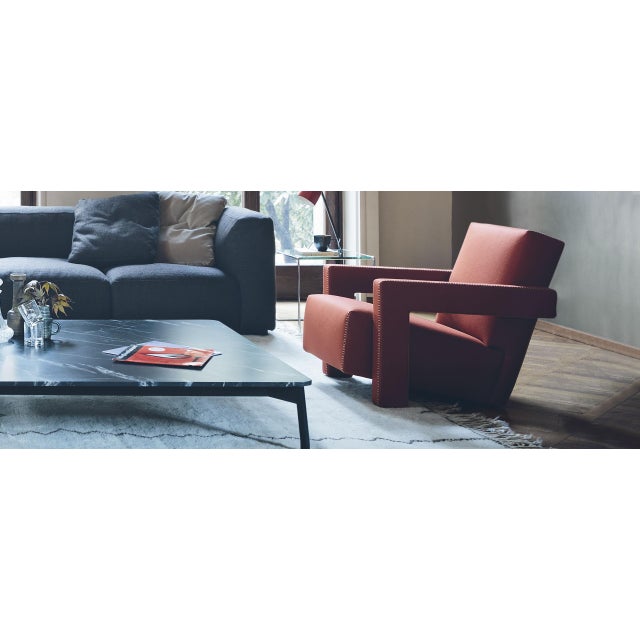 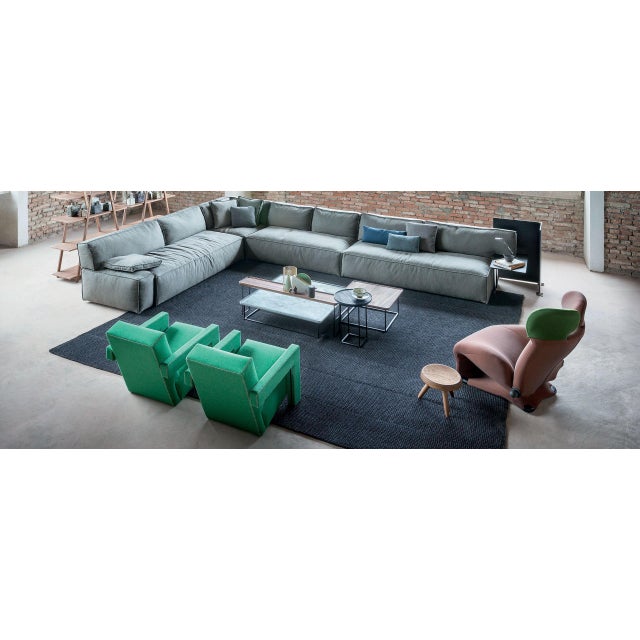 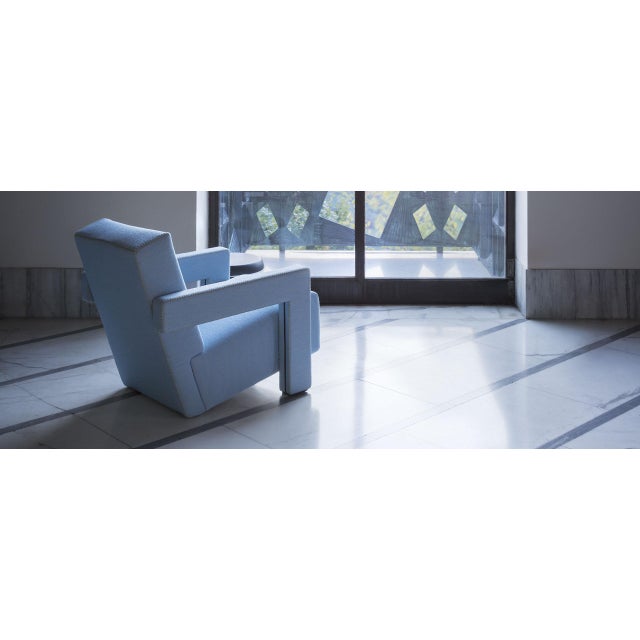 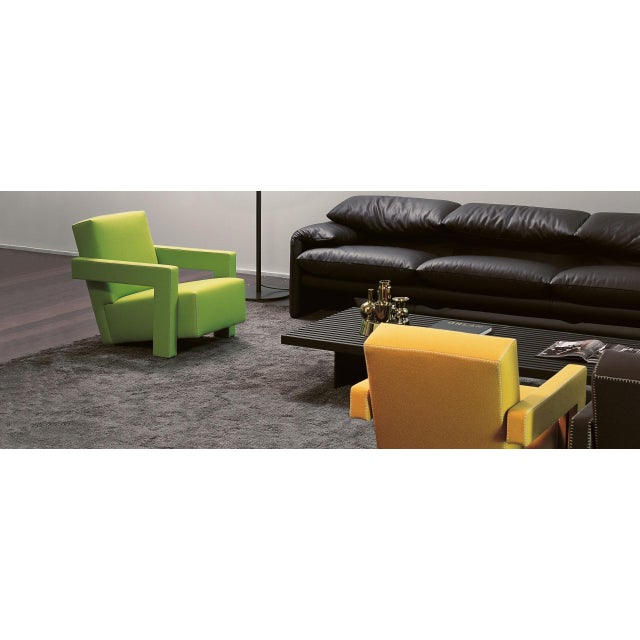 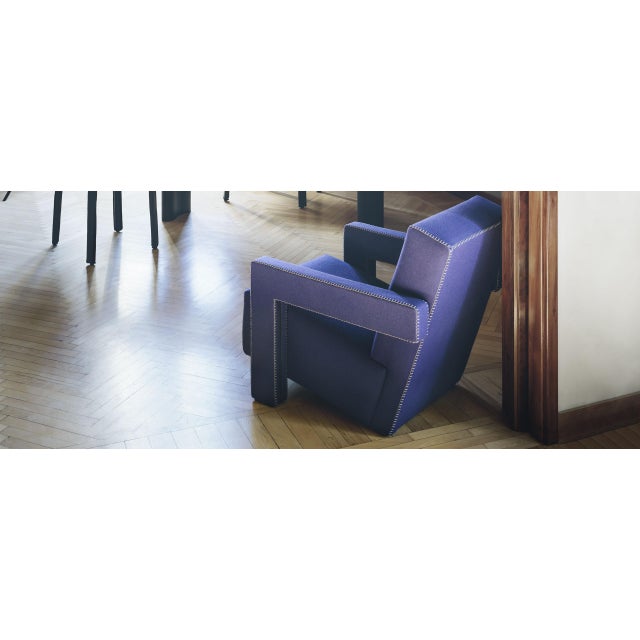 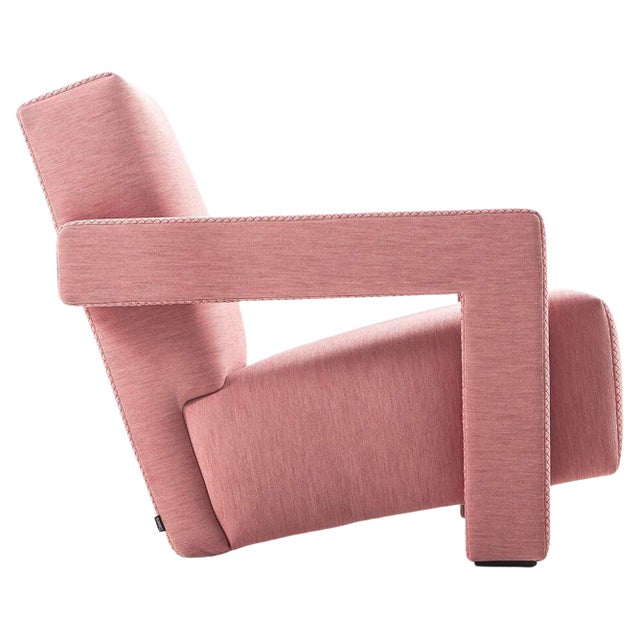 Armchair designed by gerrit thomas rietveld in 1935. Relaunched in 2015. Manufactured by cassina in italy. Gerrit t. Rietveld came … moreArmchair designed by gerrit thomas rietveld in 1935. Relaunched in 2015. Manufactured by cassina in italy. Gerrit t. Rietveld came up with the design for the utrecht armchair in 1935 while working for the metz & co. Department store in amsterdam, where his brief was to make a chair for serial production. Taking market needs into account, while privileging a comfortable and relaxing experience, led to the elements of the chair being treated as separate units. As a consequence, the chair became an icon of both the neoplastic movement, and of rietveld’s experimental vision. The chair is also available in fabric or leather, with blanket or zig-zag top-stitching, in both cases in five colors. Important information regarding images of products: please note that some of the images show other colors and variations of the model, these images are only to present interior design proposals. The item that is selling is on the first image. Important information regarding color(s) of products: actual colors may vary. This is due to the fact that every computer monitor, laptop, tablet and phone screen has a different capability to display colors and that everyone sees these colors differently. We try to edit our photos to show all of our products as life-like as possible, but please understand the actual color may vary slightly from your monitor about the designer: gerrit thomas rietveld (24 june 1888–25 june 1964) was a dutch furniture designer and architect. One of the principal members of the dutch artistic movement called de stijl, rietveld is famous for his red and blue chair and for the rietveld schroder house, which is a unesco world heritage site. In 1934 rietveld designed a first series of crate furniture, consisting of an armchair, a small bookcase and a small table. These were items for which the appearance was largely dictated by the application of standard lumber size planks for different parts of the furniture. The choice of using standardized industrial products was motivated by rietveld’s aim to make furniture production more efficient. The furniture is almost completely built from firewood planks with a width of, circa 15 cm. A constantly recurring, distinctive wide chink is left between the planks. Dry joints connect the components with brass screws, which are left visible. At this time this type of wood and construction method was used for packing crates, hence the name of the series. The radically simple crate furniture was heavily criticized by some contemporaries, because of the lack of traditional workmanship. Rietveld defended his designs by saying that traditionally produced furniture was transported in crates to avoid being damaged. It was obvious to him that the packing material was stronger, and therefore better, than its content. After 1935 much more crate furniture followed, including various chairs, tables and stools. After producing them in his own name for a while, the crate furniture was sold by metz and co. Under the name ‘weekend furniture.’ because of the simple appearance and the relatively low price they were most suitable for holiday homes. About the manufacturer: in a continuing dialogue between past, present, and future, cassina has created the i maestri collection, revisiting furnishing designs by the twentieth century’s best-known architects, including le corbusier, pierre jeanneret, charlotte perriand, charles rennie mackintosh, gerrit thomas rietveld, franco albini, frank lloyd wright and marco zanuso. While the designs and functional concepts have been precisely preserved, the models have been manufactured using evolved technology. This is also the company that has manufactured iconic pieces of contemporary design from the 50’s to the present day, ideated by some of the most important international designers. Today cassina continues to look to the future of design with audacious, passionate curiosity and an open, holistic approach. It affirms its exclusive ability to furnish a home’s living and dining spaces completely and iconically with the cassina perspective: a concept, a philosophy, an informed, futuristic thought. A detailed, expansive horizon of combinations; when placed together, the products have an innovative soul and the modern icons create authentic, welcoming, personal atmospheres involved in a conversation dominated by a code of design excellence, formal sensitive awareness, solidity and cultural authority. less