Fill Your Carts for Our Fall Sale!
Are you an interior designer? Join our trade program to enjoy exclusive benefits!
Discover Designers: View the Designer Directory 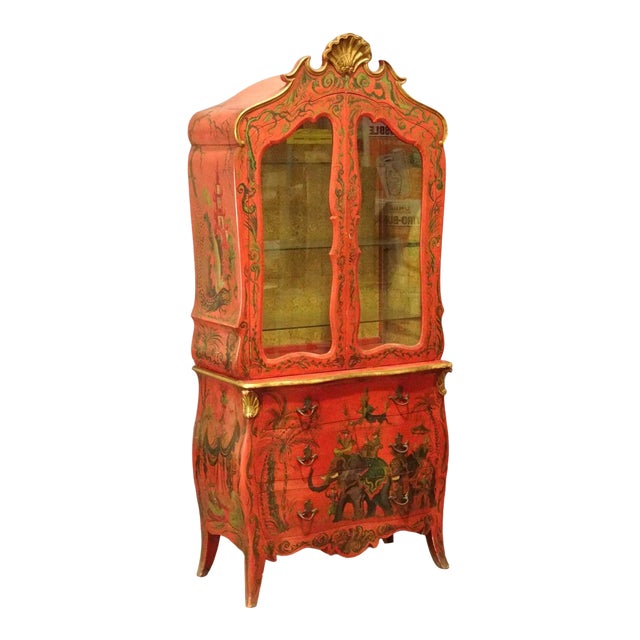 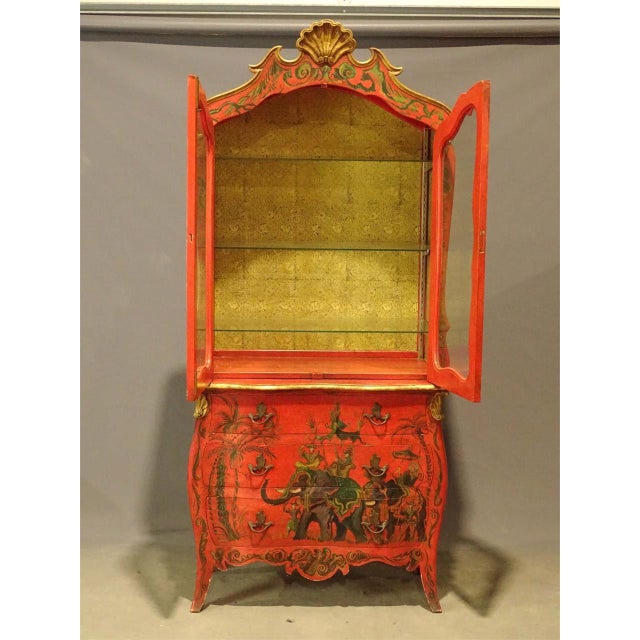 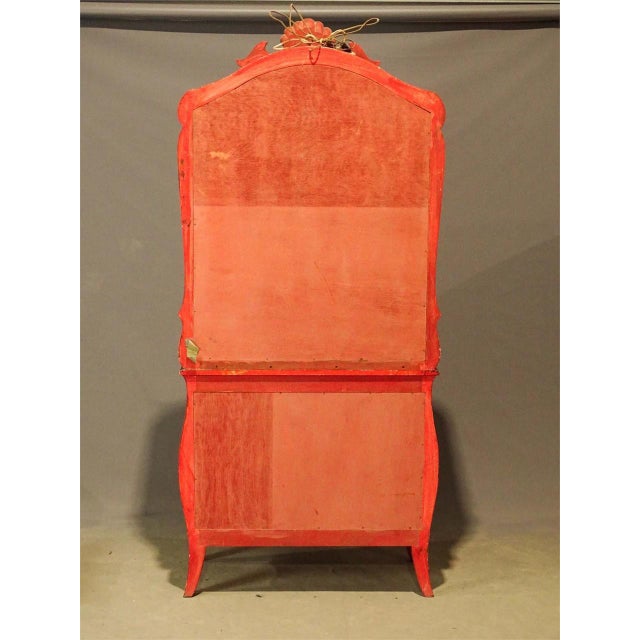 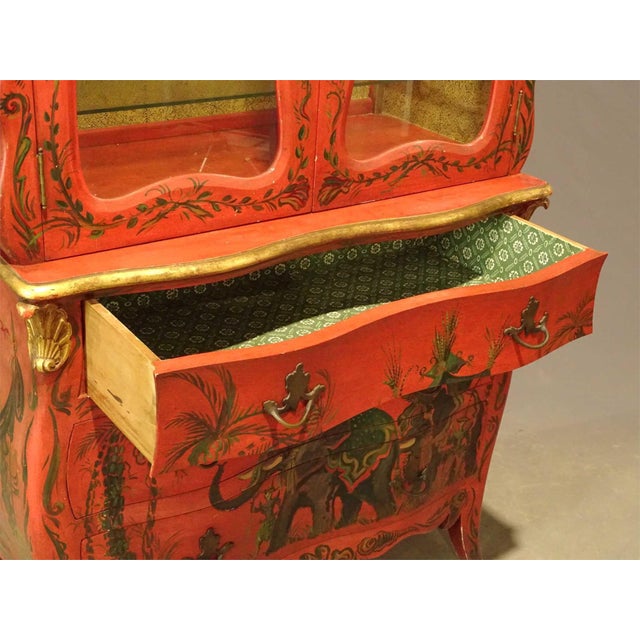 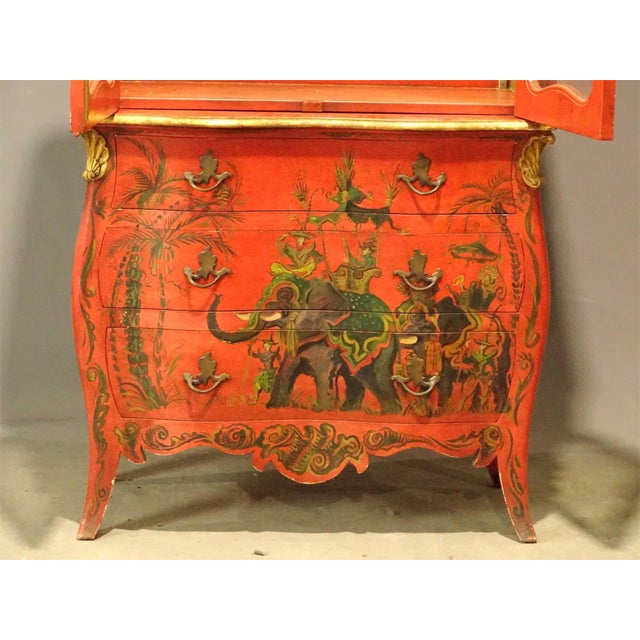 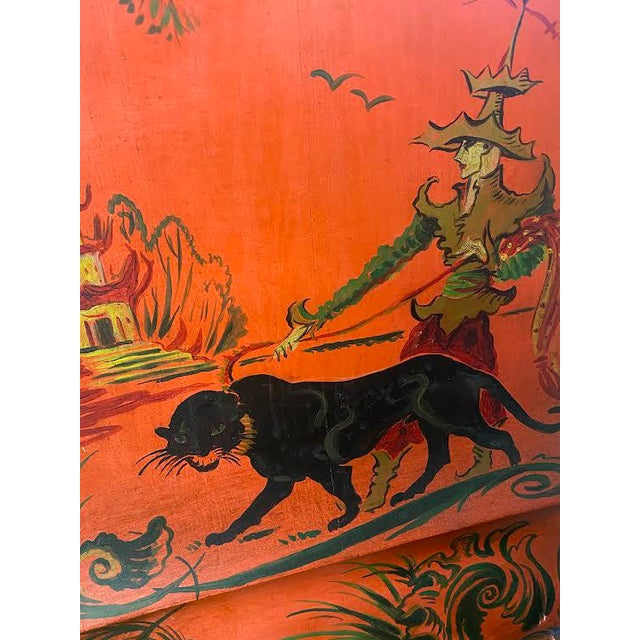 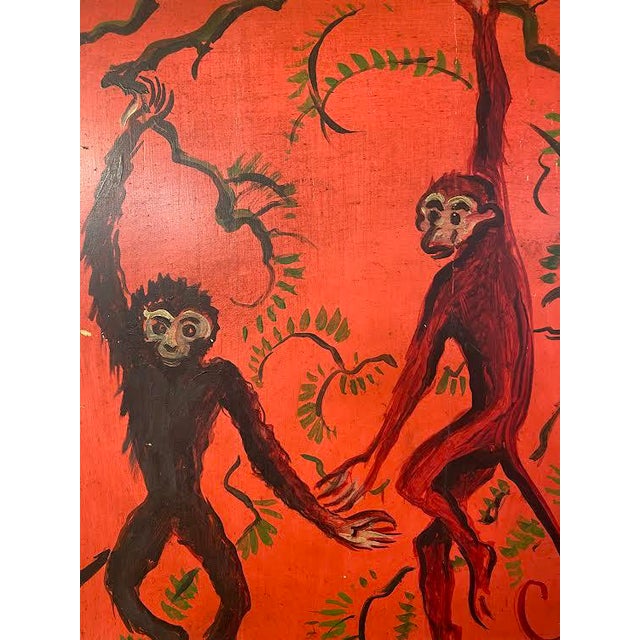 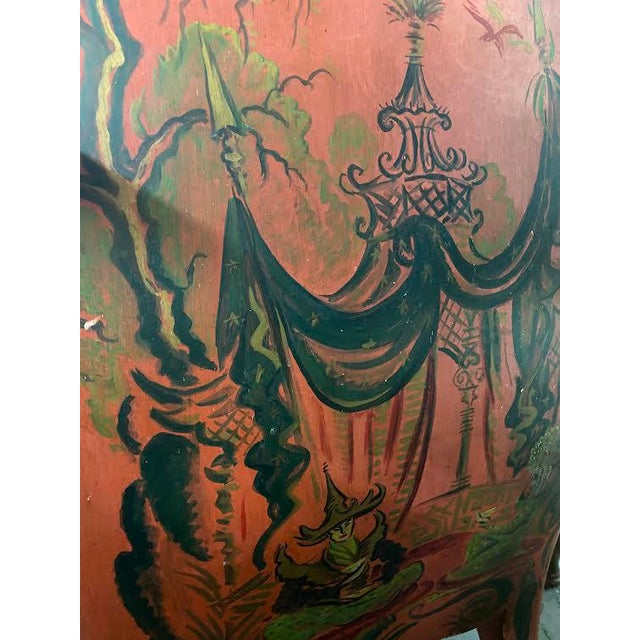 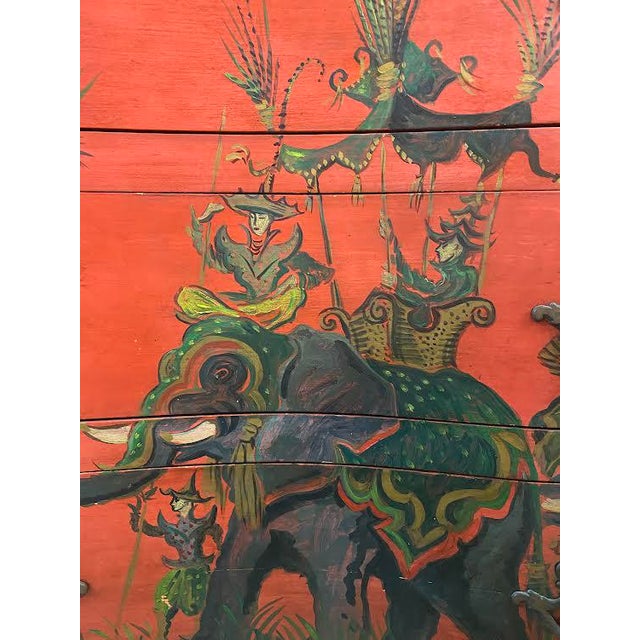 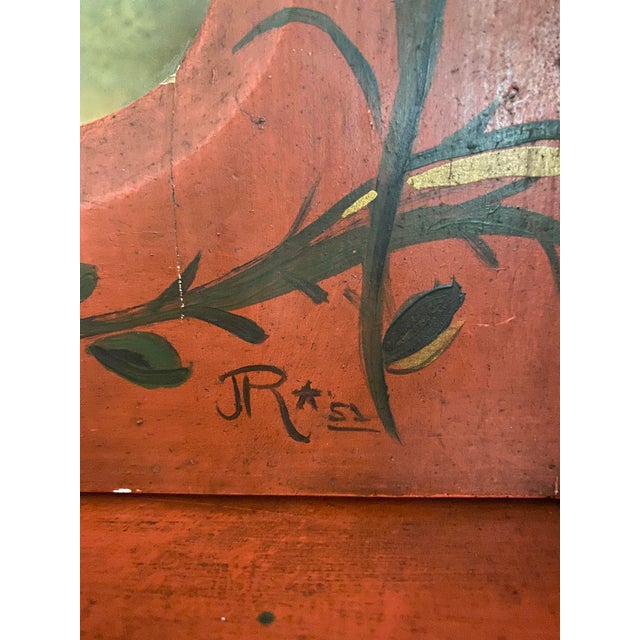 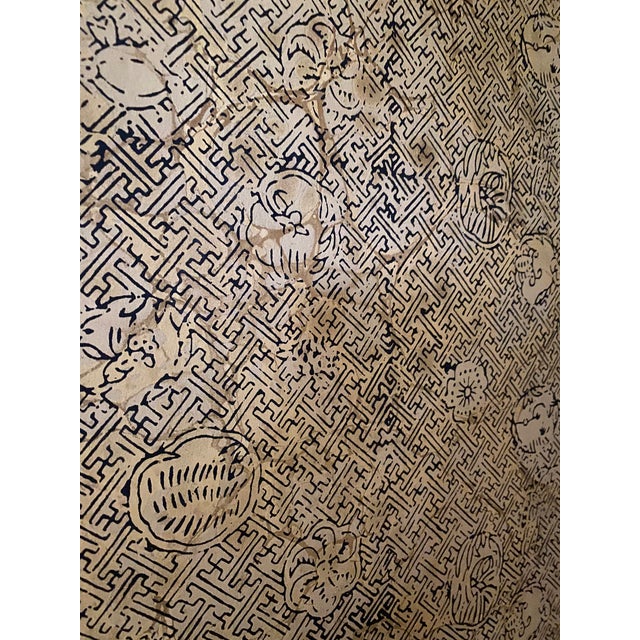 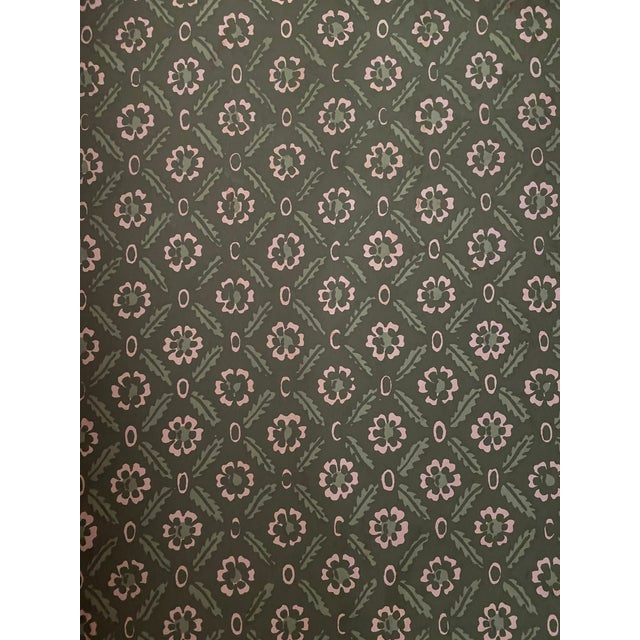 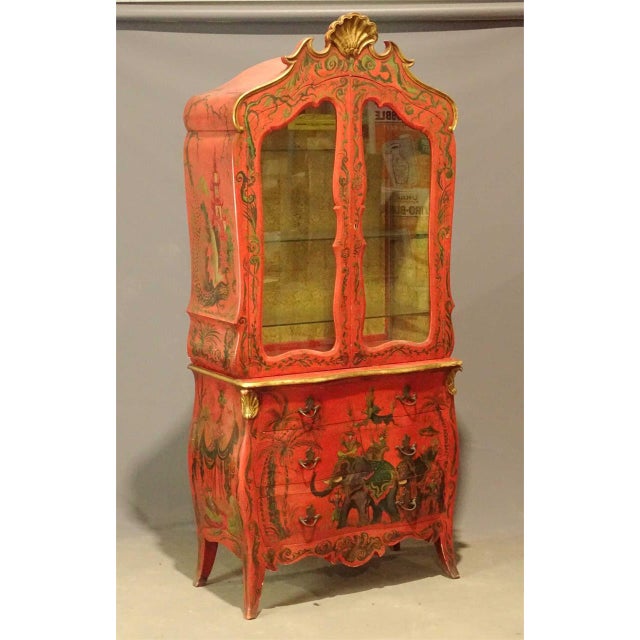 An element of classic traditional decors conceived by interior decorators such as Elsie de Wolfe, Sister Parish, Jansen, and Mario … moreAn element of classic traditional decors conceived by interior decorators such as Elsie de Wolfe, Sister Parish, Jansen, and Mario Buatta, red lacquer case pieces — such as this glass-door vitrine set atop a commode with three drawers that are lined in decorative paper — came into fashion in the eighteenth century. This unique example, signed and dated, was painted in 1951 by James Reynolds (né Harold Warner Reynolds, 1891-1957), an award-winning costume and set designer, book illustrator, author, and wallpaper and textile designer who was born in New York City and died in Bellagio, Italy. His works include murals for the Palladian Ballroom at the Omni Shoreham Hotel in Washington, D.C., the Old Warson Country Club in St. Louis, Missouri, Italy's Villa Torrigiani, near Padua, and Manhattan's House of Hellas, the headquarters of the Friends of Greece. He also painted a portrait of Happy Landing, a racehorse owned by beer heiress Mrs August Busch, and designed costumes for the 1921, 1922, and 1923 editions of the Ziegfeld Follies as well as for Jerome Kern's musical "Sunny", Cole Porter's "Fifty Million Frenchmen", and Charles Dillingham's production of "The Last of Mrs Cheney". Reynolds's paintwork on the item offered here reflects a postwar evocation of the European craze for chinoiserie in the 1700s, its coral-red lacquer finish richly embellished with hand-painted Asian scenes populated with strutting peacocks, towering pagodas, swaying palm trees, gleeful monkeys, and Thai-costumed figures guiding a pair of caparisoned elephants, the howdahs sheltering a mandarin and his wife. The fantastical effect recalls the Rodgers & Hammerstein musical "The King and I", which had its Broadway premiere the year that Reynolds painted this extravagant furnishing. The presence of shells, both carved and painted, underscores the exotic impression. It is made in two pieces: the electrified vitrine sits atop the commode. Reynolds signed the piece, as well as a matching cocktail table, with his initials, J.R., followed by a five-pointed star and the date. The case piece itself, styled after 18th-century Genoese furniture, likely was sourced from Lavezzo, Inc., the Manhattan furniture shop of Reynolds's friend Daniel H. Lavezzo (his family long owned the old-guard pub P. J. Clarke's), which was noted for "Period Reproductions", per a 1945 guidebook, and for its Italian-style furnishings, per Reynolds's book "Baroque Splendour" (1950). Lavezzo's firm provided Vintage furniture and lighting to Vizcaya, the great Miami mansion of James Deering, and designed a custom-made headboard for actress Marilyn Monroe; John D. Rockefeller was also a client. less