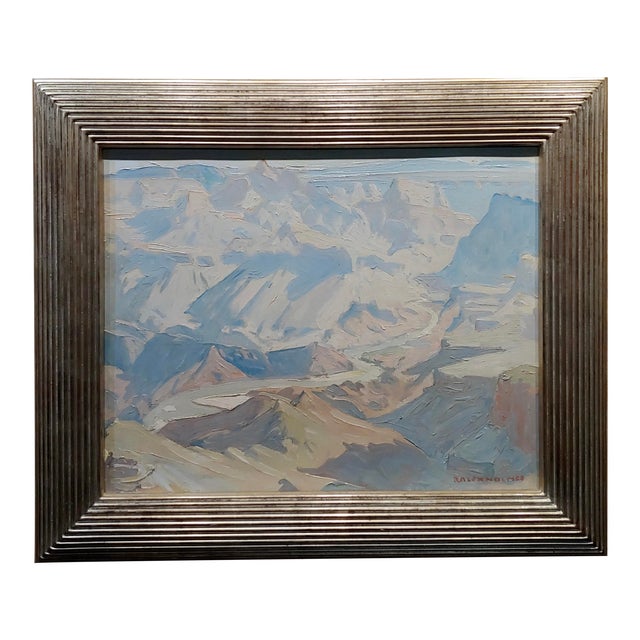 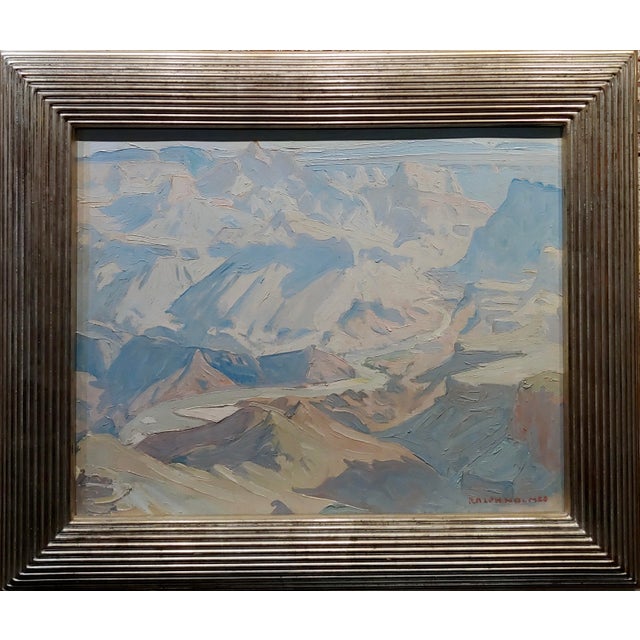 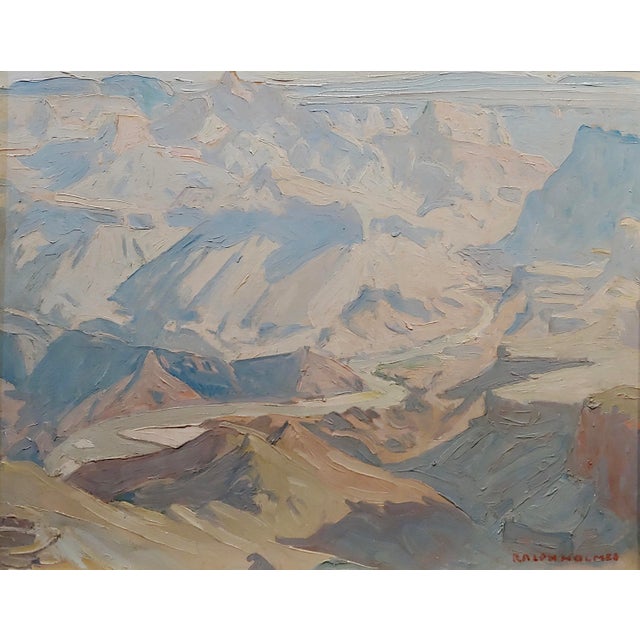 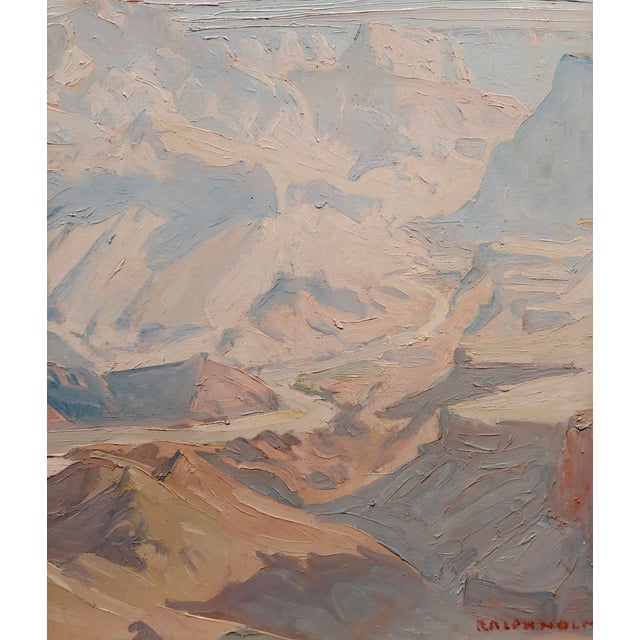 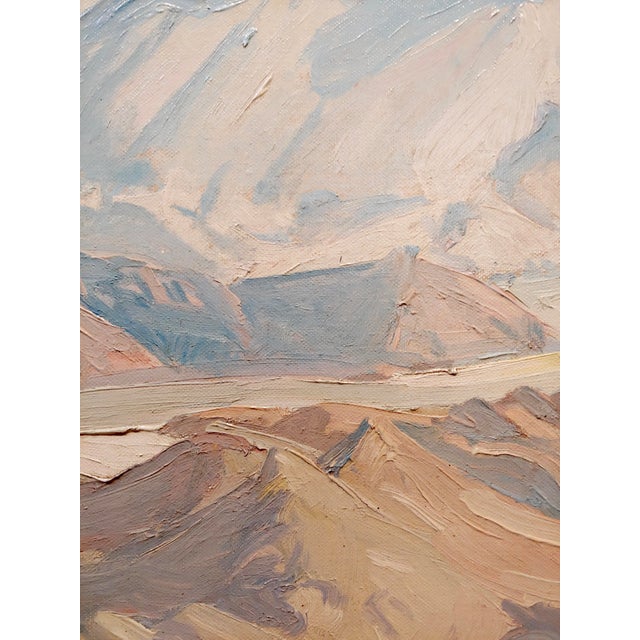 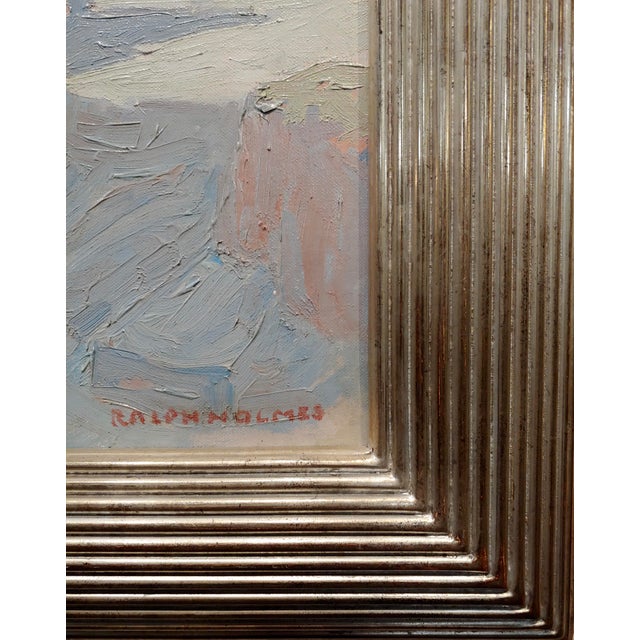 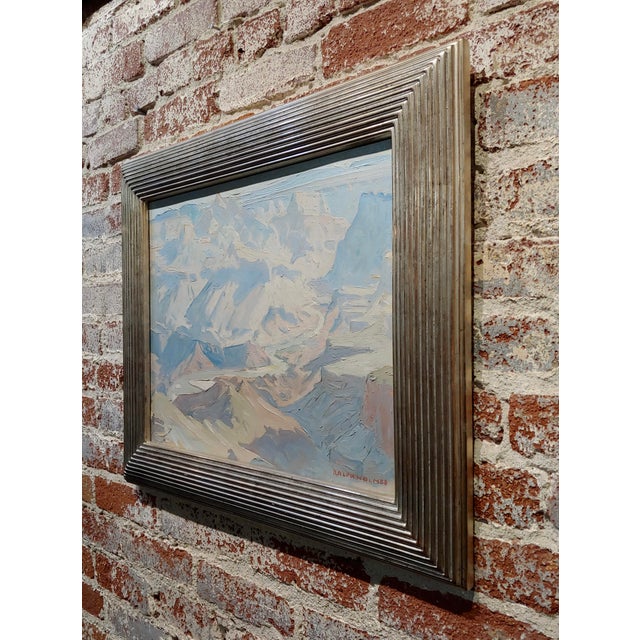 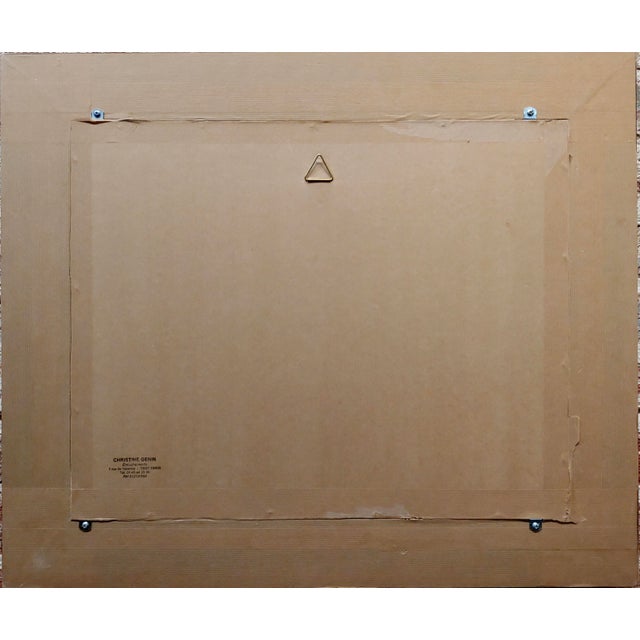 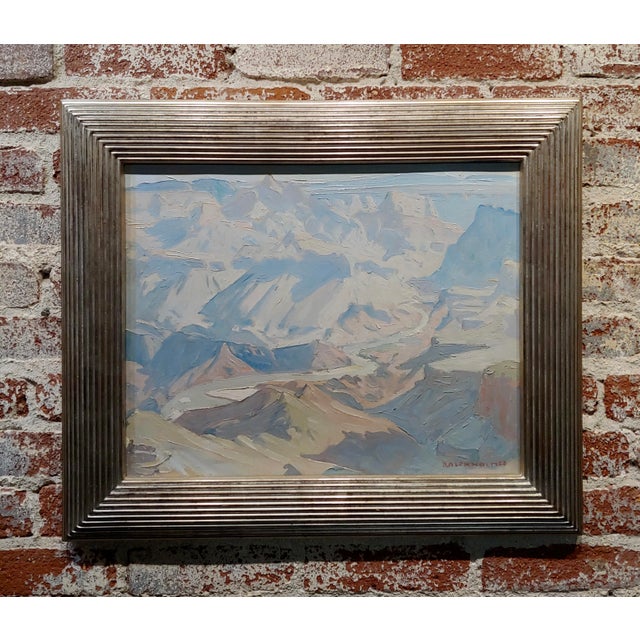 Artist Biography
Ralph William Holmes (1876 - 1963) was active/lived in California, Illinois.He is known for Landscape and mural painting, teaching.
Painter, muralist who helped the Colony artistically in many different ways before he moved permanently to Los Angeles c. 1923. Manager of Cloisters at Morro Beach where he painted murals and hung his paintings. Taught a class in painting, July 1920. “He was, between 1917 and 1923, E. G. Lewis’ staff artist, and his graceful, two-dimensional murals, elegant in line with hints of art nouveau, were displayed in the Colony’s public buildings and finer private homes. An experienced teacher and administrator, he was also involved in architectural planning, Lewis’ many publicity fliers and civic beautification. His oils were reproduced on colony bulletins, magazines and brochures. He was regarded in those early days not only as a painter, but as a respected friend. A story in this paper said more than 60 years ago, ‘If there is anyone in Atascadero more willing and more able to help out in any emergency than Ralph Holmes, the noted artist, he has not yet been found.’ In many ways Holmes was the quintessential early 20th century California artist. He was born near Chicago, Ill., and trained in that city at the famed school of the Chicago Art Institute. After the obligatory bohemian tour to Europe – he worked out his passage on board a cattle ship – he returned to the institute, and became a major force there on the staff. In 1912 he accepted a position as head of the Department of Art at the Carnegie Institute of Technology in Pittsburgh, Pennsylvania. In addition, he executed murals and smaller oil works on commission in Pittsburgh and New York. When summoned to Atascadero by Lewis, Holmes was 41. As has happened to many other artists coming here from the east, he was struck by the incredibly beautiful and varied landscape. The dramatic effect of strong sunlight and sharp shadows cast over rugged terrain fascinated him. He was to spend the bulk of his remaining creative life as a California landscapist and nature painter. Not that Holmes’ oils and sketches are stark imitations of trees, oceans and mountains. They were, rather, stylized perceptions of forms utilizing broad planes of flat color. ‘He thinks of a picture as a mural,’ said one critic, ‘preserving its flat plane on the wall.’ This approach gives much of Holmes’ work a hewn elegance that gets to ‘the bones of things’, transmuting objects into near abstraction. One gets the feeling that Holmes’ landscapes were largely internal, and that nature, for him, was simply a road toward his own imagination. He strove for a personal realism. Herman Reuter of the Hollywood Citizen-News said, in 1919, of a Holmes exhibition,” … “Ralph Holmes’ Daughter, a Longtime Local Resident, Patricia Holmes Bissell was only five years old when her father, painter Ralph Holmes, and mother Esther Holmes, came to Atascadero. It was 1917, and the family spent their first night at the Atascadero Inn. The Holmes’ separated following their six-year stay in the Lewis colony and Ms. Bissell’s memories of her father, and her early girlhood, are vague. But she still has images of her father working, of a town dance – bits and pieces of a time when Atascadero was a blank canvas, a vision carried in the mind of E. G. Lewis. Of her father, she said, ‘His whole life was painting. He would go out into the hills and set up his easel and paint. He didn’t have a studio, and I don’t know how much painting he did here. I know when he got to LA.… …‘He gave the town founder art lessons,’ said Ms. Bissell, who met Lewis, and remembers him. ‘He was a small man. My father was over six feet tall, so in comparison he was small. It seemed like he always wore gray. I was too young to judge about his personality, but I guess he must have had a lot of charisma, the things he did. He sort of gave my father a con job. My father was head of the art department at Carnegie Tech, and (Lewis) called him out here to work for him. And then he really didn’t know what to do with him when he got him here.’ Ms. Bissell said, in addition to art lessons, Holmes was art editor of Lewis’ Illustrated Review, and painted several murals. Only those in the Masonic Temple survive,” per “Artist in Residence: Ralph Holmes Captured the Colony on Canvas,” Atascadero News, Oct. 18, 1989, “Colony Days Edition” with port. and repros. of “Stonework” (a SW pueblo), “In the Park” and “The Picnic.”